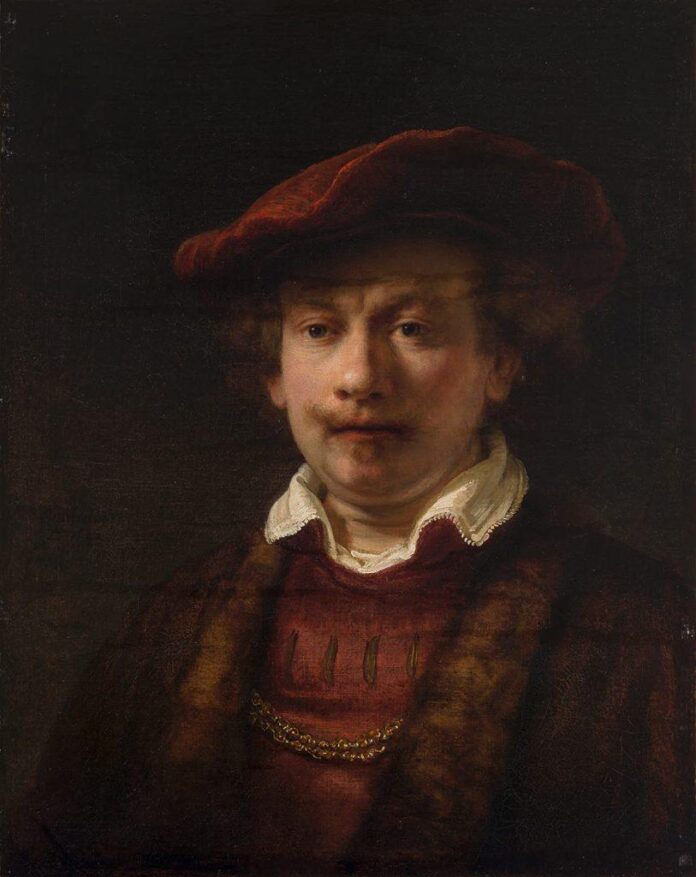 After a long and winding road, a painting depicting Dutch Golden Age master Rembrandt van Rijn is back on view in the Netherlands for the first time in more than five decades. The question of who actually painted , however, remains unanswered.

Last month, the picture went on display at the Escher in Het Paleis, a former royal palace in The Hague named for its collection of work by Dutch graphical artist M.C. Escher. Its presentation was timed to coincide with the publication of a new book, , which details the surprising history of the artwork.

The publication was commissioned by the picture’s current owner, Johann Eller. And writing it convinced the book’s author—art historian and Rembrandt expert Gary Schwartz—that the work is an autograph self portrait.

“It was accepted unconditionally as a Rembrandt from 1823 to 1969,” he told the . “It’s a canonical image, and no one else painted those kinds of images. I simply don’t see why it would be doubted.” The painting depicts the master at around the age of 37. 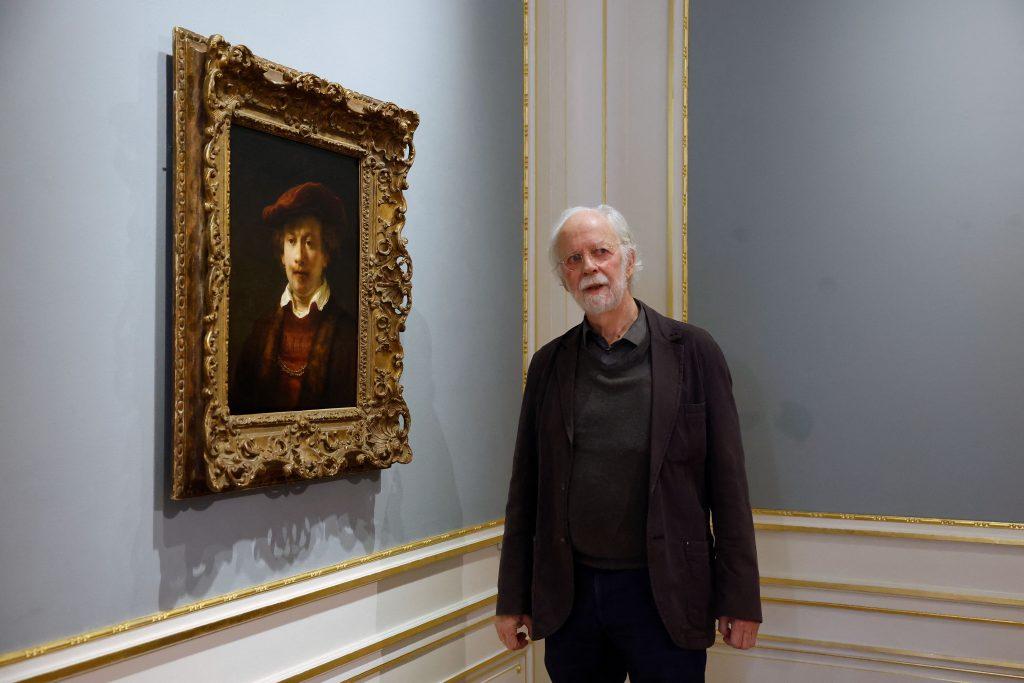 Dutch Rembrandt specialist Gary Schwartz poses next to , either by Rembrandt van Rijn or his studio, at the Escher in Het Paleis in the Hague. (Photo by Bas Czerwinski/ANP/AFP via Getty Images).

But as he began investigating the work’s checkered past at the behest of its current owner, Schwartz uncovered a twisting tale far more intriguing than a simple question of authorship.

The first known record of the painting dates to 1823, when it was in the collection of King Willem II of the Netherlands. His son, Prince Hendrik, displayed it at the Het Paleis from 1850 to 1879. The canvas was inherited by Wilhelm Ernst, a German grand duke, who lent it to the Grand Ducal Museum, in Weimar, Germany, in 1909. There, it was stolen in a 1921 heist.

It was a daring theft that involved scaling the building, climbing up a lightning rod, and entering through a window. At the time, a newspaper noted that the robbers had made off with a “world-famous self-portrait of the Dutch master, a work from his best period, painted one year later than the famous in Amsterdam.”

Later reports claimed that two men confessed to the burglary, but the painting was never recovered, despite a reward of 100,000 Deutsche Marks.

From there, the trail went cold for over two decades, until 1945, when a woman named Anna Cunningham showed up at the Dayton Art Institute in Ohio and presented the painting to the museum’s director Siegfried Weng. He immediately recognized the stolen canvas—by then heavily damaged—and suspected it had been looted during World War II.

Cunningham’s husband, a plumber named Leo Ernst, had told her a different story. He claimed that while visiting New York City in 1934, he got drunk with a group of German sailors and woke up to find three mysterious canvases in his hotel room the next morning. He said he had kept the Rembrandt in his closet ever since.

After briefly exhibiting the picture at the Art Institute, Weng decided to turn it over to the Art Looting Investigation Unit in Washington, D.C., led by Charles Henry Sawyer, one of the Monuments Men who had worked to preserve and recover cultural heritage during the war. The government confiscated the work, and for 20 years it was housed at the National Gallery of Art in D.C.

In 1965, President Lyndon B. Johnson decided it was high time that the U.S. returned artworks seized during the war. The government sent the portrait of Rembrandt to West Germany in 1967, with the painting eventually making its way back to an heir of Wilhelm Ernst, who sold it in 1983 to Eller. (Schwartz’s research involved combing through declassified government documents for mentions of the canvas.)

Since a 1969 update to Abraham Bredius’s catalogue raisonné of Rembrandt’s work, has been attributed to the Dutch master’s pupil Ferdinand Bol, or dismissed as the work of the artist’s studio—or even as a later copy.

Schwartz believes that the poor condition of the work is negatively influencing experts’ opinions about the piece, which is now being shown publicly for the first time in 55 years.

“It’s my damaged Rembrandt,” he said. “Because there’s so much missing and it has been painted over, it makes the wrong impression when you see it for the first time.”

Should scholars come to agree with Schwartz’s assertion that it is a Rembrandt, its value would skyrocket.