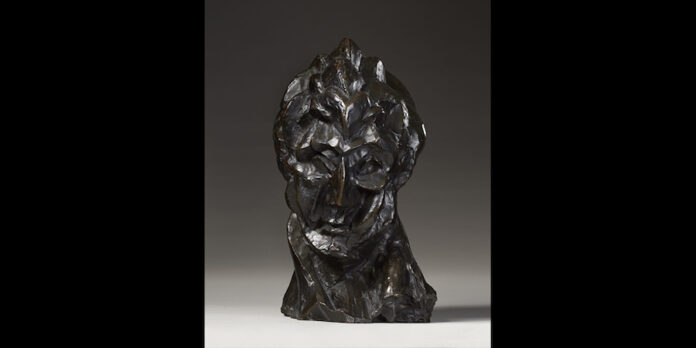 The Metropolitan Museum of Art in New York is selling a valuable bronze cast of a woman’s head by Pablo Picasso, dated to 1909, at Christie’s this May. The museum said that it is deaccessioning the early piece, which is the first sculpture the artist ever produced in his Cubist-style and has been in the collection for more than two decades, because it owns another version of the same work that was recently donated by Leonard Lauder, one of the world’s top collectors of Cubist art.

According to Christie’s spokesperson, the work’s value carries an estimate upon request and is expected to fetch around $30 million. It will be sold during a New York 20th Century Art evening sale; the auction’s exact date has not yet been announced.In a statement, the Met said the proceeds from the sale of Tête de femme (Fernande) will go toward acquisitions of new works for the museum’s permanent collection, aligning with a policy set in place by the Association of Art Museum Directors (AAMD), an organization that designates rules for art institutions operating in the U.S. The Met said it deaccessions works valued over $50,000 on an annual basis, after its curators review the permanent collection for duplicate works that are eligible to then be sold.

Picasso made around 16 bronze casts of the piece, which depicts the French artist and model Fernande Olivier. In a statement, Marc Porter, Chrisitie’s Americas Chairman, described the present work as “a rare example” of the artist’s work coming to the secondary market, saying that it represents “an absolutely crucial moment in the development of Picasso’s artistic practice, Cubism, and the art historical canon at large.”The bronze sculpture entered the museum’s collection in 1995 when it was donated from the estate of Florene M. Schoenborn, who was a life trustee of the Museum of Modern Art. The duplicate cast, Head of a Woman (Fernande), which the museum has opted to keep, was given by Lauder, a current trustee of the Met who promised 78 works from his collection of Cubist art to the Met in 2013.

The upcoming sale comes on the heels of a $125 million gift from another longtime trustee of the Met, retired financier Oscar Tang. That donation, announced in December, will see the galleries that house the Met’s Lauder Cubist collection renovated. Tang’s donation came after a period of financial fallout at the Met since the onset of the pandemic that saw the museum suffer a budget shortfall of $100 million in 2021 and led to other works being deaccessioned.“We are extraordinarily privileged to have had two casts of Picasso’s first Cubist sculpture—a masterpiece—thanks to the generosity of great patrons past and present,” Max Hollein, the Met’s director, said in a statement. The sale’s funds, Hollein said will, “enable the Museum to further prioritize acquisitions of major outstanding works of art.”

It Took Eight Years, an Army of Engineers, and 1,600 Pounds of Chains to Bring Artist Charles Gaines’s Profound Meditation on America to Life....