Home News ‘That Was the Jewish Girl’s Boogeyman’: Photographer Collier Schorr on How Visiting... 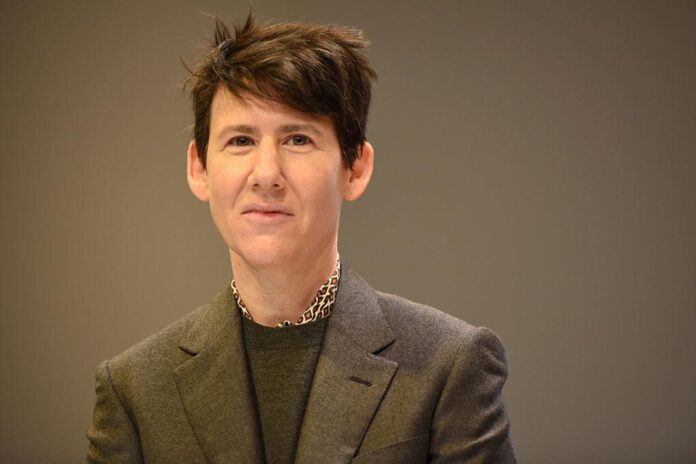 This summer, MACK is publishing the third volume in the “Forests and Fields” series of artist books by the American photographer Collier Schorr. Titled the book comprises two decades’ worth of Polaroids that Schorr took while on annual trips to Schwäbisch Gmünd, a town in Southern Germany. Unlike the previous two volumes, which focused on the natural landscape and local population, homes in on a group of adolescents that Schorr returned to year after year, sometimes casting them as models dressed in German army uniforms.

Although widely known as a fashion photographer, Schorr’s artistic practice extends far beyond glossy magazine covers; she probes issues of nationality, religion, sexuality, and gender in resonant still lifes and portraits. Part of the recurring visits to Germany for Schorr was to confront her own Jewish identity. In an exclusive interview with Art21 filmed back in 2003, Schorr explained her interest in military history and masculinity.

When the artist first arrived in the country, she was taken with the quaint rural setting, which felt at odds with what she had always believed the land to be: a site of trauma. “I always saw it from the side of the Jew who felt victimized, or the Jew who felt oppressed. I was very comfortable in that role for many years. But being in Germany for a longer amount of time, my experience changed,” she said. After shooting images of young German boys playing hide and seek and wrestling, Schorr decided to stage imaginary battles, recreating scenes of a military occupation populated by contemporary youths.

“So much of my work—especially portraits of large, blond, strong guys—is really about confronting an Aryan myth that terrified me as a little girl,” Schorr explained. “I would read books like the … and that was what you were scared of. That was the Jewish girl’s boogeyman, the big blond guy coming up the stairs.”