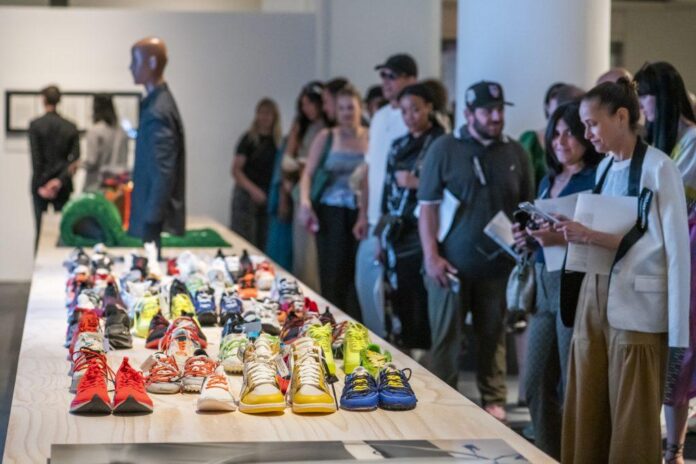 One Woman’s Fight to Keep Her (Possibly Fake) Chagall From Being Destroyed – Collector Stephanie Clegg is in a standoff with Sotheby’s after she sought to resell what she thought was a Marc Chagall painting she had bought at the auction house in 1994 for $90,000. Sotheby’s advised her to send the work to Paris to be authenticated—but, to her surprise, the panel deemed it a fake. Now, the authenticators want to destroy the work. Clegg is requesting Sotheby’s pay her $175,000; Sotheby’s says its authenticity guarantee from the 1994 sale has expired, and offered instead a credit of $18,500—equivalent to its original commission. (New York Times)

David Hockney Talks Cigarettes, Picasso, and Painting Harry Styles – The legendary artist moved to France so that he can smoke, and he carries around a pair of cigarette butts in his pocket (don’t worry, they are actually sculptures by an unknown artist he picked up at a gallery in Berlin). On the occasion of a trio of shows at the Fitzwilliam Museum, Cambridge; Salts Mill, Saltaire; and at the Holburne Museum, in Bath, Hockney tells the about his recent shift from landscape painting to freehand portraits. (Guardian)

The Gift Shop at the Brooklyn Museum Is New York’s Hottest Store – The longest line at the Brooklyn Museum these days is not to enter the highly anticipated exhibition “Figures of Speech,” a retrospective of designer Virgil Abloh. It’s to enter the show’s gift shop. But some visitors skipped the line entirely and tried to convince the museum guards to offload their own sneakers, which were designed by Abloh as part of a custom security uniform. One man offered a guard $2,000 in cash on the spot. Unfortunately for the guards, they can’t even take the uniforms home—they have to lock them in a locker at the end of the day. ()

Documenta Artist Group Doubles Down on Apology – Ade Darmawan, of the collective Ruangrupa who organized Documenta 15, again apologized “for the pain and fear that the antisemitic elements in the figures and drawings caused” during the German Parliament’s culture committee meeting on July 7. The committee is discussing the appearance of antisemitic imagery in Taring Padi’s work at this year’s Documenta. The work has been removed. ()

Academy Museum Appoints Director – Jacqueline Stewart, who joined the Los Angeles museum in January 2021 and currently serves as its chief artistic and programming officer, will take the helm as director and president beginning July 18. Stewart was awarded a MacArthur “Genius” grant in 2021 for her work ensuring that overlooked Black filmmakers get their due; she is also the first Black host of the Turner Classic Movie “Silent Sunday Nights” series. Stewart succeeds Bill Kramer, who is joining the Academy of Motion Picture Arts and Sciences as chief executive. (LA Times)

Art Basel Names Exhibitions Director – Art Basel has appointed Vincenzo de Bellis to the newly created position of director, fairs and exhibition platforms. De Bellis currently works as curator and associate director of programs at the Walker Art Center in Minneapolis, Minnesota, and was formerly artistic director of Miart. In his new role, which begins in August, he will focus on shaping new events and initiatives beyond the art fairs. (Press release)

NIGO’s Vintage Collection Gets a Museum Show – The Tokyo-based Bunka Gakuen Fukushoku Museum, part of the renowned Bunka Fashion College, is staging a show dedicated to the Human Made designer and art collector’s impressive trove of vintage clothing. The exhibition, titled “The Future Is in the Past,” runs from September 14 through November 13. (HighSnobiety)

Southern Cultural Treasures Announces Grantees – A new program from the Ford Foundation and the nonprofit South Arts, designed to support culture in the Southern U.S., has announced the recipients of its first round of $6 million grants. They include  the Otis Redding Foundation in Macon, Georgia; the Diaspora Vibe Cultural Arts Incubator in Miami, Florida; and Asia Institute, Inc. in Louisville, Kentucky. ()

See Dawn Ng’s Stunning Installation in a London Church – Artist Dawn Ng has installed several show-stopping artworks inside a church in London’s Marylebone neighborhood. Curated by Jen Ellis’s APSARA Studio and presented by the gallery Sullivan+Strumpf, the show at St. Cyprian’s explores the theme of time as captured in ice. “Into Air” is on view until July 23. () 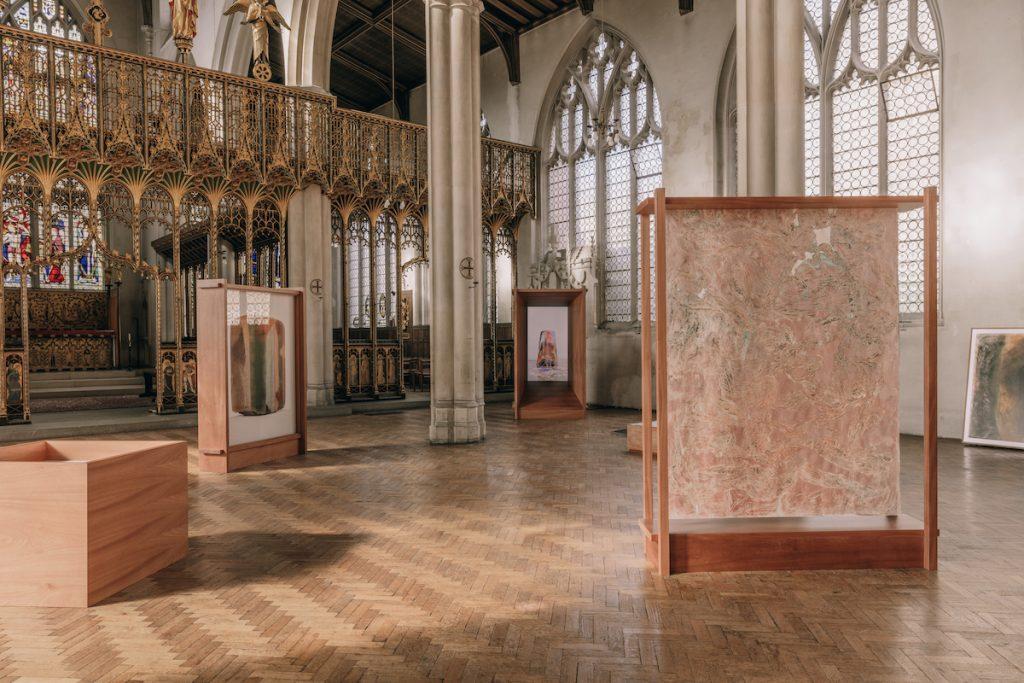 Exhibition view of “Into Air” by Dawn Ng, 2022, photography by James Retief