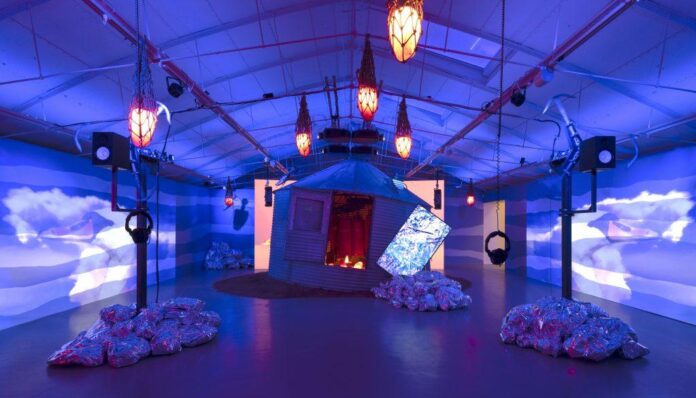 The Turner prize has returned Liverpool for first time in 15 years. Though the four shortlisted installations are like mini-retrospectives, the exhibitions this year share several themes that address pressing contemporary issues.

The showcase of Heather Phillipson, Ingrid Pollard, Veronica Ryan, and Sin Wai Kin—four U.K.-based artists nominated for the coveted prize which opens to the public at Tate Liverpool on Thursday, October 20—could give the audience the impression of “an exhibition of exhibitions,” said the museum’s senior curator Sarah James. It was “a beautiful coincidence,” the curator said, that the artists’ presentations shared common ground despite their vastly different practices. 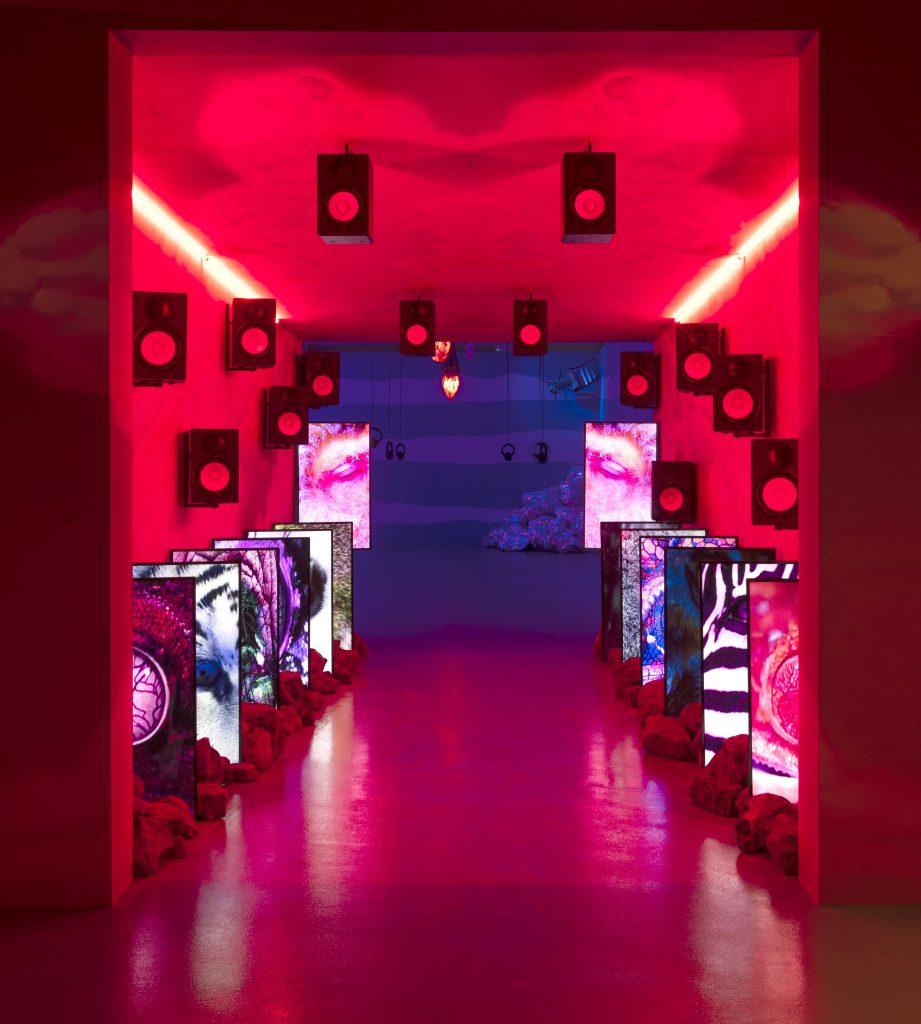 James said the thematic overlaps may “the product of this massive, collective, shared experience of the pandemic and lockdown, and the fact that maybe we’re sort of feeling slightly more solidarity than we might normally be.”

The presentation of each of the shortlisted artists—three women and one non-binary artist of diverse age ranges and cultural backgrounds—begins with the striking, mixed-media installation (2022) by the London-born, 44-year-old Phillipson.

The work is a re-imagination of her Tate Britain solo exhibition that closed in January this year, the same show that earned her the current nomination. It invites the audience into an exhibition space transformed into an otherworldly setting of sumptuous colors conjured by a series of moving image projections and installations repurposing motorized ship anchors into wind turbines and gas canisters into wind chimes. Phillipson’s imaginary world is known as a “mutated habitat” in organizers’ words, but it evokes an apocalyptic feeling.

This is juxtaposed with a serene, yellow room created by the 68-year-old Ryan. The subtle repurposing of everyday materials, from fruit to takeaway food containers, feathers, paper, or even pillows and bandages, is not just about “psychological resonance” and the “extended self,” in the artist’s words. The resulting plant-like sculptures and installation pieces relate childhood memories with distant histories of global trade, while commenting on environmental and ecological issues. There’s a karaoke screen, boy band dance choreography, and even autographed posters, but beneath the fantasy and the symbolic, colorful painted faces of Sin’s characters is the questioning of identity, body politics, and queer coding. Sin’s lyrical video work (2021), draws inspirations from Chuang Tzu’s ancient Taoist classic , which is also on show.

The study of body and identity politics is differently approached in the 68-year-old Pollard’s thoughtful presentation that revolves around racism within the context of British history. The show features the powerful (2021), which includes a set of three kinetic sculptures made with everyday objects referencing to the gesture of a young Black girl from a 1944 colonial propaganda film. Was girl bowing down or sinking into a deep curtsy? The uneasy movements of the kinetic sculptures offer interpretation from multiple perspectives.

Wet Paint in the Wild: Artist Genevieve Goffman Art-Handles Her Own Work and Confronts a Three-Headed Death Hound