Home News The $250 Million Guelph Treasure Will Not Be Returned to the Heirs... 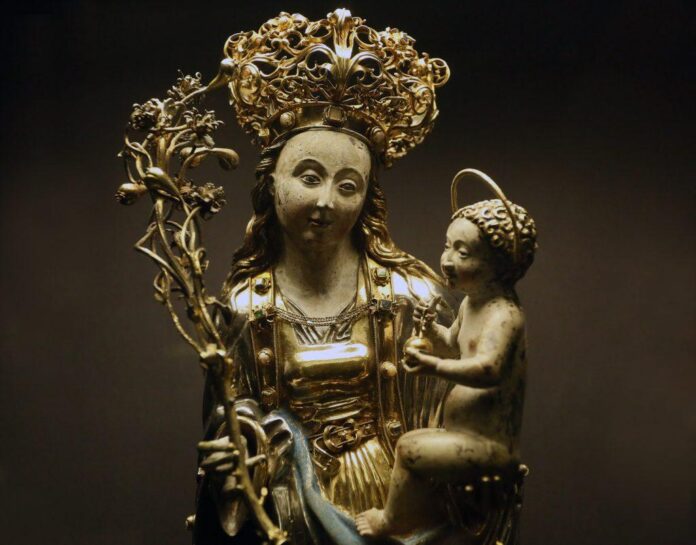 The quest to reclaim the Guelph Treasure, which the heirs of a consortium of Jewish collectors believe was sold under duress to the Nazi government, has hit yet another roadblock.

The U.S. District Court for the District of Columbia has granted a motion to dismiss a 2015 restitution lawsuit against the Stiftung Preussischer Kulturbesitz (SPK), the state-run German museum foundation that owns the trove of Medieval devotional objects. The grounds for dismissal was lack of jurisdiction for the case in the U.S.

“SPK is pleased with the district court’s ruling, which affirms SPK’s long-held assessment that this lawsuit seeking the restitution of the Guelph Treasure should not be heard in a U.S. court,” SPK president Herrmann Parzinger told the Associated Press. “SPK has also long maintained that this lawsuit lacked merit, as the Guelph Treasure’s sale in 1935 was not a forced sale due to Nazi persecution.”

The 82-piece Guelph Treasure, or the Welfenschatz in German, is said to be worth as much as $250 million, with ornate silverwork, relics, altarpieces, and gold and silver crucifixes. The largest publicly owned collection of its kind in Germany, the treasure is currently on view at the Museum of Decorative Arts in Berlin.

“My clients are disappointed in the District Court’s ruling,” Nicolas O’Donnell, the attorney for the heirs, told Artnet News in an email. “Most disappointing, of course, is that Germany continues to defy its commitments under the Washington Principles of 1998 and its own Joint Declaration to seek just and fair solutions for art misappropriated by Germany during the Holocaust. We are reviewing the decision and options to appeal.” 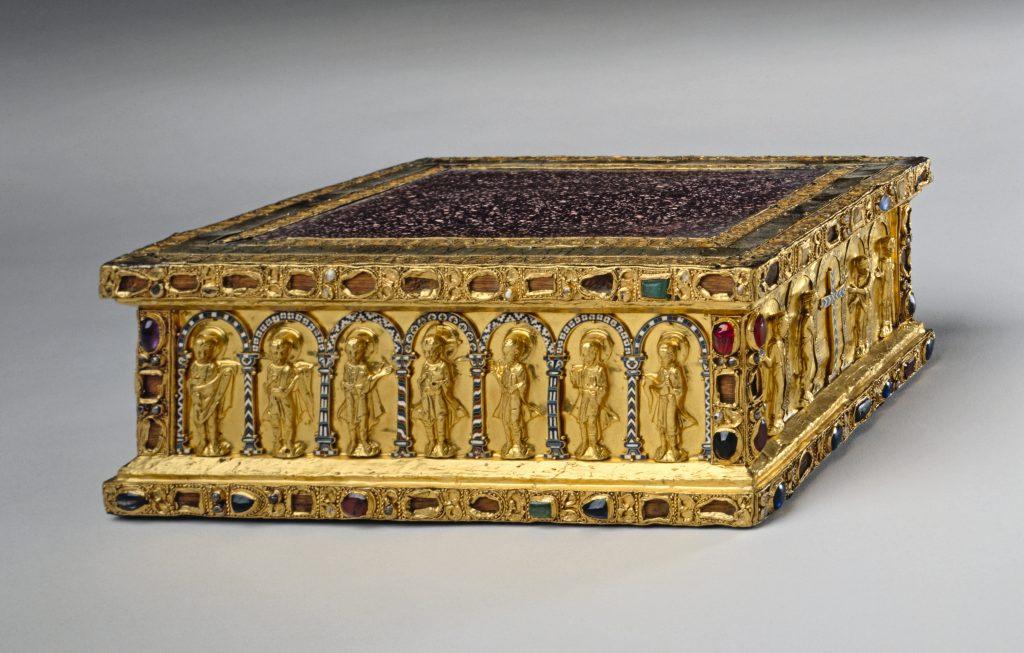 Portable Altar of Countess Gertrude (ca. 1045). Commissioned by Countess Gertrude of Brunswick, this portable altar is one of the Guelph Treasure’s earliest and most ornate objects, made of gold and gems. Photo by Heritage Arts/Heritage Images via Getty Images.

The long-running legal battle over the treasure began in 2008 in Germany, where the heirs of Jewish collectors Zacharias Hackenbroch, Isaac Rosenbaum, Saemy Rosenberg, and Julius Falk Goldschmidt claimed that their sale of the treasure in 1935 had been forced. The artifacts, the lawsuit contended, had sold for less than market value—10 percent less than the consortium had originally paid in 1929.

A German commission disagreed, finding in 2014 that the Great Depression, not Jewish persecution, accounted for the difference in price. Undeterred by the non-binding ruling, the heirs filed a new case in the U.S. in 2015. 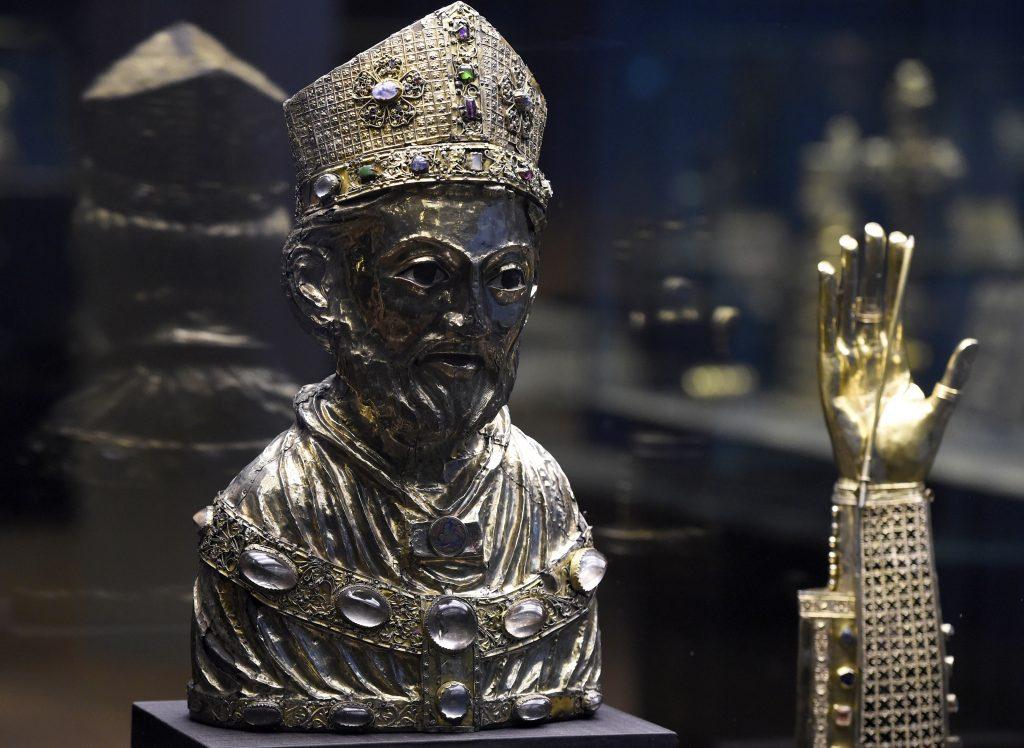 A bust reliquary of Saint Blaise from the Welfenschatz, or Guelph Treasure is pictured at the Kunstgewerbemuseum, or Museum of Decorative Arts, in Berlin. Photo by Tobias Schwarz/AFP via Getty Images.

Germany evoked the Foreign Sovereign Immunities Act, which limits the circumstances under which U.S. plaintiffs can sue a foreign government, but a Washington, D.C., District Court allowed the case to proceed in 2017.

The decision was upheld twice on appeal, and then went before the Supreme Court, which sent it back to the District Court, with SPK as the only remaining defendant. It was a landmark decision that could hamstring Holocaust-era restitution efforts.

The issue the Supreme Court wanted the District Court to resolve was whether the Jewish collectors were German nationals at the time of the treasure’s sale—and whether the plaintiff had preserved the right to raise this argument in the earlier legal proceedings.

For the transaction to have violated the law of “domestic takings,” the country would have had to have seized the property from a foreign national. In such an instance, the case would then fall under the expropriation exception, which would allow it to be heard in the U.S. 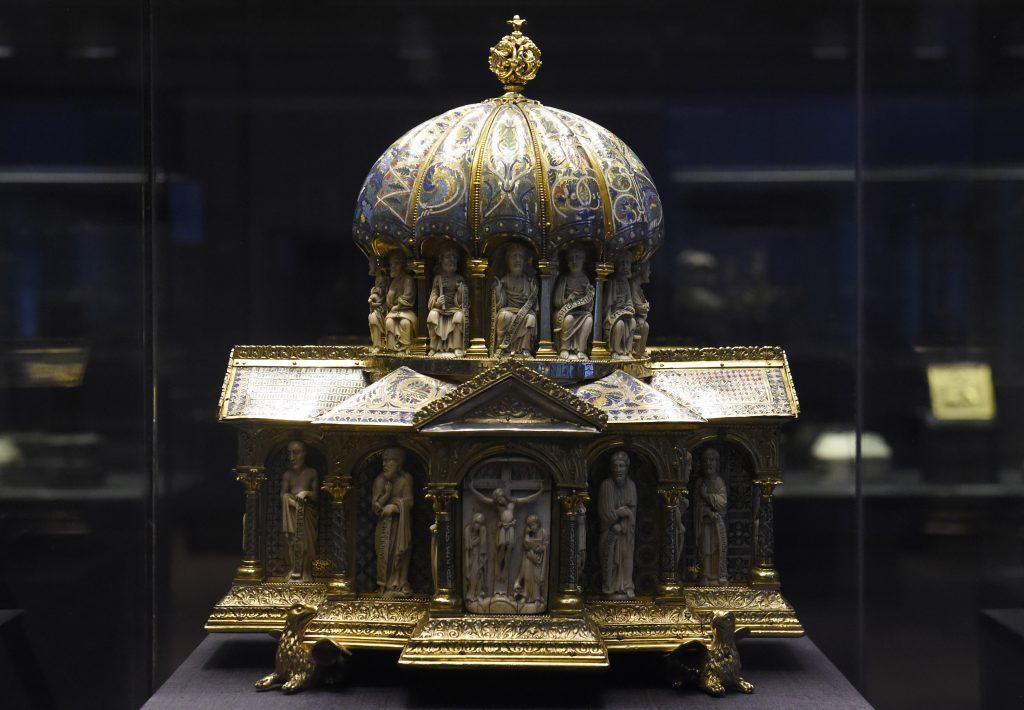 The cupola reliquary (Kuppelreliquar) from the Welfenschatz, or Guelph Treasure is pictured at the Kunstgewerbemuseum, or Museum of Decorative Arts, in Berlin. Photo by Tobias Schwarz/AFP via Getty Images.

Judge Colleen Kollar-Kotelly found that in previous filings, the heirs had not maintained that their ancestors were not German nationals, focusing instead on the argument that cases of genocide necessarily were domestic takings violations. But even if they had, she wrote in her opinion, “this court finds that plaintiffs failed to provide adequate information in support of their contention that the art dealers were not German nationals at the time of the sale.”

“The decision confuses the holding by the Supreme Court that genocide in and of itself is not sufficient to invoke the expropriation exception of the FSIA, with a complete disinterest in the conduct of the Nazi government that perpetrated this forced sale against victims who had either moved to Amsterdam or been excluded from the rule of law in Germany,” O’Donnell said.

“The idea that my clients never raised the idea that their ancestors were not German nationals under international law is perplexing,” he added. “Every pleading to date has argued that in the eyes of the Nazi government, the consortium members were not considered German.”

60 Years Since the First Barbie Dreamhouse, a New Book Unpacks the Importance of the Iconic Toy Domicile