Home News The Art Angle Podcast: What Is the Metaverse? And Why Should the... 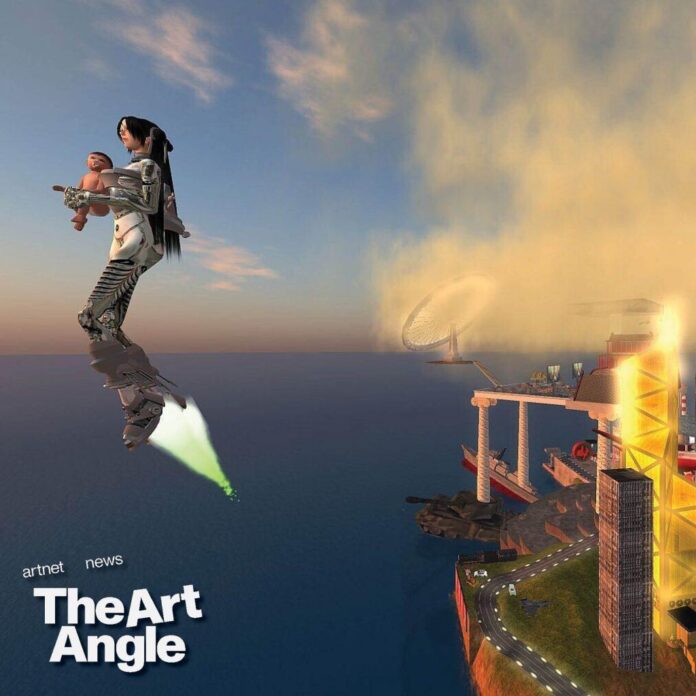 If you wanted to be the monarch of a Gothic castle perched on a cloud suspended above a Nordic woodland, you could have that. You could even do it in a new body, under a new name, with neither one having any apparent connection to your physicality or your past.

Even wilder, this other place would welcome millions of other individuals with just as much freedom as you, so that you could all build this new world together. You could form new relationships, establish new traditions, and experience a new wave of art and culture held back by nothing but artists’ imaginations.

Sara Ludy, still from Swimmer’s Canyon (2021). Courtesy of the artist.

Well, billions of dollars and untold hours of labor are being pumped into making this fantasy a reality—an immersive digital reality. And some of the most influential and most powerful people in the world are saying it will be called the metaverse.

But what is the metaverse, exactly? How has it elbowed its way deep enough into the mainstream that your retired parents are asking you about it? And what does it mean for the art world specifically?

This week on the Art Angle, business editor and The Gray Market scribe Tim Schneider is joined by three experts to help make sense of this potential new world order: Wagner James Au, the author of (2008) and the forthcoming book  and the ongoing blog, New World Notes; Tina Rivers Ryan, a curator of modern and contemporary art at the Buffalo AKG Museum in New York, who has organized exhibitions including “Difference Machines: Technology and Identity in Contemporary Art“; and Sara Ludy, an artist and composer based in Placetas, New Mexico.

Art helps Ukraine during the war