Home News View With a Room: Here Are 10 Art Museums Around the World... 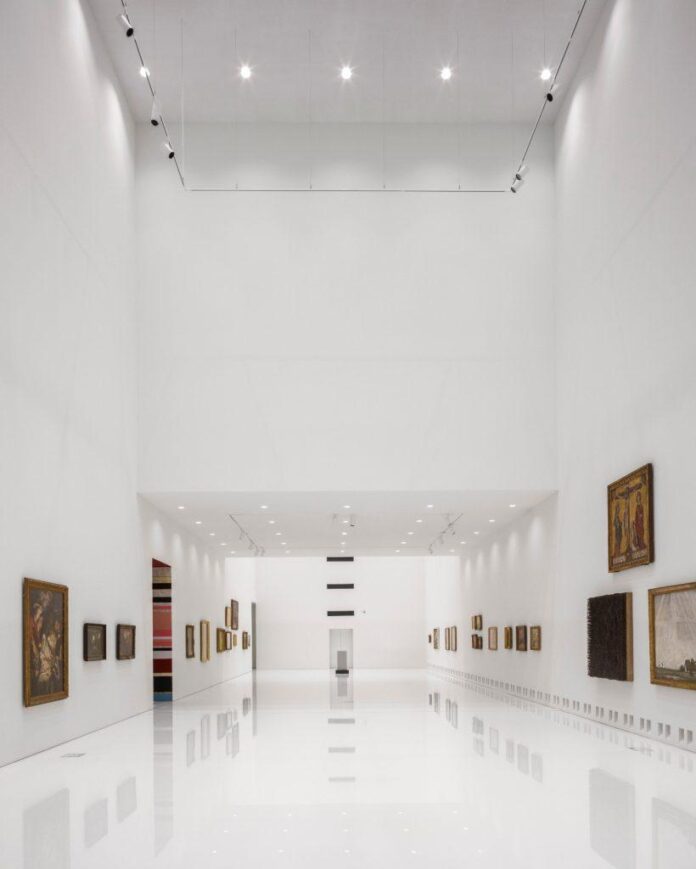 Art doesn’t exist in a vacuum; it needs to be shown and seen, not to mention stored and preserved. In 2022, institutions, governments, patrons, and donors all over the world made or announced significant accommodations with respect to housing and exhibiting art collections. Not only were new spaces opened, major expansions were launched, too. These are some of the more important to occur this year.

The Art Gallery of New South Wales Bills Its $246 Million Expansion as the Biggest Arts Project Since the Sydney Opera House
By Caroline Goldstein, April 26, 2022 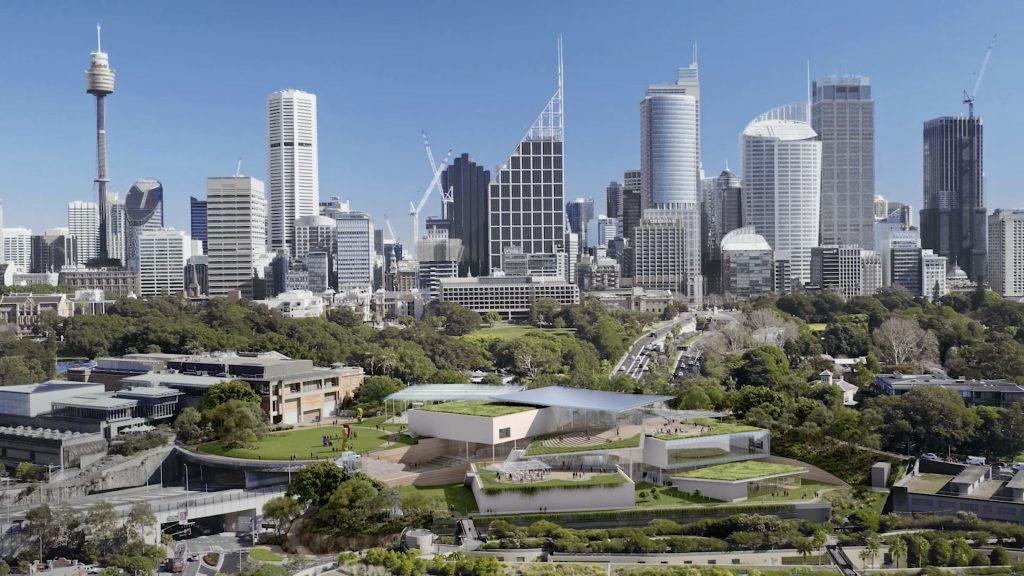 “The Art Gallery of New South Wales in Sydney is getting a major overhaul as part of its Sydney Modern Project, a AU$344 million ($246 million) expansion of the area overlooking the city’s famed harbor. Touted as the ‘most significant’ cultural development since the debut of the Sydney Opera House in 1973, the project includes a new building designed by Pritzker Prize-winning architectural firm SANAA. The museum’s footprint of about 250,000 square feet will be doubled with the expansion to 430,556 square feet [when the project] is completed and opened to the public on December 3.”

Rome’s Newly Reopened Museum of Civilizations Is Decolonizing Its Collection. It Is a Rare Success Story
By Hili Perlson, November 8, 2022 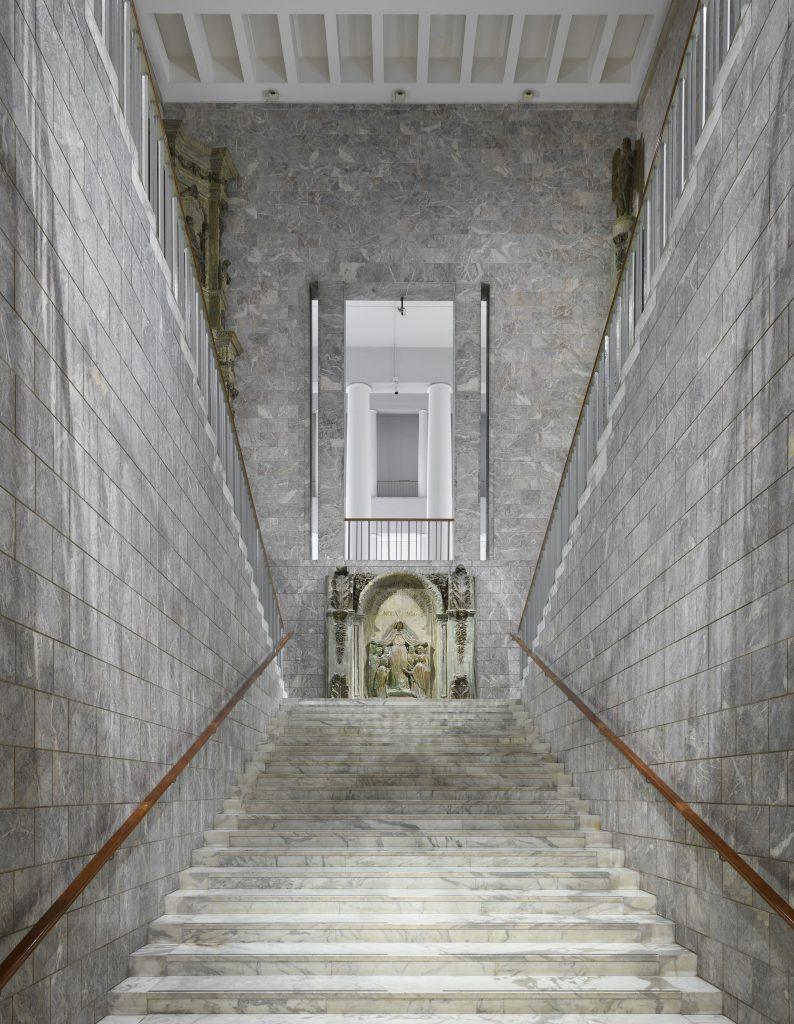 “Following a six-year renovation and, more significantly, a pivotal redo, Italy’s Museum of Civilizations reopened its doors to the public on October 26. In recent years, many encyclopedic museums around the world began to anxiously tackle the ideologies and modes of presentation behind their ethnological collections—not to mention their often spotty provenance. Rome, which has been slow to confront its colonial past in the public discourse, is decolonizing the state-owned museum’s collection with remarkable clarity of vision, steered by Italian curator Andrea Viliani.”

After an 11-Year Renovation, the Royal Museum of Fine Arts Antwerp Reopens—With a Modern Twist
By Jo Lawson-Tancred, September 22, 2022 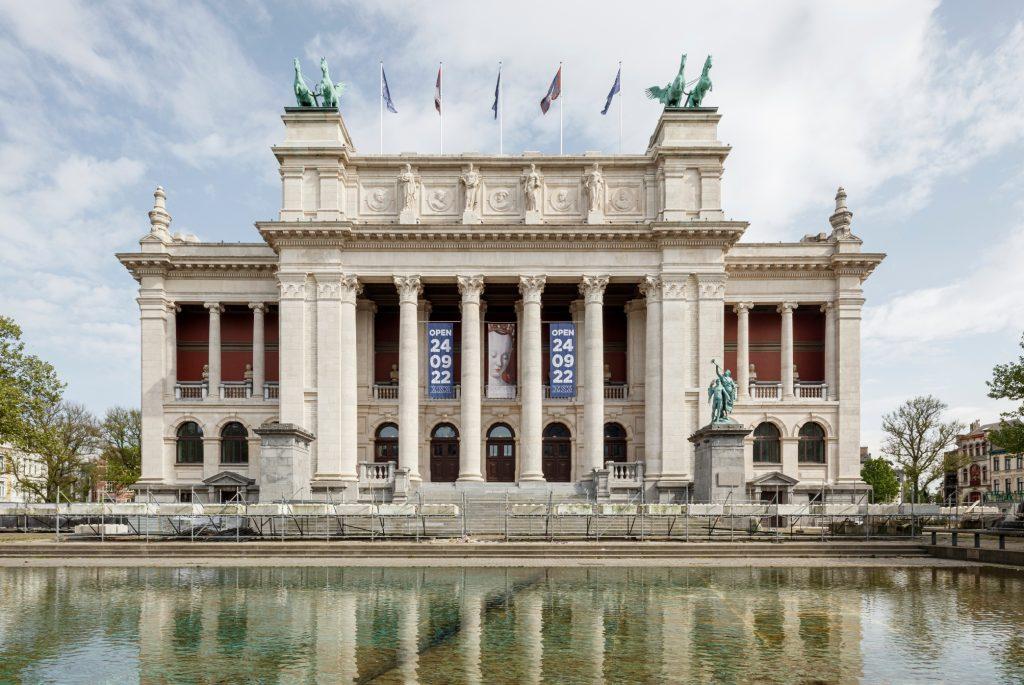 The facade of the Royal Museum of Fine Arts Antwerp. Photo: © Karin Borghouts.

“The newly renovated Royal Museum of Fine Arts Antwerp will open its doors to the public this Saturday for the first time in over a decade. Within the museum’s palatial neoclassical exterior, built in the final decades of the 19th century, is a new contemporary “white cube”-style interior. Overall, the renovations cost the Flemish government €100 million ($98 million), which minister-president of Flanders, Jan Jambon, said is a steal for the additional 69,000 square feet that it gained.”

Looking to Put Itself on the Cultural Map, the Swiss City of Lausanne Just Opened a New Art Center the Size of Five Football Fields
By Anna Sansom, June 18, 2022 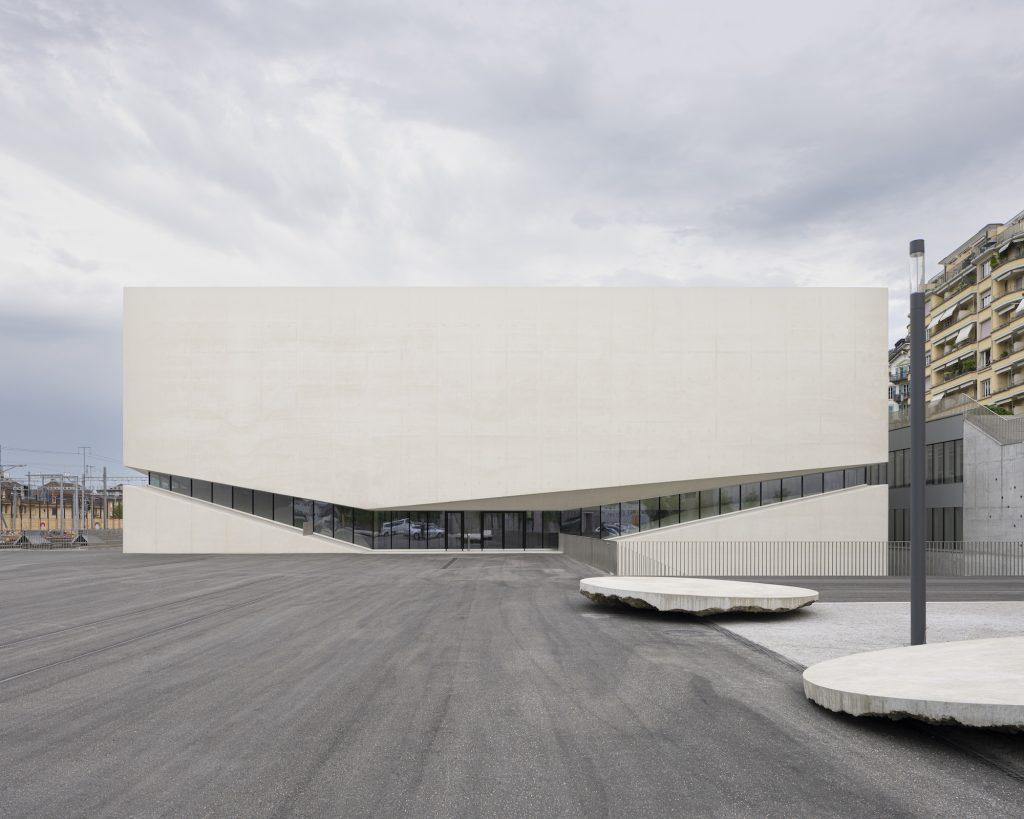 The new home of MUDAC and Photo Elysée. © Matthieu Gafsou

“A vast new arts hub called Plateforme 10 has opened in the Swiss city of Lausanne with the aim to revitalize the surrounding area through culture. Poised to become a new ‘arts district,’ Plateforme 10 spans 25,000 square meters, the equivalent of five football fields…Lausanne’s art scene has been long overshadowed by those of Geneva, Zurich, and Basel. The level of investment in the new project is a testament to the city’s desire to compete.”

After Early Controversies and a Typhoon Delay, the $450 Million Hong Kong Palace Museum Opens to an Enthusiastic Local Crowd
By Vivienne Chow, July 6, 2022 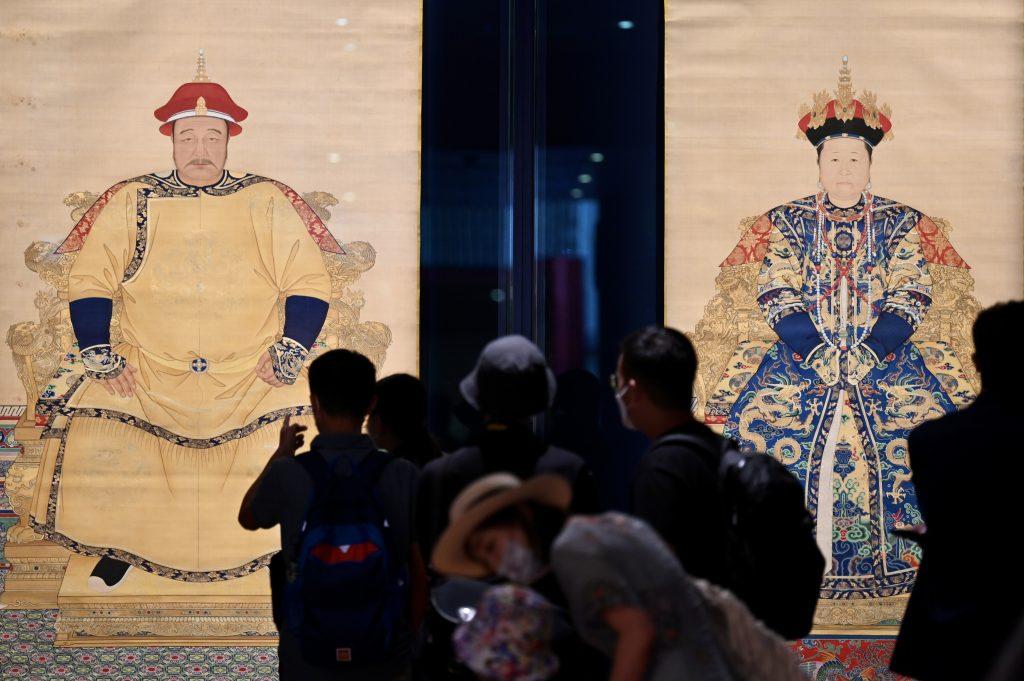 “[W]hile it might share a name with the historic Forbidden City institution, the $450 million Hong Kong museum is far from being a mere satellite branch of the Palace Museum in Beijing, which houses China’s Imperial Collection. Instead, newly created multimedia works by homegrown contemporary artists are shown alongside valuable ancient works of art on loan outside of Beijing for the first time, forging an entirely distinct identity for the new space.”

Italy Opens the Museum of Rescued Art, Dedicated to Cultural Heritage the Country Reclaimed From Abroad
By Amah-Rose Abrams, June 16, 2022 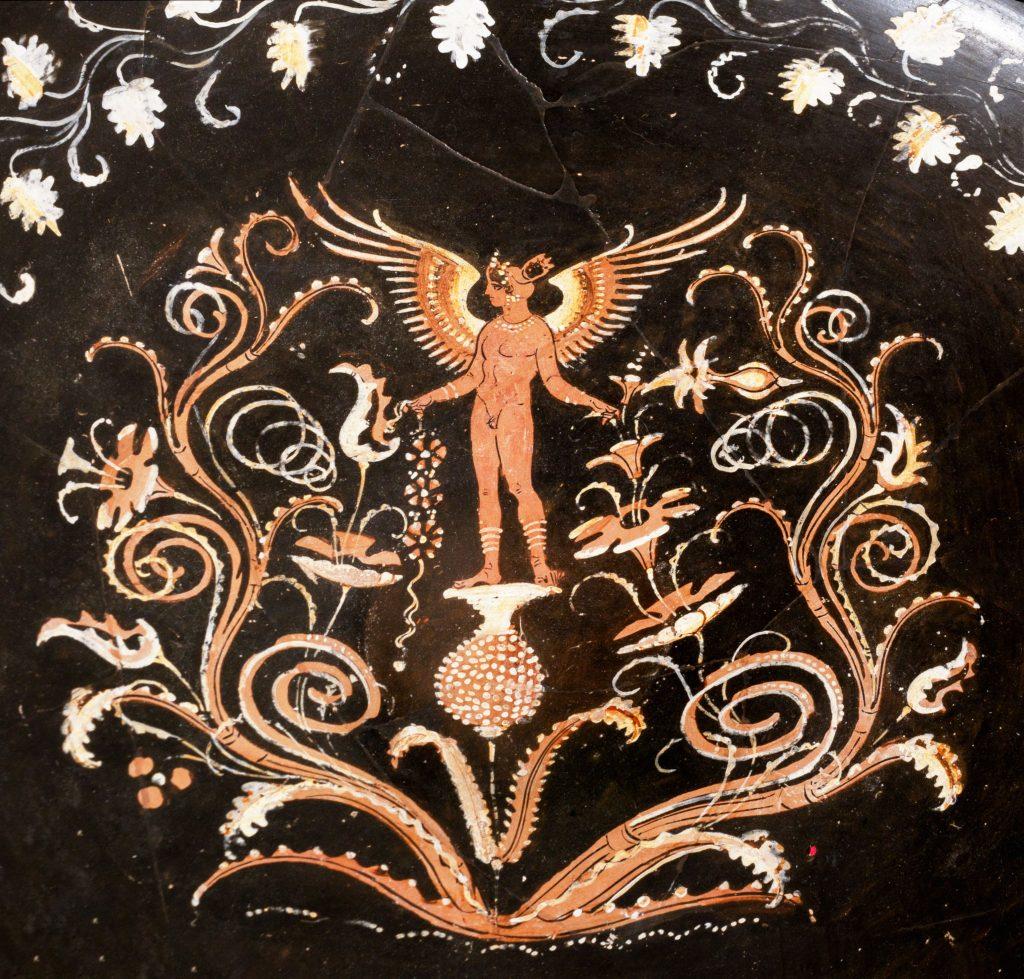 Plate with two red-figure handles of Apulian production with Eros emerging from a flower. Around the middle of the 4BC. Photo Courtesy Museo Nazionale Romano.

“In a triumphant stride toward its effort to retrieve its cultural heritage Italy has opened a museum to house art it has rescued. The museum, which opened in Rome this week, will stage rotating exhibitions of looted and stolen pieces that the country has reclaimed. The Museum of Rescued Art, which is housed within the National Roman Museum in the Baths of Diocletian, opened with an exhibition of 100 artifacts.”

Prague Opens the Doors on Its New $40 Million Kunsthalle, Backed by a Prominent Czech Collecting Couple
By Artnet News, February 23, 2022 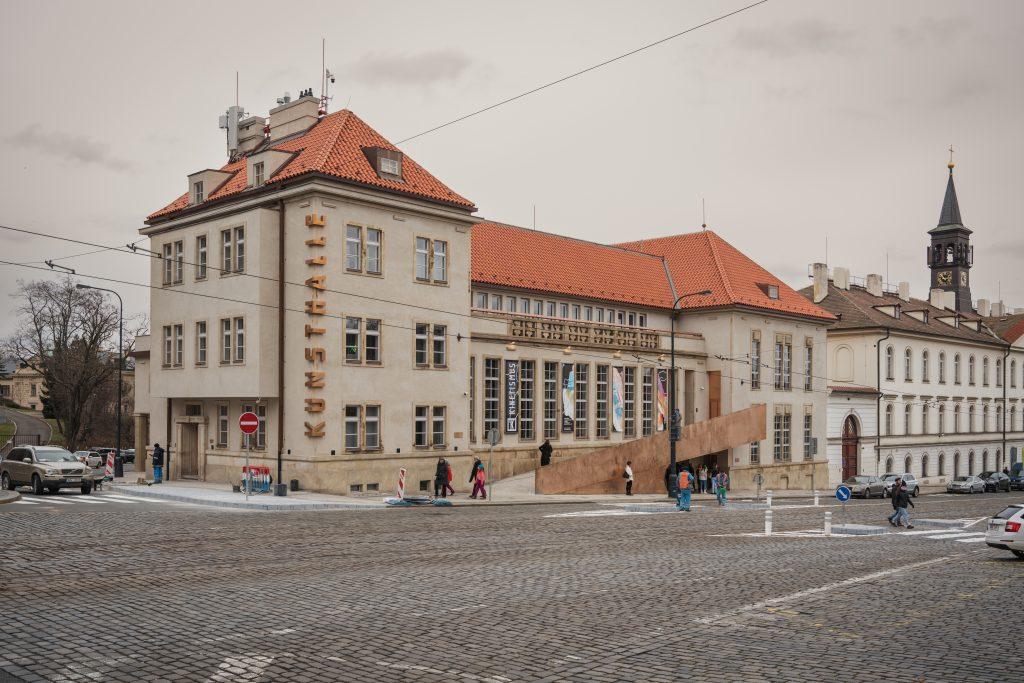 Exterior view of the Kunsthalle Praha. Photography by Lukáš Masner.

The Kunsthalle Praha, a new nonprofit museum of contemporary art, opened its doors today in a former electrical facility in the center of Prague. The space plans to focus on Czech and Central European art from the 20th and 21st centuries, though its first show’s lineup is decidedly global. The group show of contemporary and modern art nods to the history of the museum’s building, an old transformer station [and] includes works by Laszlo Moholy-Nagy, Angela Bulloch, teamLab, and Olafur Eliasson.”

The German Government Just Bought Back the Hamburger Bahnhof Museum From a Real Estate Company for €170 Million
By Jo Lawson-Tancred, November 15, 2022 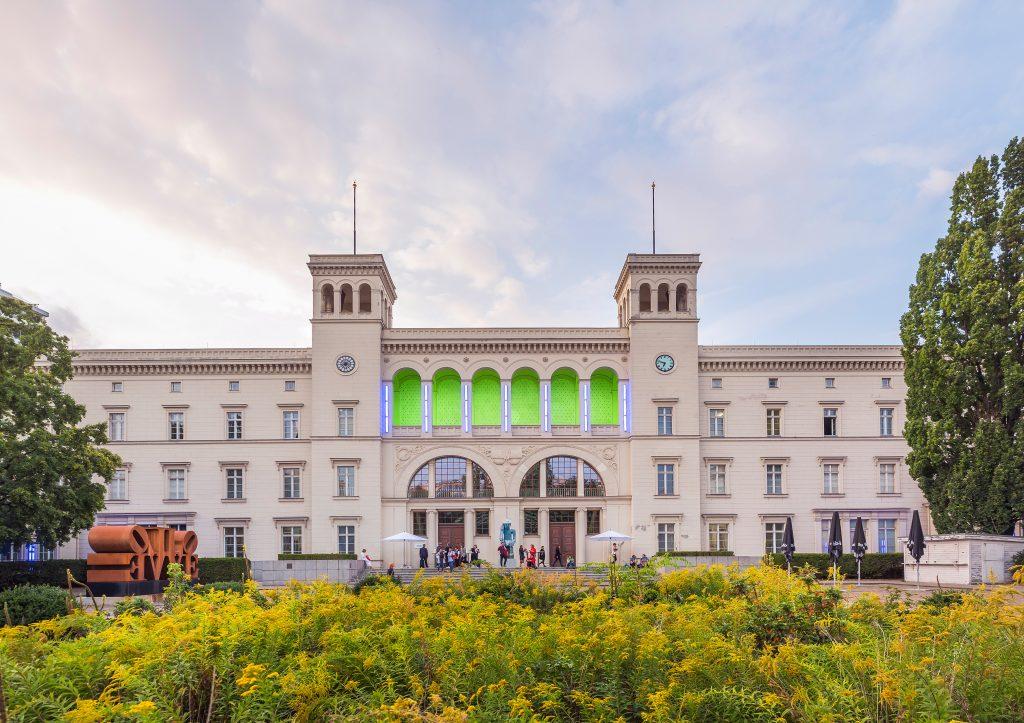 Graffiti Art Gets a Permanent Home in L.A. With the Opening of Beyond the Streets Gallery
By Sarah Cascone, September 21, 2022 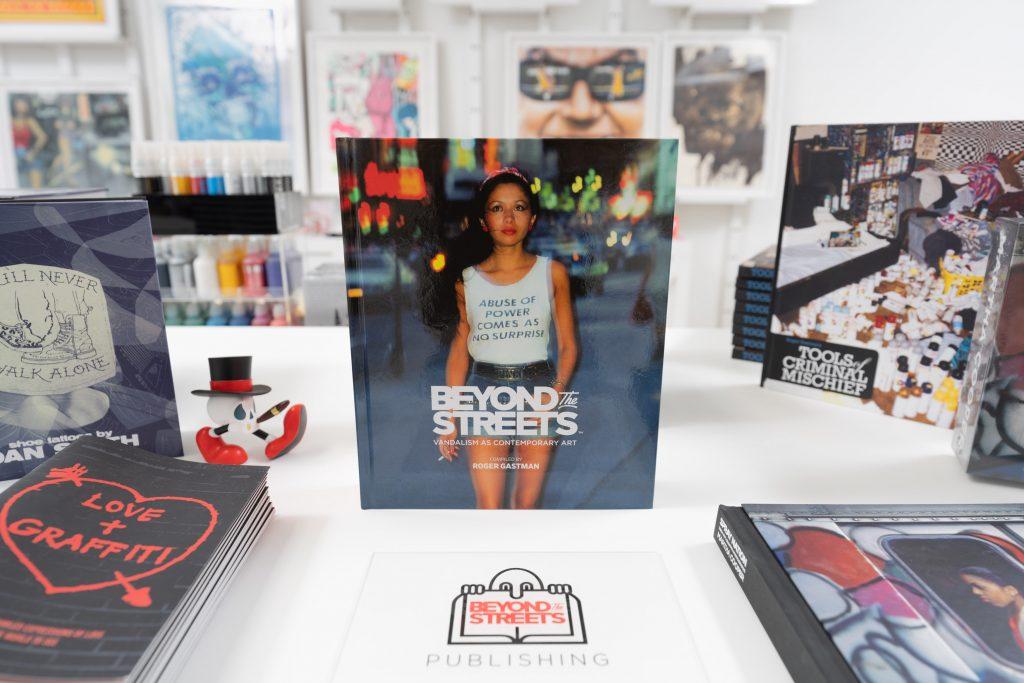 “Roger Gastman, the noted graffiti historian and street art collector, is opening a permanent Los Angeles home for Beyond the Streets, his popular series of museum-scale exhibitions celebrating street artists both past and present. The gallery will offer a mix of museum-style shows with loans from private collections.”

Here’s What to Expect From Factory International, the Long-Awaited $205 Million Arts Venue in Manchester
By Jo Lawson-Tancred, September 29, 2022 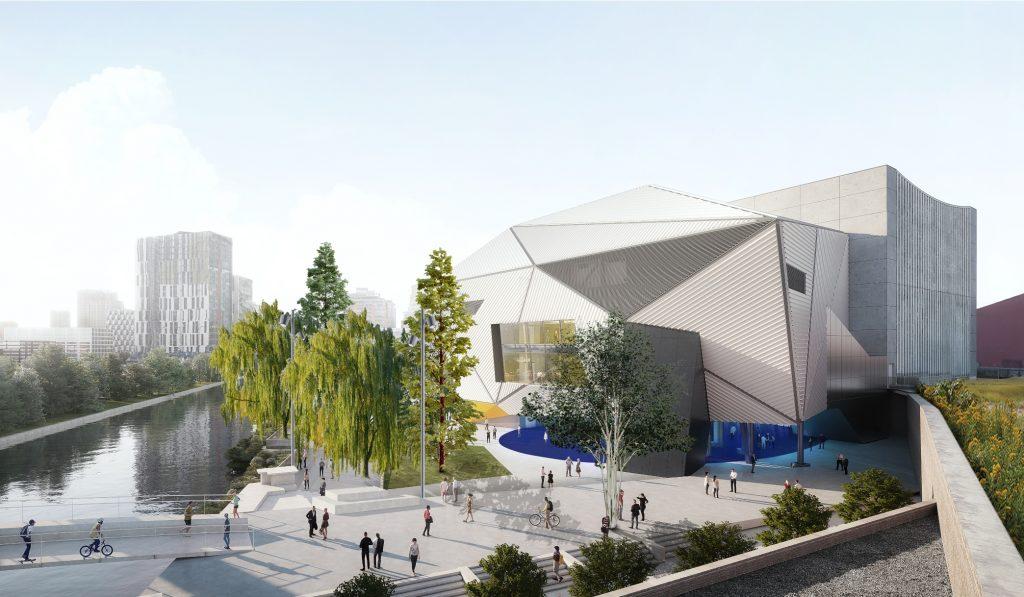 An Architectural Render by the Office of Metropolitan Architecture (OMA) of Factory International in Manchester, UK. Image courtesy of OMA.

“The hotly anticipated opening of Manchester’s 186 million ($205 million) new cultural space Factory International will take place in June 2023, it was announced today…The space spans 144,000 square feet and is designed by the Office for Metropolitan Architecture, in partnership with architect Ellen van Loon.”