Home News The Back Room: Out With the Old 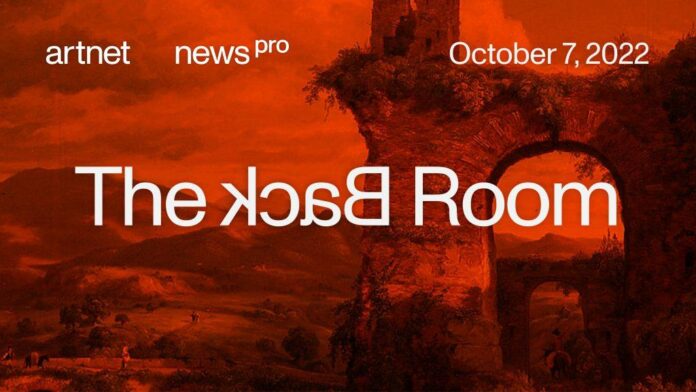 This week in the Back Room: a new museum deaccessioning standard, Frank Stella’s extended family drama, bidders go gaga for Kaga, and much more—all in a 6-minute read (1,558 words). 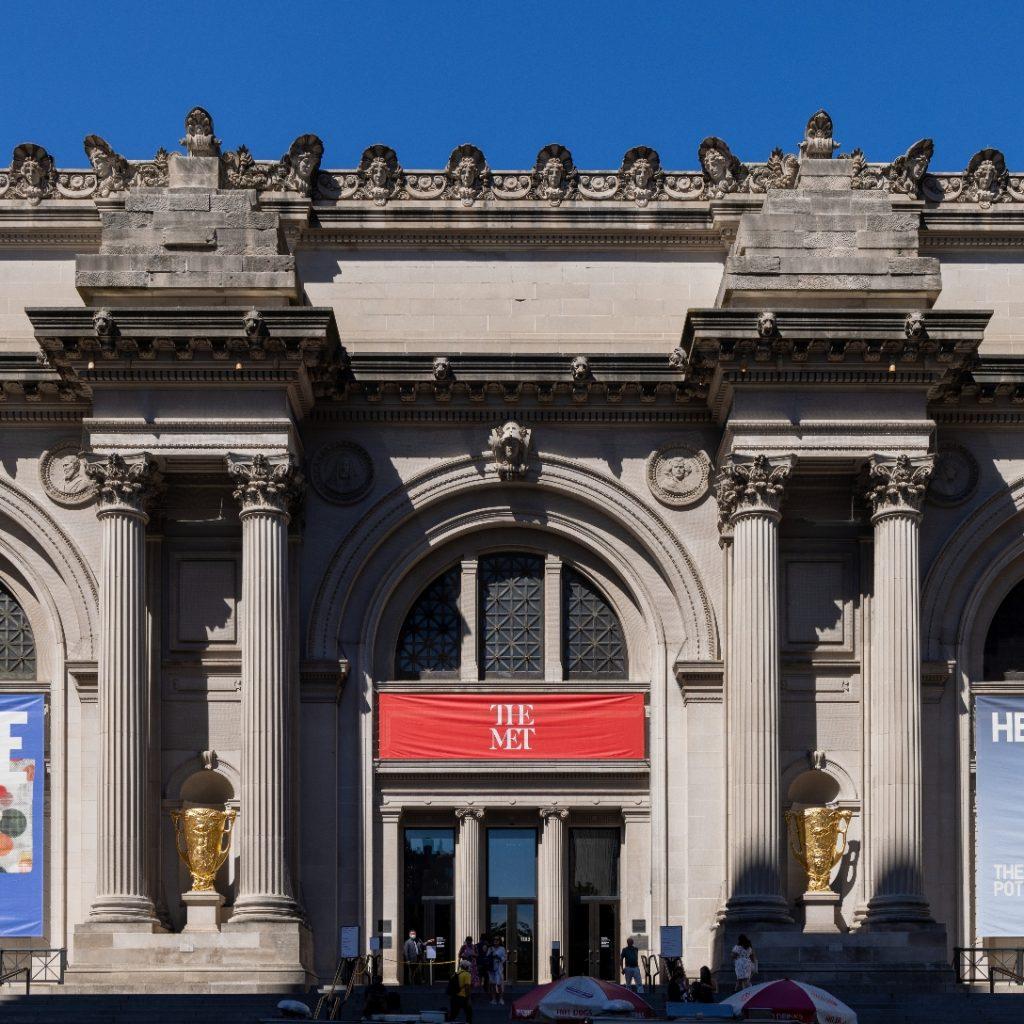 The facade of the Met Museum. Photo courtesy of the Metropolitan Museum of Art; by Anna-Marie Kellen.

Last week, members of the Association of Art Museum Directors (AAMD) voted in a major change to the rules around deaccessioning artworks—and the decision will have serious ripple effects on institutions in at least three countries.

Under the new guidelines, member museums will be able to use sales proceeds from deaccessioned art for the “direct care” of their collections. The move revamps an often-controversial policy, last updated around 1981, that prohibited such funds from bankrolling anything other than acquisitions of more art.

The reforms passed thanks to a broad base of support within the AAMD’s membership (which counts institutions in the U.S., Canada, and Mexico). Of the 199 museum directors eligible for the online vote, 109 were in favor of the rule change; 21 were against it; and the remaining 69 abstained.

The result looks overwhelming if viewed through the lens of 109 “yea” votes versus 21 “nay” votes. But deaccessioning policies have stoked too much fury for too long for us to believe this election will settle the matter once and for all.

Today, we recap the new guidelines, their origins, and their divisiveness.

What Started the Rule-Change Process?

In response to sudden, catastrophic losses of revenue stemming from COVID, the AAMD passed resolutions in April 2020 that permitted member institutions to use restricted funds—including sales proceeds from deaccessioned artworks—to cover operating expenses for two years.

In addition to deaccessioning profits, the full measure also suspended longstanding bans on dipping into trusts, donations, and gains from endowment investments. (The principal amount of the endowment remained untouchable.)

Previously, applying any of these funds to operating expenses would have led to censure, suspension, or expulsion from the AAMD. Instead, they became a lifeline for several members.

What Were the Effects of the Emergency Measures?

Ahead of the fall 2020 auction season, eight U.S. museums announced plans to deaccession blue-chip artworks by the likes of Pablo Picasso, Jackson Pollock, Lucas Cranach the Elder, and Gustave Courbet to keep the lights on. (Public outcry later convinced one of the eight, the Baltimore Museum of Art, to pull back.)

As the mayhem of the pandemic continued into 2021, more deaccessioning followed. The Metropolitan Museum of Art, which lost roughly $150 million that year, funneled about $7 million from sold artworks into collection care, with the majority paying the salaries of employees specializing in that department.

In January 2022, with the COVID-era emergency measures set to expire soon, the AAMD formed a task force to consider permanently revising its deaccessioning policies.

Composed of 18 museum directors (including Glenn Lowry of MoMA and Jill Medvedow of the Institute of Contemporary Art, Boston), the task force ultimately determined that the rules should be amended so that funds could be used for “direct care” of objects in the collection forevermore. That conclusion led to last week’s vote.

What Do the New Guidelines Allow?

The task force defined “direct care” as “the direct costs associated with the storage or preservation of works of art.” Qualifying expenses include conservation and restoration, storage and archival materials (like frames, mounts, and acid-free paper), and digital-media migration.

Crucially, this definition excludes some key expenditures that the AAMD allowed member institutions to cover with deaccessioning proceeds during the two-year emergency period. Funds from sold works cannot be used for capital expenses or operating costs, including staff salaries and temporary-exhibition expenses.

Proceeds from deaccessioning are also the only category of revenue on which the reins have been permanently loosened. The revised rules once again place trusts, donations, and endowment gains off limits when invoices come in, even if those invoices are for direct collection care.

The task force’s revised guidelines were narrow enough to win over at least one vocal skeptic. Erik Neil, director of the Chrysler Museum of Art, voted in favor despite having written an op-ed opposing changes to the AAMD’s deaccessioning policy last spring. “They put some guardrails up,” he told the  “For me, this was a good, reasonable, prudent step forward.”

Member institutions have no obligation to push proceeds from sold art into direct care of their collections, either; museums wary of the new policy are free to continue deaccessioning strictly to fund new acquisitions. The changes also bring the AAMD in line with both the American Alliance of Museums and the Financial Accounting Standards Board, per an AAMD statement.

Still, none of this is likely to do much to cool off the fiery discourse around deaccessioning. Opponents have long tended to frame updates to the 1981 policy as sacrileges, not strategic errors. For example, Alex Nyerges, director of the Virginia Museum of Fine Arts, called the results of last week’s vote “an abdication of the trust we have spent more than 100 years establishing.”

Those are fighting words. And with so many critics of looser deaccessioning rules slinging their arrows from outside the AAMD anyway, it would be naive to think last week’s election will bring lasting peace to the institutional valley.

The latest Wet Paint tracks the curiosities at the Gramercy Park Hotel’s liquidation sale, as well as a little social-media drama hurtling through the family orbit of Frank Stella—neither of which will do much to dissuade anyone arguing that this existence we’re living is just a simulation.

“He didn’t want Andy Warhol on his wall, because he’s 35 years old.”

—Art advisor Victoria Burns, describing the generational divide that arose in a conversation with a young, unnamed member of the L.A. music industry interested in starting a collection. (The Daily Beast) 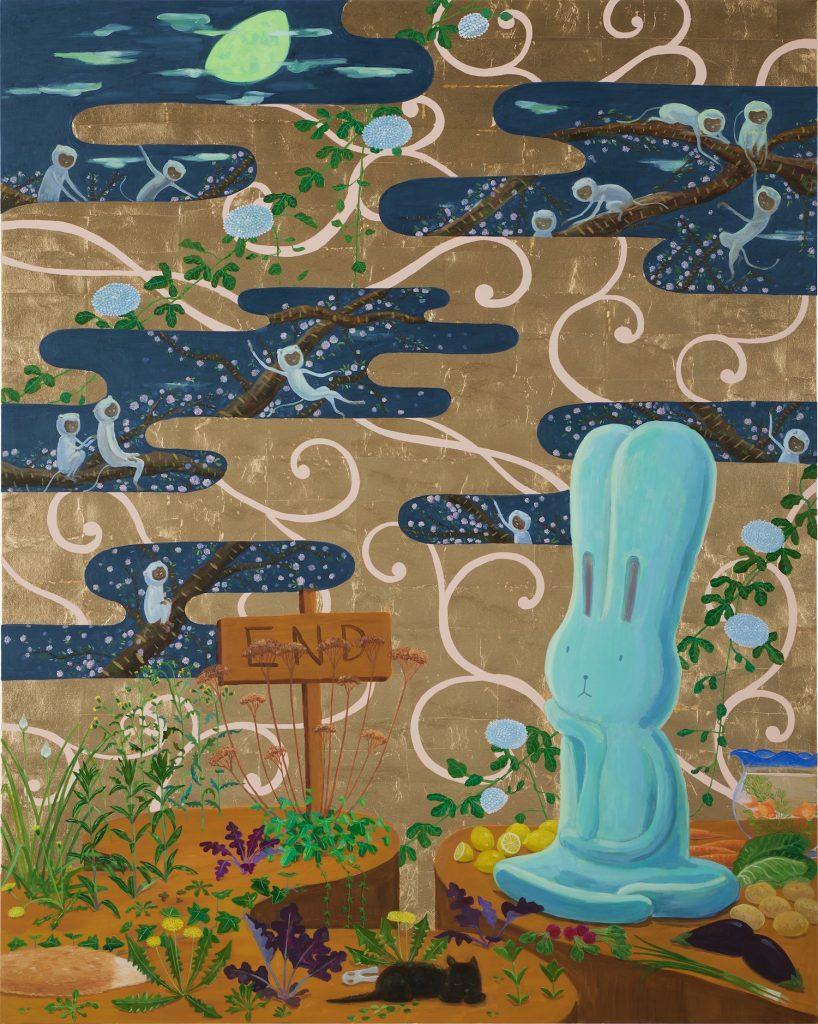 Sotheby’s much-discussed Artist’s Choice initiative, where artists and their galleries jointly consign new works directly to auction, is off to a hot start. Each of the six works featured in the debut edition beat its respective high estimate, realizing a combined $919,800 (an average price of $153,300 per piece).

By percentage, the biggest outperformer was Atsushi Kaga, after this painting vaulted to more than 5X its rosiest expectation. Of the 27 Kaga lots to reach auction since 2019, more than half (15, to be exact) have been offered this year, including the $305,092 record set at Sotheby’s Hong Kong in April. Not bad for an artist who saw his work carrying an upper estimate of just HKD$90,000 ($11,609) in July 2020.

“Atsushi Kaga is really having a moment right now,” said Artist’s Choice mastermind Noah Horowitz, adding that Kaga was “one of the most talked-about artists at the debut of Frieze Seoul last month.” No surprise, then, attracted “extremely strong interest from collectors in Asia, in particular, with six unique bidders from the region vying for the work.” In short, good luck on Kaga’s wait list, folks…