Home News The French Collective Obvious Has Become One of the First A.I. Artists... 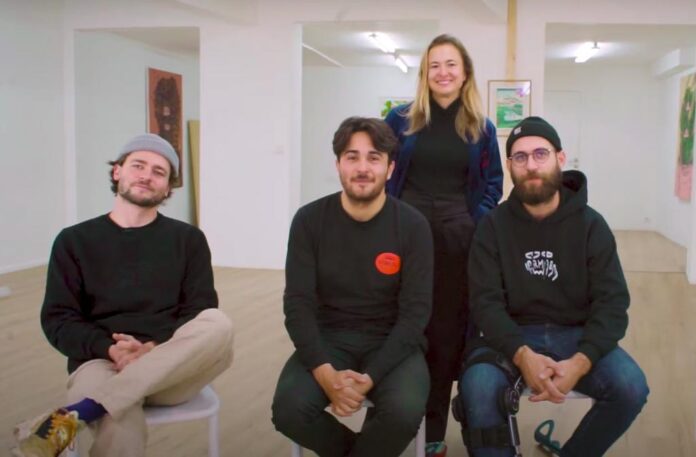 Obvious may be an art collective devoted to harnessing the creative potential of artificial intelligence (A.I.), but it was the human connection that convinced the French trio to sign with Parisian gallery Danysz.

“Danysz was committed to digital art way before NFTs,” Obvious told Artnet News. “We met the owner Magda Danysz and there was a human match; we share a common vision on the opportunities brought by NFTs for digital art.”

In an agreement the partners have called “a very unique moment,” Obvious becomes one of first artists working with A.I. to receive representation by a major international gallery. In December, Obvious will present its first solo exhibition at the gallery’s Marais location, featuring new work created with text-to-image models. Specifically, the trio will feed textual descriptions of the Seven Wonders of the Ancient World found in manuscripts to an algorithm that will conjure possible images. “We worked with historians and A.I. algorithms to create novel interpretations,” they said. “We see text-to-image algorithms as a way to reinvent this classical artistic subject.” 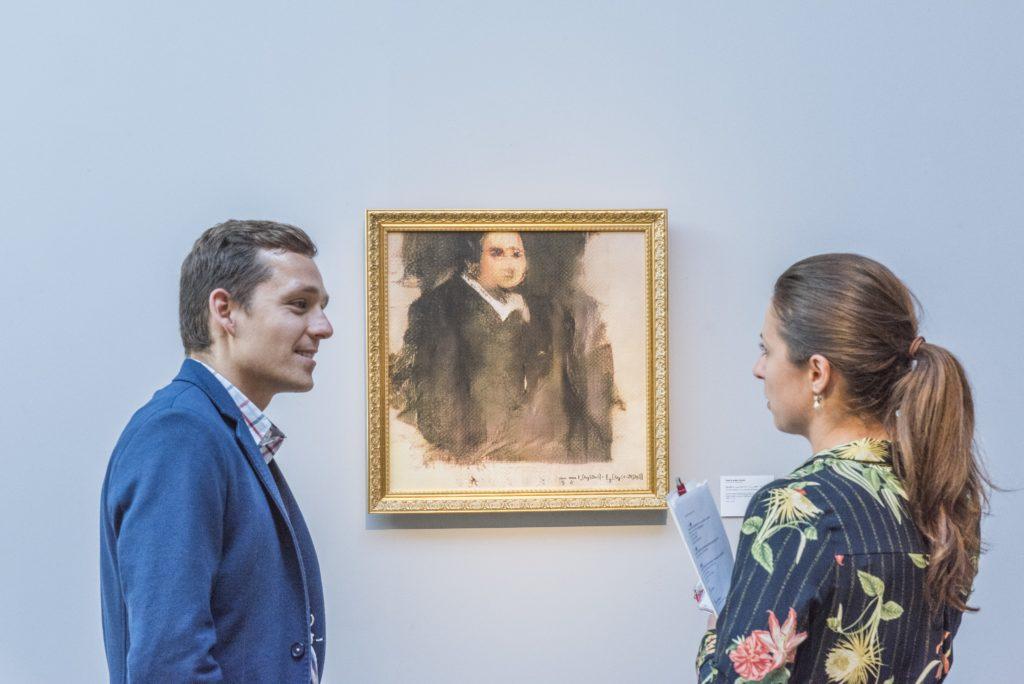 Beginning in 2017 as an ambitious project among friends, Obvious specializes in training A.I. using Generative Adversarial Networks to create images. The collective grabbed mainstream attention the following year when its , which mashed up 15,000 portraits painted between the 14th and 20th-century, sold for $432,500 at Christie’s (the highest presale estimate had been $10,000). It was the first A.I.-generated work to sell at auction.

Although a pair of portraits Sotheby’s auctioned off in 2019 failed to command equally lofty prices, the collective has seen its work showcased at galleries and museums across the world from the State Hermitage Museum in Saint Petersburg to Munich’s Haus der Kunst to the Aiiiii Art Center Shanghai.

The announcement comes at a moment when the disruptive potential of A.I. in the art world is becoming clear. Though, perhaps unsurprisingly, Obvious doesn’t see the primary tool of its trade as replacing existing artists, but rather as part of an important new movement. “We are pleased to see the A.I. art movement thriving. New developments from A.I. research continue to fuel artistic innovations,” they said. “We are working on opening our own research laboratory to further develop A.I. algorithms for artistic applications.”

Since its founding in the early 1990s, Danysz has boasted a strong track record of spotlighting emerging artists. It brought Shepard Fairey to the French market in the 2000s and was an early champion of street artist JR. With digital art, Magda Danysz has been equally prescient: she has been exploring the relationship between internet and culture through research groups since the turn of the century.

“Besides being in the same city,” Obvious said, “it’s an excellent gallery for emerging artists, so it felt right for the three of us.”