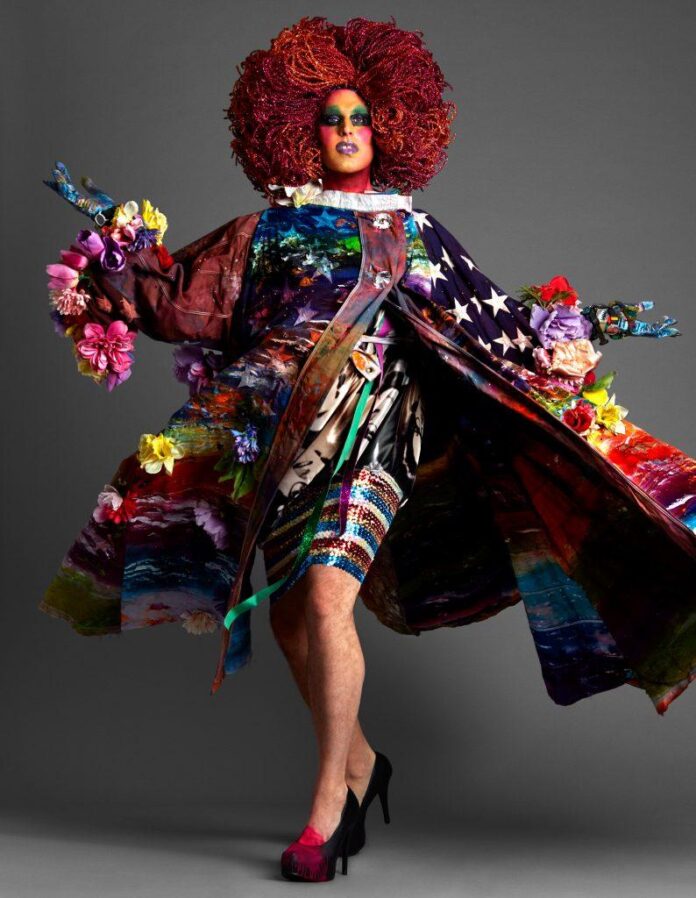 There’s more than one way to describe Machine Dazzle—costume designer, performer, conceptualist, maximalist. The artist himself prefers “instinct-based concept artist trapped in the role of costume designer.” But since 2019, the multi-hyphenate has had one more title to wear: musician.

That year, Dazzle unveiled his musical theater piece, Treasure, at the Guggenheim as a commission by the museum’s Works and Process series. For the show, dubbed a “rock ‘n’ roll cabaret,” he composed a suite of songs, alongside his musical director (and roommate) Viva DeConcini, to stitch together narratives centered on his relationship with his late mother.

Visually, Treasure was a psychedelic feast, teeming with Dazzle’s costumes and wigs, including a dance sequence, a fashion show, and a neon sign that fittingly read “Hi mom.” But it’s the soundtrack that lends the work its emotional force—or, in his words, it “rims the cocktail.”

This month, Treasure has been released as a digital album, Dazzle’s first-ever record. Across its 13 tracks—tuneful pop flecked with DeConcini’s electric guitar flourishes—he conveys the isolation of growing up as a closeted queer kid in the Pennsylvania suburbs, but as well, the liberation that comes with self-realization.

From the other end of a nearly two-decade career, Dazzle has more than met that calling. 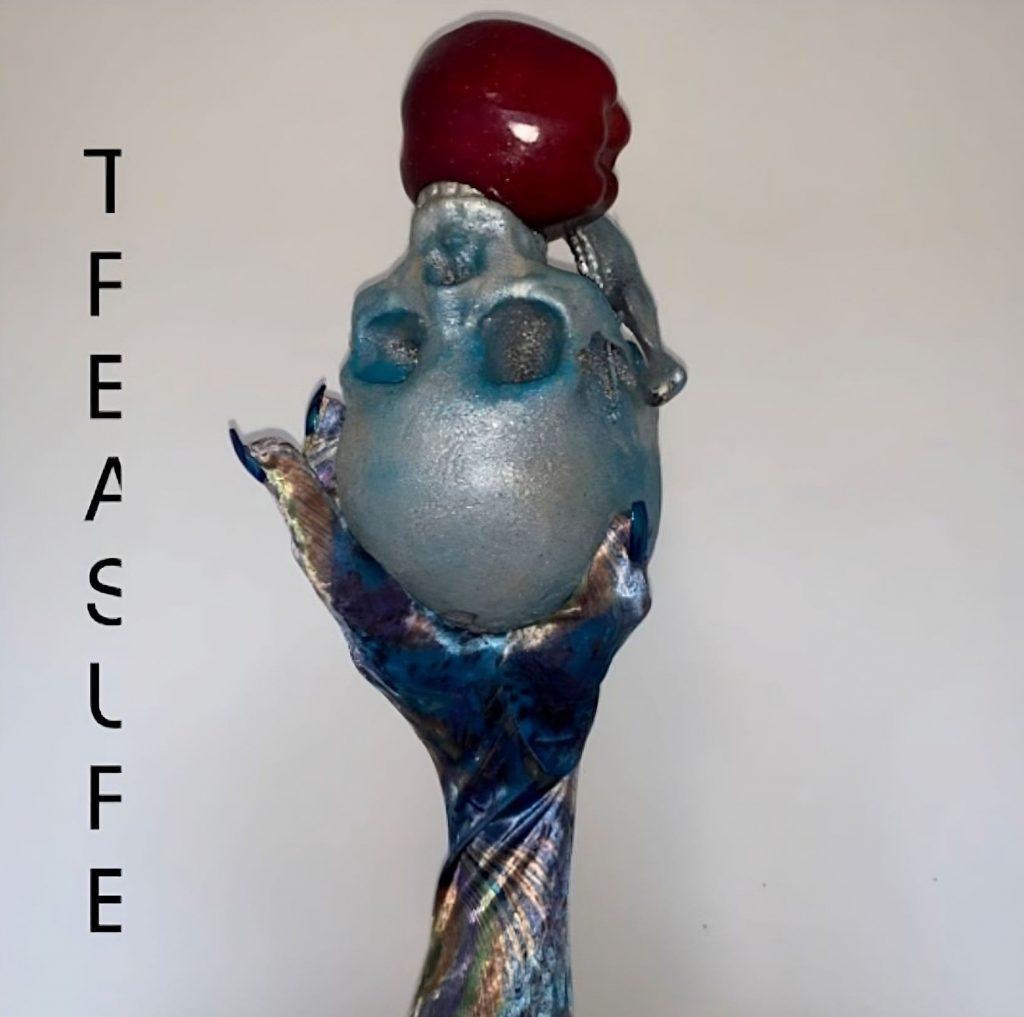 by Machine Dazzle. Photo courtesy of the artist.

Machine Dazzle (née Matthew Flower) landed in New York in 1994, after graduating from the University of Colorado in Boulder with a degree in art. While immersed in the city’s club and cabaret scenes, he began experimenting with drag, handcrafting elaborate outfits out of a joyful mix of found materials—some fake flowers and chess pieces here, a paper bag there, with glitter and feathers on top.

Commissions poured in. He designed costumes for the Dazzle Dancers, a troupe founded in 1996. He also performed with the group and earned his moniker for his reputation as a “dancing machine”. His work, whether costumes or sets, has appeared in performance art pieces by artist Julie Atlas Muz and cabaret icon Justin Vivian Bond. He also formed a long-running partnership with Taylor Mac, designing for the playwright’s various productions, including his latest epic, the Pulitzer-nominated musical marathon A 24-Decade History of Popular Music (2016). 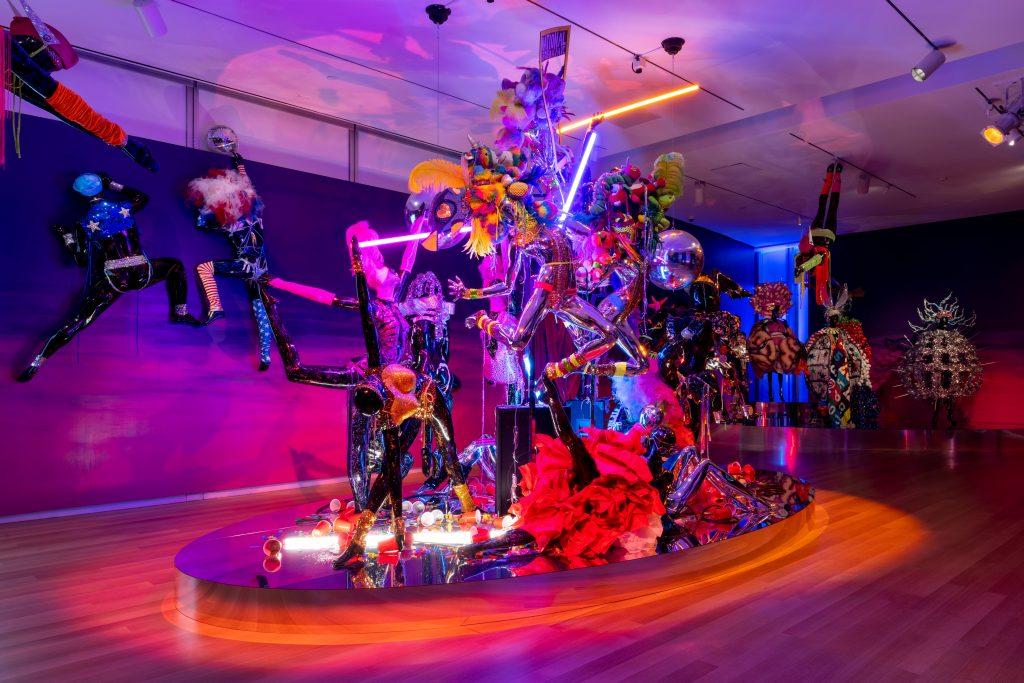 at Museum of Arts and Design. Photo by Jenna Bascom.

In September, the Museum of Arts and Design launched the first solo exhibition dedicated to Dazzle’s repertoire. Running until February 2023, “Queer Maximalism x Machine Dazzle” occupies two floors of the venue, chronicling his artistic life and process through nearly 100 costumes, props, ephemera, and multimedia. They’re set amid brilliantly painted rooms, under luminous lighting, and with music from Treasure piped in. (Dazzle insisted that the exhibition live up to its name as much as the aesthetic he’s forged.)

“The show needed to be queer and maximalist, and not just because there’s one of my costumes in the room,” he said. Though unworn, the designs on view stand as living sculptures that queer conventional costuming techniques and stagecraft, while at the same time surfacing queer narratives and identities untethered to the heteronorm. “Queer is not status quo; queer is other,” he emphasized. “Queer makes his own path.” 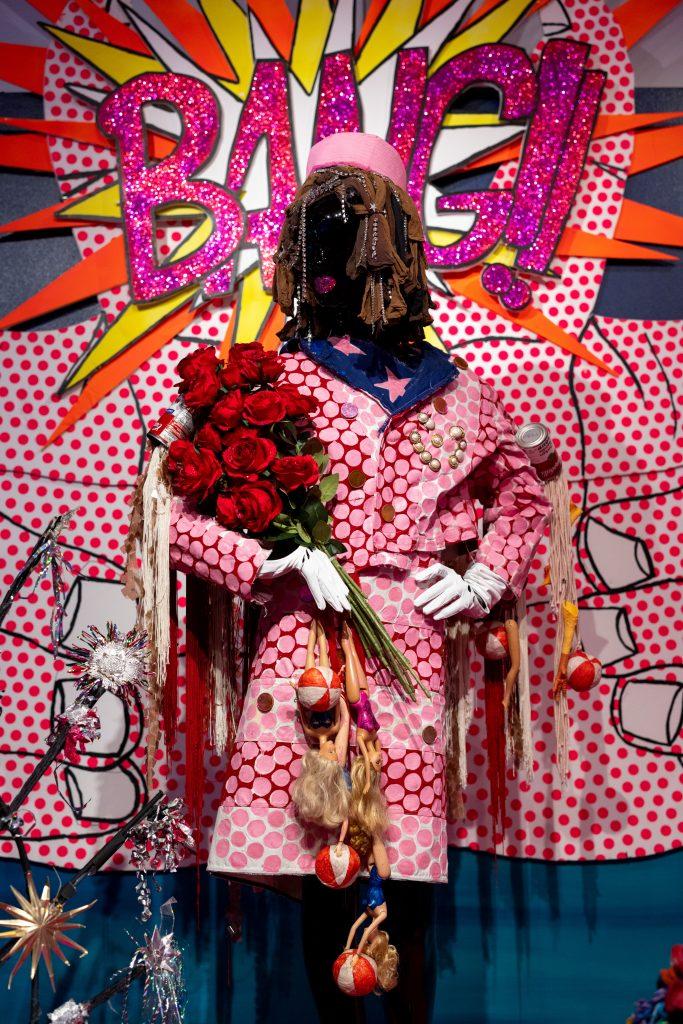 at Museum of Arts and Design. Photo by Jenna Bascom.

The exhibition arrives as institutional recognition has been massing around Dazzle. Prior to “Queer Maximalism” he was feted with a Bessie Award (named for Dance Theater Workshop founder Bessie Schonberg), invited to speak at universities, and tapped to design Met Gala looks for the likes of Diane von Furstenberg. Most recently, he premiered Once Within a Time, a film he made with experimental director Godfrey Reggio at the Santa Fe International Film Festival. The acknowledgement has left him feeling “validated,” particularly so for work that percolated in street theaters and clubs.

“It’s easy to do something, put it in the closet, and continue your daily life,” he said, “but no, the doors are wide open now.”

That exposure, and vulnerability even, has done nothing to dampen his appetite for experimentation. Dazzle won’t be the first to fit a theoretical frame over his work (“You need some academic to tell you what you’re making and they sure like to tell you”); instead, his process remains one guided by instinct, down a path of his own making.

“When I design a costume, there’s usually a story. I put the materials all together, certain things start to talk to each other, and the costume designs itself. The same thing with songwriting: I just find ways to piece words and melody together creatively,” he said. “You end up creating things from deep within your psyche. There’s stuff in there that I’m still discovering myself.”

The TOP-10 most beautiful museums in the world