Home News The Haas Brothers Take Their Fantastical Creatures to Shanghai in the Designers’... 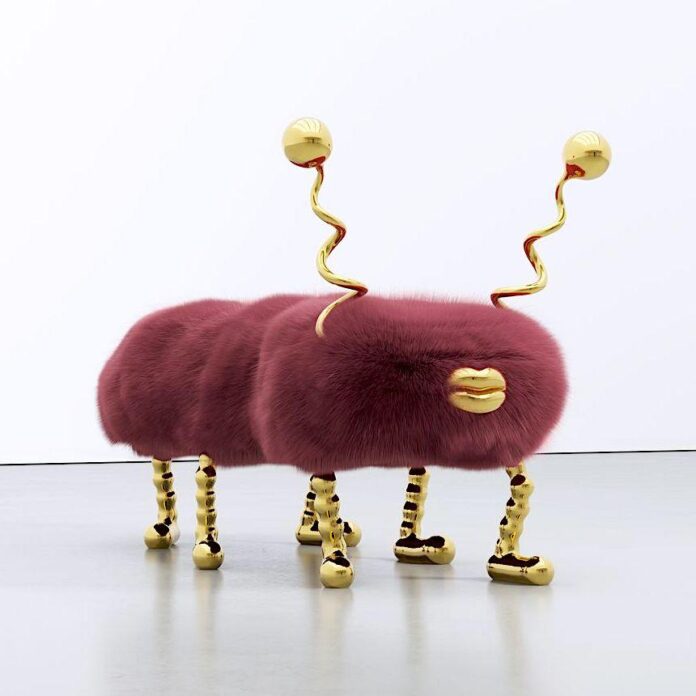 For over a decade, Niki and Simon Haas have upended the worlds of art and design with their bonkers biomorphic objects. This month, they bring their freewheeling fantasia to Gallery All in Shanghai, where the twins—who live and work in Los Angeles—are exhibiting a series of never-before-seen tapestries, mirrors, and fuzzy furniture items.

The three-part exhibition is organized into a dream-sequence of rooms: “Theater of Fantasy,” “Looking Glass and Paths,” and “Storyteller.” The overarching aim is to transport the viewer to the strange yet serene moonlit landscape evoked by the French composer Claude Debussy, whose piano piece , takes its title from the eerie, 19th-century poem by Paul Verlaine. 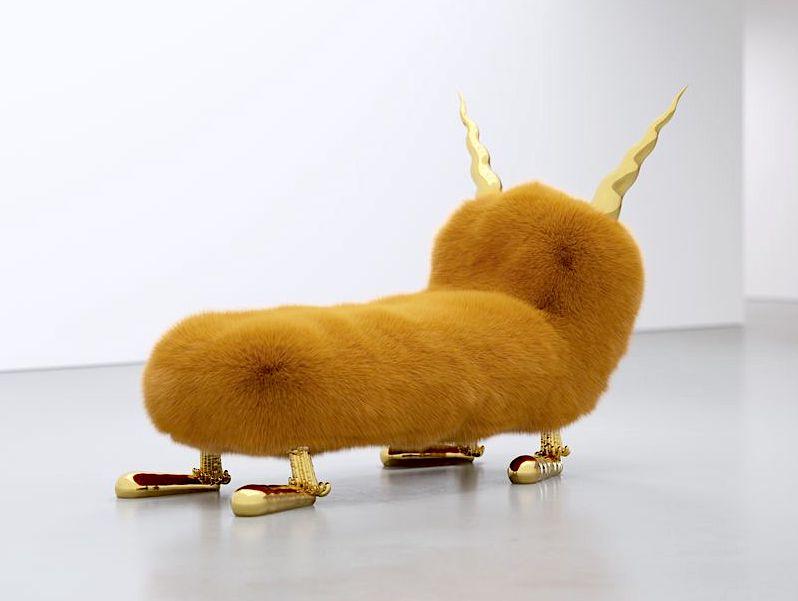 In the first room, “Theatre of Fantasy,” curator Duffy Du has created a space that is part frozen dreamscape and part snow-hotel lobby. Handcrafted objects belonging to the brothers’ ongoing “Beasts” and “Drippy Ghost” series are displayed on marshmallow-like plinths, as are tables and stools with molten bronze limbs. An orange, horned chaise lounge titled and a purple faux-fur caterpillar with brass lips titled  stand motionless—although you get the sense that this bizarre tableau springs to life the moment your back is turned. 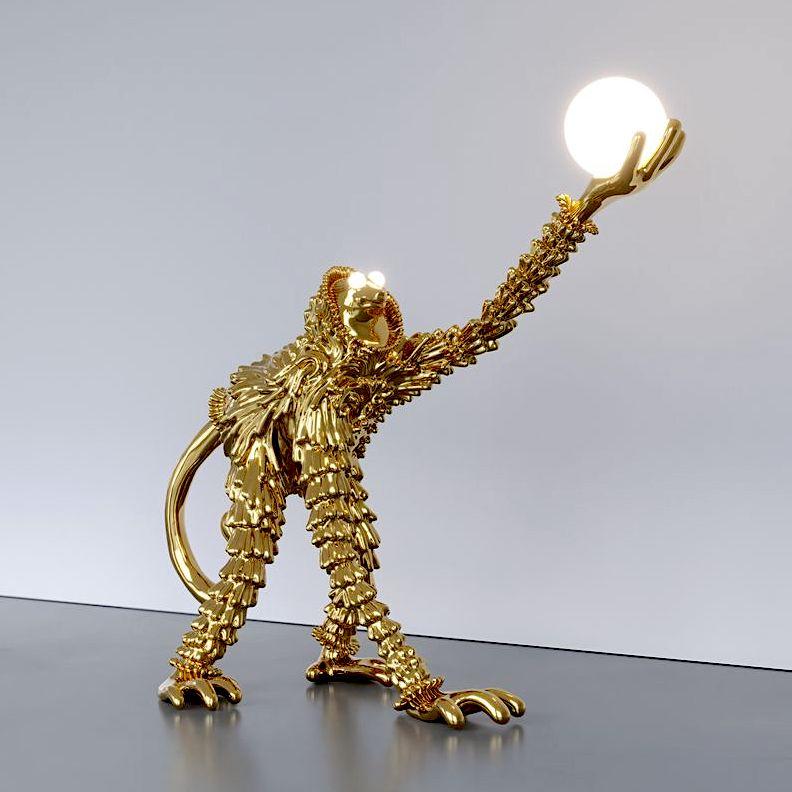 Moving through, “Looking Glass and Paths” is a display of mirrors from the Haas’s ongoing “Zoidberg” series—a collection of lumpen bronze mirrors that look like portals to another realm and willfully blur the distinction between art and design.

Grouped together under the title “Storyteller” is the brothers’ collection of silk and wool tapestries. A new medium for the dexterous twins, the series of childlike wall hangings depict the California landscape and are directly inspired by their burgeoning fascination with nostalgia and innocence. 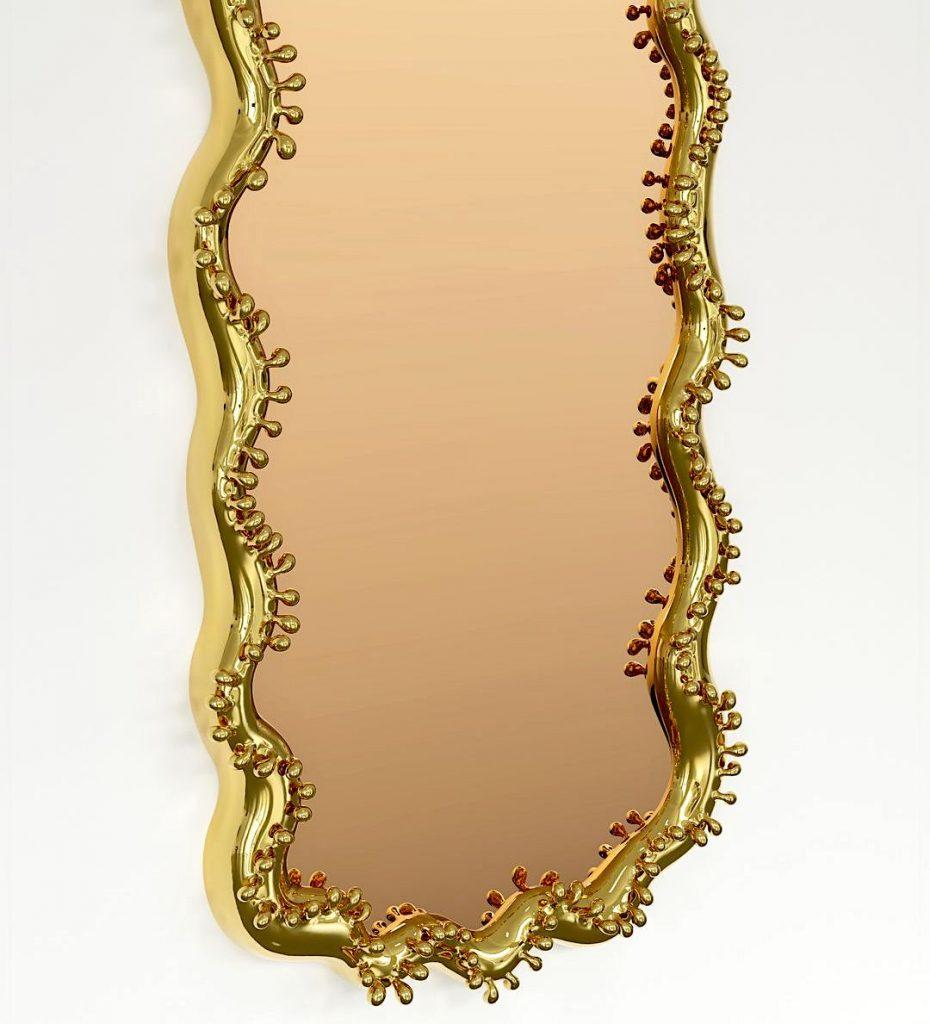 “I think we are honing our ability to create fantasy,” Niki said in a recent interview. “It’s definitely supposed to take you back to childhood, and it’s meant to free you from preconceived stereotypes or rules in how you interact with the world and yourself.”

While some of the pieces in “Clair de Lune” are unique, many of the objects are editions, which will delight those keen to add to their own menagerie of Haas critters. Early patronage from the actor Tobey Maguire, and continued support from high-profile clientele, has ensured that the work of the Haas Brothers has been in demand since they first established their studio in 2010. 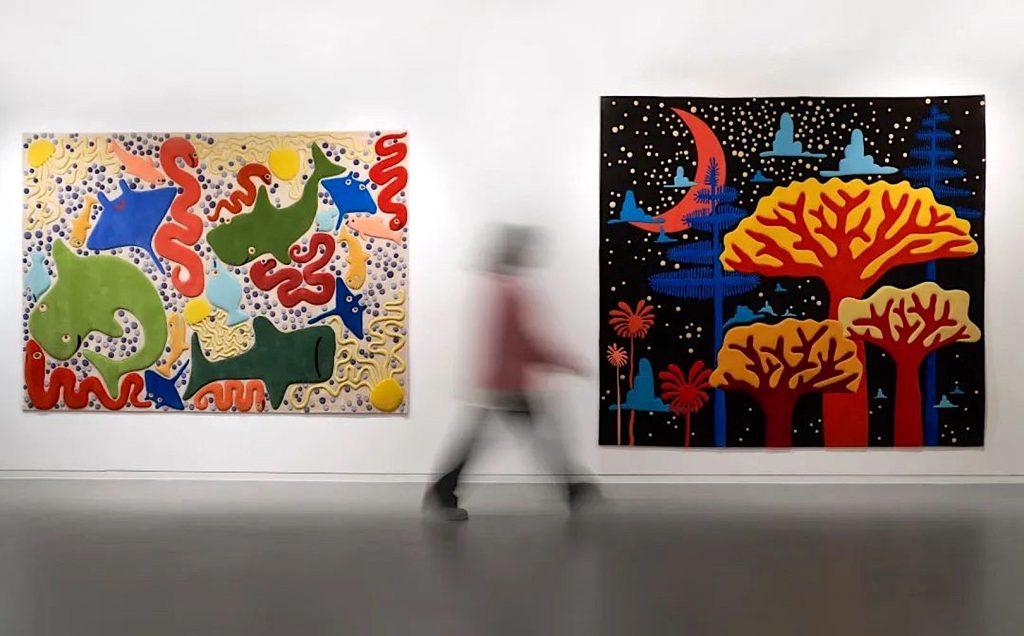 In 2021, the Haas Brothers beast a two-legged, yeti-like sculpture crafted from purple faux fur and bronze—fetched $225,000 at a charitable auction held at Christie’s in New York, nearly double its low estimate.

Meanwhile, their ongoing collaboration with the homeware brand L’Objet provides an entry point for those at the start of their collecting career. Surely there’s space on everyone’s table for a £330 ($402) pair of brass salt and pepper shakers?