Home News The landmark exhibition ‘Sensation’: who were the big buyers of Charles Saatchi’s... 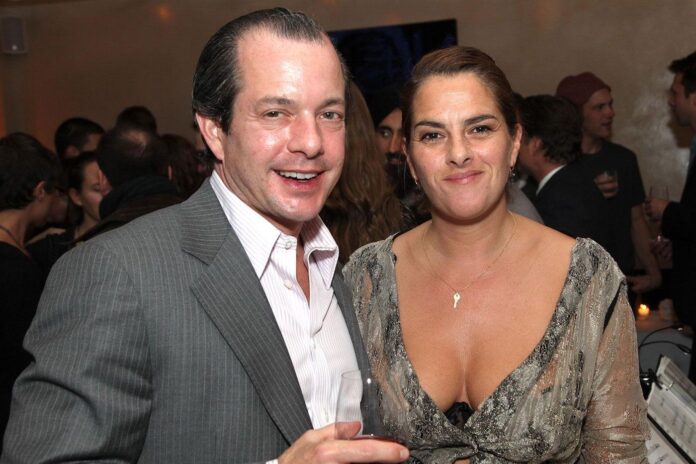 Frank Gallipoli, a commodities trader based in New Canaan, Connecticut, has bought several major pieces from Charles Saatchi’s 1997 Sensation exhibition. His purchases include Marcus Harvey’s 1995 portrait of Myra Hindley, Gavin Turk’s 1993 self-portrait as Sid Vicious, Pop, and works by Chris Ofili, Jake and Dinos Chapman, Gary Hume, Jenny Saville and Simon Patterson. Gallipoli is one of at least five US collectors who have bought art originally shown in Sensation.

As the Royal Academy in London inaugurates USA Today, a new show of work by American artists drawn from the collection of Charles Saatchi, we reveal where many of the works originally exhibited in Sensation are today.

The National Gallery of Art in Washington, DC, and MoMA in New York have acquired major pieces from the exhibition, by Rachel Whiteread and Yinka Shonibare respectively, while Tate in London has purchased only one relatively inexpensive work from the show, a video by Sam Taylor-Wood. Private collectors in England have bought a handful of Sensation works while other major pieces have gone to European collections.

When Sensation first opened at the Royal Academy in London in September 1997, it confirmed a new movement, the so-called “young British artists” (YBAs), and helped to launch the international careers of Damien Hirst, Tracey Emin, Gavin Turk, and Jake and Dinos Chapman, among many others. The work on show, visually aggressive and deliberately provocative, generated countless headlines and media debate. One visitor was so offended by Marcus Harvey’s Myra, which is composed of the hand prints of children, that the painting had to be removed temporarily from display after it was pelted with eggs.

The exhibition moved to Berlin and then, with still more controversy, to the Brooklyn Museum of Art. This time it was Chris Ofili’s The Holy Virgin Mary, 1996, a canvas which incorporates elephant dung, which caused an uproar. Then Mayor Rudolph Giuliani branded the work “sick” and “disgusting” and threatened to punish the Brooklyn Museum unless it cancelled the show. The case went to court and a federal judge ruled against the mayor and the City of New York stating that they had no right to inflict any retaliation against the museum as a result of the show, including withholding funds, evicting the museum from its building or interfering with the composition of the board of trustees.

The furore in New York persuaded the National Gallery of Australia in Canberra to cancel the exhibition; it had been scheduled to open there in June 2000.

Charles Saatchi consigned several works from Sensation to auction within two years of the exhibition. The signature pieces he kept went on show in his gallery at County Hall, in London. Two years ago he removed the Britart from display to make way for a series of paintings exhibitions. He then sold most of the iconic works from Sensation including Damien Hirst’s pickled shark. The sales must have generated tens of millions of pounds.

The disposal of these works coincided with the arrival of a major new Britart collector. Frank Gallipoli says that he has been buying Britart for the last three years. Speaking to The Art Newspaper, he said: “I like the sensibility of this group of artists. Their work is aggressive and visually interesting. A group of artists this strong only comes along once in a generation.”

Gallipoli says he almost exclusively buys work by the YBAs and now owns a large collection of art by Tracey Emin, Damien Hirst, Jake and Dinos Chapman, Sarah Lucas, Gary Hume and Marc Quinn. He says he bought some of his Sensation pieces directly from Charles Saatchi as well as from White Cube in London. He also buys art from Sadie Coles in London and Mary Boone in New York.

Gallipoli, 42, says: “These are all artists who are almost exactly my age. I travel to London often and I visit many of them in their studios. I have become good friends with several of them.”

The Sydney-based museum has almost 36,000 pieces from across time and from around the world