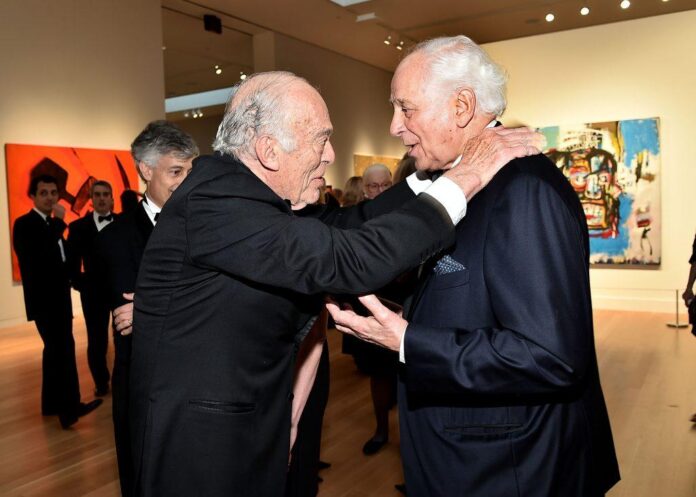 Louvre Antiquities Trafficking Case Gets a Trial Date – Former Louvre president Jean-Luc Martinez and former scientific director of France Museums Jean-François Charnier will have their case heard February 3, 2023. At a hearing on November 4, the public prosecutor asked that the indictment of the two, who are accused of negligence or complicity in the purchase of Egyptian art objects of dubious origin, be lifted. (Le Monde)

National Gallery Donors Defend Expansion Design – Amid a row over Annabelle Selldorf’s proposed $40 million redesign of London’s National Gallery—which eight architects likened to an “airport lounge” in a public objection—the original donors to the museum’s Sainsbury Wing voiced their support for the project. (The Art Newspaper)

Art Patrons Donate Ahead of Midterms – As the U.S. prepares for midterm elections on Tuesday, art collectors have been busy donating to their preferred candidates. Ronald S. Lauder, who founded the Neue Galerie in New York, has spent at least $11 million to support Republican Lee Zeldin for New York governor, while his brother, Leonard Lauder, has donated to Zeldin’s Democratic challenger Kathy Hochul. Ken Griffin, Larry Ellison, and Stephen A. Schwarzman are among the top 10 political donors backing Republican candidates. (, ARTnews)

Climate Change Remains Taboo for Egyptian Art Institutions – Research shows that art institutions and museums are among the public’s most trusted sources. At the U.N.’s climate change conference, Cop27, this week, experts consider whether museums therefore have a responsibility to move away from a position of “climate neutrality.” (TAN)

U.S. Edition of Johann König’s Memoir on Hold – Sternberg Press confirmed that it put an upcoming edition of The Blind Gallerist, a memoir by the Berlin-based dealer facing allegations of sexual harassment, on hold. König denies the allegations and called the original report  “false and misleading.” (ARTnews)

Kurimanzutto Expands to the U.S. – The Mexico City gallery is opening a 6,700-square-foot space in on West 20th Street in New York on November 11 with a group show of all 37 of its artists. ()

Behind the Scenes of Dmitry Rybolovlev’s Private Island – The Russian oligarch and art collector is building a resort on a Greek island he purchased. Although there were rumors that it would become an “art island,” it appears the heavily secured property will instead be a self-sufficient luxury resort. (TAN)

See Inside Lena Dunham’s Art-Filled Home – The filmmaker offers a peek into her home, built in the Connecticut backyard of her parents, artists Laurie Simmons and Carroll Dunham. On the walls are artworks by the likes of Kyle Staver, Jackie Saccoccio, Marilyn Minter, and others. (Architectural Digest)