Home News The Little-Known Story of How a Brash Duchess Convinced Wealthy Americans to... 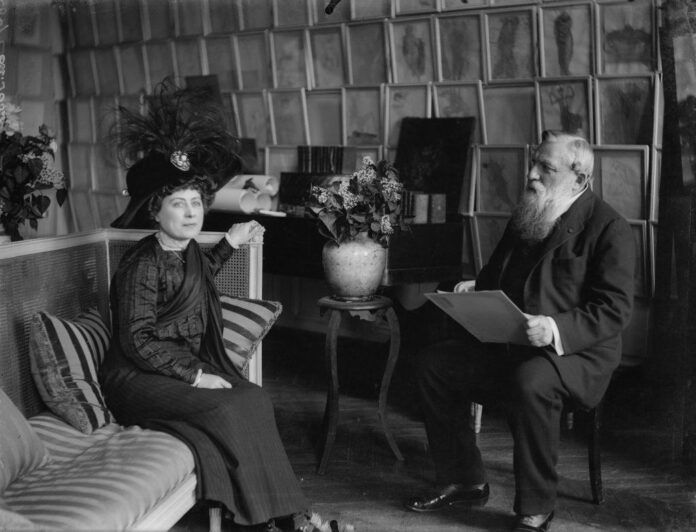 By the end of his life, Auguste Rodin was easily the most famous artist in the world, staging international exhibitions, waitlisting collectors, and influencing generations of artists with his pathbreaking Modern style.

But until he was 40 years old, Rodin learned his living assisting other artists. As a younger man he had twice failed to gain admission to Paris’s fine-art academy, while the state salons, still embracing traditionalist art, repeatedly declined to show his sculptures.

It was only in 1880, the year he received a commission to make a monumental set of bronze doors, that Rodin could finally afford to work as an artist full time—and he made sure to keep it that way.

A scholarship-heavy new show at the Clark Art Institute in Williamstown, Mass., “Rodin in the United States: Confronting the Modern,” on view through September 18, reveals how cracking the lucrative market in America helped seal Rodin’s reputation, and how his personal relationships with Americans—including his final mistress—paved the way.

As he slowly began to show and sell his work, Rodin became his own dealer in order to keep a close eye on his market. When the Paris World’s Fair opened in 1889, for example, he could have unveiled his Gates of Hell to a vast public audience, but he opted instead to show a selection of smaller works to a group of private collectors at Paris’s influential Galerie Petit. 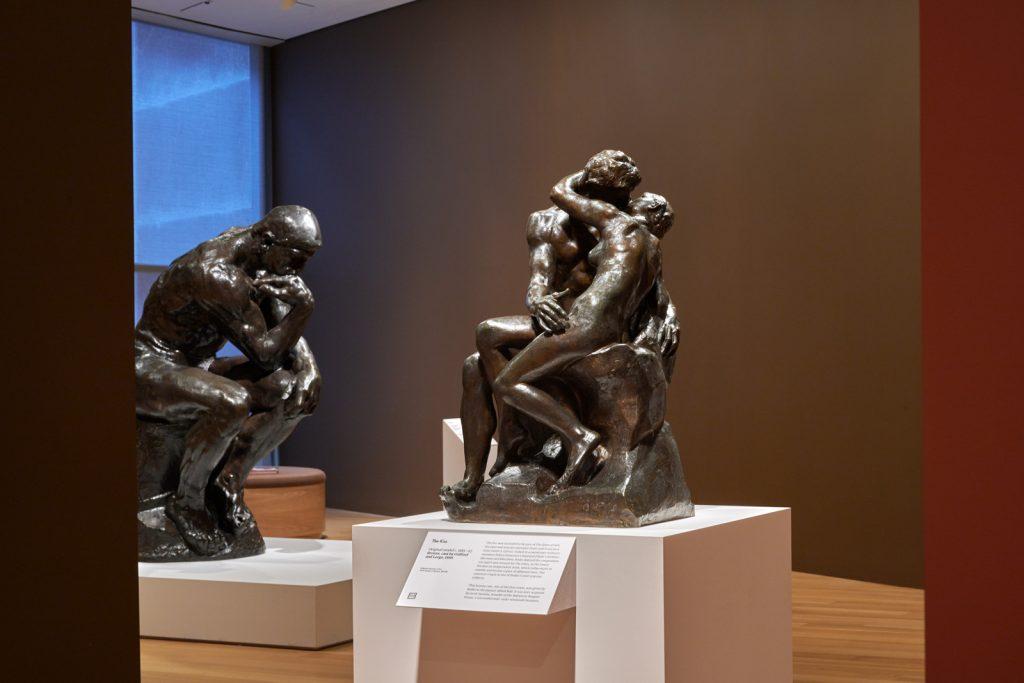 The story is told largely through wall texts, where the provenance histories are a litany of prominent American names. One marble bust from 1903, as well as a mask, depict the New York art patron Katherine Seney Simpson, who was so impressed with the portrait that she went on to collect some of the artist’s most significant works and later donated them to important U.S. institutions. In the Clark show, a bronze figure from Rodin’s Burghers of Calais, and the marble sculpture Woman and Child are both labeled gifts of Seney to the National Gallery of Art in Washington, D.C.

Then there’s a bronze edition of The Thinker inscribed with a dedication to the American dancer Loïe Fuller, who befriended Rodin in Paris and later promoted his work in New York, including at an exhibition of his sculptures and drawings she staged at the National Arts Club in 1903. Meanwhile, New York financier Thomas French Ryan donated a marble Orpheus and Eurydice sculpture that’s on view, as well as a drawing of a crouching nude figure, to the Metropolitan Museum. 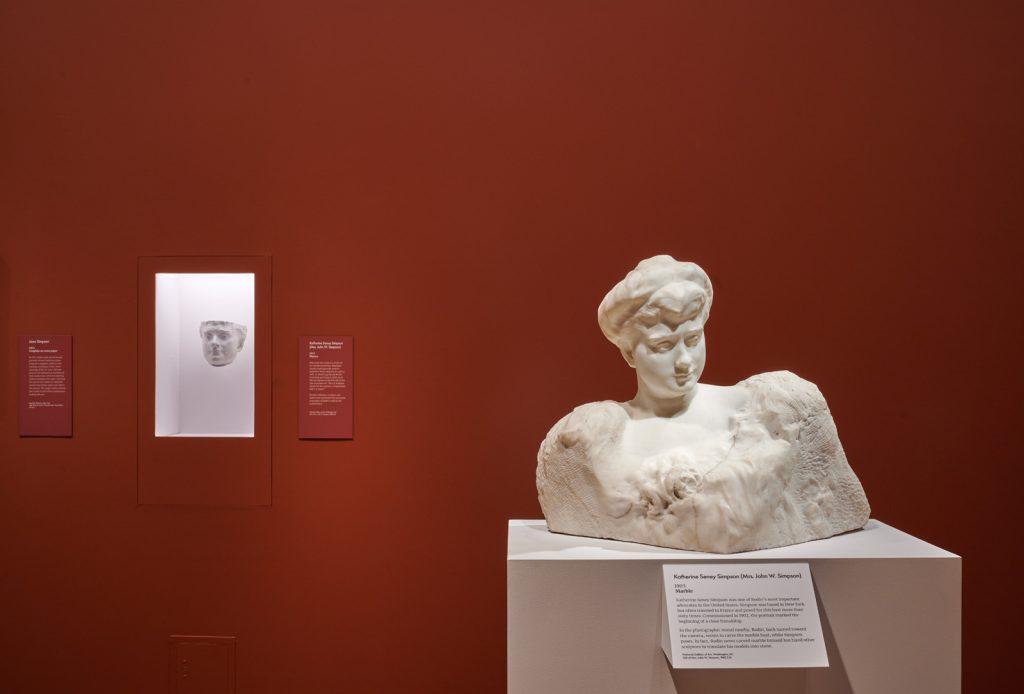 But one name that is largely absent from the show is that of Claire de Choiseul, Rodin’s mistress of nearly a decade and the mastermind behind much of his success in the U.S.

French in name only, Choiseul was married to a duke from Normandy but herself came from a wealthy family in New York—and she could not have been more American to Rodin’s circle of French artists and patrons.

She drank heavily, danced wildly, and laughed at her own jokes. She once boasted of owning multiple pistols. When a journalist asked her if it was true that Rodin had taken a special interest in an American woman, she replied, “Yes, I am proud to be both—the muse of the greatest sculptor in the world and a daughter of the greatest country in the world.”

Rodin, on the other hand, was delighted when he met Choiseul, in 1904, when he was 64 and she 40. She lightened his somber moods and made him laugh like no one had before. When he molded her bust it was one of the only smiling faces Rodin ever made.

The poet Rainer Maria Rilke, Rodin’s onetime assistant, considered the duchess “frightful,” but recognized that her levity complemented Rodin in his older age. He “needs that now,” Rilke wrote. 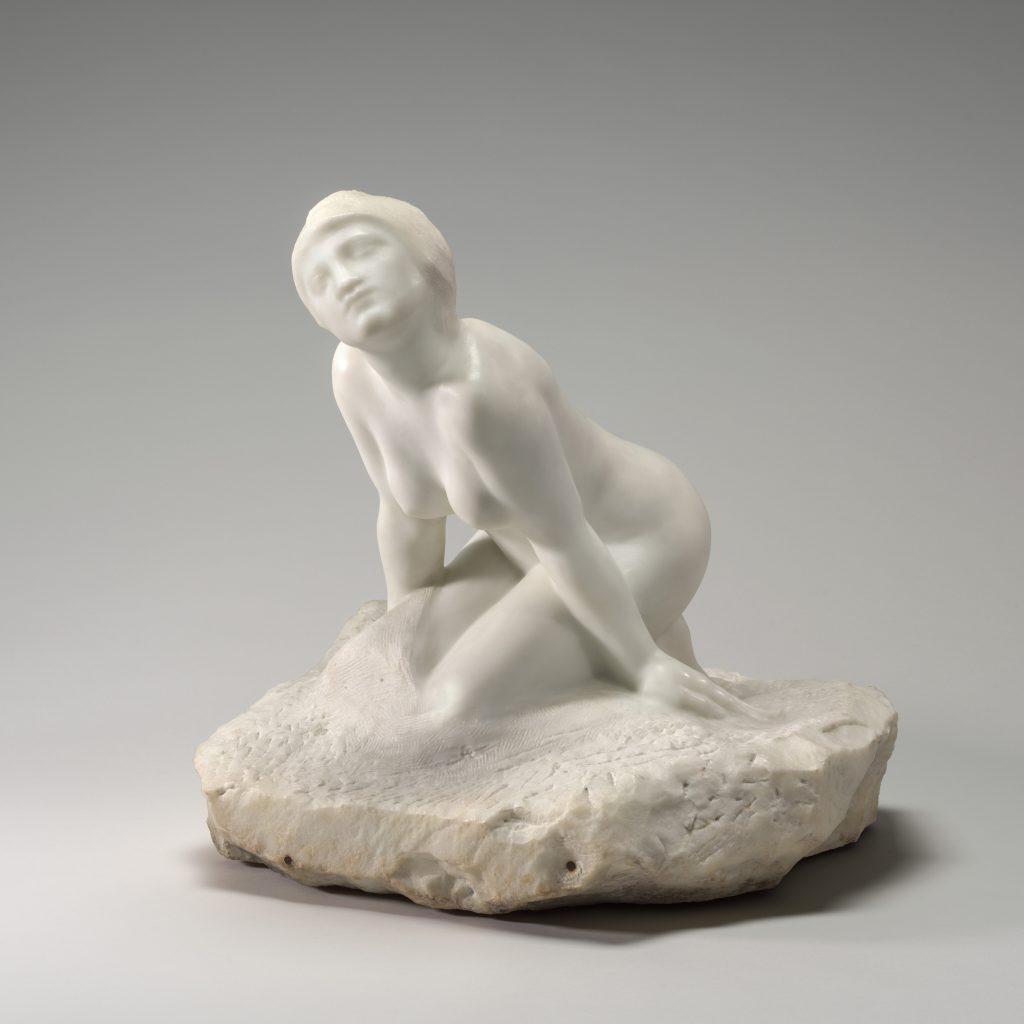 Rodin, who usually kept an iron grip on his business affairs, didn’t even seem to mind when Choiseul started managing the sales and marketing of his work. She started with his personal image, instructing him to retain a barber for regular beard maintenance, and to wear tailored suits and top hats rather than artist tunics.

She also convinced him that she understood the psychology of American collectors and proposed a two-part sales strategy: 1. Raise prices for American collectors (and Americans only) to raise their perception of his works’ value, and, 2. Focus on portraiture, because Americans liked to look at images of themselves.

Around the same time, Rodin consulted a parliamentarian who advocated for French art abroad for pricing advice and he agreed with Choiseul’s logic: “My American friends think you should get forty to fifty thousand francs, that is to say eight to ten thousand dollars… I would say: ‘My price is no less than 40,000 francs for a large bust.’ They don’t care about paying one or two thousand dollars more, I think. And it’s important that you not be demoted to a lower level of artist.”

The strategy worked. In 1907, the American newspaper publisher Joseph Pulitzer commissioned two busts of himself for 35,000 francs, while railroad tycoon Edward Henry Harriman purchased his bust from Rodin for 40,000 francs.

Choiseul then introduced Rodin to one of his most important American patrons, the financier Thomas Fortune Ryan. When Ryan came to the artist’s studio to sit for a bust, Choiseul was there to encourage his buying. She spoke to him about the singular greatness of their home country and advised him to preserve his legacy within it. He ought to donate Rodin’s sculptures to the Met, she suggested, and cement his status in history as one of America’s leading philanthropists.

Ryan did just that, going on to buy nine works by Rodin, three of which he would donate to the Met. He also wrote a letter to Choiseul, informing her that he planned to give $25,000 to the museum as well in order to purchase another 12 works by the artist. 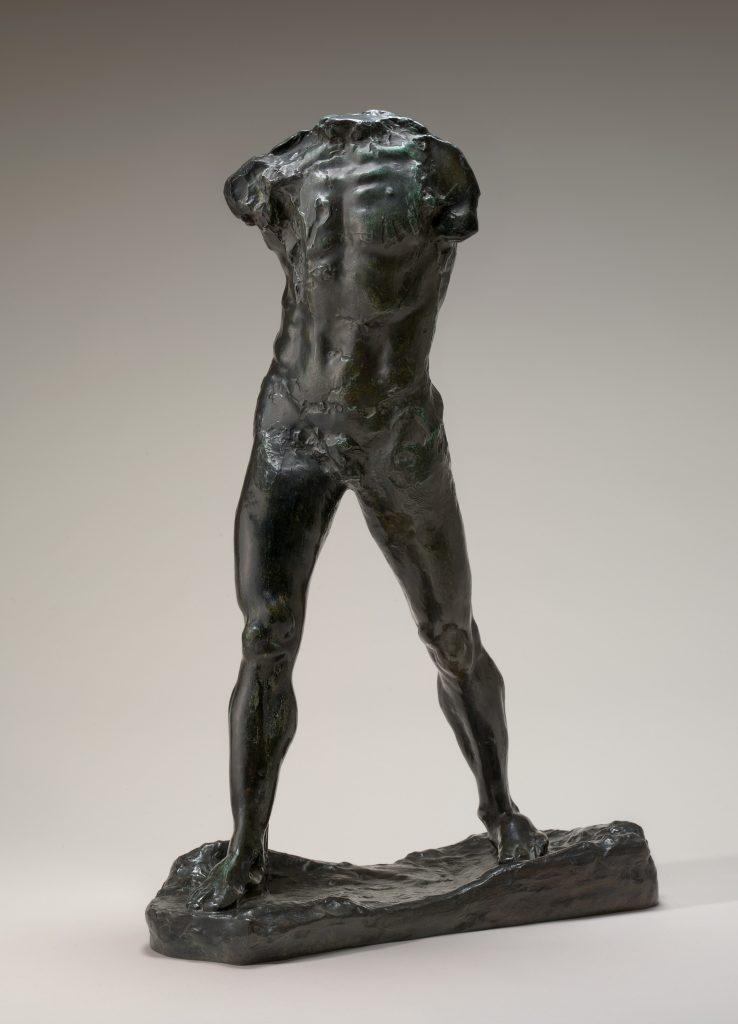 From there, Rodin’s extraordinarily lucrative commissions from the U.S. only multiplied. “I was tempted to do portraits and nothing but portraits for enormous sums offered to me by American millionaires and their wives,” Rodin once said. “How do you say no to a man who hands you a blank check?”

Others were far less impressed with Choiseul’s influence on Rodin’s life. She restricted access to his studio so tightly that acquaintances referred to her as “Cerberus” and sometimes “The Influenza.” Instead of a savvy businesswoman advancing her lover’s career, Rodin’s friends saw her as a calculating opportunist whose true ambition was to wrest control of the artist’s estate, or perhaps the rights to make posthumous reproductions of his work.

Ultimately, their view won out once Rodin’s trusted secretary of six years, Marcelle Tirel, made an accusation the artist couldn’t ignore. Rodin approached her about a box of drawings that had gone missing, and Tirel replied that she had seen Choiseul tucking the works into her stockings one day at the studio.

Rodin leaned back against his sculpture of Ugolino from Dante’s Inferno and wept, Tirel recalled. Then, he sent an assistant to fetch Choiseul’s keys to his studio and refused to speak to her ever again.

The reported on its front page that French society was so enrapt with the news of the rift that they could talk of “nothing” else. Choiseul caused the rupture, the paper said, because she “exercised too great an influence over the master and generally monopolized the sculptor’s affairs.”

For two years, Choiseul wrote Rodin letters begging for forgiveness. Her husband even wrote the artist asking him to take pity on her.

Rodin was heartbroken too. “I am like a man who walks in a woods overcome by darkness,” he told a friend after the split. But he had long before drawn a hard line at meddling in his business matters, which he’d worked so hard to establish. So when Choiseul showed up at his studio once in a black veil, Rodin paused from his drawing and barked at his assistant: “Show madame out!”

Choiseul’s influence on Rodin was nonetheless cemented and, even after his death, in 1917, his reputation in America flourished. The Philadelphia philanthropist Jules Mastbaum bought up more than 100 works by the artist to open the Rodin Museum in 1929, which is today the largest collection of the artist’s works outside of Paris. And in 1942, Seney pledged her extensive collection of Rodins to the National Gallery of Art in Washington, D.C., then a fledgling institution with just 40 sculptures, mostly from the Italian Renaissance.

“During her involvement with Rodin, Claire de Choiseul noticed the emergence of these new [American] clients and was the first to sense their full potential,” wrote Véronique Mattiussi, archivist at the Rodin Museum in Paris, in the Clark show’s catalogue. While their relationship ended bitterly, Rodin’s relationship with the U.S. “would nonetheless prove faithful and lasting,” Mattiussi continued, “continuing to deepen beyond his lifetime as Rodin became the best-represented French sculptor in the United States.”