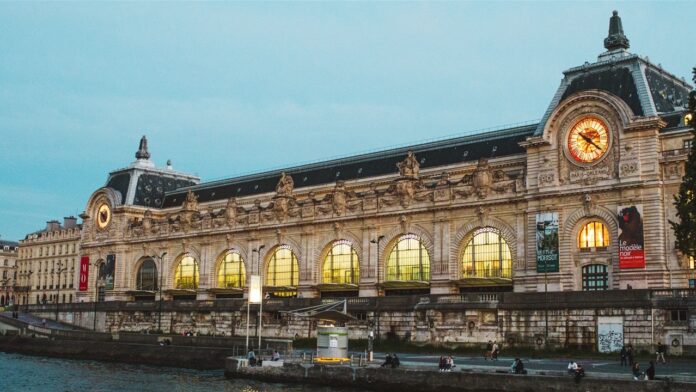 When it comes to the art world, the names of certain institutions are deeply rooted in the world’s consciousness. When you think of the Louvre, you immediately think of the spacious squares and streets of Paris, and when someone mentions the Metropolitan Museum, you can almost smell the hot dog carts parked at the foot of the building as they climb the famous steps in summer.

The Musée d’Orsay of France is also among the museums that can evoke strong sensory memories by the mere mention of its name, but now there are reports that the name of the museum will be changed to pay tribute to Valerie Giscard d’Estaing, who served as President of France from 1974 to 1981.

Soon after the adoption of an official decree by the Council of State of France, the museum will be called Musée d’Orsay – Valéry Giscard d’Estaing; the name change will also affect the Musée de l’Orangerie, at the end of which the name of Valerie Giscard d’Estaing will presumably be added.

Roselyn Bachelot-Narquin said that a cultural person, passionate admirer of 19th-century art and literature, President Valerie Giscard d’Estaing worked with dedication and determination to create the museum and followed its development. This heritage and architectural gesture were very daring, combining the preservation of a historical monument and its transformation into a museum.

In particular, Valéry Giscard d’Estaing was responsible for saving the Gare d’Orsay train station from demolition in 1977 and was also instrumental in approving the plan to turn the site into the now-iconic Impressionist and Post-Impressionist museum.

It seems likely that most people will continue to call the future Musée d’Orsay – Valéry Giscard d’Estaing Musée d’Orsay, but at least the name update is appropriate given Giscard d’Estaing’s responsibility for creating the museum.  Meanwhile, in America, you can stick your name to museums for the low price of $ 125 million.

Must-sees at the Musée d’Orsay: the most famous paintings 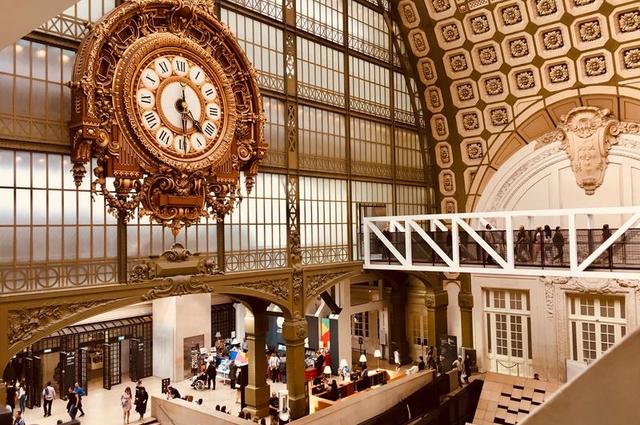 The premises that house the museum of Paris were formerly used as a train station. The interiors create a special atmosphere, and the exhibits are no less popular. Another feature of the museum is the principle of placement of works. Here, next to the canvases and sculptures of famous artists, you can see the creations of completely unknown authors.

The paintings are located on each of the three levels of the Musée d’Orsay. The basement rooms are occupied by sculptures of the middle and second half of the 19th century and paintings. On the middle level, there are paintings by naturalists and symbolists, interesting examples of decorative art and sculpture of the second half of the 19th century. On the upper level, there are the works of the Impressionists and Post-Impressionists.

The collection of the museum of Paris reflects the events of almost half a century of artistic life in France – from about the middle of the 19th century to the first third of the 20th.

The ten most famous paintings on display at the Musée d’Orsay include:

The artist created this pictorial series of 30 paintings depicting the facade of the cathedral at different times of the day in 1892. To do this, he rented a house directly opposite the cathedral and worked on several canvases at once. 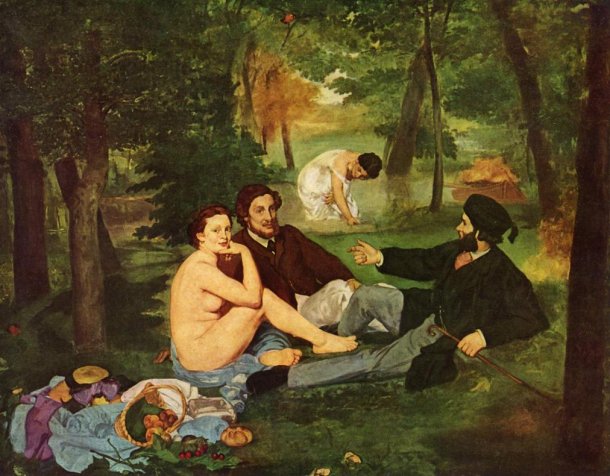 The famous painting depicting a naked woman surrounded by dressed men. For a long time, the canvas remained the subject of criticism and attacks, mainly because of its “immorality” and unsuccessful depiction of still life. 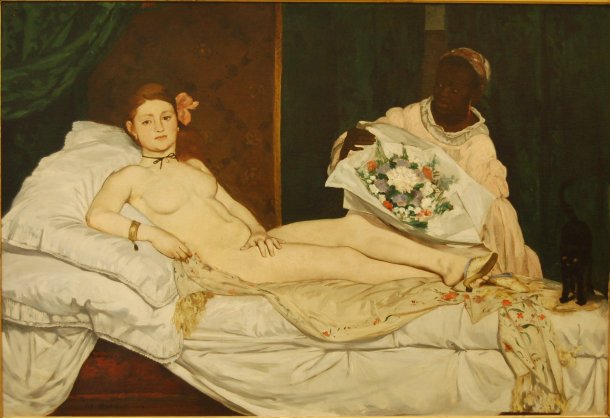 This is another painting in the Musée d’Orsay that caused a storm of indignation among contemporaries. The main complaint was that on the canvas, instead of the mythological heroine, Manet depicted a girl of easy virtue. The artist was scolded for the lack of a background, misuse of yellow and white colors, and also for the similarity of the painting with the famous painting by Titian “Venus of Urbino”. 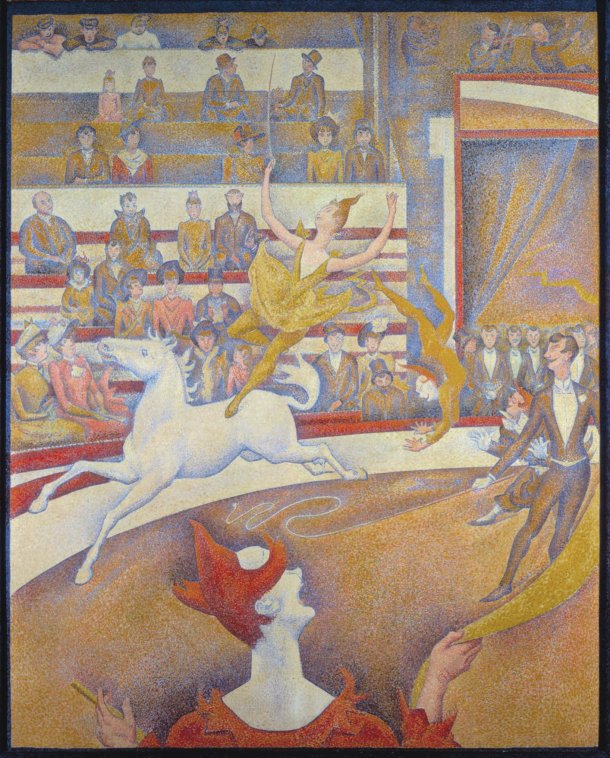 The painting was created in an unusual technique of pointillism using dots of certain colors. 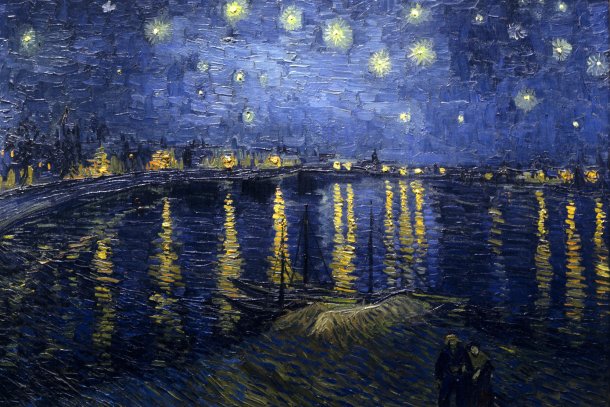 On this canvas of the most unconventional painter, you can see not just a landscape but rather a cosmogonic picture of the world. The painful perception of the artist has created a whole system where metaphysical streams pierce heaven and earth. 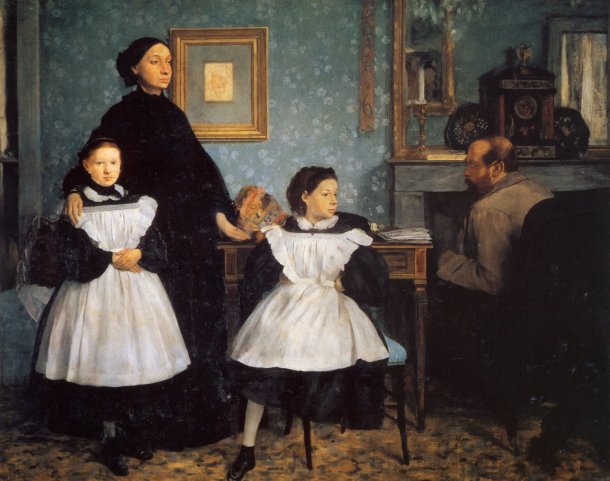 The canvas depicts the real family of the painter (aunt with her children and spouse) at a time of discord. This is evidenced by the postures of people and the look in different directions. 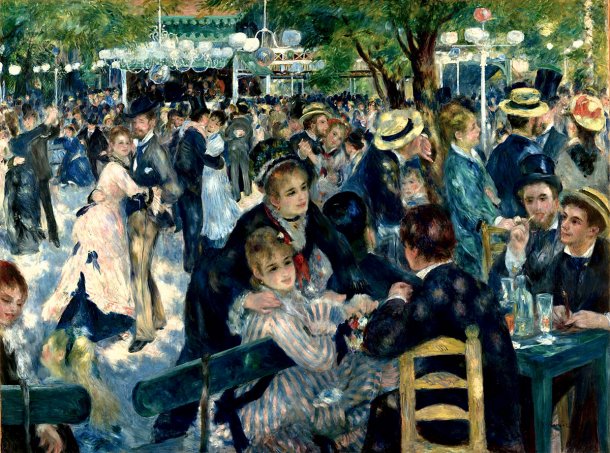 The canvas is notable for its colorfulness, a plot unusual for its time, and a beautiful play of shadow and light. 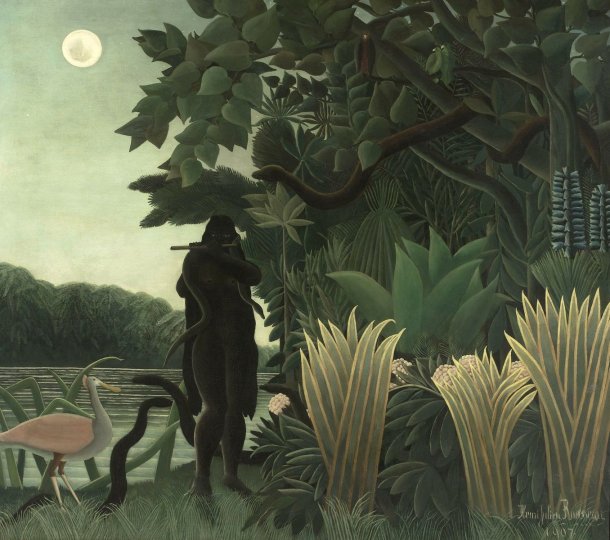 On the canvas, you can see the tropical world fictional by the artist, in which every living creature listens with rapture to the sounds of a pipe. 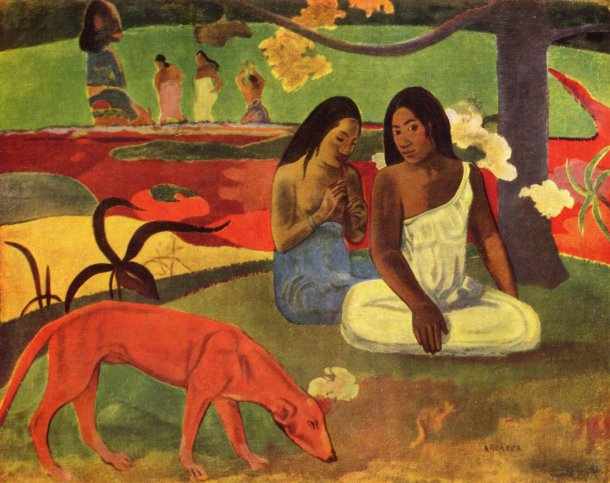 Painted during a trip to Tahiti, the picture depicts the entertainment of Tahitian women – playing the reed pipe, dancing around a huge idol. The highlighted dog has long been the cause of the outrage of the Parisian public. 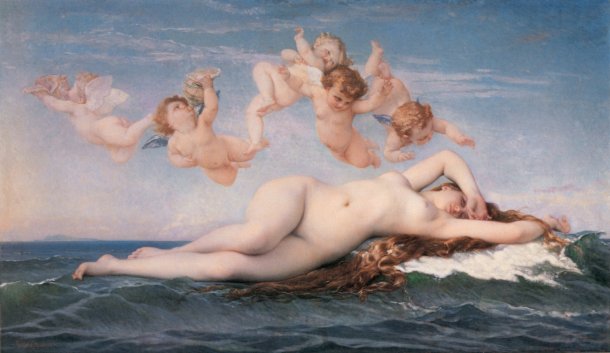 The most famous painting depicting the birth of Venus from foam can be found in the Musée d’Orsay.

The space of small rooms on either side of the main gallery is reserved for paintings. Of the greatest interest among other objects of the museum is the collection of paintings by impressionist artists, which includes the most famous works of the best masters of this trend.