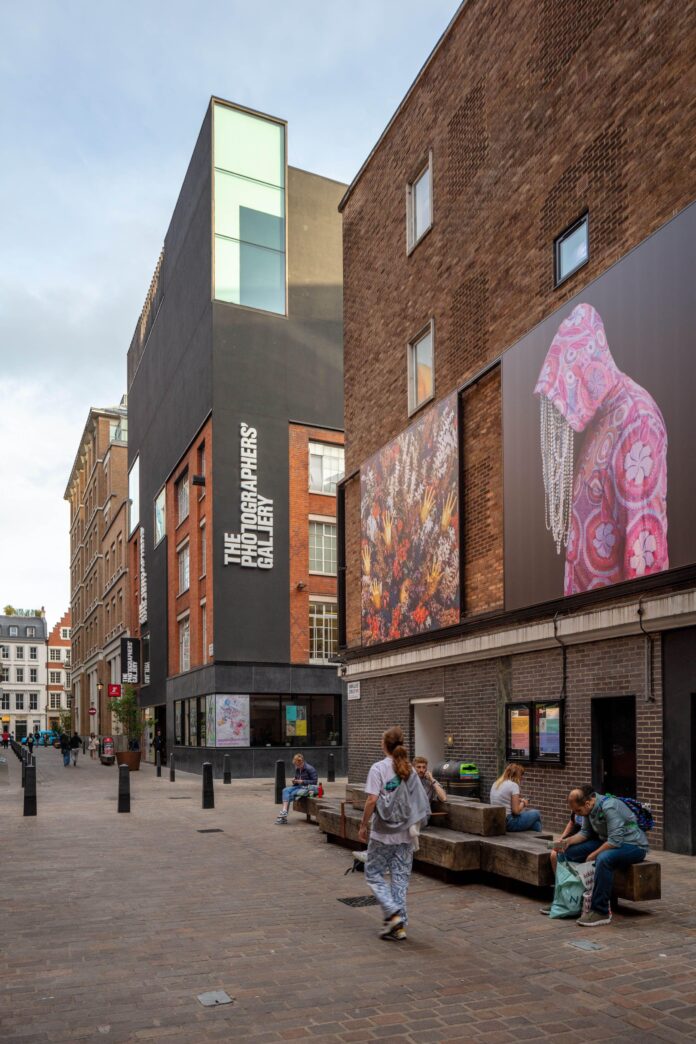 Shoair Mavlian has been appointed as the new director of The Photographers’ Gallery (TPG) in London, 14 years after she worked as an intern at the Soho-based photography institution.

Currently the director of the Brighton-based charitable organisation Photoworks and a former photography curator at Tate Modern, Mavlian will replace Brett Rogers, who led TPG for 16 years. She will begin her new role in January 2023.

Mavlian takes on the directorship of TPG shortly after its 50th anniversary and ten years after its move to a five-floor former warehouse in London’s Soho. Founded in 1971 by Sue Davies, TPG was the UK’s first public gallery devoted to photography and remains its foremost centre.

In 2012, during Rogers tenure, TPG relocated to its current venue on Ramillies Street, just off Oxford Street. In June 2022, just after announcing he was to step down from the role, Rogers successfully oversaw the launch of the open-air Soho Photography Quarter. “It’s an interesting moment to build on this, and to think about that gallery space and the transition from indoor to outdoor,” Mavlian said.

Rogers was known as an influential and committed champion of contemporary photography who steadfastly supported an artist’s vision, however obscure it might be. TPG was the first UK gallery to exhibit key names in international photography such as Rinko Kawauchi, Gordon Parks, Rineke Dijkstra and Sebastião Salgado. This summer, it inaugurated the Soho Photography Quarter with work by the contemporary indigenous Australian artist Christian Thompson. TPG hosted the Deutsche Börse Photography Foundation Prize, regarded as one of the most significant awards in global photography, in 2005.

Mavlian now hopes to continue that tradition. “I grew up around photography,” she says. “My uncle was a press photographer and he taught me how to print in the darkroom when I was a child.”

But Mavlian will also need to ensure TPG’s financial stability, with the director’s job specification including the need to “ensure the long-term sustainability of the gallery”. TPG is a registered charity and is supported by Arts Council England, but it is also required to find additional funding. It is supported by the Deutsche Börse Foundation, who are affiliated to the Frankfurt-based bank; and the Wolfson Foundation, an organisation created by Great Universal Stores, a FTSE 100 retail and trading conglomerate. Covid severely affected footfall and in the financial year 2019-20, according to the Register of Charities, TPG and its subsidiary The Photographers Gallery (Enterprises) Limited made a loss of just over £200,000.

By the year end March 2021, TGP was back in the black—but the UK economy faces other pressures, from energy costs to rising inflation to an uncertain workforce. “Everywhere I’ve worked in the UK, fundraising and income generation have been part of the role,” Mavlian says.

Mavlian’s professional career began when she started working at the Tate in September 2008. By January 2011 she had been appointed assistant curator of photography and international art. Working with Simon Baker, Tate’s first curator of photography, Mavlian helped build the Tate’s permanent photography collection from a standing start of less than 1,000 photographs. Mavlian also curated and co-curated exhibitions such as Conflict, Time, Photography (2014) and The Radical Eye: Modernist Photography from the Sir Elton John Collection (2016). During her time at Tate, she also completed a masters degree in History of Art, Art History, Criticism and Conservation at Birkbeck College, University of London, and curated exhibitions at NEON festival in Athens, Greece; GetxoPhoto Festival in Bilbao, Spain; and Les Rencontres d’Arles in Arles, France.

Mavlian took over as the director of Photoworks in 2018. Photoworks, an Arts Council England National Portfolio Organisation, became more outward-reaching under Mavlian’s stewardship, developing mass participation initiatives through partnerships with affiliated organisations like the Jerwood Charitable Foundation, Historic England, English Heritage and Council for British Archaeology. Mavlian oversaw an ongoing project with Historic England, for example, tasked at curating a contemporary portrait of England’s high streets, taken by non-professional photographers who are invested in their local area. With the Jerwood Charitable Foundation, Mavlian helped to found The Jerwood/Photoworks Awards, a significant development bursary for British photographic artists in the first ten years of their career. The most recent commissions were awarded to Joanne Coates, a photographer based on the North York moors who is building a body of work addressing the erasure of contemporary working-class histories and culture in the countryside, and Heather Agyepong, who is developing a photographic series exploring the psychiatrist Carl Jung’s theories of repression.

Mavlian has also continued to work internationally, curating the Curiosa section of emerging international artists for Paris Photo in 2021, and exhibitions such as the Photoworks x Maison Européenne de la Photographie exhibition Zone Grise by Ursula Schulz-Dornburg in 2019, and the Photoworks X Tartmus Estonia exhibition by Diana Tamane in 2022.

Mavlian spent time in Australia as a child. Her father is Armenian, and she says this heritage informs her desire to look beyond photography’s established canon, geographically and otherwise. “When I started at Photoworks, we really made a commitment to giving space to underrepresented artists,” she says. “That’s something I will continue to champion at TPG.”

She’s also keen to bring that inclusivity to photography’s audience. TPG appointed the first curator of the digital and networked image in a UK photography gallery in 2011 and digital exploration remains key. “Galleries have to consider how they reach a digital audience,” Mavlian says. “How can they engage with people who perhaps aren’t going to come through the door? Thinking about how to make photography accessible is definitely part of the conversation.”

The Magic World Of Flying Airships By Luigi Prina