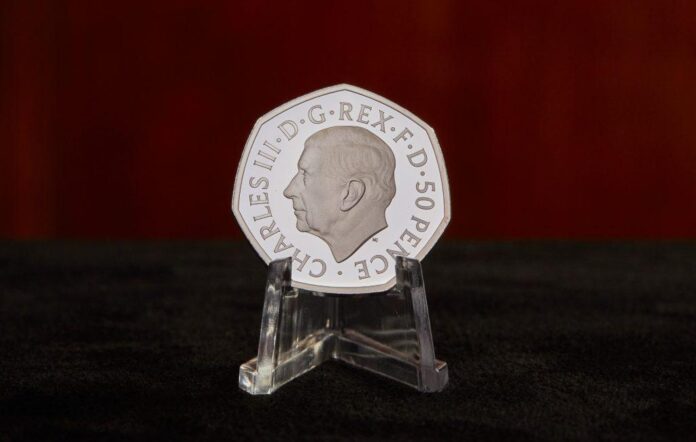 On October 3, the Mint will release a memorial range of £5 and 50p coins to commemorate Queen Elizabeth II. These will also feature a portrait in profile of the king, which will be the public’s first chance to spot his effigy in their spare change.

The reverse of the commemorative £5 coin will also feature two new portraits of the late queen designed by John Bergdahl, who specializes in coins.

On the reverse of the commemorative 50p coin will be a design from 1953 originally used to celebrate the queen’s coronation. It features four shields decorated with the Royal Arms and emblems of the four nations: a rose for England, a thistle for Scotland, a shamrock for Northern Ireland, and a leek for Wales. 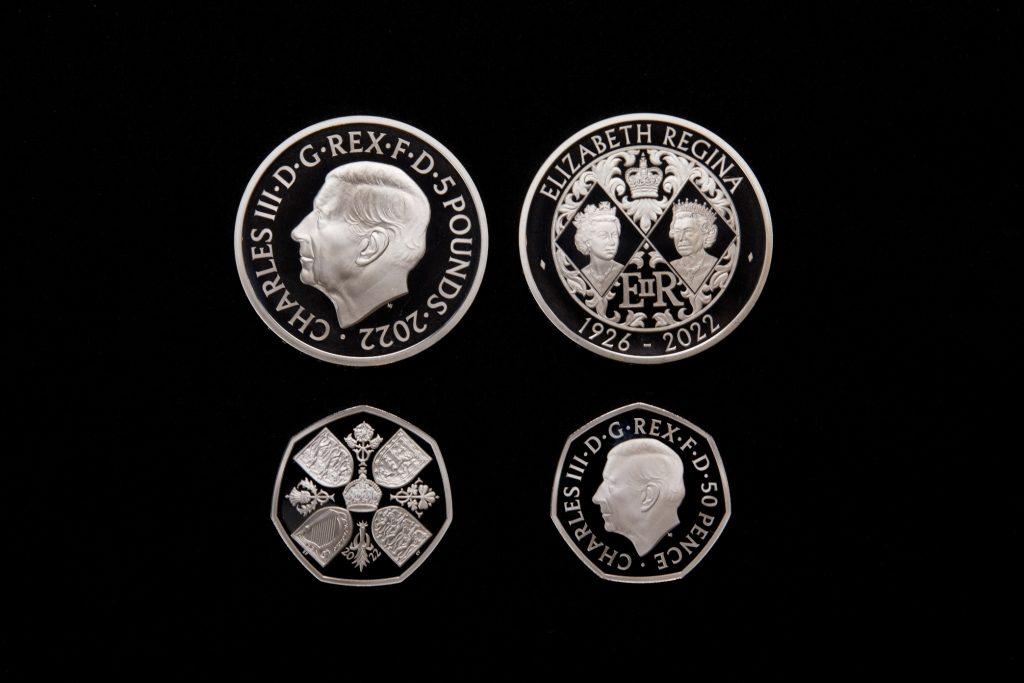 The king’s likeness was made by the British sculptor Martin Jennings, whose statue of John Betjeman is installed at St. Pancras station and of Philip Larkin at Hull Paragon Interchange station. The portrait was personally approved by Charles.

“It is the smallest work I have created,” Jennings said, “but it is humbling to know it will be seen and held by people around the world for centuries to come.”

“The Royal Mint has been trusted to make coins bearing the monarch’s effigy for over 1,100 years and we are proud to continue this tradition,” said the mint’s chief executive officer, Anne Jessopp. “Although technology has progressed, we continue to honor British craftsmanship passed down through the centuries.”

Approximately 27 billion coins are currently circulating in the U.K. that bear the effigy of Queen Elizabeth II, and these will remain legal tender.

E.T., Phone Bid? The Original Mechatronic Model Used to Make the Beloved Alien in the 1982 Film Could Fetch $3 Million at Auction