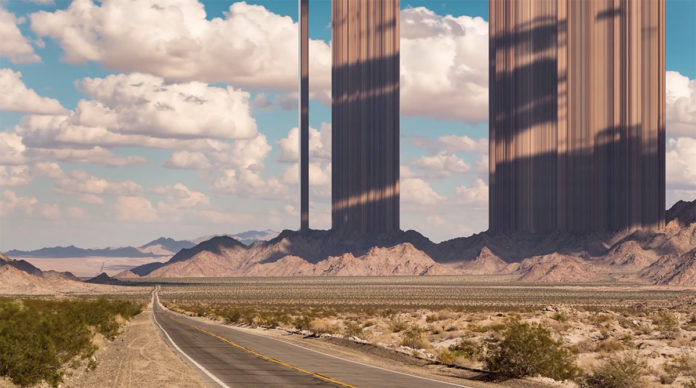 Panning the expansive desert, “American Totem” captures the mesas scattered across the beige- and rust-colored landscape but with an unearthly twist. Pillars ascend from their flat tops, reaching up through the clouds toward a pale blue sky in the short film, which combines real footage and digital effects. Created by London-based artist Theodore John, aka mustardcuffins, the moving columns shoot through dissipating clouds as the sun rises and sets, casting shadows across the sand and rocks. As night sets in, the film speeds up, morphing the dark sky into one filled with shooting stars. Find more multi-media projects from the artist and motion graphics designer on Instagram and Behance.