Home News The Venice Biennale has long been known as the world’s most discreet... 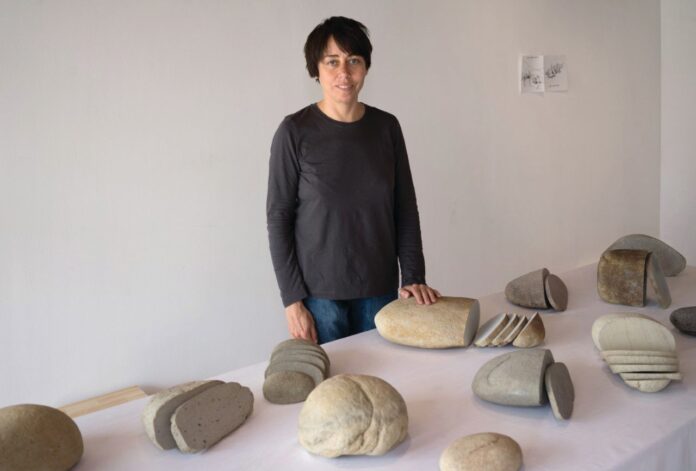 While the Venice Biennale has for many decades been regarded as the most prestigious and comprehensive overview of the latest state of chiefly Western visual culture, the richest 0.1% also continue to treat it as the world’s most exclusive and discreet art fair.

New canvases by the young British-Nigerian abstract painter Jadé Fadojutimi, four of whose works have sold for more than $1m at recent auctions, were “causing a collecting craze” last month in the central exhibition, Milk of Dreams, according to the Baer Faxt market newsletter, the mouthpiece of Josh Baer, the New York-based art adviser and commentator. The Oscar-winning actress Tilda Swinton was seen trawling the Kehinde Wiley show in the Cini Foundation at San Giorgio Maggiore, “looking for exactly which canvas she wanted to take home herself”, Baer revealed. Wiley’s distinctive realist portrayals of Black Americans have been selling for as much as $650,000 at auction.

Art and money have enjoyed a covert relationship at the Venice Biennale since the early 1970s, when the event got rid of the official sales office that had been a fixture since the founding edition of 1895. “It was considered an instrument of the commercialisation of art,” explains the biennial’s website. Since then, works have been quietly available for purchase if collectors contact the artists’ gallerists. But this year, as the art world emerged blinking out of the two-year trauma of Covid, it seemed that the Biennale was more relaxed than ever about sales. A spokeswoman at Simon Lee, for instance, the London dealership that represents Sonia Boyce, whose multimedia installation, Feeling Her Way, in the British pavilion, won the Golden Lion award for national presentations, says that “works are available to buy via the gallery”.

“Art has been taken by money to a level that is astonishing,” says Anish Kapoor, the British Indian sculptor and one of the world’s most successful artists, whose works have been routinely selling for hefty six-figure prices at international art fairs in recent years. Kapoor has recently bought the stately Palazzo Manfrin in Venice, where a selection of his large-scale sculptures and paintings are on display during the Biennale, as well as in a career-culminating solo show at the Gallerie dell’Accademia.

“Western culture is in deep, deep, deep crisis,” Kapoor says. “We are not makers of luxury goods, and it co-opts artists into the luxury goods markets,” he adds. “We are in a strange place. We are truly and unknowingly in between the way the world used to be and what the world might be, from climate change, to political unrest, you name it.”

Appalled by the war in Ukraine, Kapoor has suggested to the organisers of the biennial that he construct a replica of Russia’s shuttered national pavilion in Venice for use as a public urinal. The project remains as yet unrealised. “Such is the inability of citizens, or artists, to deal with deep aggression that all one can do is to ridicule it,” Kapoor says.

Or else come up with a metaphor that makes some kind of poetic sense of it.

One of the most compelling satellite presentations during the Biennale was Palianytsia, a fundraising pop-up show of new sculptures by the young Ukrainian artist Zhanna Kadyrova, organised by Galleria Continua. “Palianytsia” is the Ukrainian word for “bread”, which Russians find difficult to pronounce, thereby creating a password to distinguish friends from foes. Kadyrova transubstantiated this idea into a series of neatly sliced “loaves” made out of stones rounded by rivers in the Carpathian Mountains, where she has been sheltering from the conflict.

Sales from the exhibition raised more than €50,000 to buy food and other essential supplies for the artist and her colleagues, some of whom are now in combat in eastern Ukraine. Like real bread, these stone “loaves” were priced by weight, at one euro per gram.

“We changed stone bread to real bread,” Kadyrova says. “We did it because it was the only possible way for us to generate money without a studio and without our previous life. It wasn’t a philosophical thing. I needed to produce.”

The imagination and urgency of Kadyrova’s creative response to the crisis contrasted with the predictable efforts of the art-world superstars Damien Hirst and Olafur Eliasson during the Venice Biennale preview week. Commissioned by the Ukrainian billionaire collector Victor Pinchuk to participate in his huge art show of solidarity, This is Ukraine: Defending Freedom, in the Scuola Grande della Misericordia, Hirst contributed a painting of a Ukrainian flag with some butterflies, Eliasson a generic lighthouse lamp sculpture. Both pieces looked as though they’d been quickly produced by the artists’ studios for an international art fair.

Art and commerce remain ever-intertwined at the Venice Biennale. Don’t be surprised if a loaf by Kadyrova is soon flipped for a profit at auction. But at least it won’t look quite so much like an item of luxury shopping.

Amateur Metal Detectorists in Scotland Have Unearthed a Stash of 8,400 Medieval Coins, One of the Largest Finds in Scottish History