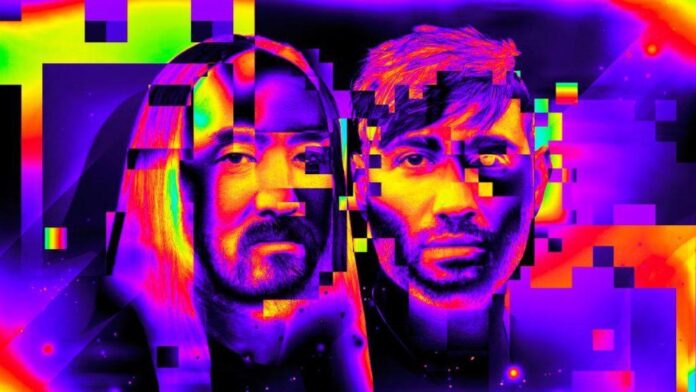 Back in the crypto haze of 2021 when NFTs were the future, Steve Aoki and Justin “3LAU” Blau emerged as the foremost devotees of all things blockchain in mainstream electronic music.

The pair are now taking their decade-long friendship a step further by forming PUNX, a supergroup with a Web3 slant. Though explicitly not an NFT project, PUNX anticipates potentially intertwining their music with blockchain tech. It promises to stage both in-person and metaverse experiences, presumably sometimes simultaneously. PUNX plans to release music and begin packing stadiums in 2023.

“PUNX sits at the intersection of music and Web3, drawing on Aoki and 3LAU’s collective experience,” the group announced in a statement released through Shore Fire Media. “Aoki and 3LAU’s shared love for bloghouse and electro music along with their passion for CryptoPunks’s pixelated cyberpunk world led them to create their brand new PUNX”.

A lot of the inspiration for this current project came from us exploring a variety of new sounds and spaces but also – how we can potentially involve the Web3 community in this project.

this isn’t an NFT pic.twitter.com/7QfWpskwq1

One certainty is the inclusion of CryptoPunks, the collection of 10,000 pixelated characters that became one of the most sought-after digital assets last year. Both DJs are collectors with Blau holding CryptoPunk #6708 and Aoki holding six of the NFTs. PUNX presents itself as the first musicians to use the CryptoPunks IP, a reference to the decision by Larva Labs to offer IP licenses to all CryptoPunks holders.

Beyond becoming one of the globe’s most in-demand DJs, Aoki has built up considerable NFT credentials. In 2021, he dropped his Dream Catcher NFTs alongside digital artist Antoni Tudisco. He was later chosen by Sotheby’s as part of its Contemporary Curated series and most recently created A0K1VERSE, an NFT membership community.

Blau’s own NFT journey has been more music-focused. 3LAU has generated more than $20 million in primary sales through the tokenization of his own music, most notably through 2021’s release of 33 NFTs, which marked the third anniversary of his debut album. In early 2022, he launched Royal, an NFT marketplace for music royalty rights.

“Over the last few years we’ve navigated the insane world of Web3 together,” the supergroup said in the statement. “We can’t wait to share with the world a new sound and all of the crazy ideas we’ve been cooking up in the studio.”