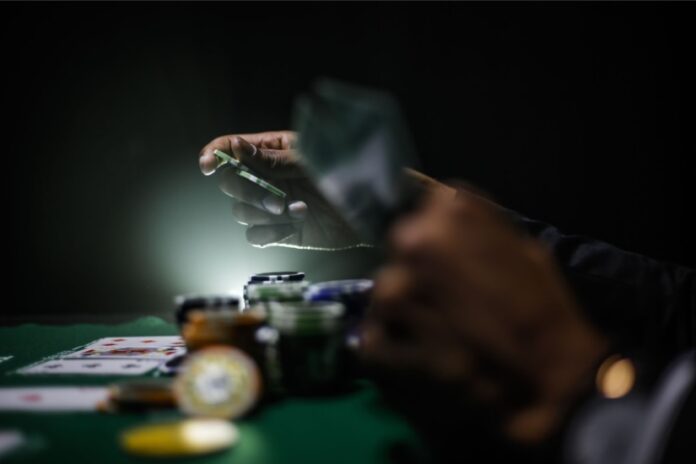 10 Pieces of Art About Gambling

There is very little in this world that hasn’t been painted, sculpted, or drawn. Gambling, considering it has been one of the most popular pastimes for centuries,  has also been turned into art on numerous occasions.

Some painters, who had hobbies other than painting, have immortalized famous card and casino games in art pieces. Here are the most famous works of art about gambling.

At the Poker Table

Edvard Munch is famous for his painting The Scream. Using simple techniques and colors, he brought out many emotions and questions using one painting. He was also a keen card player, which became a favored hobby for him during his time in France.

While living with his niece, he would frequent Monte Carlo, with his painting, At the Poker Table, depicting his memories and time playing in his favorite card house.

Argument Over a Card Game

Painted by Jan Steen all the way back in 1665, Argument Over a Card Game depicts the anger and emotion people experience while gambling. You can see threats being made, boards upturned, and general chaos.

It is a really good representation of how people change when they think they have been cheated or when things don’t go to plan.

The Cardsharps by Caravaggio is a brilliant representation of gambling and card games during the late 1600s. It depicts two men playing a game, with one receiving some advice and the other about to cheat.

It represents the fact that gambling was not for the honest man and that the ones who cheat are the ones that will always end up on top. Luckily, a lot has changed since then.

At the Roulette Table

Another masterpiece by Munch is At the Roulette Table. Once again, due to his frequent travels to Monte Carlo, he began painting more and more casino-based paintings. With this one, you can see him experimenting with techniques and styles, either modifying his own or finding a new one.

Painted by Paul Cezanne, Card Players is one of many in a series he did portraying peasants taking part in the regular bar and pub activities, such as playing cards. The paintings are similar but vary in size, and all are simple but powerful pieces that almost make you feel like you are there.

Considering this world is more often associated with men, it is good to see a female artist portraying a woman who loves to gamble. Slot Machine Queen, painted by Shelly Watson, is a bright and quirky depiction of an older woman winning and having a good time at the slots.

It is often associated with Dogs Playing Poker as many see the bright colors and amateur-looking style to represent “bad art.” However, it should still have its moment in the spotlight.

A lesser-known piece in the world of gambling art, Roulette by Leroy Neiman, is a bright and ultra-colorful painting. The piece explores the nightlife of the rich and famous at the roulette table in the 20s.

You can see old-school cocktail dresses and tuxedos, harking back to the days of the casino being a place of wealth and luxury.

The Cheat With the Ace of Clubs

Depicting a scene that shows two women playing a game with a man, The Cheat With the Ace of Clubs shows the man with a losing hand but a sneaky pair of aces tucked behind his back.

The faces of the women and the servant seem to be conveying anxiety, allowing you to experience this emotion of them knowing they are about to lose what could be a large sum of money or something similar.

Clearly inspired by Picasso, Soldiers Playing Cards by Fernand Leger depicts a more obscure vision of soldiers gambling and playing card games. Leger is said to have combined Cubism with machine-like aspects in his painting.

This depicted his fascination with the mechanization of war that had begun during World War 1 and how it would change how we fought forever.

Easily the most famous gambling-inspired painting of them all, Dogs Playing Poker has been seen and recreated in movies, TV, and other visual media. Painted by Cassius Coolidge, there are multiple variations of the painting as well.

The most famous depicts dogs sitting around a poker table, some smoking, some drinking, one passing along an ace to a friend. Coolidge was also widely regarded as the most famous American painter no one had ever heard of due to the popularity of this piece and his remaining relatively unknown.

An Ancient Portrait of a Mystery King Has Been Unearthed at the Foot of a 4,300-Year-Old Pyramid in China