Home News Tracey Emin sells new work for £2.3m at Christie’s and will use... 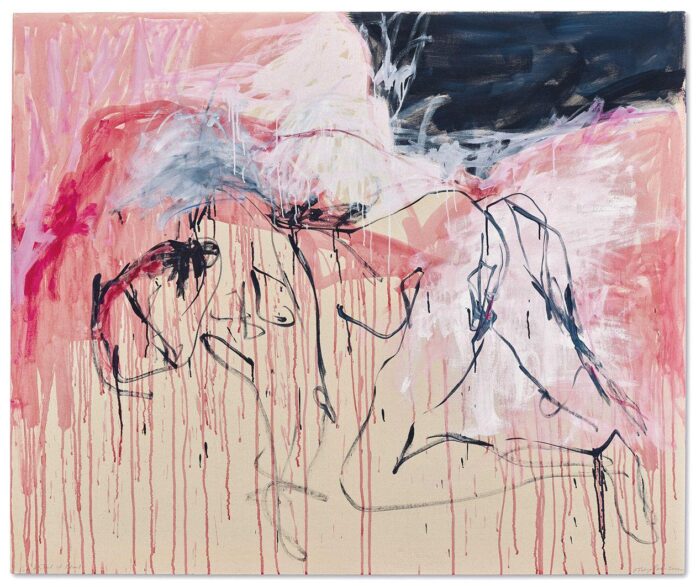 One of the first paintings Tracey Emin created after her gruelling cancer treatment, Like A Cloud of Blood (2022), flew four times over its low estimate at Christie’s yesterday, selling for £1.9m (£2.3m with fees).

Consigned by the artist, proceeds from the sale are going towards TKE Studios in Margate (the “K” stands for Karima, Emin’s middle name), an art school and artists’ centre she is launching later this month in the Kent coastal town where she grew up.

Of the result, which fell just shy of her auction record of £2.5m, made with My Bed (1998) in 2014, Emin tells The Art Newspaper: “It’s amazing. It’s going to make a massive difference. The support for what I’m doing in Margate is phenomenal.”

Emin has already spent £2m buying and refurbishing the former Edwardian bathhouse and mortuary that now house 12 studios, which will be subsidised. There will also be an exhibition programme and two-year residencies for 15 to 20 students with free studios, tutorials and lectures.

“I don’t want to die being an artist that made really interesting work. I want to make a future,” she says. “If my art can make something happen for the future, then I’m doing the right thing. I’ve been all the way around the world in all directions and come back again. And this, Margate, is what I’ve chosen.”

Collectors at Frieze London are also investing in Emin. At White Cube, seven works on paper priced at £50,000 each sold during the VIP opening. At Xavier Hufkens, meanwhile, a large-scale painting sold in the region of £950,000, while three works on paper went for between £20,000 and £45,000 and four neons sold for around £60,000 each.

As one dealer succinctly put it: “The cult of Tracey Emin is now official.”