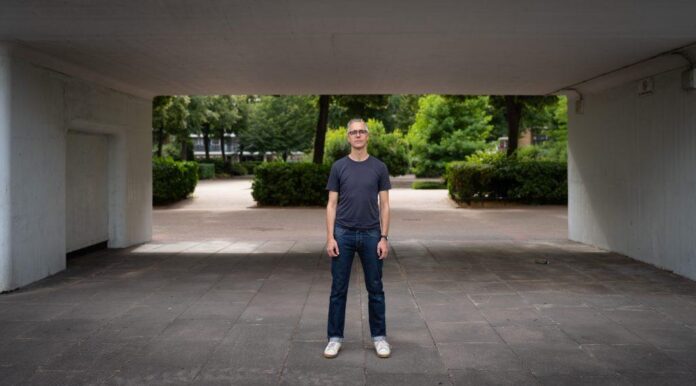 In a new commission by the U.K. public art producer Artangel, the artist Marcus Coates investigates the stigma around mental illness with a new body of films now showing in London.

The films show Coates exhibiting five different types of psychosis, from intense anxiety, to isolation, delusion, depression and exhaustion. Each was directed by a different person recovering from mental illness, and shares their personal story. In one of the films, Coates experiences vivid hallucinations while riding on a bus. In another, his anxiety becomes so crippling he is unable to go downstairs to fetch a pack of cigarettes.

To help understand the experience of psychosis for the films, Coates started his research in 2017, with visits to the clinic of Dr. Isabel Valli, in Maudsley Hospital in south London, the country’s largest mental health institution. There, the artist sat in the doctor’s waiting room and made notes, eventually gaining the trust some patients, who agreed to help Coates make his films in order to counter preconceptions about people with mental illness. 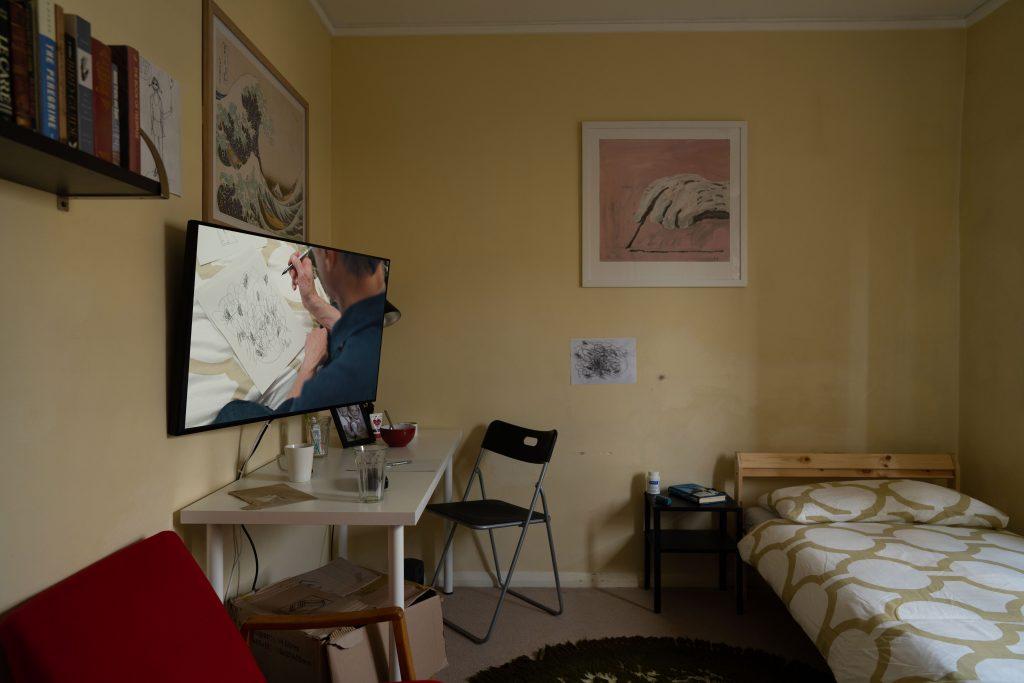 Coates told Artnet News in a phone call that he thinks his work ultimately can help foster a “greater understanding and compassion” towards people with mental illness. “I learned from this experience that everyone has a different reality. At the core of my work is a struggle to relate,” he said.

“At a certain level, my new films are an extension of these elements—anthropological, participatory, but also poetic and compassionate,” Coates added. “Art can be a useful tool in reducing the stigma around mental health.”

The films, varying in length from 16 to 26 minutes, are installed in various locations in the Pimlico neighborhood, near Tate Britain. A map to find all five works can be picked up at the Churchill Gardens Residents’ Association building. Screening times are between Thursday and Saturday, from 3 p.m.–8 p.m., and Sundays from 12 p.m. to 5 p.m. The project, which opened last Thursday, will remain up until October 30.

A Set of Pope Francis’s Old Papal Clothes, Signed ‘Francesco’ With a Black Marker, Are Going Up for Auction