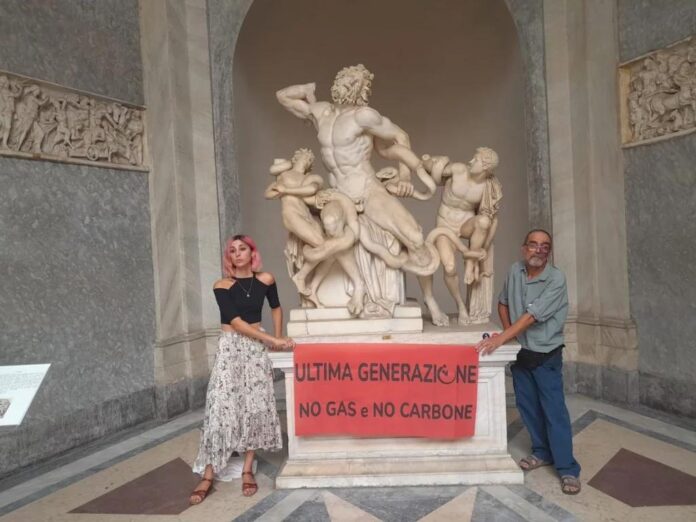 Paula Rego’s ‘Abortion’ Series Heads to the Armory Show – In the wake of the historic Supreme Court decision overturning of Roe v. Wade, a display of the late artist Paula Rego’s series on abortion will be on view at the Armory Show next month. Etchings from the series, which were originally exhibited in 1999, will be presented at the Crystal Palace entrance of the Javits Center as part of a collaboration between the Armory Show and London-based Cristea Roberts Gallery. All proceeds from sales of two prints will go to Abortion on Demand. ()

New Zealand Commits to Artist Resale Right by 2024 – In two years, New Zealand visual artists whose work is resold will earn 5 percent in royalties, according to a new trade agreement with the European Union and United Kingdom. The resale right will be linked to copyright, which expires 50 years after the artist’s death. “Beyond the monetary acknowledgement, this is confirmation for artists that they have rights, and their cultural and societal contribution is valued,” said Carmel Sepuloni, the country’s culture minister. ()

Climate Activists Take Italia, Again – For the second time this month, climate activists have affixed themselves to a famous artwork in Italy in an act of protest. This time, they targeted the iconic sculpture of Laocoön at the Vatican Museums, gluing their hands to the base of the statue and wielding signs reading “No gas, no coal.” The demonstrators, from the group the Last Generation, were removed by Vatican police and processed at a nearby station. ()

Brad Pitt Foundation Settles Over Defective Housing in New Orleans – The actor’s Make It Right Foundation settled with the owners of homes the organization built for a reported $20.5 million. Pitt stepped in to fund 150 new homes for those displaced by Hurricane Katrina in the lower 9th Ward of New Orleans in 2005, enlisting starchitects David Adjaye and Frank Gehry to design them. By 2009, residents reported black mold, foundation issues, and water leaks, and in one case “in imminent danger of collapse.” Legal proceedings began in 2018. ()

Schomburg Center for Research in Black Culture Gets $8 Million – New York State awarded the Harlem-based cultural center and exhibition space $8 million for renovations. The Schomburg, an extension of the New York Public Library system, holds more than 10 million objects including first-edition books and artwork by the likes of Elizabeth Catlett and Jacob Lawrence. (The Art Newspaper)

Canadian Foundation Funds Ukrainian Artists – Ottawa’s Hnatyshyn Foundation is giving out 20 grants worth about C$10,000 ($7,760) each as part of the newly formed “Ukraine-Heritage, Spirit, and Future” award. Half of the grantees are performing artists of Ukrainian heritage living in Canada, with the other half are Ukrainian performers who only recently arrived in Canada. ()

Baltimore Museum Gets Major Revamp – The historic Peale Museum has reopened in Baltimore, Maryland, following a $5.5 million renovation that took place over the course of five years. Considered the first “purpose-built” museum in North America, it is named for its founder, Rembrandt Peale, an artist and founder of the Baltimore-based Gas Light Company. (TAN)

Photographer Captures Saturn Careening Toward Earth – An amateur photographer snapped the “clearest ever” image of the planet Saturn as it made its closest approach to Earth this year. The celestial event is known as “opposition,” when the two planets are almost directly bisected by the sun’s path, and Andrew McCarthy used two cameras to capture more than 100,000 images of Saturn, ultimately layering them atop one another to create a truly out-of-this-world image. ()

‘I’ve Tended to Run Against the Herd’: Ronald Lauder on How He Built an Eclectic Collection Spanning German Expressionism and Fighter Planes