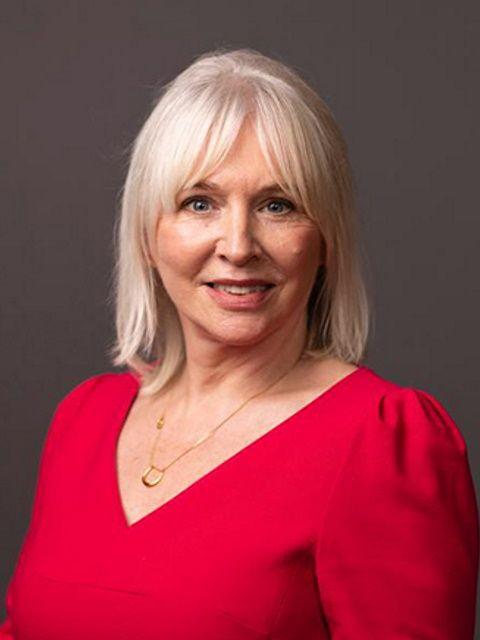 Nadine Dorries, the UK’s culture secretary, has resigned following the appointment of Liz Truss as the new prime minister of the United Kingdom.

Dorries’s resignation will mean the UK’s arts and heritage sector will soon gain its 11th culture secretary in the 12 years since the Conservative party came to office in 2010.

Kemi Badenoch, the former Minister of State for Equalities whom unsuccessfully competed with Truss to become the UK’s Prime Minister, is tipped to take over from Dorries as the next head of the Department for Digital, Media, Culture and Sport (DCMS). Truss is expected to begin announcing her new cabinet today.

In her resignation letter, Dorries said one of her primary objectives as culture secretary was “to move arts funding out of London to the regions”.

She says: “I secured an additional £43.5m of Arts Council funding to be invested entirely outside of London as part of [Boris Johnson’s] levelling up objective, and by 2025 up to £24m per year will be redirected from London to the most culturally deprived parts of our country.”

Dorries will be remembered as a controversial and pugnacious leader of DCMS who was closely aligned to former prime minister Boris Johnson.

She was deemed by critics to be an enthusiastic enabler of the so-called culture wars that have come to dominate political debate in the UK. One of her last notable acts as culture secretary was to tweet a photoshopped picture from the 1953 film adaption of Shakespeare’s Julius Caesar, depicting former Chancellor Rishi Sunak as Brutus, about to plunge a knife into the back of Caesar, mocked up as Boris Johnson. Fellow Tory MPs questioned the appropriateness of such an image after Sir David Amess, Dorries’s fellow Conservative MP, was stabbed to death in his constituency last October.

Dorries’s ability to attract publicity sometimes distracted from the importance of her role. The culture secretary’s job is broad and myriad. They must protect and promote Britain’s long and varied cultural and artistic heritage in all its forms. They oversee the entirety of the British media. They must regulate data and technology companies and coordinate cyber-security. They’re in charge of the charity sector, the entire sporting industry and numerous creative industries that collectively bring more than £100 billion a year into the British economy. DCMS is supported by 47 agencies and public bodies. The UK culture sector, according to DCMS figures, is responsible for 15 per cent of the UK’s gross value added and 14 per cent of the country’s jobs.

The new culture secretary will enter office at a time of unique turbulence for the sector, related to spiralling energy bills, inflation and continued workforce issues after the pandemic.

Responding to the news of Dorries’s resignation, Museums Association director Sharon Heal outlined on Twitter what a new culture secretary should do to support British museums.

“They should recognise the role museums have played in post Covid community recovery and make sure we can keep doing that with continued investment and an energy price cap,” Heal said. “They should work across government departments including health, education and environment to support innovative programmes using museum collections and expertise. And they should ditch the culture wars.”

On a policy level, Dorries will be remembered for her pursuit of the Online Safety Bill, a proposed legislative bill which seeks to impose a legal duty of care on big tech and social media companies such as Facebook and Google, meaning they can be pursued in courts if users are subjected to illegal or harmful content while browsing on their platforms.

The bill would “mitigate and manage the risks of harm to individuals,” Dorries said. But critics say it would open the door to a wholesale attack on freedom of expression if it successfully passes through parliament. Dorries’s fellow Conservative MP David Davis said in the Commons recently: “We all want the internet to be safe. Right now, there are too many dangers online, from videos propagating terror to posts promoting self-harm and suicide. But the bill’s well-intentioned attempts to address these very real risks threatens being the biggest accidental curtailment of free speech in modern history.”

Dorries will also be remembered for her moves to privatise the television broadcaster Channel 4. During a Select Committee appearance on 24 November 2021, Dorries claimed that Channel 4 was “in receipt of public money” while arguing the broadcaster should be privatised. Her critics pointed to gaffes that suggested Dorries did not understand her brief: Channel 4 is a free-to-air public service television network that is not state-sponsored or owned, and makes its money through the sale of advertising.

Dorries’s life before politics was not typical for a Conservative minister. She grew up on a council estate on the deprived Breck Road area of Liverpool, before moving to Runcorn, Cheshire, as a teenager. She began her career by training as a nurse in Warrington and was elected to parliament in 2005 as the member of parliament for Mid Bedfordshire.

While an MP, she wrote 15 romance novels which have sold more than 2.5 million copies combined. She also made headlines — and temporarily lost the government whip — in 2012 after flying to Australia while still an MP to appear on I’m a Celebrity, Get Me Out of Here.

Dorries made reference to her upbringing in Liverpool in her resignation letter, writing: “I was determined to do all that I could to ensure that those who thought theatres, museums, art galleries and libraries were not places for them, felt welcome. I was already aware that the children on the streets that I grew up on had less opportunity to access the arts now than those children I grew up with in the 1960s.”

See Inside Spring/Break, the Indie Fair That Took Over Ralph Lauren’s Offices With Edgy, Outrageous, and Surprisingly Affordable Art