Home News What Can the U.K.’s Arts Sector Expect From the New Prime Minister... 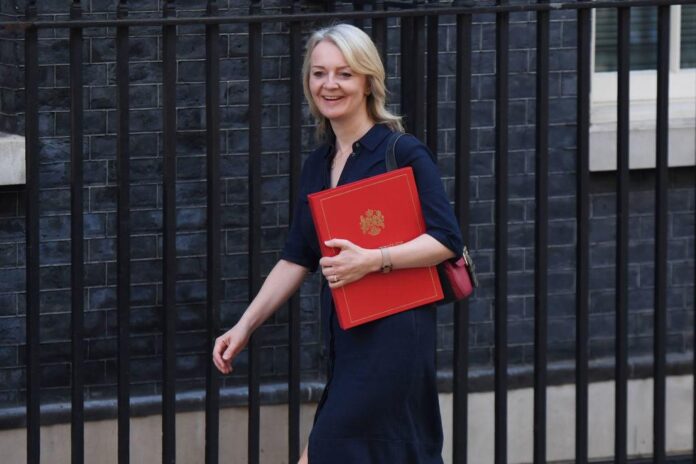 As the summer comes to a close, so has the drawn-out, bitter battle over leadership of the U.K.’s Conservative party, with Tuesday’s appointment of Liz Truss as the country’s new Prime Minister. The former foreign secretary comes into office with a reputation for switching her position on a dime, on issues ranging from the cost of living to her core political beliefs. She is also known also as a granular, hardworking politician who doesn’t care about ruffling feathers at home, or abroad.

Years of cutbacks in culture budgets were followed by steep loss of revenue caused by the pandemic, which has left both the performing arts and music industries struggling to return to normalcy.

Truss’s campaign focused on cutting taxes and she reiterated this in her first speech as Prime Minister, held outside the official residence at 10 Downing Street this afternoon. She also stated her intention to bring higher paid jobs to the U.K. and turn the country into an “aspiration nation.” Whether this includes new opportunities in the creative industries is yet to be seen.

Truss has also spoken in favor of freeports, or tax-free zones, which are being rolled out across the U.K. Announced in 2020, the first of these opened in Teesside, in northern England, in November 2021, followed by another in Essex, near London, a month later.

In line with Tory party values, freeports appeal to the country’s rich, as it gives those who can afford it the option of storing undeclared goods in these zones before officially bringing them into the country, thus bypassing the import duty due to be paid for as long as the goods remain stored there.

But Truss’ changeable ideology—as a university student, she was an active member of the Liberal Democrats—has also raised concerns. She has questioned whether she will replace the government’s ethics advisor Lord Christopher Geidt, who quit in June, after suggesting former Prime Minister Boris Johnson broke ministerial codes of conduct by taking part in a private gathering at Downing Street during the pandemic. Truss has said she saw no need to further investigate the “party-gate” scandal that helped drive Johnson out of office.

Truss will face her first public test as Prime Minister next week, when she is expected to announced a proposed freeze on household energy bills, which have risen by 80 percent over the past year. Theaters, venues, museums, libraries, and galleries are also waiting on the promised announcement, as the rise in energy costs for venues could potentially bankrupt many.

Responses have been slow to come in from the art world, but the new Prime Minister has received a lukewarm reception from fellow Conservatives, winning a run-off election against her main rival, U.K. Chancellor Rishi Sunak, with one of the smallest margins in the party’s history, gaining just 57 percent of votes from members.

And several powerful M.P.s have already turned down positions in her cabinet. This includes Nadine Dorries, the now former minister in charge of the Department of Culture, Media and Sport (DCMS), who was rumored to be replaced by the right-wing, “anti-woke” politician Kemi Badenoch but has now been announced as Michelle Donelan. Whoever does take on the post will be the sixth Conservative culture secretary in seven years.

The outgoing culture minister has focused on Johnson’s policy of improving equity in arts funding between the country’s northern and southern districts, as she stated in her resignation letter, which she shared on Twitter.

I have submitted my letter of resignation to the outgoing Prime Minister.

I am humbled that Liz Truss extended her confidence in me by asking me to remain as Secretary of State for DCMS. I will always show her the same loyalty and support I have to @BorisJohnson.

One of the few arts organizations to comment on Truss’s appointment is Arts Council England, which allocates government funding to institutions, projects and individuals across the arts in the U.K.

“We look forward to discussing upcoming plans with the new Secretary of State, to continue supporting the culture sector in providing access to high quality arts and creativity in villages, towns and cities across the country,” the agency said in a statement shared with Artnet News. “From theatre for the armed forces to community tea dances, and from international opera companies to small community choirs, we are here for everyone.”

The Chicago-based designer recently had an exhibition at the Art Center Highland Park, and is slated to represent the United States at the 2023 Venice Architecture Biennale.