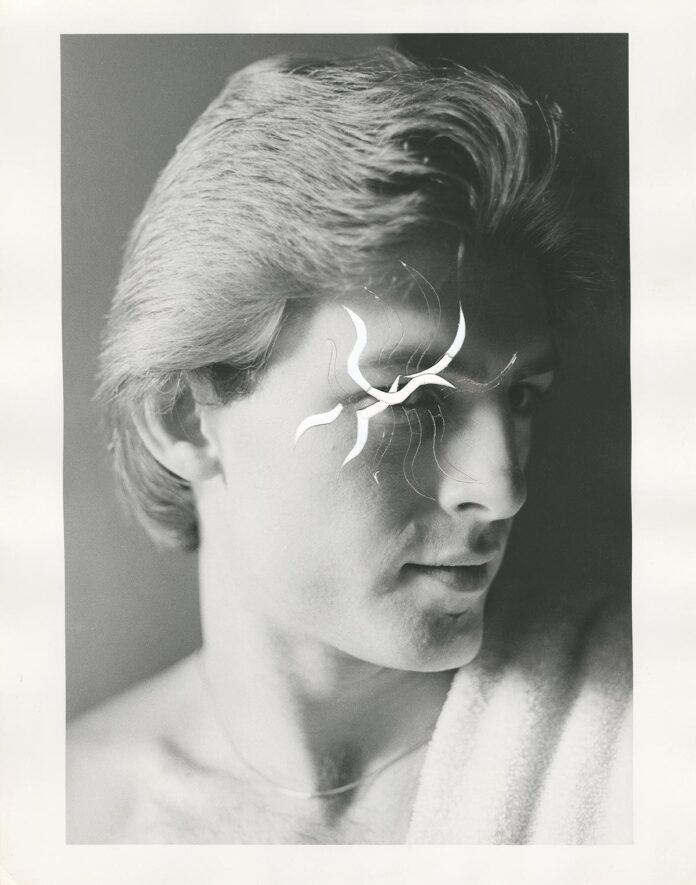 The ultimate art experience is the one you have never had before. That is a bonus at an art fair, where collectors may find the new but not necessarily the different. Even more rare is the “experimental”, a euphemism for work of historical import that has been undervalued by the market. Two notable examples at Art Basel in Miami Beach are solo presentations of previously unexhibited photographs by Jimmy DeSana and Barbara Ess.

Now deceased, both artists were integral to the downtown New York art-fashion-music scene of the late 1970s and early 80s, but their legacies have not kept pace with those of their better-known contemporaries, such as Robert Mapplethorpe, Peter Hujar and David Wojnarowicz. Their time may be now.

To coincide with Jimmy DeSana: Submission, a retrospective of the neo-surrealist’s career that opened earlier this month at the Brooklyn Museum (until 16 April 2023), PPOW Gallery has devoted its Kabinett sector display to 21 unique works that the artist made between 1985, when he was diagnosed with HIV, and his death in 1990 at age 40. (Prices run from $15,000 to $20,000.)

DeSana created imagery that can take time to grasp. “It has been 32 years,” says Laurie Simmons, DeSana’s onetime loft-mate, sometimes model and executor of his estate, “and the work grows more relevant by the day.” Indeed, says Wendy Olsoff, PPOW’s co-founder, the pre-fair response among collectors has been intense. “Younger people connect Jimmy’s aesthetic to HBO’s [television series] Euphoria. You can see it in Jonathan Anderson’s clothing designs. [DeSana] is influencing culture without being on the tip of anyone’s tongue.”

DeSana made his name with constructed photographs of sexually charged scenes that, unlike Mapplethorpe, he staged without picturing any sex or genitals. Nor was he a classicist. The vivid monochrome filters with which he processed his prints give them a dream-like quality out of Man Ray. “I remember floating in a suburban Connecticut swimming pool wearing nothing but high heels,” Simmons recalls of a shoot for Suburban, a 1980 series featured in the Brooklyn show. “He wanted to elicit something from the models that integrated with the space.”

Think of DeSana as a witty, punk Edward Weston, who treated the human torso as sculpture and believed personal identity was anything but fixed. For Drew Sawyer, the curator of Submission, “He’s the bridge between Fluxus and Correspondence art and the image play of the Pictures Generation—the proto-queer, punk artist who paved the way for Mark Morrisroe and even Wolfgang Tillmans. But his subversiveness has made him more difficult to assimilate.”

During his final years, when he retreated from active social life, DeSana turned to abstraction. His “collages”, as Olsoff terms the prints in Miami Beach, are the result of slicing up portraits with a razor blade and rephotographing the composed pieces as single prints that look like shattered glass. “That’s where he went when he knew his life was ending—into a spiritual realm.” The artist Jack Pierson, who assisted DeSana in the darkroom, adds: “The prints have a gem-like quality and are very glossy. They seemed a bit inscrutable at the time but now I can see that what he was driving at was beauty. These weren’t people in bathtubs and party hats. There was nothing raw about them. They’re very considered.”

Large, eerie pinhole camera works by Ess, a musician and film-maker as well as an artist associated with the New Wave scene, will appear in the Survey sector of the fair. The last pinhole camera prints remaining in the artist’s personal collection, they are priced between $30,000 and $40,000. “Barbara was insistent on transforming the ordinary into the symbolic,” notes Olivia Smith of Magenta Plains, the New York gallery that has represented Ess’s estate since her death last year. “The pinhole camera allowed her to abstract and distort the outer world to show how emotional subtlety and inner turmoil projected outward. Her interest was the barrier between, and her pictures are very relatable.”

An archaeological dig in Turkey has uncovered what researchers believe is the largest subterranean city in the world.