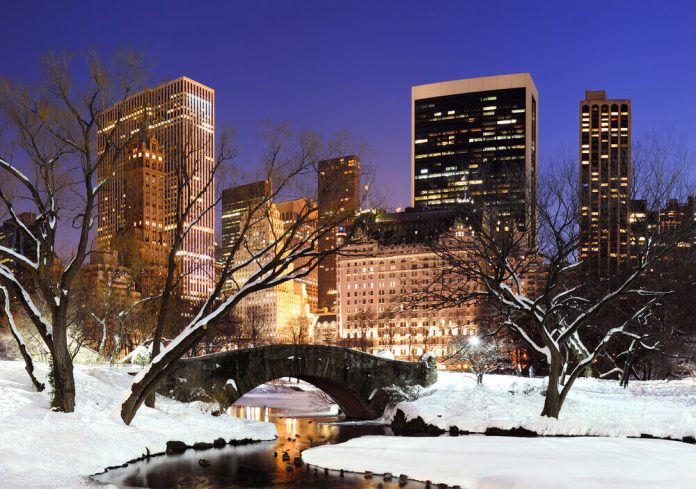 On the first day of February, the Metropolitan Museum of Art will host the Lunar New Year Festival: Year of the Rat. This one-day celebration includes a parade, performances, and family-friendly art activities. You can also visit Rumsey Playfield in Central Park for the free Winter Jam winter sports festival. 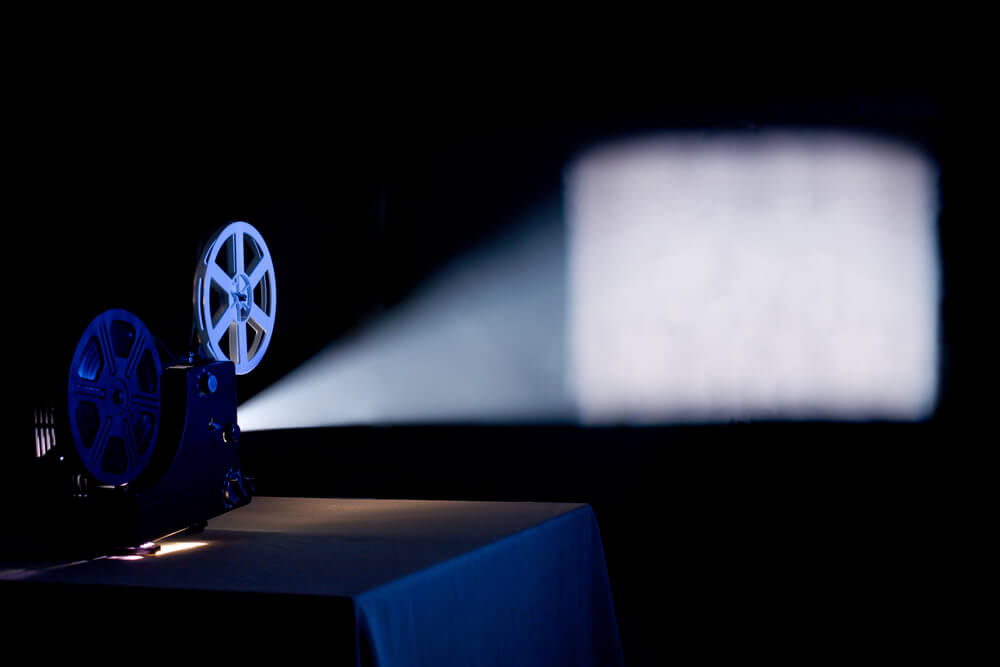 Visit the BAMkids Film Festival at the Brooklyn Academy of Music. Lots of foreign productions, from feature films to animated short films, should appeal to kids of all ages.

Five Hundred Years of Women’s Work: The Lisa Unger Baskin Collection event at the Grolier Club will be held that day. The Grolier Club’s latest exhibition of more than 200 pieces documents the history of women’s independent lives. Among the works are one of the first books printed by women, a history of Roman emperors and popes in 1478, and a copy of Mary Seacole’s 1857 autobiography, Britain’s first written by a black woman. The exhibition runs through Feb. 8. 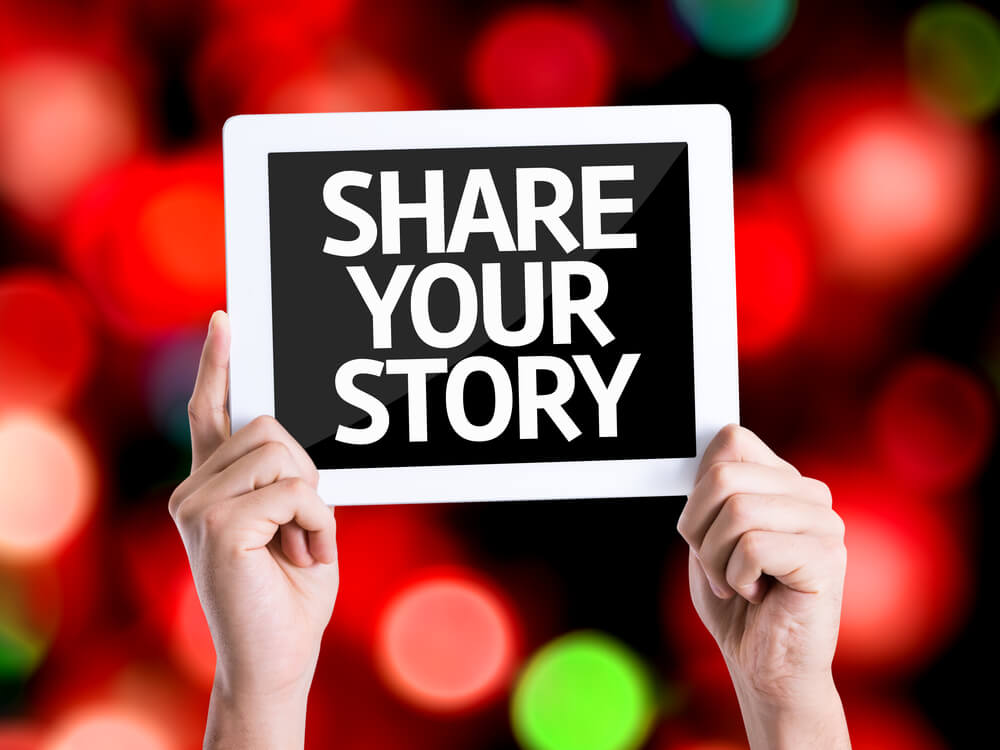 Moth StorySLAM at the Schomburg Center for Research in Black Culture. That evening, 10 Harlem residents will share their stories of life in this unique New York City neighborhood. The host, Dame Wilburn, is a comedian, singer, songwriter, teacher and writer. Starts at 7 p.m.

In C Terry Riley at Le Poisson Rouge. Brooklyn-based ensemble Darmstadt will perform their interpretation of this iconic 1964 composition in anticipation of the musician and composer’s 85th birthday this summer. It starts at 8 p.m. 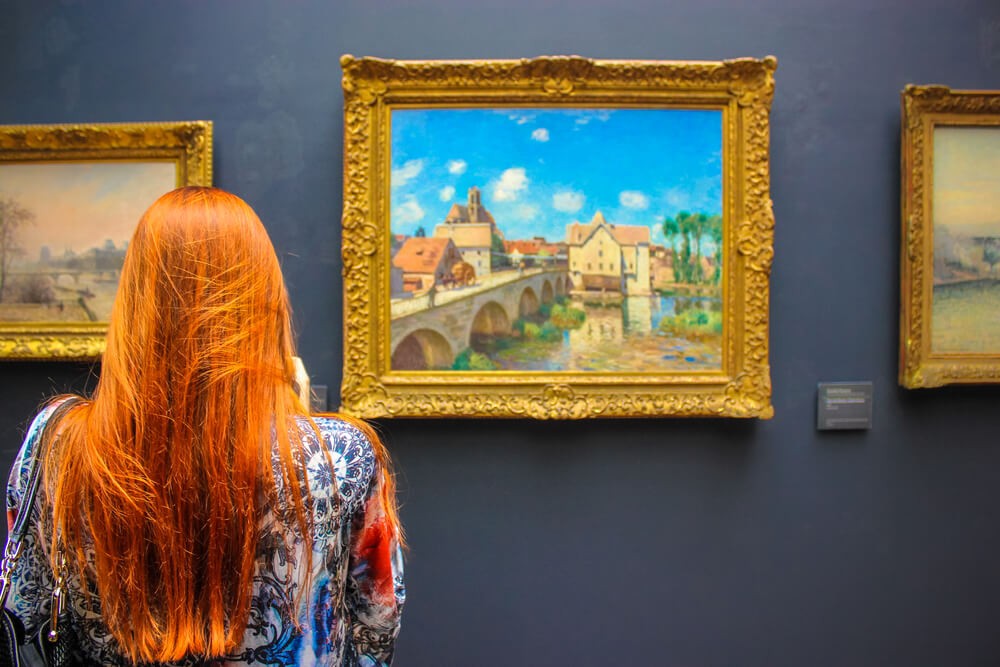 Art in Dumbo’s First Thursday Gallery Walk in Brooklyn. The galleries will be open late, so visitors can visit Winter Open Studios and other galleries on their own or join a free guided tour of the exhibitions featured at Janet Borden and A.I.R. Gallery. Afterward, those who wish can stroll along the East River to get to Anthony Gormley’s New York Clearing – here at Pier 3, Brooklyn Bridge Park, a monumental public artwork called “Drawing in Space.”

Cane River screening at BAM Rose Cinemas. Horace Jenkins died shortly after finishing this 1982 romantic melodrama that dealt with issues of slavery and African-American landowners. After the real story was painstakingly reconstructed, the film was released. Screenings of the motion picture will run Feb. 7-20.

The first animation festival at the French Institute Alliance Française. Award-winning films, immersive exhibits, video game demonstrations, and more are at the heart of this festival.

For fans of Oscar-winning animation, Oscar-nominated I Lost My Body will be screened on Feb. 8 at 11 a.m., followed by a behind-the-scenes discussion with film editor Benjamin Massoubre. The meeting will take place Feb. 7-10.

Visions of Resistance: Recent Films by Brazilian Women Directors at the Museum of the Moving Image is a history of resistance and rebellion that focuses on the lives of black Brazilians. You can attend the event on February 8 and 9.

“Hamlet” at St. Ann’s Warehouse. Ruth Negga has received rave reviews for her reprise of “Hamlet” in Dublin. She will now perform the role for a New York audience. The event will run from February 1 to March 8. 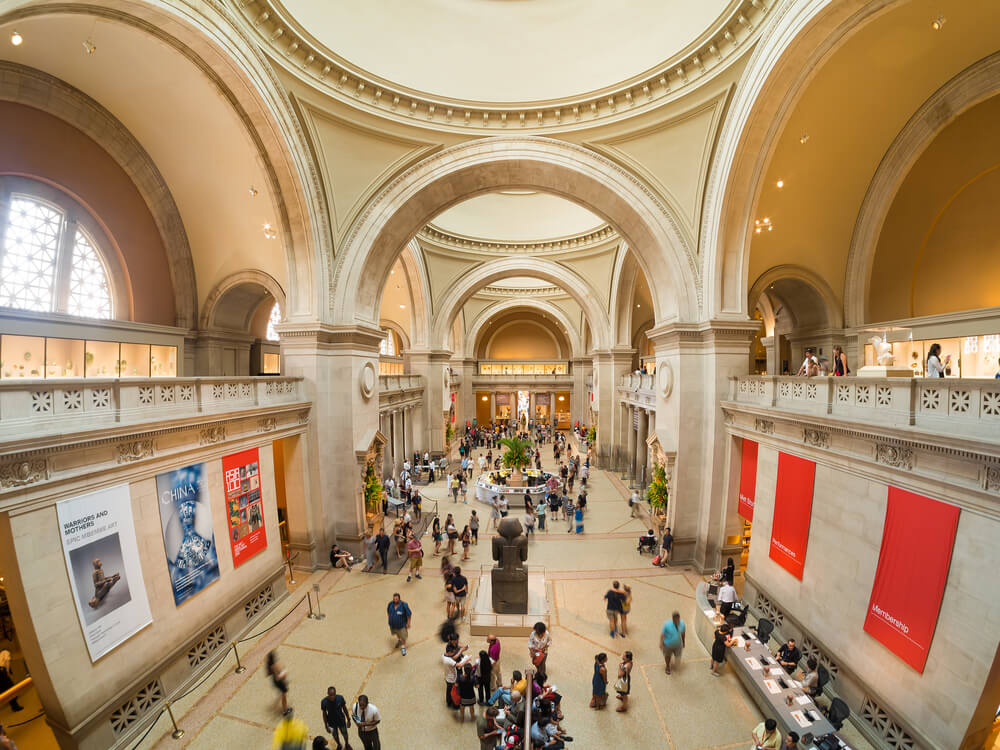 The Mother of Us All at the Metropolitan Museum of Art, an opera by Virgil Thomson with a libretto by Gertrude Stein, is rarely performed. That’s all the more reason to attend this performance. The dates are Feb. 8, 11, 12, and 14.

The exhibition Dorothea Lange: Words & Pictures opens at the Museum of Modern Art. The newly renovated museum is launching new exhibitions. Among the first is a presentation of Lange’s photographs, sharply reflecting various human states. This is MoMA’s first major exhibition in Lange’s 50-year career. The dates are February 9-May 9.

Artist Talk and Book Signing: Rachel Feinstein at the Jewish Museum. In her first museum retrospective, artist and fashion muse Rachel Feinstein will present whimsical works with elements of the grotesque. That evening she will talk about her exhibition Maiden, Mother, Crone and where she gets her creative inspiration. The event will begin at 6:30 p.m.

High Fidelity premieres on Hulu, an adaptation of Nick Hornby’s 1995 novel. The new film stars Zoe Kravitz as the owner of a record store in Brooklyn’s Crown Heights neighborhood.

A screening of Love & Basketball to celebrate the 20th anniversary of BAM Rose Cinemas. Starring Sanaa Lathan and Omar Epps. Enjoy the 2000 Gina Prince-Bythewood classic on the big screen as part of the Long Weekend of Love event. 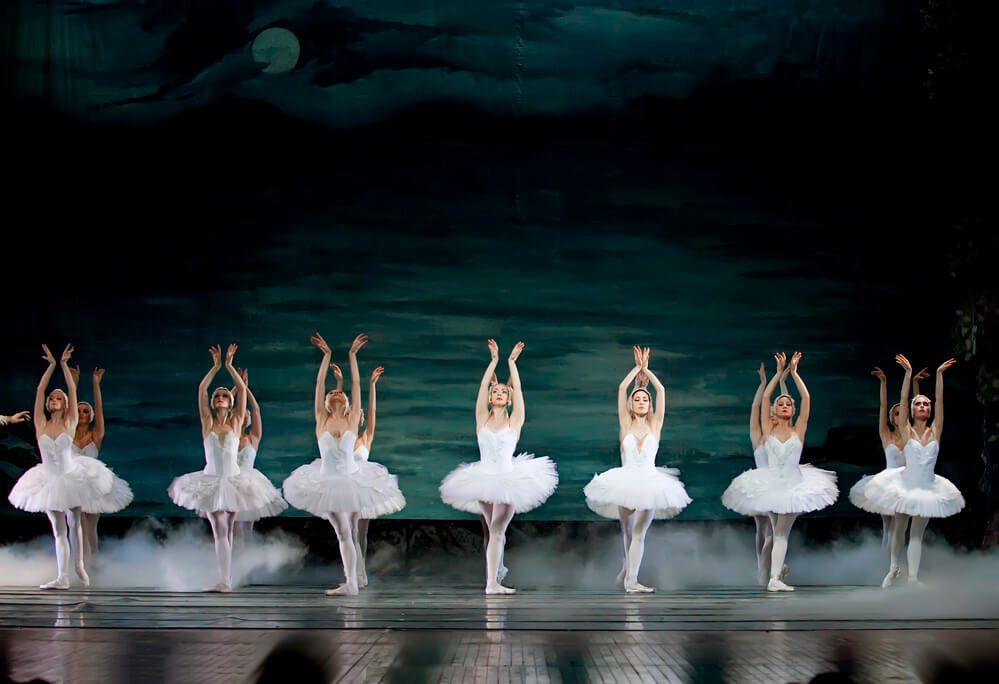 Irina Kolesnikova in Swan Lake at the Brooklyn Academy of Music. The Russian prima ballerina and the St. Petersburg Ballet Theatre will make their U.S. debut in Tchaikovsky’s classic. The dates are February 15 and 16.

Toni Morrison’s “The Source of Self-Regard.” That day at the 92nd Street Y. André Holland and Phylicia Rashad will perform a dramatic reading of the writer’s 2019 nonfiction collection, consisting of works written over four decades that still resonate socially and politically. Morrison would have turned 89 on Feb. 18. The event starts at 8 p.m.

Jeffrey Gibson: When Fire Is Applied to a Stone It Cracks exhibition at the Brooklyn Museum. For this exhibition, the Choctaw and Cherokee-born artist has selected pieces from the museum’s collection to be displayed alongside his most recent works. This will allow you to reimagine Native American and Native American art following him.

A new version of West Side Story begins on Broadway. Choreographer Jerome Robbins has been replaced by Anne Teresa de Keersmaeker. The production will last 1 hour and 45 minutes, with no intermission.

It’s All in Me: Black Heroines at the Museum of Modern Art. MoMA presents this intriguing series of works, both familiar and obscure, including The Watermelon Woman, Support the Girls, and Sambizanga. Attend this event from February 20 through March 5.

Platform 2020: Utterances From the Chorus at Danspace Project. “When modern dance has a certain charm, but still seems daunting,” Gia Curlas recently wrote, adding that this series is “a way in.” Ideas about performance and protest will be explored by its organizer Okwui Okpokwasili and Judy Hussie-Taylor, executive director and chief curator of Danspace. The event will run Feb. 22 through March 21. 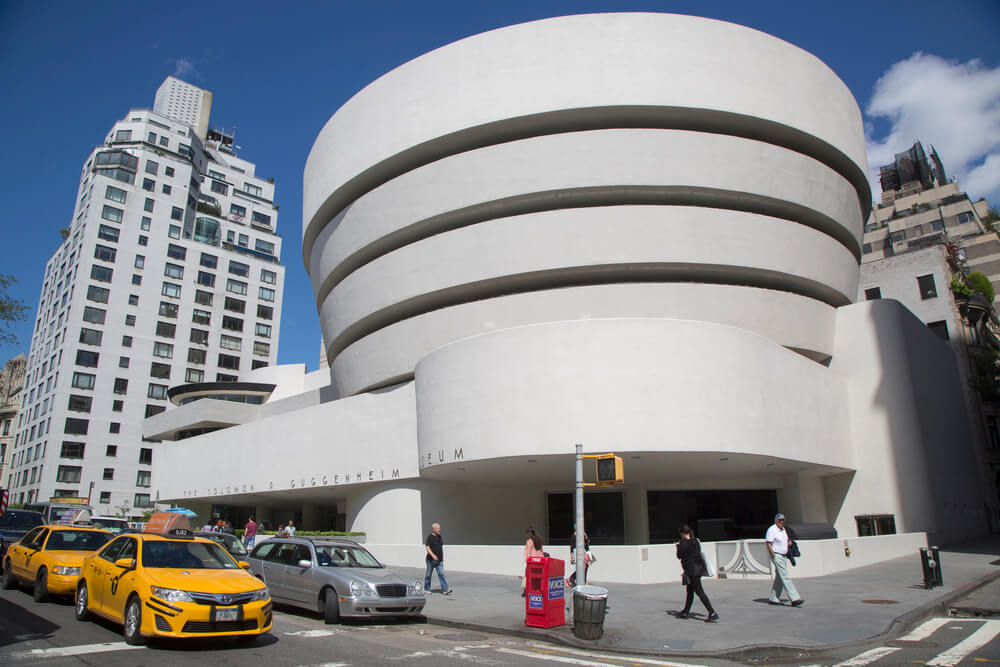 Countryside, The Future at the Solomon R. Guggenheim Museum. This is the long-awaited exhibition by Rem Koolhaas, who has explored the impact of environmental, political and socio-economic issues on the life of what he calls “countryside. The exhibition is on view Feb. 20 through Aug. 14.

Cambodian Rock Band at Signature Theater. Lauren Yee’s musical piece is the story of a Cambodian-American woman trying to bring the warden of Khmer Rouge prison to justice.

Dana H. at Vineyard Theater. This is the story of how Dana Hnata was captured by a former inmate who kept her trapped disoriented and frightened for five months. Based on true events, this harrowing story, told by Dana herself and reconstructed by her son Lucas Hnath, will impress you.

José Parlá: It’s Yours at the Bronx Museum of the Arts. In his first solo exhibition in New York City, José Parlá presents his new paintings that explore his connection to the Bronx. Visit the exhibition from February 26 through August 16. 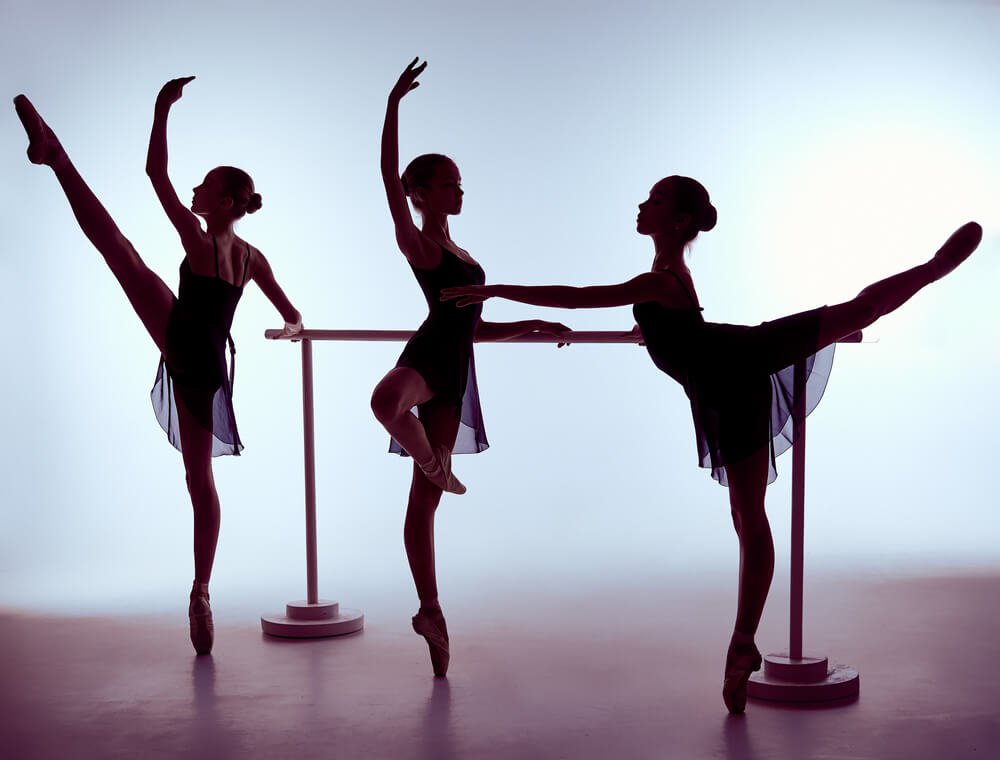 Intimate Apparel play. Previews begin at Lincoln Center on Feb. 27. Lynn Nottage’s 2003 play has been adapted for chamber opera and enhanced with music by Ricky Ian Gordon. Nottage wrote the libretto and Bartlett Sher is the director. The play is set in 1905 New York City and introduces you to an African-American seamstress who worked on the Panama Canal. The film is scheduled to premiere on March 23.