Home News US National Gallery of Art cancels blockbuster of Genoese art due to... 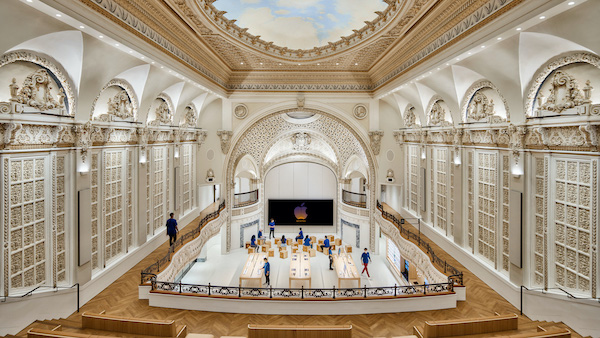 The National Gallery of Art in Washington, D.C. has cancelled its presentation of a major survey of Genoese art, little over a month before it was scheduled to begin. The museum stated that the ongoing pandemic rendered it impossible to put up the show in September as planned.

However, European audiences may still be in luck. The exhibition “A Superb Baroque: Art in Genoa, 1600–1750,” co-organized by the Scuderie del Quirinale in Rome, is still scheduled to open in 2022. (Dates for the presentation have yet to be verified by the institution).

Even as vaccines have grown more widely available in many countries, the National Gallery’s cancellation of the event serves as a stark reminder that Covid is still upending the worldwide art world.

“A Superb Baroque,” which had been postponed for more than a year, was one of the most anticipated events of the fall season and was to serve as a great survey of Genoa during the 17th and 18th centuries when the Italian city-state thrived as a centre for the arts. More than 130 pieces, many from international institutions, were to be included in the exhibition. The Chiesa di San Luca, the Galleria Nazionale di Palazzo Spinola, and the Basilica della Santissima Annunziata del Vastato were all expected to provide about half of the pieces.

Anabeth Guthrie, the National Gallery of Art’s chief of communications, said in an email that the decision was made to cancel “A Superb Baroque” this week, just as many paintings held by Genoese churches were scheduled to come down for international transport, citing the exhibition’s “complex” nature. A visa authorization process would be required for more than a quarter of the works, according to Guthrie. Even as recently as Monday, it was unclear whether the works would be able to leave Italy.

There were also concerns about the health risks linked with the large crews required to build works as grand as those on the “A Superb Baroque” checklist.

Most major shows were postponed or rescheduled as a result of the pandemic, from a Joan Mitchell retrospective scheduled to tour the United States to an Artemisia Gentileschi survey at the National Gallery in London. The National Gallery of Art’s presentation of “A Superb Baroque” is one of the few that has been completely cancelled.

How the Mystic Seaport Museum Is Making Waves in Visual Art, From Hosting a Smithsonian Show to Commissioning New Art