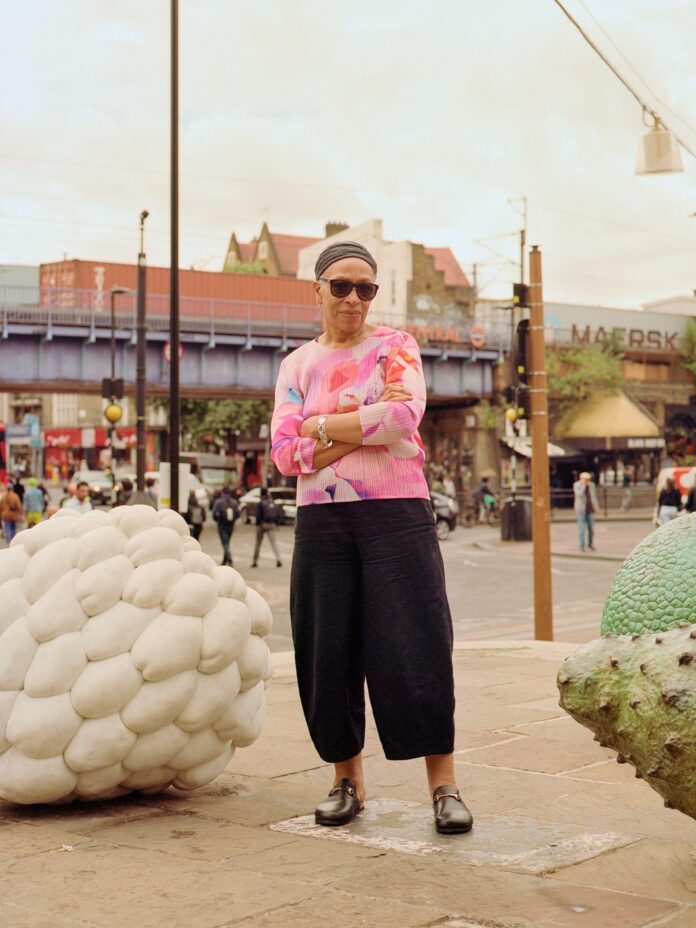 Veronica Ryan has been announced as the winner of the 2022 Turner Prize in a ceremony at St George’s Hall in Liverpool. The prize was presented by Holly Johnson, former lead singer of Frankie Goes to Hollywood, who introduced it saying: “Apparently all the journalists are asking why there are no men on the shortlist: perhaps there were no men good enough!”

Ryan was praised by the judging panel for “the personal and poetic way she extends the language of sculpture” and the “noticeable shift in her use of space, colour and scale both in gallery and civic spaces”.

Born in Montserrat, Ryan moved to England as a child. She has worked as an artist since the 1980s and appeared in the landmark 1985 exhibition The Thin Black Line at the ICA in London, which celebrated the work of Black and Asian women artists. In 2021 she created a sculptural installation in East London featuring large fruit and vegetables from the Caribbean, in honour of the Windrush Generation. She was made an OBE in 2021.

At the age of 66, Ryan is the oldest person to ever win the Turner Prize. She was born before most of the previous winners of the prize, including the 1993 winner Rachel Whiteread. Between 1991 and 2016 only artists under 50 were eligible, but now there is no age limit.

“I think this is the Turner Prize really recognising that artists can have a breakthrough at any moment in their career,” says Helen Legg, director of Tate Liverpool and co-chair of the judging panel. Ryan’s practice has “an incredible vitality that has really developed over the last couple of years. A lot of the work she made for the exhibition [at Tate Liverpool] was produced during lockdown and that experience had been brought to bear.”

Ryan will receive £25,000 with the other shortlisted artists—Ingrid Pollard, Heather Phillipson and Sin Wai Kin—receiving £10,000 each.

Legg says: “We select an expert jury every year, it is always curators and directors, and so it’s inevitable there are connections between members of the jury and some of the nominated artists. Not least because this year we had one of the curators of the British Art Show and that would [disqualify] about 50 artists. But we’re very careful about how we manage conflicts of interests and no jury member proposed an artist who had shown in their space over the last year.”

The annual prize is awarded by Tate to an artist who lives or works in Britain for an outstanding exhibition or other presentation of their work. It is held in alternate years at Tate Britain in London and museums around the UK; this is second time it has been held at Tate Liverpool.

The exhibition of the four shortlisted artists’ work runs at Tate Liverpool until 19 March 2023.