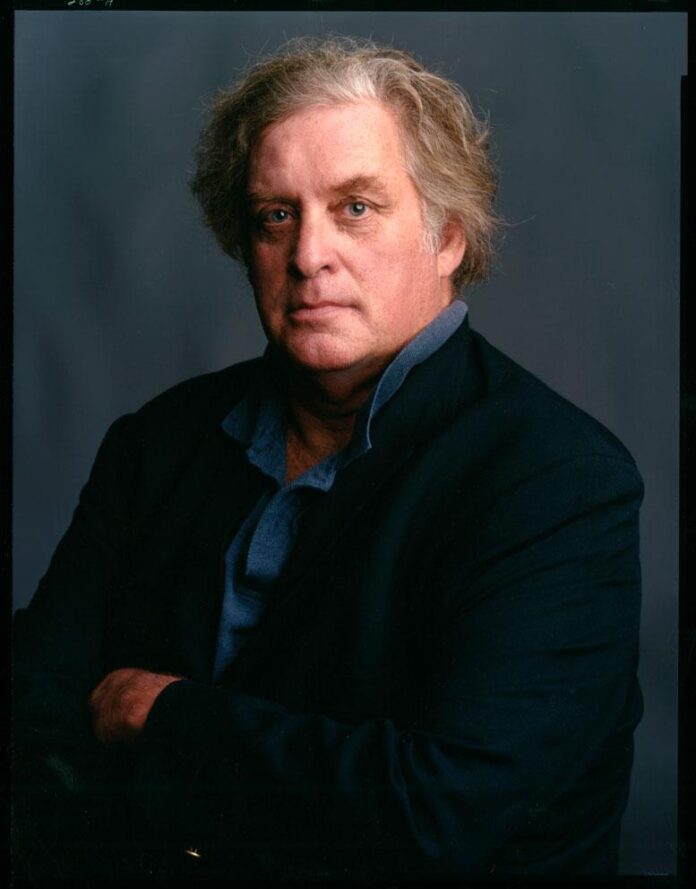 Charlie Finch, who died earlier this week at age 69 after a long illness, wrote for Artnet Magazine from soon after its founding, in 1996, until its final posts in 2012.

His first texts, styled as the Royal Flush in gossip-column tidbits, were immediately knowing and caustic, continuing the kind of brash irreverence that had earlier made his name with Coagula, the short-lived newsprint art magazine co-published with his then-partner Mat Gleason (who maintains the Coagula brand today as a web publication and, until recently, as a Los Angeles gallery).

Back then, SoHo was the center of hip New York art, and Charlie could be found there on Saturdays, dispensing the paper from a canvas shoulder bag. For a taste of his early style, notice the tone of his column from 1998, a mere quarter century back: concise insider details, no gee whiz or flowers, and not even that mean.

Later, of course, when Charlie would file more focused, review-like texts, he could throw editorial lighting bolts as explosive as those of Odin … or Loki. Many were dashed to ashes, if only for a moment. Along with Artnet Magazine’s own “Murderer’s Row” of power contributors—Tony Fitzpatrick, Donald Kuspit, Jerry Saltz, Linda Yablonsky, Peter Schjeldahl—Charlie made the internet a place where art writing could get out of the shallows and go deep.

By the way, Charlie was one of those geniuses who ignored normal social niceties; he had no computer, for instance, and would submit his texts on handwritten pages or dictate them over the phone (with me as his trusty typist). I’d be very surprised if he’d kept any kind of master file of his writings. (One of many favorite memories: Speaking on the phone about some article in a just-out , he’d say, “Hang on, let me get it out of the trash.”)

Though all of Artnet Magazine’s contributors did great work for modest pay, Charlie really was our lifeblood, producing two or three texts each week, a constant stream of punchy, funny, smart, and edgy commentary of exactly the kind art readers love to hate. Many, many reviews boosted younger artists or those without a high profile. Others, not so kind.

A word here about his fulminations: He could be almost cruel with his judgments, and wrong, but he carried the core avant-garde demand for extreme freedom of opinion into everyday action, as if challenging the art world to live up to its haloed mythos. And of course he aimed most of his barbs at powerful successes—the best of them bearing Charlie’s insults as badges of pride—while succoring the out-of-fashion and beginners. His sensibility had no small quotient of the irrational, which is of course art’s vital spark. One of my favorite Finch texts, “Who Is the Worst Artist?” from 2011, I love not for its judgments (the artists need no defense from me) so much as for its comic prose timing and irreverent bravado.

“Robinson,” he would mock complain, “you like everything!” I know I liked Charlie, even though I felt a cost for unleashing him on a baby-faced art industry. (I still doubt Mary Boone can tell him and I apart.)

When Artnet Magazine shut down in 2012, Charlie was already ailing, though when we’d worry to him about his health, he’d insist he was “strong as a horse and would outlive us all.” But more and more he pushed everyone away, making his friendship almost impossible to maintain.

His passing is truly tragic, of an epic dimension consonant with his life. Hard-hearted though I am, I feel Charlie’s last gift, which is to make the Grim Reaper palpably present, and show the true costs of genius. Charlie is survived by his son, the author Charles Finch, who I understand may be organizing a memorial this fall.

‘In 100 years, all these antiquities will be gone’: as Cop27 opens in Egypt, climate crisis is still taboo subject at art and heritage...