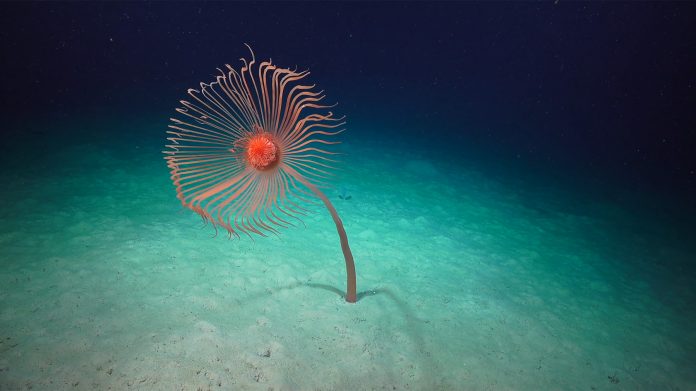 Plunge into the serene depths of the Indian Ocean through new 4K footage from the Schmidt Ocean Institute’s recent dive into the Ningaloo Canyons off the western coast of Australia. Previously unseen by researchers, the exploration captures aquatic life and swaths of the seafloor that have gone unexplored for years. Spanning 180 hours in total, the underwater adventure led to the discovery of more than 30 new aquatic species, in addition to the longest animal ever recorded. A member of the Apolemia genus, the record-breaking organism reaches an unprecedented 154 feet.

The humanless dive used the ROV Sebastian, a robotic underwater vehicle that can bear the pressure of 14,750 feet below water for lengthy durations, far more than people are capable of. See more of the institute’s mesmerizing videos on YouTube and find an extensive collection of deep-sea footage on its site. (via PetaPixel)