Home News Wet Paint in the Wild: Artist Rachel Rossin Takes Us on a... 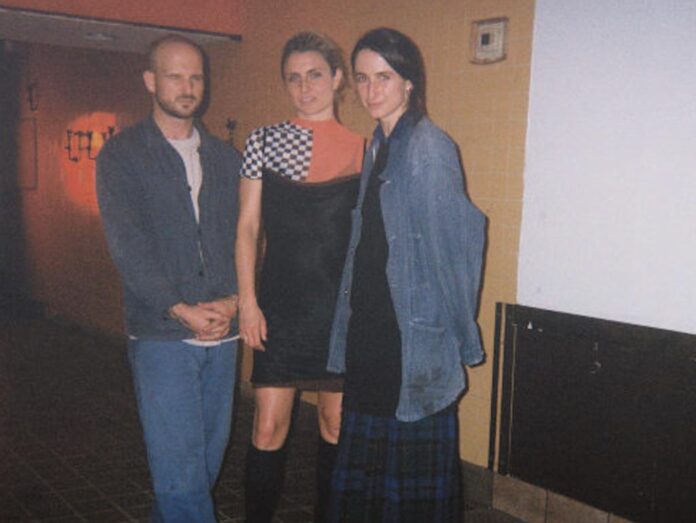 I  unconventional gallery spaces. Is New York not a better city since O’Flaherty’s came around? And who can resist the strange you stumble across at Mmuseumm? I basically stood up and started clapping when I found out that Rachel Rossin was working on Dunkunsthalle alongside fellow artist Kyle Clairmont Jacques—a take on the German kunsthalle that she is opening in a former Dunkin’ Donuts in the Financial District. I let her take over the reins of Wet Paint in the Wild for the week it had its soft opening, let’s see what she got up to… 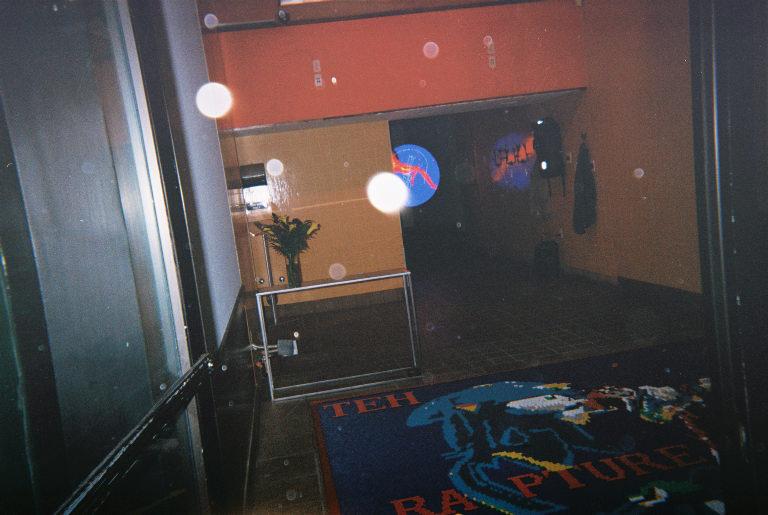 Before Dunkunsthalle got packed. Seen here: a military industrial mat that the Akron Art Museum commissioned me to make for an installation called . 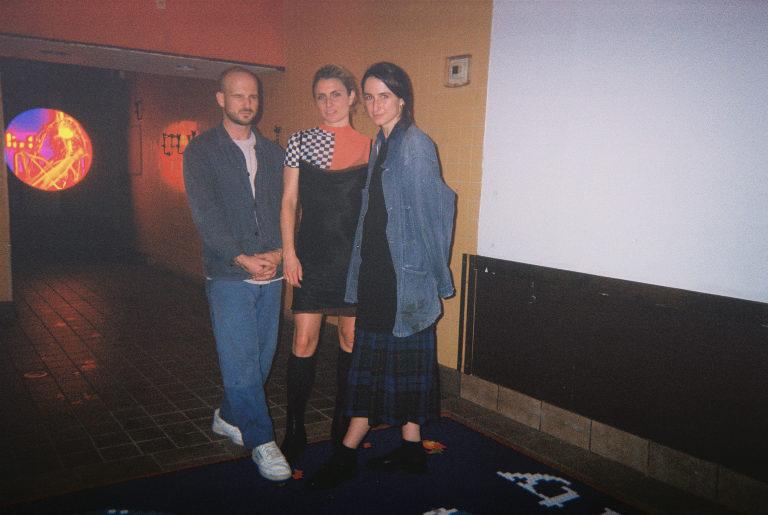 With Kyle Clairmont Jacques and Moira Spahic (far right). Dunkunsthalle is an artist-run space modeled on a kunsthalle in an old Dunkin’ Donuts on the ground floor of the building where I have my studio at 64 Fulton Street in FiDi (It’s actually where Rauschenberg and Twombly shared a studio). I worked out a deal with my landlord and asked Kyle Clairmont Jacques to work on it with me because he is right about everything. Kyle has been my friend for a decade. We began working together back in 2014 at Signal Gallery, which he and Alexander Johns started. Kyle brought his sweetheart, Moira Spahic, in as a partner to help with writing, production, and admin—very, very essential skills. Moira also produced my show for KW Institute in Berlin and put out a hundred fires with her eyes closed. 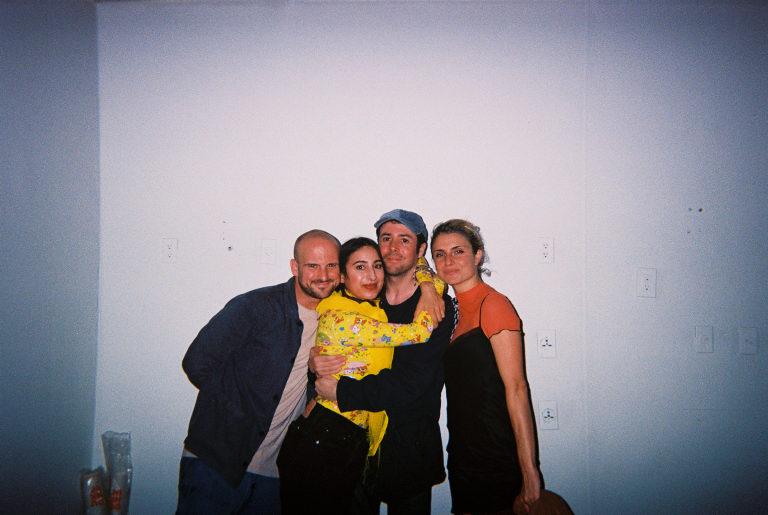 With Kyle Jacques, Fin Simonetti, and Alexander Johns. I still remember these incredibly detailed red ballpoint pen drawings Fin showed at Signal. Alex and I talked about those for so long. 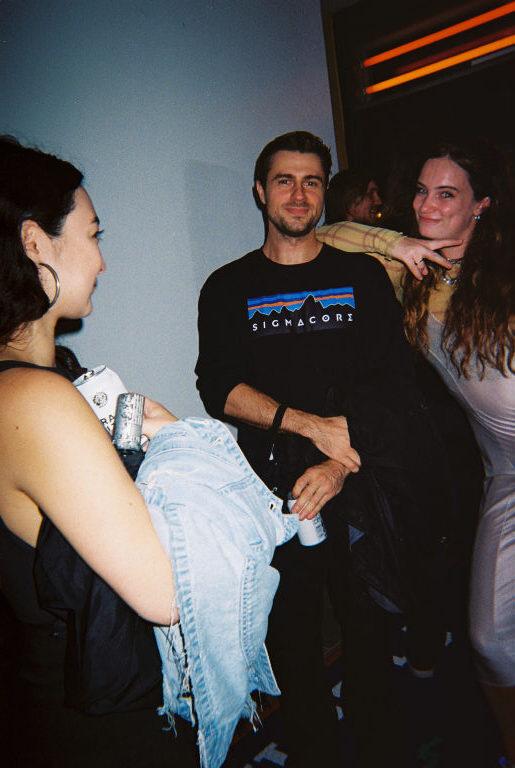 Annie Armstrong with art world luminary, Joshua Citarella. He is wearing a shirt that says “Sigmacore.” Seems right. I went on Josh’s podcast in March and showed him my Christian Dubstep mix. 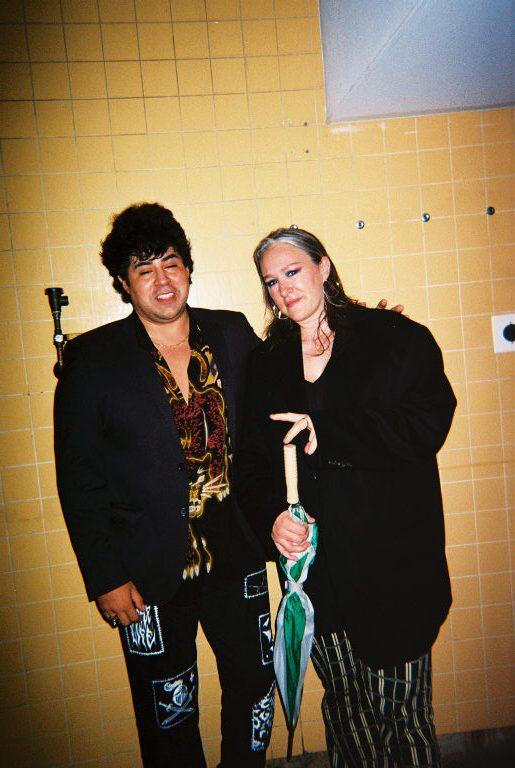 Artists Robert Nava and Ambera Wellmann. Hi to you both, and thank you for coming. 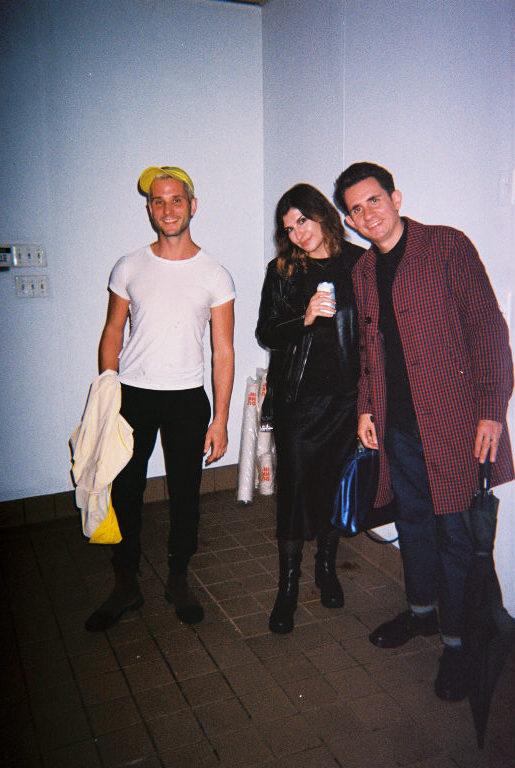 More art world luminaries: Austin Lee, Julia Kaganskiy, and Rafael Rozendal. Note the Dunkin’ Donuts cups behind Julia that we found during renovation. I taught Austin how to use VR—one day I’ll release the screen recording of us in a simulacrum of Studio Ghibli world in VRChat. This is one of my favorite memories of us. Lots of drawing parties together too. In 2015, Julia gave me my first fellowship in VR research at New Inc, the incubator at the New Museum, where I met Rafael also. 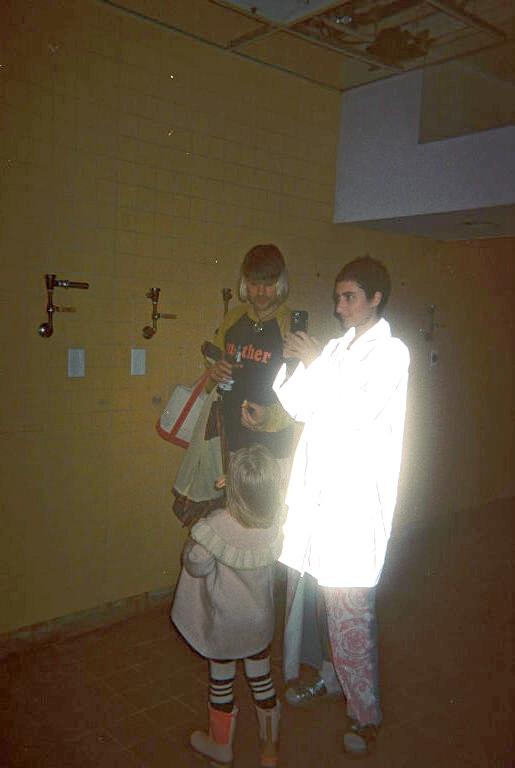 More luminaries: Artist Anna K.E. cloaked in pure light. I appreciate that Florian is wearing a shirt that says “mother” in a cheeky typeface. I met Anna and Florian through Signal and fell in love with them first through their work “Late Checkout.” Beautiful artists and people. 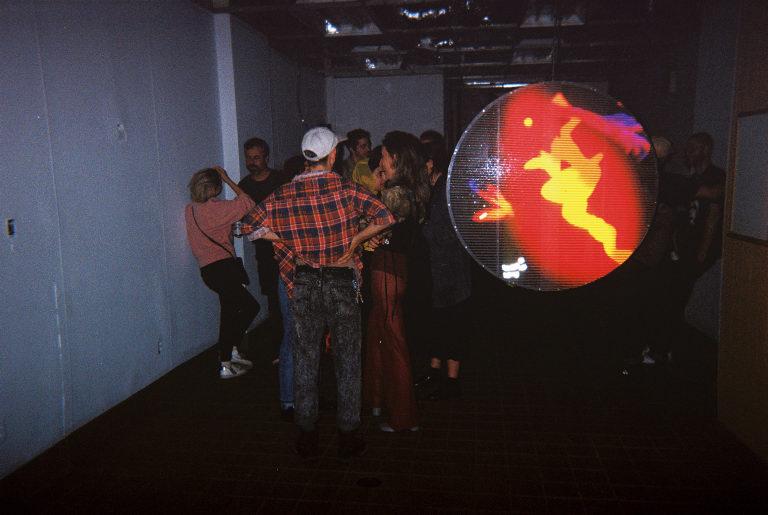 Is this a good place to share that Jamian Juliano-Vilani is threatening to steal my “Battlebots” group show idea? If she does, you heard it here first, folks. Anyway, another picture of the opening after Alexander John violently flickered the lights on at 9:20 pm. 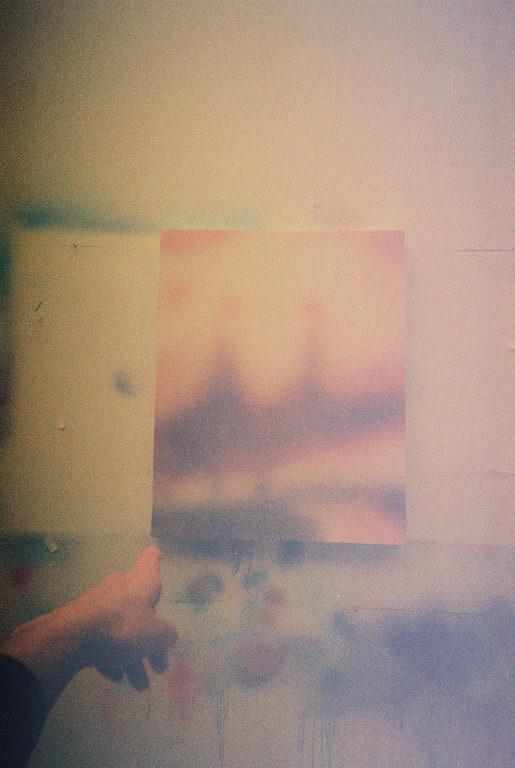 The next day, after I recovered, I did some studies for my next painting series in between some admin and laptop work for the installation at the Whitney, which is not until March. 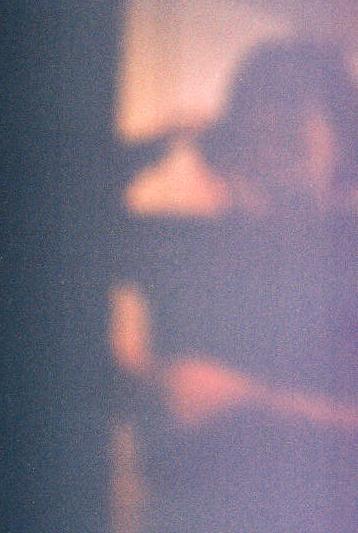 A few days pass and I forget to take pictures but remember when I stop by Lazlo’s birthday party. This is a very blurry picture of beautiful Aria Dean. 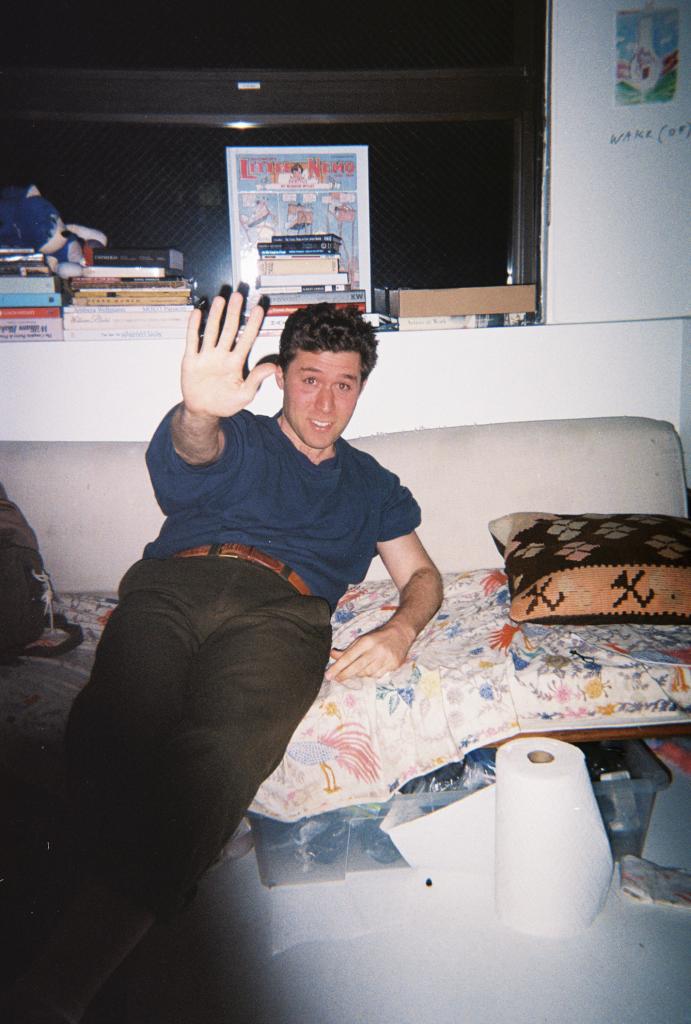 The week ends with a studio visit from Gideon Jacobs (a Wet Paint recurring cast member). We talk about his new novel and my commissions for the Whitney and KW. Our conversation turns, as it often does, to the subjects of religion, mysterianism, and vocabulary for defining what good and bad art is. Behind him are some of my books—I can see Winsor McCay, William Blake, , , Eugenie Brinkema’s new book, and a Sonic the Hedgehog stuffed animal that Jillian Mayer gave me for my birthday. Gideon said something during this visit like: “Cynicism is the lost relationship between hope and disappointment.” This feels true. Some sort of dialectical digestive swing there. A lesson too. (I followed up with Gideon and he said: “Good cynicism, if there is such a thing, is usually born from people who care more than they let on, claiming something is irredeemably shitty but secretly hoping it’s not.”) 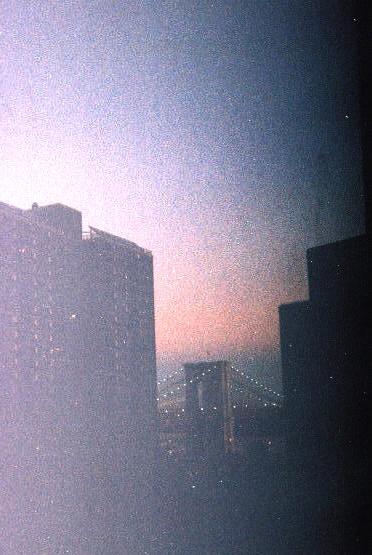 The end, and the sunset as seen from my studio. .