Home News Can an Exhibition Be a Portrait? The Hammer Museum Paints a Complicated... 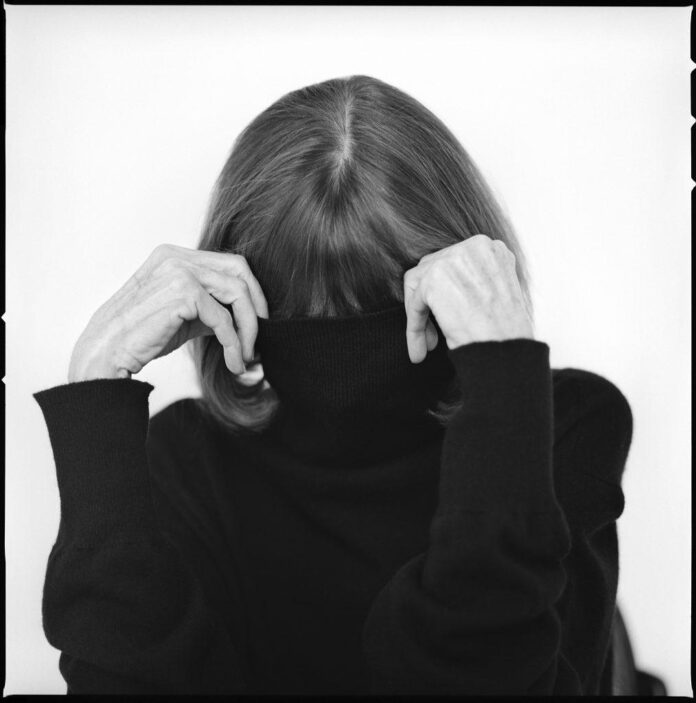 Each gallery of the Hammer Museum’s recently opened exhibition, “Joan Didion: What She Means,” explores a chapter of the revered writer’s life—from her roots in Sacramento to her last years in New York.

The final room is titled “Sentimental Journeys” after a 1990 essay that Didion, who died in late 2021 at age 87, published in the . Centered on the 1989 Central Park jogger case, the essay unravels the threads of race, class, and “preferred narratives,” which, tangled together, led to the unjust conviction of the young Black men known as the Central Park Five (now the Exonerated Five since their convictions were vacated in 2002).

Didion had not always been so good at writing about race. When she wrote about Black Panther leader Huey P. Newton in 1968, she called him a “black militant,” not pausing to interrogate what such a term might convey or from where, or whom, it came. When she wrote about the 1965 Watts uprising, she treated it as a vague inevitability: “For days one could drive the Harbor Freeway and see the city on fire, just as we had always known it would be in the end.” 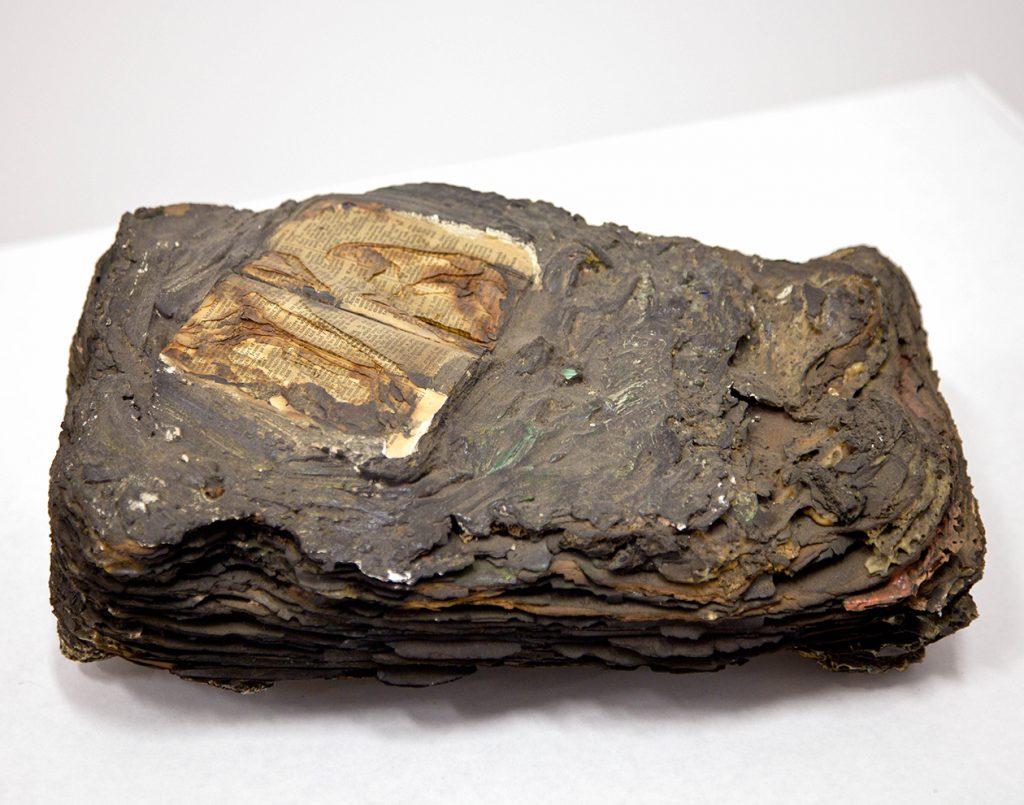 “Joan Didion: What She Means,” curated by writer Hilton Als alongside the Hammer’s Connie Butler and Ikechúkwú Onyewuenyi, allows Didion to be complicated. In fact, included in the “Sentimental Journeys” gallery is a sculpture by Noah Purifoy made from the rubble of the Watts uprising, an elegant work that looks like a pile of charred pages. Placed here, the sculpture recalls Didion’s flawed 1960s writing, and seems implicitly to acknowledge how much her writing changed in the decades between the 1960s and 1990s. “Is Joan Didion a legend?” a journalist recently asked Onyewuenyi. Onyewuenyi responded, “I want to keep her as a writer. I think she’s a writer.”

Hilton Als, a staff writer who won a Pulitzer Prize in 2017, conceived of this exhibition about Didion before the writer’s death. He had previously curated what he calls “exhibitions as portraits” about writers James Baldwin and Toni Morrison at David Zwirner Gallery. Als wrote to the Hammer, broaching the possibility of a show with Didion, and conversations with the museum began in fall 2019. “This project had Didion’s blessing,” wrote Als and Butler in the catalog. “Didion is as much a co-curator of this exhibition as we are.”

The exhibition begins with a section called “Holy Water,” after an essay in which Didion reflected on her drought-prone home state of California. All of the objects in this first section reference the state in one way or another, though not always literally. A 1930 woodblock print by the Japanese-American artist Chiura Obata titled (1930) depicts blue water underneath purple mountains and a sky that glows pink through heavy clouds. A nearby wall-hanging ceramic sculpture by Los Angeles artist Liz Larner, (2013), has a strikingly similar palette, but is otherwise abstract. 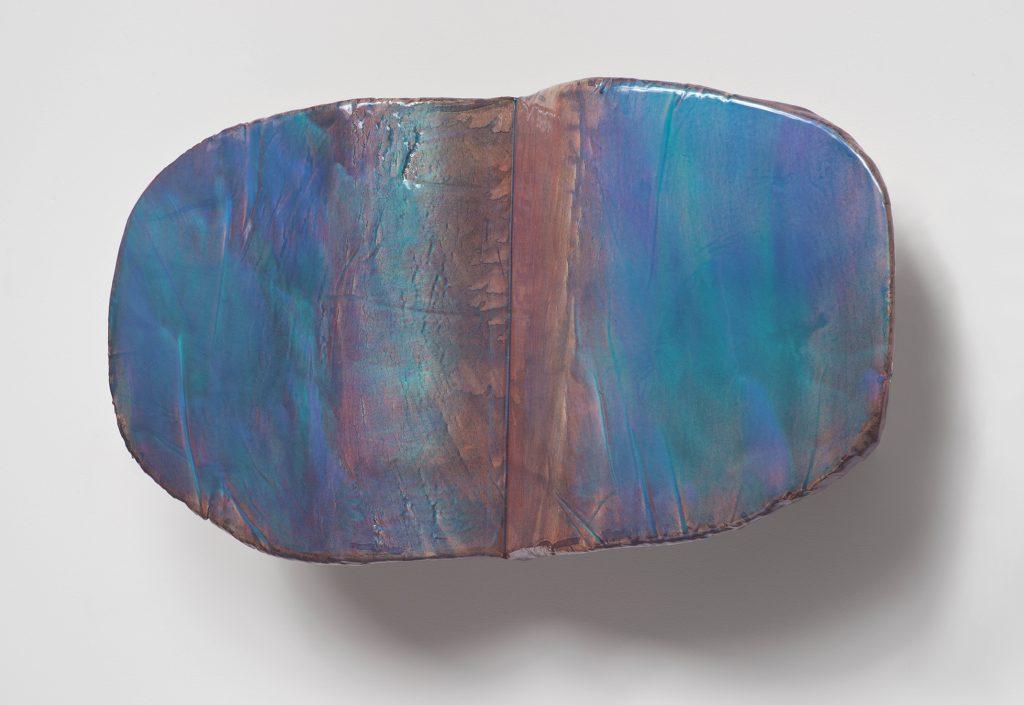 Two ethereal 1970s landscapes by the artist Suzanne Jackson imbue trees, hills, and clouds with such energy that they appear in motion. Like Didion, Jackson spent part of her childhood and her college years in Northern California, then, in the second half of the 1960s moved to Los Angeles. Unlike Didion, Jackson was directly affected by racism in the city, and the Los Angeles Police Department’s war on Black activists, especially after Jackson showed the work of Emory Douglas, the Black Panther’s Minister of Culture, in the gallery she operated. Two paintings by Ben Sakoguchi, a Japanese-American artist whose family was interned during World War II, come from his 1974–81 satirical series “Orange Crate Labels,” in which he uses the state’s signature citrus as a vehicle to criticize the exploitation of labor, racism, and war-mongering.

“The show is really like a collage,” said Onyewuenyi, who took on the task of researching Didion’s California lineage. Her 2003 book goes deep into her family’s history in the state: how her great-great-great-grandmother, Nancy Hardin Cornwall, traveled West toward California with the Donner-Reed party, breaking off from the group before the members famously found themselves snow-bound in the Sierra Nevadas, resorting to cannibalism. Throughout , Didion repeatedly mentions the potato masher that Cornwall brought West with her—for Didion’s family, “the potato masher that crossed the plans” was treated as “evidence of family endurance, proof of our worth.”

The masher is displayed in the “Holy Water” section of the Hammer exhibition (it may not have appeared in the show if columnist Carolina Miranda had not tracked it down following Didion’s death, finding it at the Pacific University Museum in Oregon, and inspiring Onyewuenyi to get in touch with the museum as well), alongside multiple other objects that belonged to Didion’s ancestors such as William Geiger, her great-great-grandfather. Geiger, a surveyor, studied at an abolitionist college in Illinois; yet when he arrived in California, he surveyed land for John Sutter, the founder of Sacramento known for murdering and exploiting the labor of Indigenous people. “For me, I was interested in giving some materiality to this history and [Didion’s] past,” said Onyewuenyi. “It also almost revealed these kinds of paradoxes.” 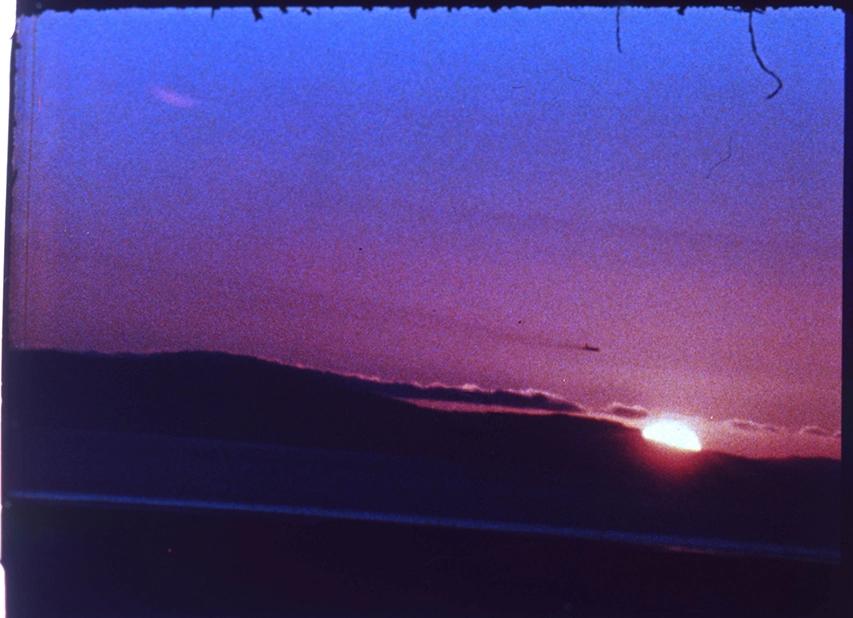 After “Holy Water” comes “Goodbye to All That,” featuring photographs by Diane Arbus and a film of a sunset by Andy Warhol, and tracing Didion’s first move to New York in the late 1950s (where she wrote for and married her husband, John Gregory Dunne) and then back to Los Angeles.

Next is “The White Album,” a section of the exhibition that treats Didion’s writing about the 1960s more like a jumping-off point than a template. Vija Celmins’s pithy yet haunting 1964 painting of a hand pulling a trigger shares space with Betye Saar’s explorations of mysticism and astrology ( from 1964 is layered with marks, suns, and moons). Saar lived in Laurel Canyon before the musicians Didion wrote about, including Jim Morrison, moved there, and her presence in the exhibition underscores how worlds overlapped in the period when Didion penned some of her best-known essays. Elsewhere, 1974 surveillance footage of Patty Hearst robbing the Hibernia Bank in San Francisco (which Didion wrote about) loops on the same monitor as footage of activist Angela Davis’s 1971 trial (which Didion did not write about). 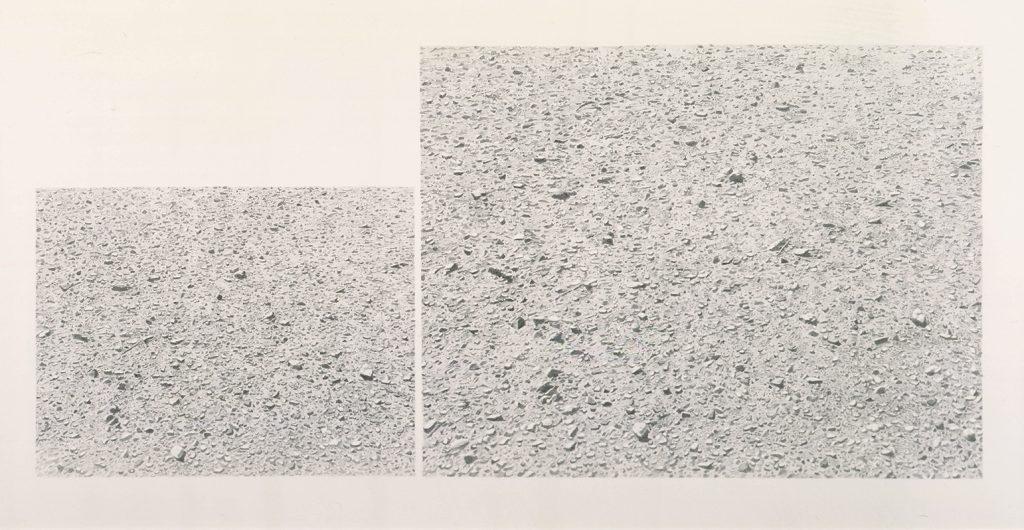 Only a few works reference the writer directly, among them a nostalgic installation and two drawings by Jack Pierson, and two portraits Don Bachardy made of Didion in the 1970s. Both show her pensive and unsmiling. In 2016, Bachardy, longtime partner of the novelist Christopher Isherwood, told that Didion and her husband Dunne used to pursue Isherwood, courting his attention: “They were both highly ambitious, and Chris was a rung on the ladder they were climbing.”

Many valid, well-formed criticisms have been leveled at Joan Didion over the decades (see: Barbara Grizzuti Harrison’s 1979 essay “Only Disconnect”), but I am always struck by those who take issue with the writer’s ambitions and contradictions, using these to call her work into question. Consider Daphne Merkin, who quotes Didion writing that “I was obscurely ashamed to go to dinner with yet another editor, ashamed to sit down again and discuss this ‘work.’” Then Merkin quotes a close friend of Didion’s saying that “I never saw ambition like that,” as if it is somehow suspect—or, in Merkin’s words, “almost transactional”—to be both ambitious and embarrassed about it.

These criticisms seem often to stem from frustration over Didion’s prominence, over her status as “legend” rather than just “writer.” The proliferation of other voices in “Joan Didion: What She Means” makes it clear that she was one of many figures trying to make sense of the world, and within this chorus, there’s space for Didion to mean more than one thing—and to change.

See the Early Art of Sarah Sze, Kehinde Wiley, Dana Schutz, and Other Stars Before They Were Famous