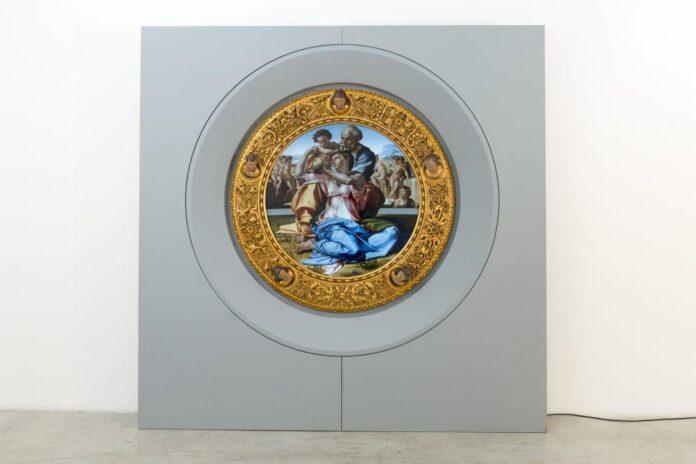 When Florence’s Uffizi Gallery sold an NFT of Michelangelo’s Doni Tondo for €240,000 last year, it seemed like it found a major new revenue stream. But it turns out that the tech company it partnered with to produce the digital work took so much in fees that the museum only reaped €70,000 ($70,500) of that. Now, the Italian ministry that regulates the country’s museums has asked institutions to temporarily cease contracts with NFT providers.

The Uffizi sale was orchestrated by the Milan-based tech company Cinello, which had been given a five-year contract (that expired December) to digitally reproduce works of art from the Uffizi’s collection.

Each of the digital works, which Cinello calls DAWs, were certified on the Ethereum blockchain and traded as NFTs in conjunction with Unit, a contemporary art dealership in London. The works were made in editions of nine, priced between €100,000 and €250,000 ($114,000–$284,000) each.

A Cinello spokesperson told the Art Newspaper that the company would split the proceeds with the Uffizi 50/50—after production costs. Those costs—which included taxes, a platform commission, the cost of producing a frame, and a 20 percent operating fee—totaled €100,000.

Initially, the NFT was designed to be in a hybrid digital and physical artifact, combining a wooden copy of the original frame, with a screen and a chip where the copy of the work was recorded as an NFT.

However, the sale generated public scrutiny after the Italian daily newspaper La Repubblica ran a headline this past May wondering who owns the digital rights to Michelangelo’s Doni Tondo. In that article, the Uffizi’s director, Eike Schmidt, admitted that the museum had not done adequate due diligence when it came to structuring the deal around the NFT.

“It’s fundamental to inform yourself not only from a technical point of view, but also from a legal point of view,” he said. Adding that “certain platforms where you register ownership may not give sufficient guarantees, and you risk losing everything,” he said.

By buying digital copies of works in the Uffizi’s collection, new owners can theoretically exhibit and control them in augmented and virtual reality, as well as in emerging environments such as the metaverse. This could leave institutions like the Uffizi high and dry when it comes to controlling the works it sells from its own collection on budding metaverse platforms.

“Given that this matter is complex and unregulated,” a spokesperson for the Italian ministry of museums told the Art Newspaper, “the ministry has temporarily asked its institutions to refrain from signing contracts relating to NFTs. The basic intention is to avoid unfair contracts.”

For its part, Cinello maintains that all rights to the work remain with the museum, adding that its goal is “not to disperse Italian heritage around the world,” but to help the museum receive royalties and assist in raising much-needed funds to protect, conserve, and maintain the originals in its collection.

Though its contract with the Uffizi is technically over, Cinello is currently working with 10 other Italian museums, including the Museo di Palazzo Pretorio and Pinacoteca di Brera di Milano.

The company has not responded to a request for comment on whether it will continue to offer and structure similar NFT deals.

Other companies, such as LaCollection, have also recently announced similar partnerships, including with the British Museum and the Museum of Fine Arts, Boston.

The State Hermitage Museum in Saint Petersburg, Russia, and the Belvedere Museum in Vienna, have also deployed similar schemes. In September, the Hermitage auctioned NFT replicas of its five best-known paintings, netting it $444,000 at the time. The Belvedere digitized and fractionalized an image of Gustav Klimt’s The Kiss, released as a series of 10,000 NFTs last Valentine’s Day, each priced at .65 Ethereum (about $1,950 at the time), generating about $4.5 million.

While moves to digitize priceless works of art appear to be gaining steam (despite the recent calamity around NFT prices as a whole), the question of who ultimately stands to benefit in an as-yet unregulated market remains.