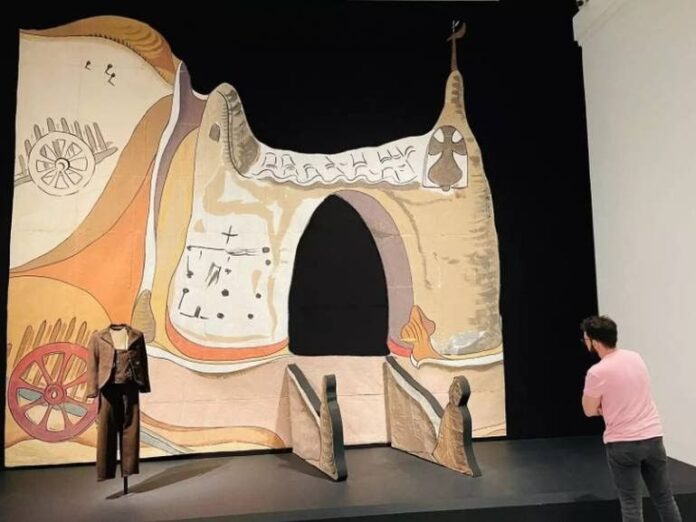 Very occasionally and to much horror, selfies at museums and galleries go terribly wrong. In such a scenario, a trip, a fall or a mispaced elbow can lead to “accidents” amongst the artefacts and treasures on show. The latest blunder happened at the Museo Reina Sofia in Madrid when a visitor accidentally damaged Alberto Sánchez’s ballet set for La romería de los cornudos (The Pilgrimage of Cuckolds) (1933) in the process of snapping herself.

A spokesperson but the damage was minor and the work was immediately restored by experts from the museum’s restoration department. The next morning, visitors could already see it again.” The set was made for a one-act ballet written by Federico García Lorca and Cipriano Rivas Cherif.

In mid-2020, a tourist made headlines after an attempted snap in turn snapped two toes off a sculpture by Antonio Canova. The accident happened when the visitor sat on the work to take a selfie at the Gipsoteca Museum in Possagno, northern Italy. The work damaged was the original plaster cast model, made in 1804, for the marble sculpture of Paolina Bonaparte housed at the Galleria Borghese in Rome.

The Sánchez piece is located in a room near Pablo Picasso’s 1937 painting Guernica, Artnews reports, which is a major draw for visitors. Picasso’s masterpiece has also been in the headlines after the Rolling Stones singer, Mick Jagger, had his own private viewing of the acclaimed World War Two work while the museum was closed.

Jagger’s selfie in front of Guernica made waves because photographs in the gallery are usually banned. An exception was seemingly made for the rock superstar however, which prompted a backlash on social media. “Hey, how is it possible you could get a picture with Guernica and we couldn’t take one?” said a contributor on Twitter. The museum declined to comment.