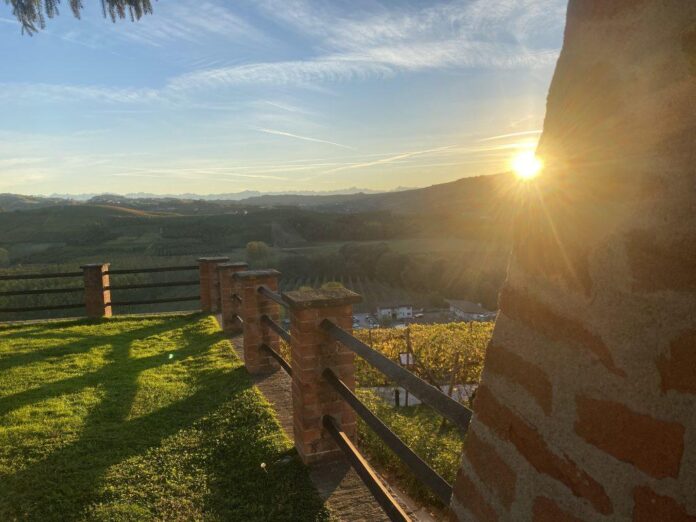 Nestled in the foothills of the Italian Alps, Piedmont is known for its snow-peaked vistas dotted with estates that once belonged to aristocrats and the royal family of Savoy, as well as its fine wines (think Barolo and Barbaresco) made from the native Nebbiolo grape. Not to mention its precious white truffles, stars of the annual Alba White Truffle World Auction, which is broadcast live to chefs from Dubai to Singapore every November, just after the truffle-hunting season commences.

For culinary reasons alone, art-goers would be remiss not to go stomping through this rural area of Northern Italy following Turin’s Artissima fair. But there are cultural reasons to go now as well.

The region has long boasted contemporary art in its rolling hills, from the Fondazione Sandretto Re Rebaudengo’s Art Park, with its large-scale sculptures in Guarene, to the exquisite Barolo Chapel by Sol Lewitt and David Tremlett in La Morra, near Alba at the Ceretto vineyard. But this year, Turin’s Castello di Rivoli museum has introduced an innovative series of art commissions throughout Piedmont’s small towns and villages.

Curated by the museum’s director, Carolyn Christov-Bakargiev, the project—”A Cielo Aperto“—is celebrating a post-pandemic return by installing permanent, public works by artists Michelangelo Pistoletto, Susan Philipsz, Olafur Eliasson, and Otobong Nkanga in the towns of Cuneo, Mondovì, Grinzane Cavour, and Bra, respectively. Each work speaks to the local ecology and larger context of the region, whose distinctive UNESCO heritage was formed by the melting of the glaciers at the end of the last Ice Age.

The four public artworks are supported by the Fondazione Cassa di Risparmio di Cuneo (the charitable arm of the regional Cuneo Savings Bank, known as the Fondazione CRC), which has collected hundreds of works from Italian and international contemporary artists. To celebrate its 30th anniversary, the foundation conceived of the program together with Christov-Bakargiev and two other Castello di Rivoli’s curators, Marcella Beccaria and Marianna Vecellio.

It includes , an installation at the center of Cuneo city that Pistolleto co-created with a group of local youths. 122 of their drawings (since collected by the Castello di Rivoli’s education department) have been combined to form three contiguous circles that symbolize infinity while also suggesting the shape of a womb.

“We are very proud to be gifting our wonderful region with great art in the outdoors,” said Ezio Raviola, president of Fondazione CRC, at the opening of Philipsz’s new work in Mondoví. “It’s an opportunity to connect our local and Italian artists with the international art world, therefore investing in our future—which, for a country like Italy, with such heritage, is very innovative.”

A collage of lyrics from Susan Philipsz’s A Song A Part superimposed over the former orphanage turned Museo Civico della Stampa in Mondovì, where the work is presented. Courtesy of the artist.

Philipsz’s sound work reverberates around a historic convent in Mondovi, a former orphanage for girls that is now the Museo Civico della Stampa, a museum dedicated to the history of the printing press (which was imported to the area in the late 1400s, not long after Gutenberg invented it). Entitled , the work is based on part of a song book by the Renaissance composer Maddalena Casulana (1544–1590), newly discovered near Mondoví.

Casulana wrote popular madrigals in her day, becoming one of the first composers to have her music printed. Her name and works, largely forgotten, have been revived by Philipsz’s gentle voice; the square in front of the museum has been transformed into an oasis of sound engulfing and emanating into the picturesque landscape, imploring visitors to listen.

“The song is kind of naked—I wanted to create a tension between the vulnerability of the voice and this small public setting on top of a hill,” Philipsz said of the work, which launched last week. “When I make a new work, I often think of the relationship it will have to that specific place. The fascinating madrigals found nearby in Cuneo made this site an extra-special one to contemplate—a hill that felt riddled with tragedy.”

Hills, of course, form the backdrop of the region. Nearly all medieval villages were built on hilltops because it made them easier to defend from potential invaders, or so the logic goes. But today we are facing an invader of a different kind: climate change. 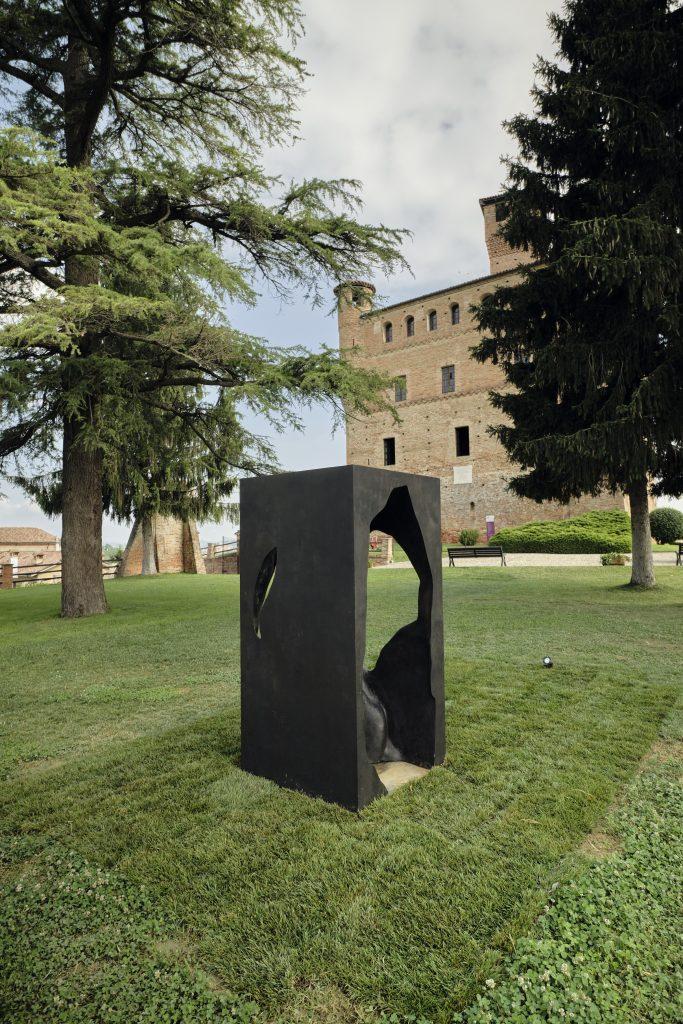 In response to this, Eliasson has constructed a bronze sculpture of a hollowed out iceberg that was fished out of the Atlantic and cast by the artist before melting. The work—its emptiness a testament to the silent invasion of climate degradation—is placed elegantly on the grass directly outside the grand castle of Grinzane Cavour.

Once the family seat of the Italian statesman Camillo Cavour, responsible for the unification of Italy in 1861, the castle now houses an outdoor museum of the Nebbiolo grape in the surrounding vineyards, as well as the Enoteca of Piedmont, which offers tastings of the region’s wines paired with local olives and cheeses.

Eliasson scanned and copied the ice block to create a negative bronze cast on a one-to-one scale. “I believe in the ability of artworks to convey agency, in an active and passive way,” the Icelandic-Danish artist told Artnet News last week, at the opening of his Castello di Rivoli  exhibition “Trembling horizons” (until March 26, 2023).

“With the privilege of the exposure I have comes an increased responsibility. I understand that I am a layman and am not a specialist in the field of climate change, but can culture as an agent in society reach for something greater? This is something I am ultimately interested in.”

Meanwhile, the hills of Grinzane Cavour are seeing some of the region’s most important winemakers putting their barrels and their bottles where their mouths are. In an innovative project called Barolo en Primeur, they are auctioning Barolo for charity and—in collaboration with the Castello di Rivoli—inviting artists to design special wine labels. 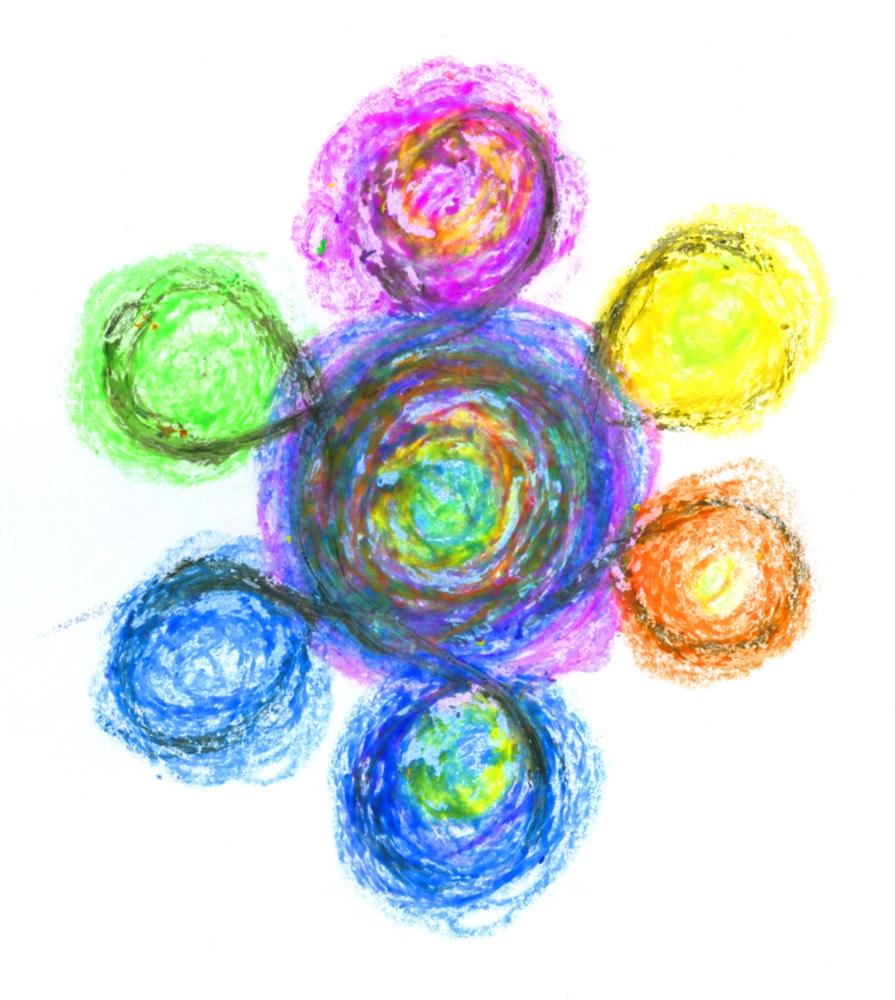 This year, the Barolo en Primeur charity auction event raised almost €800,000, and over the two years it has been running it has auctioned off wine with labels by artists including Pistoletto and Giuseppe Penone. Next year it will feature a label designed by Philipsz, who has chosen to focus on the rhinoceros, a creature that roamed the Piedmontese landscape in prehistoric times.

In the meantime, Nkanga is set to unveil her sculptural commission next month, a public seating and garden project in the small town of Bra—close to the landmark Osteria Boccondivino, where Carlo Petrini founded the Slow Food movement in 1986. A kilometer away is the Savoy castle of Pollensa, home of the University of Slow Food, which collaborated with Nkanga in choosing endemic plants to embed among her carved-marble benches.

The artist’s aesthetics and the principles of Slow Food are connected—both celebrate food and plants as well as local, traditional, and sustainable ways of growing them, while also embracing experimentation. Nkanga’s oeuvre has since its start been about the senses, in particular the interaction between smell, taste, and sight. Her work in Bra, entitled Of Grounds, Guts and Stones, aims to root visitors in the locality, history, and politics of food.

In this context, the relationship with the African continent and Nigeria, from which the artist comes, will function as a point of departure into how new sustainable initiatives can emerge from both Piedmont and the Global South. And so, with its gentle, ephemeral interventions into public space in and around the hills of Piedmont, as well as its ambrosial entanglement of food, wine, and art in reciprocity with the surrounding environment, “A Cielo Aperto” becomes more than the sum of its parts.