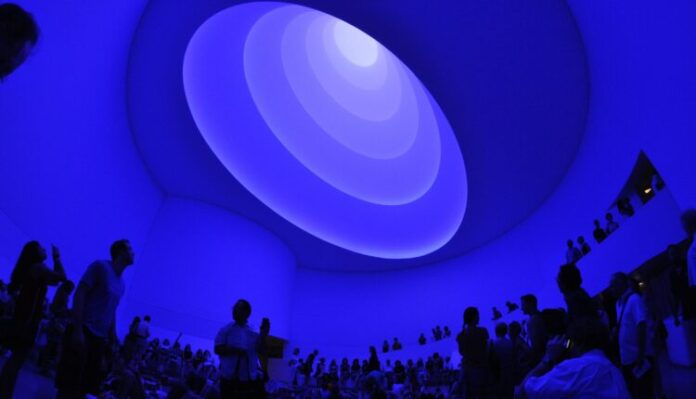 The Praemium Imperiale Award, one of the most prestigious art awards in the world, has been won this year by photographer Sebastião Salgado and sculptor James Turell.

Sebastião Salgado is well known for his black-and-white photographs that revolve around the theme of climate change impact. Many of his pictures focus on the places, people, and species that are impacted the most by this global phenomenon. In the past, Salgado has photographed oil wells in Kuwait and coffee workers from many parts of the world. Salgado and his wife Lélia are also social activists, often participating in various civil initiatives.

James Turell is renowned for his grand installations that play with various aspects of light. Turell is perhaps best known for his 2013 work at the Guggenheim Museum in New York. His grand Aten Reign installation transformed the museum in a way such that the museum’s rotunda came to resemble a set of colorful, concentric circles. Turell is also known for working at the Roden Crater in Northern Arizona since the 1970s. Yet to be opened, the work is touted to be his biggest installation ever once finished.

Both artists received the prize money of 15 million yen ($137,000) each. The Japan Art Association gives the Praemium Imperiale award each year. Apart from the two, Glen Murcett won for architecture, while renowned cellist Yo-Yo Ma won it for the music category. Under the theatre and film category, no awards were given. The award committee said that due to many candidates failing to meet the requirements, it was decided not to award for these categories this year.