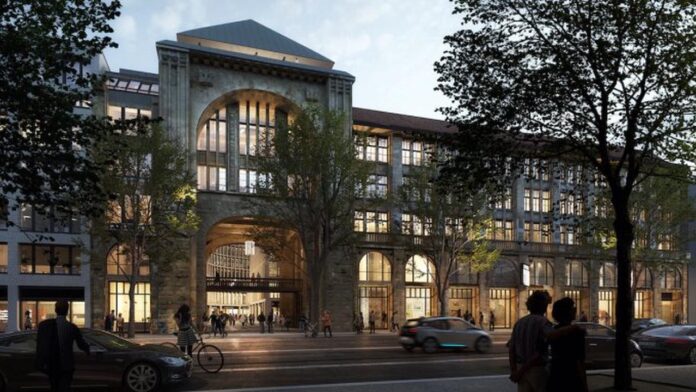 Fotografiska is in expansion mode, with plans to add three new spaces to its empire of photography museums by 2023. The private museum said on Friday that it plans to open locations in Berlin, Miami, and Shanghai over the next couple years. The Berlin and Shanghai museums are set to open in the third quarter of 2022, while the Miami one is expected to open in the second quarter of 2023.

Of the three, the Berlin museum is expected to be the biggest, occupying 58,000 square feet. Herzog & de Meuron, the firm behind the newly opened M+ museum, has been enlisted to extend the rooftop of the planned museum’s retrofitted building, a former department store, while Studio Aisslinger will revamp the inside.

Sited in a one-floor warehouse, the Miami one will also be hotly anticipated, given its proximity to art-world destinations like the Rubell Collection and Superblue. Collector Mera Rubell called the museum a “tremendous win for Miami” in a statement. The Shanghai museum will also be set in a warehouse.

Fotografiska first launched in Stockholm in 2010 and later expanded to New York and Tallinn in 2019. It has become known for its blue-chip offerings, including recent shows devoted to Andy Warhol and Ruth Orkin in New York.

Josh Wyatt, CEO of Fotografiska, said in a statement, “It is a real honor to call these remarkable landmarks the dwellings of Fotografiska, and we are humbled by the opportunity to reimagine such important buildings. We have been very intentional on our path toward global expansion, and have thoughtfully identified these cities for their flourishing cultural scenes, passion for photography, and forward-thinking attitudes on the future of immersive art experiences. We are thrilled to meet our new neighbors and guests.”

A Thief Swiped a $70,000 Glass Sculpture From an Oklahoma Museum—Then Was Caught When He Returned to the Exhibition