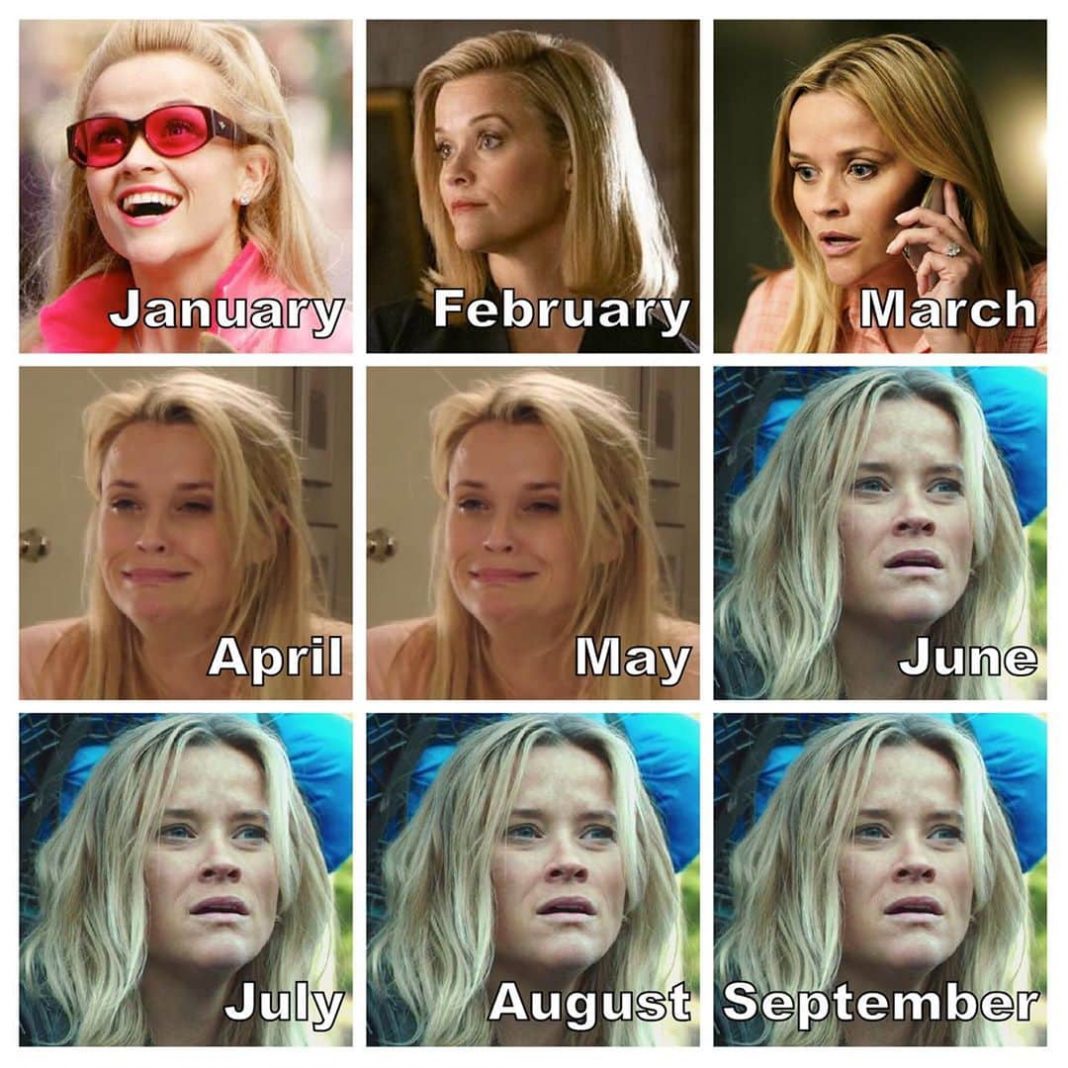 Only a little more than half of 2020 has passed, but it has already been filled with “incidents”. Of course, the emotions taking place in the world incidents cause so many emotions that they just burst out.
Actress Reese Witherspoon decided to share what the year 2020 was like for her. With the help of shots from films with her participation, she showed how her emotions were changing from January to August, and at the same time suggested what awaited her in September. And later, she was joined by her colleagues.

Reese Witherspoon launched a flash mob dedicated to the year 2020.

The actress posted a collage of her roles on Instagram, which describes her reaction to the past months and their events.

The other celebrities liked the idea, so they decided to join too.

Emotions are similar – in January and February, they are still happy that the year has just begun. But in March, the coronavirus pandemic is already beginning, so hopes are replaced by sadness and then longing and apathy from constantly sitting at home. Forecasts for September in these collages are not so encouraging either.

And Jennifer Garner went ahead and made a forecast for October, November and December – in her opinion, nothing good will happen there either.

We hope that the actress’s forecast will not come true, and in the next few months, everything will be fine!