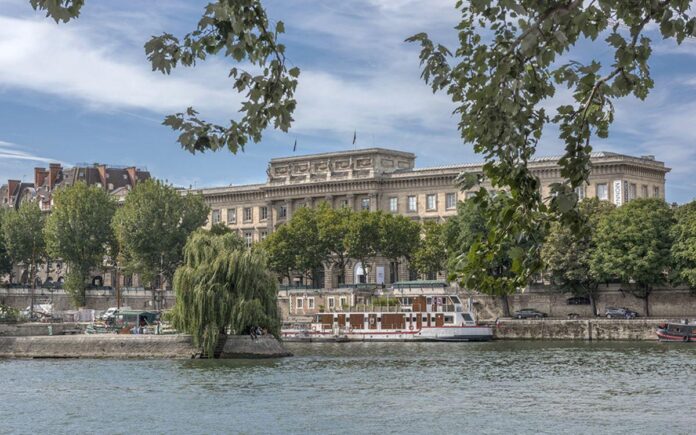 Asia Now Paris art fair (20 to 23 October) crosses the Seine this year, leaving behind its former residence within a private mansion in the 8th arrondissement for the Monnaie de Paris, an imposing riverside building that houses the world’s oldest continuously running mint.

“We were looking for a historic place with space. This move comes at a time when Paris is once again a focal point for the art trade,” says Alexandra Fain, founder and director of the event. This new setting—which is larger and closer to many key sites in the capital—allows the fair to capitalise on the effervescence created by the arrival of Art Basel’s inaugural Paris +. AS a result, Asia Now has now become “even more attractive, with many more requests for participation”, Fain says.

This year sees a much larger number of exhibitors, rising from around 40 in 2020 and 2021, to 75 this edition. Another 13 galleries, including Galleria Continua or König Galerie, will also take part through curated and public non-profit projects organised by the fair. This amounts to “88 galleries for the eighth edition—which is good for us, as eight is a lucky number in some Asian countries” Fain says.

After two years of pandemic uncertainty, five galleries from Hong Kong will be in attendance, including Alisan Fine Arts and Karin Weber Gallery. They join more than 30 newcomers, including the Parisian galleries frank elbaz, Loeve&Co and Mitterrand, the London gallery Richard Saltoun and Sokyo Lisbon. Also present are Hafez Gallery from Jeddah, Lorin Gallery from Los Angeles, Tehran’s O Gallery, Pygmalion Art Gallery from Kazakhstan and Gallery Kabinett and print bakery, both from Seoul.

The non-profit Asia Society has recently chosen Paris for its European branch, and the fair continues to use its extended definition of Asia, which encompasses the entire continent. This explains the presence of the Syrian contemporary scene—artists Youssef Abdelke, Fadi Yazigi, Abdullah Murad, Fatima El-Hajj will be presented by the Parisian gallery Mark Hachem. The Dubai-based Iranian artists Ramin and Rokni Haerizadeh will be shown by fabienne leclerc, and the Turkish artist Eser Gündüz will be presented by La La Lande gallery in Paris.