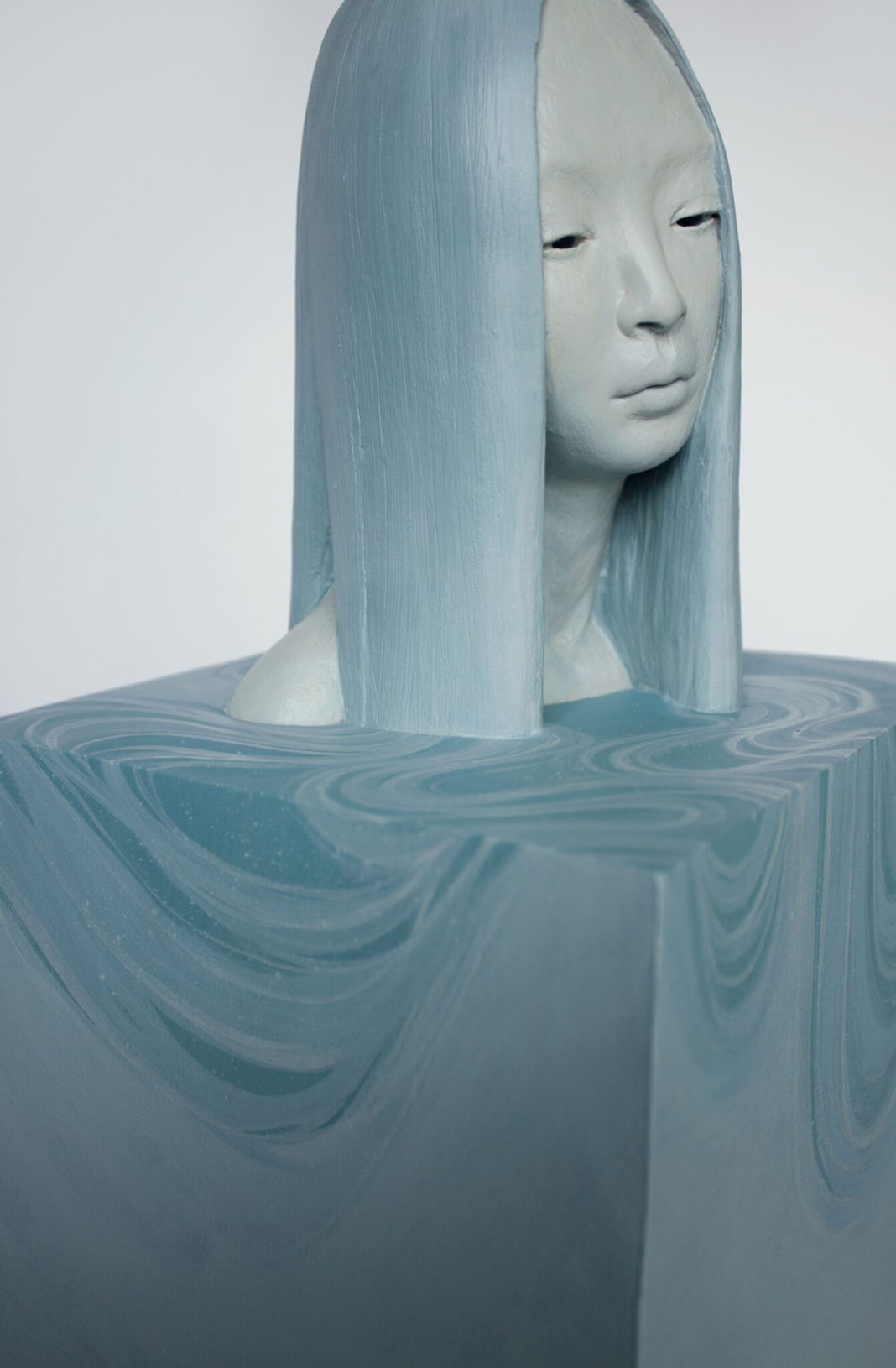 Toronto-based sculptor Gosia  constructs minimally-hued porcelain busts of contemplative female forms from a variety of materials, including ceramic, polymer gypsum, resin, and most recently, porcelain. Her very first experiment with the new medium is included in her current solo exhibition, Beneath the Surface, at Paradigm Gallery in Philadelphia. The work is an imperfect cast, a mistake which Gosia details in the text below. 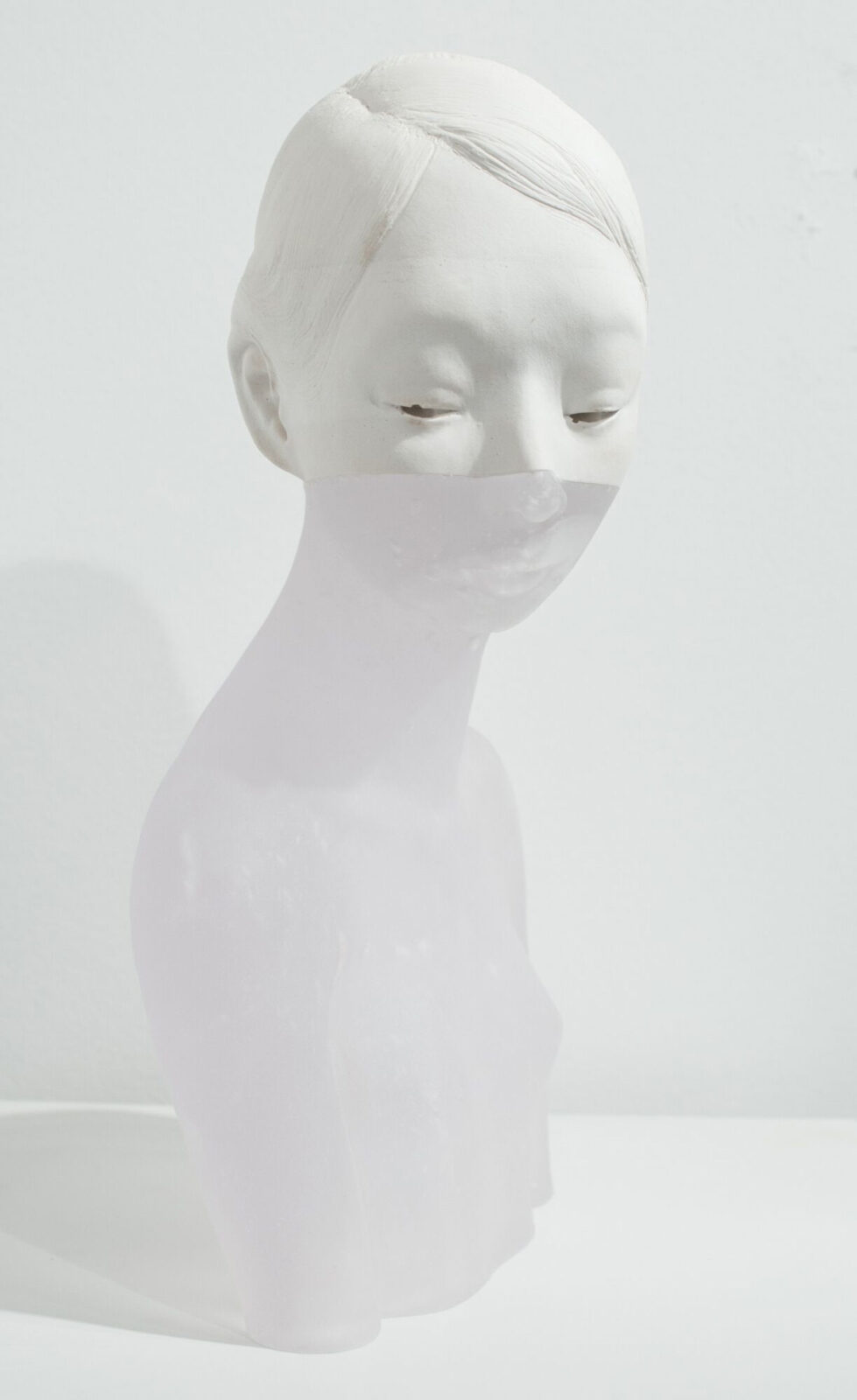 “Imperfect is one of those ‘happy accident’ pieces,” she explains. “My intention for it was completely different, but when it came out of the mold it had an indentation on the left side of the face… It made me think a lot about the world’s obsession (and my own) with perfection and what we might be missing because of it. It felt good to let go of control and for once let my art do its own thing.” 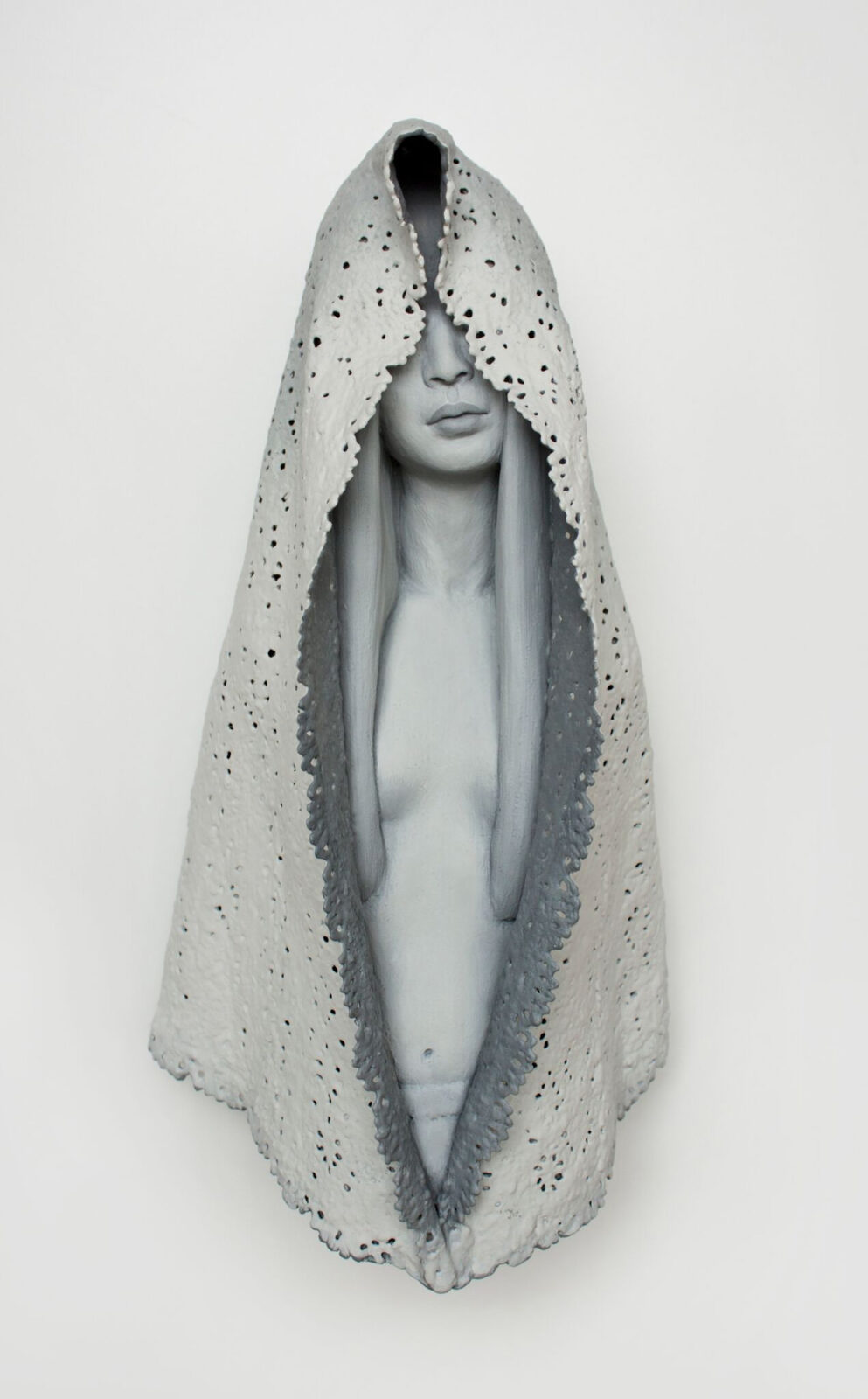 Other new works include Overflow, which features a female figure inside of an elongated cube. The subject’s long hair flows into the pedestal’s depths—a structure that seems to at once support and swallow the imbedded figure. Two other pieces are each titled Beneath the Surface, and were created with the combination of opaque and lucid materials. Translucent resin composes the bottom the sculptures’ faces to their nose, making it appear as if each have dipped partially underwater. 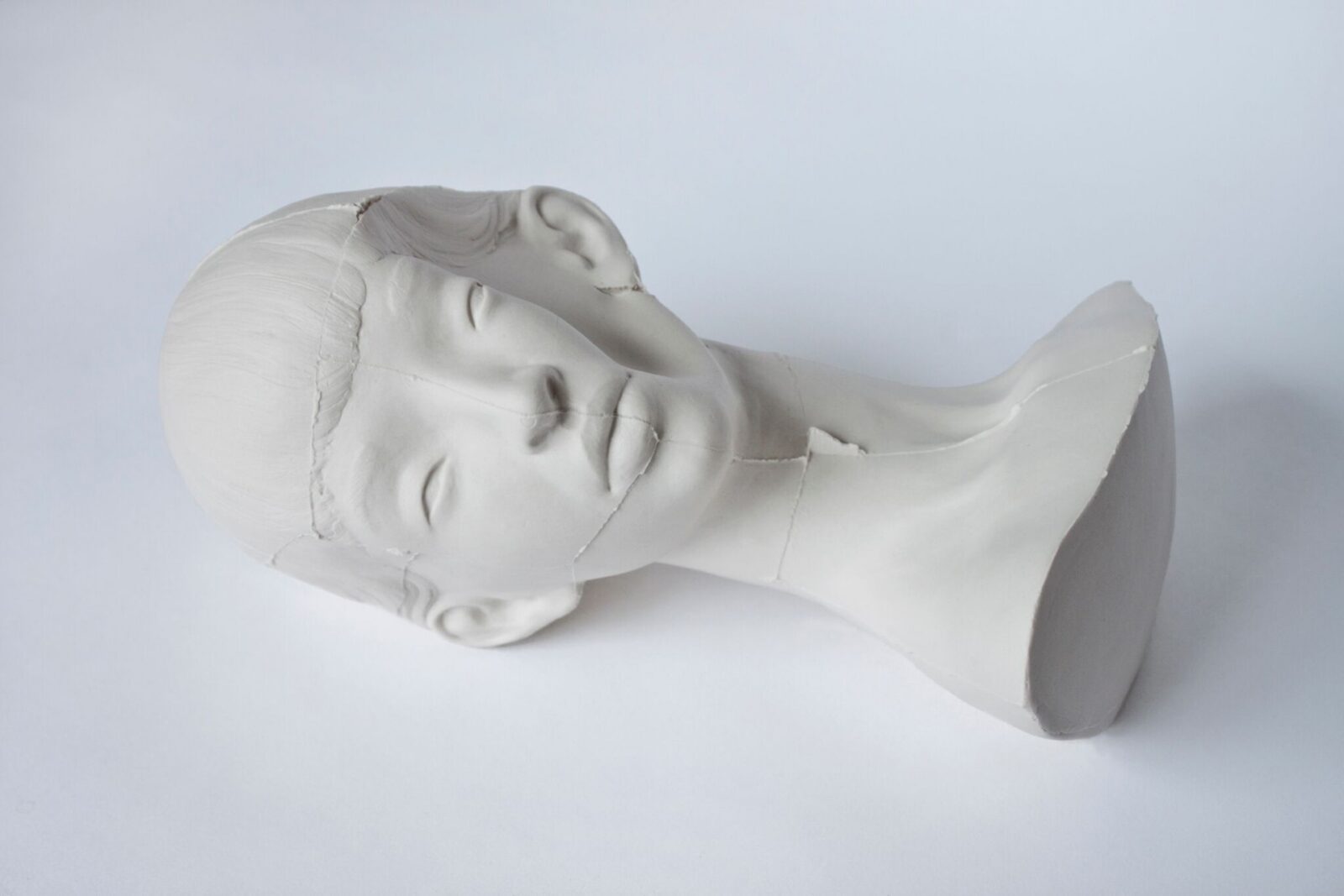 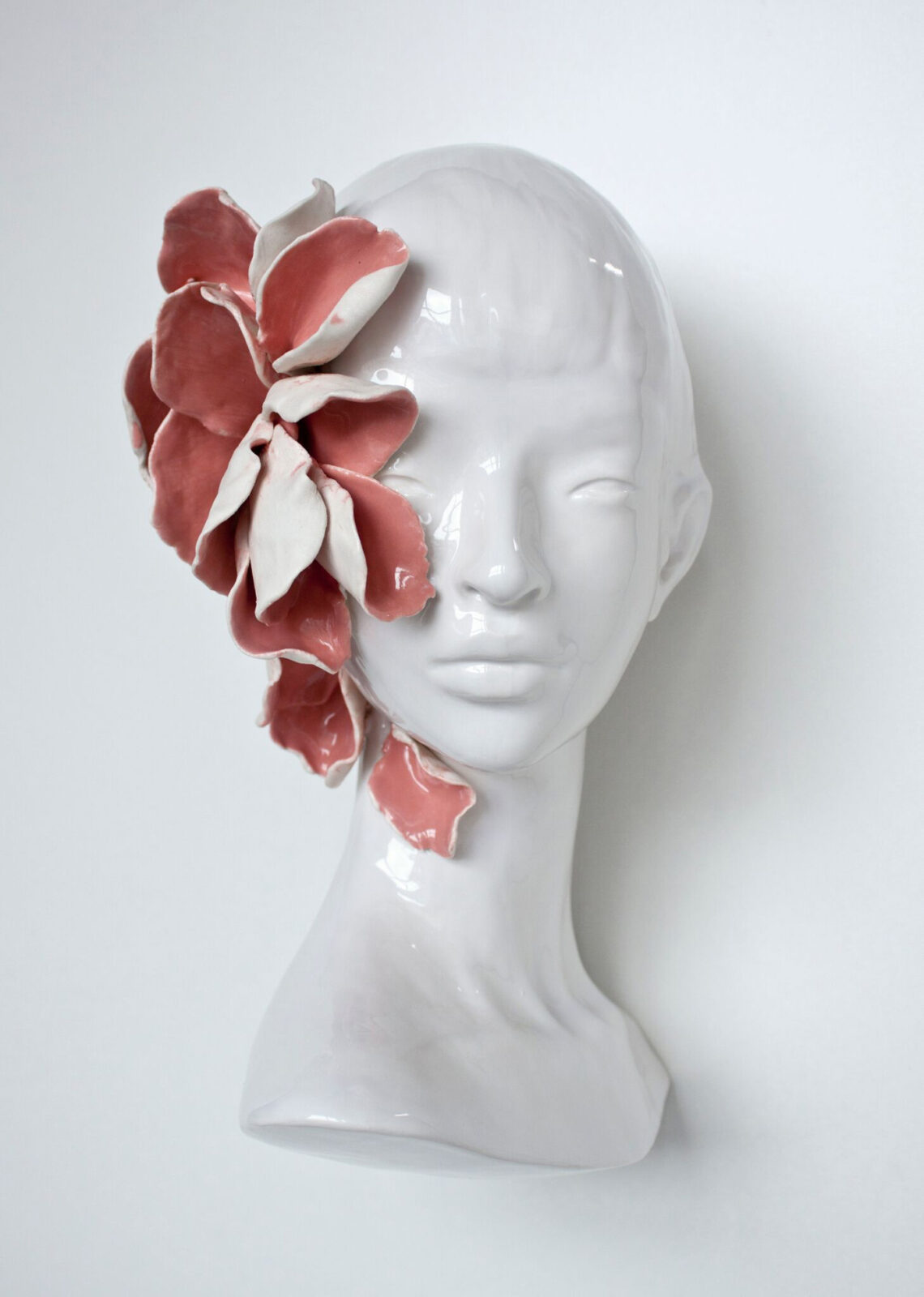 “Beneath the Surface” runs through June 16 at Paradigm Gallery. Gosia’s first European show, “The Windows of the Soul,” opened this past weekend at Dorothy Circus in London. You can see more of Gosia’s work on her website and Instagram.