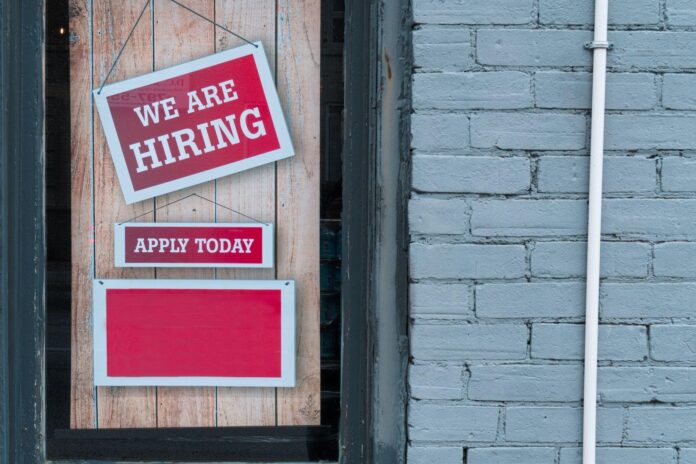 After a six-month postponement, New York City’s salary transparency law went into effect on 1 November. The law, which requires employers with four or more workers to post “good faith” salary ranges, is being celebrated by arts workers as a step forward in an industry steeped in systemic inequities and that is generally avoidant of financial discussions despite being powered by money. The amendment to New York City Human Rights Law applies to positions that can be performed in New York City, including work for companies based outside of the city, but it does not cover city-based employers who are advertising remote work outside the five boroughs. Companies who fail to comply will be guilty of “unlawful discriminatory practice” and may receive penalties up to $250,000 per violation.

Advocates of pay transparency have long argued that the practice works toward closing wage gaps, particularly for women and people of colour, and increases workers’ bargaining power. Failure to openly share salaries “was a way to keep you small, because you didn’t have full disclosure and empowerment to make salary advocacy for yourself,” says Kelsey Brow, president of the National Emerging Museum Professionals Network (NEMPN). “I also think it’s going to pressure companies, whether in the museum field or elsewhere, to really rethink their compensation policies and think about the ethics of employment.”

NEMPN, whose mission is to build a network for and support emerging museum professionals, is among the groups that have in recent years pushed for salary transparency in US museums through grassroots organising. In 2022, it launched a public database to which museum workers can submit salaries, roles and demographic information. That initiative grew out of the efforts of Art + Museum Transparency, a group of arts and museum workers that in 2019 launched an open spreadsheet on Google Docs for salary sharing. The collective effort made plain museum pay gaps that disproportionately impacted historically underrepresented groups and revealed significant income disparities between leadership and frontline workers.

Brow, who is also executive director of King Manor in Jamaica, New York, believes that one immediate impact of the law is that it will help people not waste time. Many museums tend to disclose salaries only after candidates submit applications, and during interview processes that are often demanding. In the long term, she hopes the law leads to higher workplace standards.

“I think particularly in the museum field, people are expected to care more about the mission and about their passion for the museum than about themselves and, you know, ‘trivial things like being able to pay the bills’,” she says. “People are kind of pressured into taking jobs with low salaries, especially when they get really excited about a position or know that it’s difficult to get a foot in the door. They may feel like they have to take this job, even though the salary isn’t correct.”

Many companies across industries have complied with the new law, but its “good faith” language is already being put to the test, with some businesses posting salaries with ranges so wide that they are useless. Technical glitches are contributing to some of this, such as one Citigroup posting that listed compensation between $0 and $100, but it may be difficult for enforcement officials to prove which listings were made in bad faith.

A review of current museum job listings on platforms such as LinkedIn and Indeed, where the law applies, found that art museums are generally posting salaries with clear ranges. Income gaps between top officials and other employees are immediately clear. At the Whitney Museum, for example, a director for people and culture would make $150,000 a year, and the executive coordinator to the director, $100,000 a year. An assistant to access and interpretation would make $48,000 a year; an on-call art handler $38.49 an hour; a curatorial project assistant for the 2024 Whitney Biennial $27.47 an hour and a visitor and member assistant $17 an hour. At the Metropolitan Museum of Art, a deputy chief development officer for research and strategic planning would make $115,000 to $125,000; an assistant curator of Egyptian art $72,000 to $75,000 and a security officer $16.50 an hour.

Stephanie Johnson-Cunningham, co-founder and executive director of Museum Hue, an organisation that advocates for people of colour in the art world, wants these numbers to motivate those in power to fight for their employees’ well being. “A lot of these museums have endowments, relationships with foundations,” she says. “They need to advocate more for their employees to make more. We see that directors are making hundreds of thousands of dollars. I’m not saying that they don’t deserve that, but the rest of the staff that keeps the museum operating should also receive a living wage.

“A larger conversation needs to be had around why arts professionals are paid such a wage, and why people think it’s okay to pay them so badly.”

Johnson-Cunningham says that the law will also reveal disparities in overall salaries between major museums and smaller ones, especially those run by people of colour. “Within POC arts entities, the salaries may be even smaller because of the inequitable funding stream that happens with public funding and also private funding,” she says. “We have to look critically about what causes the salaries to be so much less, because what these entities are suffering from is they’re losing talents of colour who first start within Black and POC arts entities. They’re first mentored and nurtured in these spaces, then because they can’t afford to keep them, they go off to the Met, Lincoln Center and so on.”

Museum Hue has tracked some of these disparities in funding through Hue Arts NYC, a project initiated with Hester Street and the Laundromat Project to amplify arts organisations led by people of colour. In addition to producing a map of these organisations, Hue Arts NYC is calling on Mayor Eric Adams to create a $100m fund to support these entities that it says “face persistent precarity” due to “a systemic, persistent, and cumulatively damaging underinvestment and disinvestment” in them.

Museum Hue has also created its own job listings board that requires employers in its more than 400 institutional-member network to post salaries. Jobs.Art, created by the publication Art Handler several years ago and used by major institutions around the country, has started encouraging salary transparency as well. In May, the platform added a salary field to its form for job advertisers, in anticipation of the implementation of New York City’s salary transparent law originally meant to occur that month.

“What we’ve noticed is that it’s not just New York employers filling in the salary range but other employers in different cities,” says founder Clynton Lowry. “Hopefully, more institutions will start posting on their own, but, of course, it’s better when they’re required to by law. In the future, if there’s a more widespread acceptance, we’ll probably introduce a search filter for the salary range.”

Lowry says he hopes that the law will give art handlers greater power in negotiating their pay or help them find the best jobs, since they don’t typically receive those numbers upfront. He also wonders what recourse art handlers may have in the event employers try to avoid compliance. “These companies are very small—they’re not massive companies with HR departments, and you’re not safeguarded with protocols,” he says. “There aren’t really any other protections for dealing with the consequences.”

Job seekers who find companies that fail to list salary ranges can call the City’s Commission on Human Rights (212-416-0197) or fill out a form. The business will then have 30 days from receiving a notice to update their postings before being subject to penalties.

The implementation of the New York City pay transparency law comes just two weeks before a new requirement by the American Alliance of Museums (AAM) for museums to post salaries for roles advertised on AAM’s job board. The move follows a campaign led by NEMPN, and amplified by Museums & Race and Museums Are Not Neutral, demanding AAM to require salary transparency. AAM had previously suggested salary transparency as an equitable hiring practice among its alliance of more than 4,000 institutions.

“It’s great, but also, it took so long for this to happen, especially with AAM,” says Brow. “It’s like, this isn’t really that hard of a concept, guys. I feel like they’re patting themselves on the back, when they should be kind of embarrassed that they didn’t do this before.”

How the UAE art scene has innovated during the pandemic