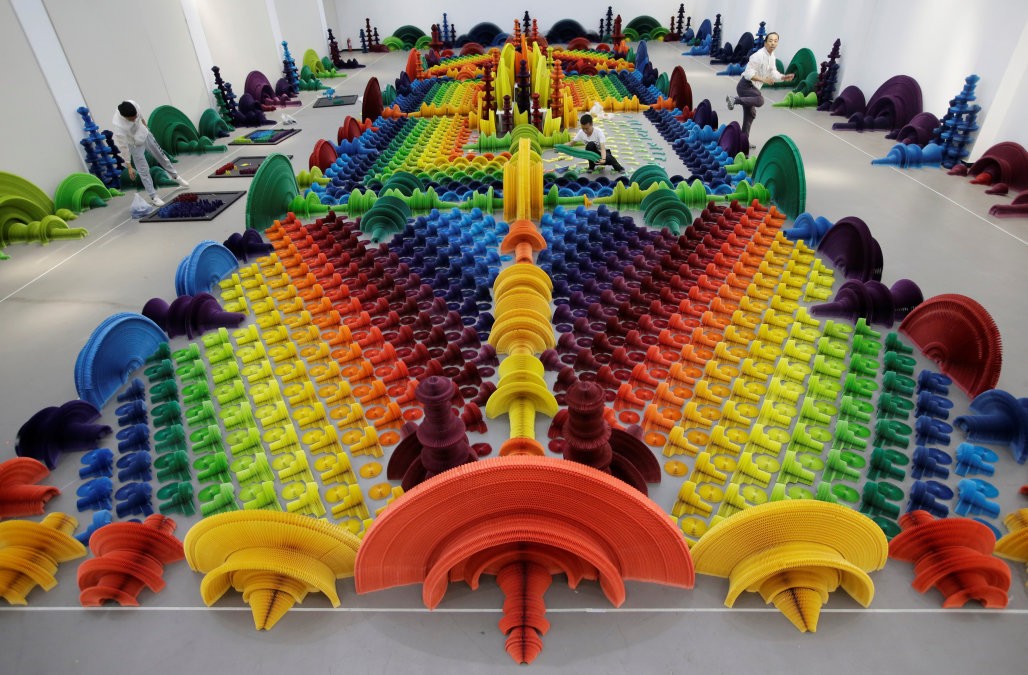 Li Hongbo was born in Jilin, China, in 1974. He earned his Bachelor of Fine Arts from Jilin Normal University, Jilin, China, in 1996. He then earned his first MFA in 2002 from the Folk Art Department of the Central Academy of Fine Arts in Beijing and concluded his formal education with a second MFA from the Experimental Art Department of the same school, in 2010.

Li Hongbo is best known for his interpretations of paper. His reinvention of the material’s form challenges viewers’ expectations of the medium as an artistic vehicle. Utilizing an age-old honeycomb technique seen in paper gourd making in China, Li creates kinetic paper works which elegantly expand, contract, and retract. These sculptures hint at influences of folk traditions in China, but in contemporary light play upon perceptions and the visual language of a mercurial medium that has stood the test of time. 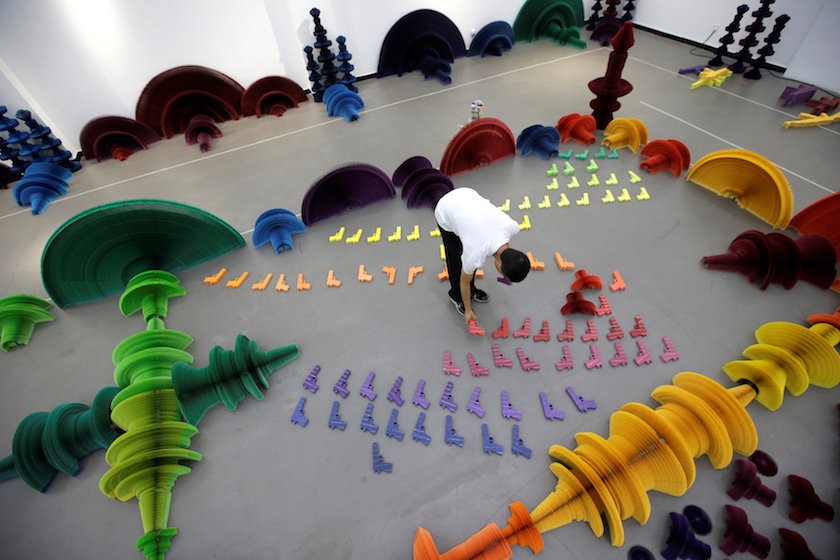 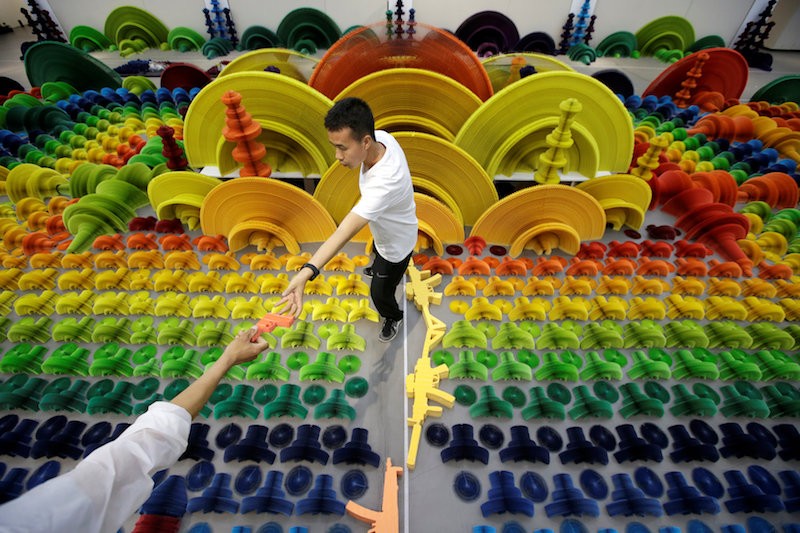 Almost two thousand years ago, the Chinese dignitary Cai Lun invented the paper. And since then it has become one of the main materials used by mankind for creativity. On it appear the works of great poets and prose writers, the artists put on it neat strokes, which then turn into elegant paintings; in the end, without the invention of Tsai Lunya it would be impossible to art origami! 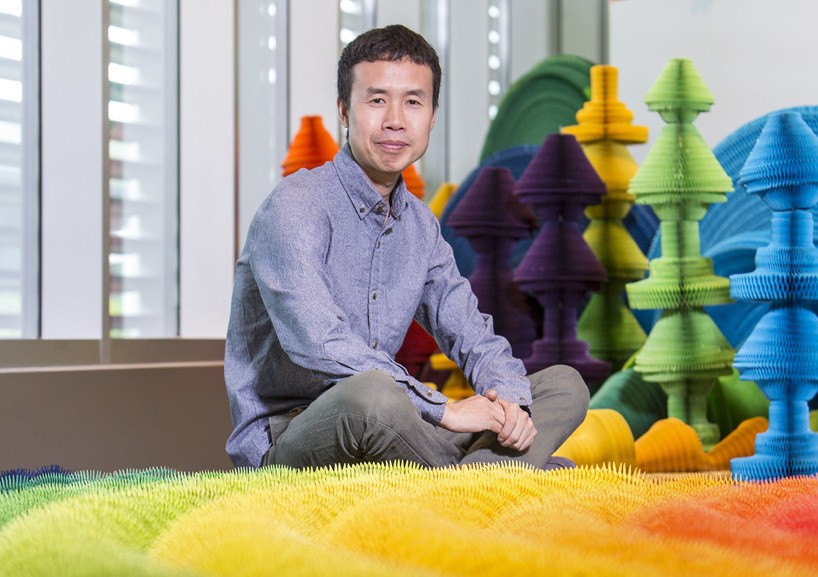 It would seem that the potential of the material is exhausted … NO! Editor and book designer Li Hongbo (Li Hongbo) creates amazing sculptures with the help of ordinary wrapping paper. Thousands and thousands of sheets are glued together, cut out and superimposed on each other. Afterwards, the usual tools of the sculptor come into play, with the help of which the necessary form is given to the strata. 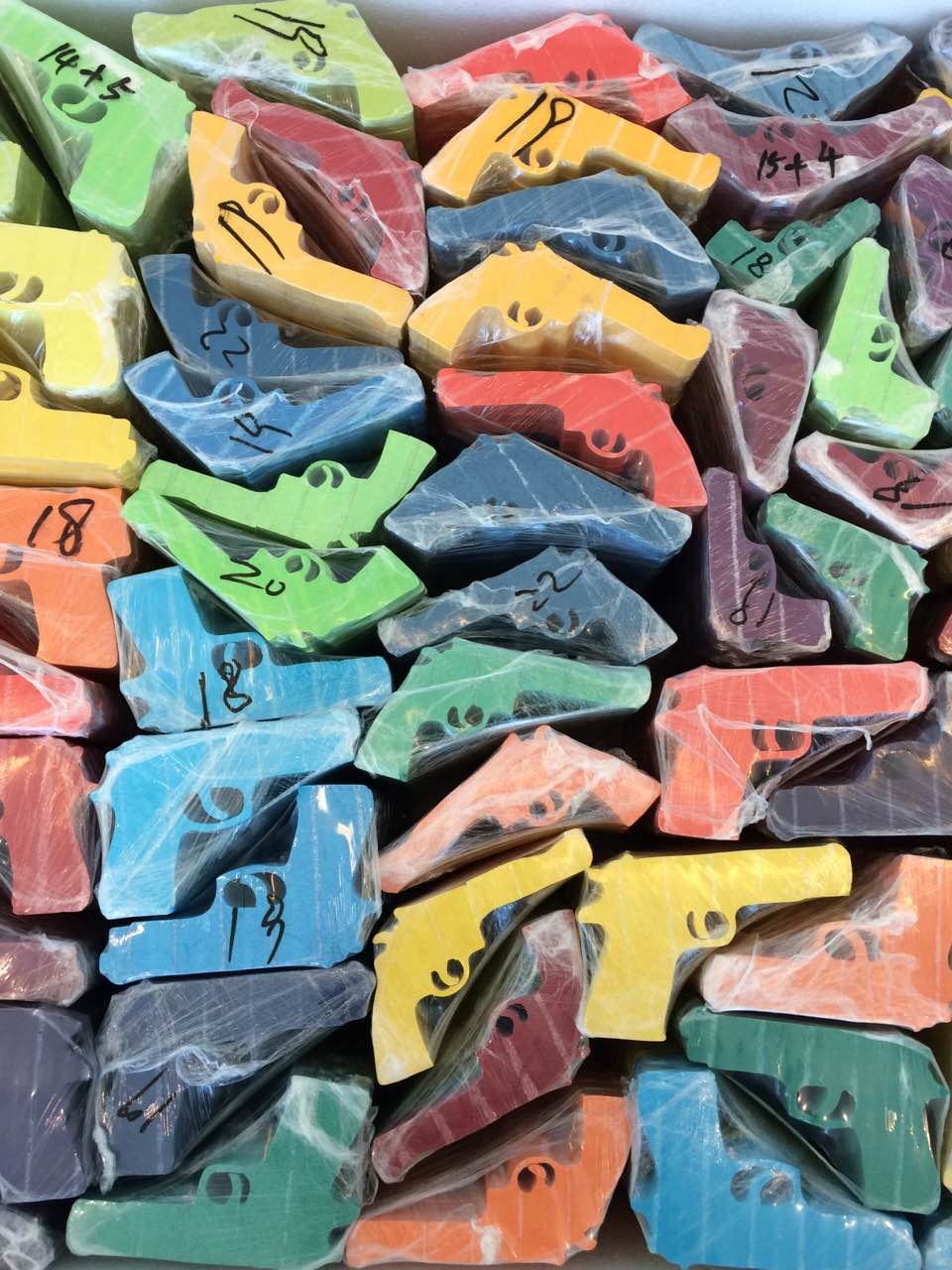 This is achieved with the help of a special ancient Chinese technology, which was used to create the famous Chinese lanterns. Li Hongbo developed this technique, slightly changing the method, and achieved such an unusual effect. 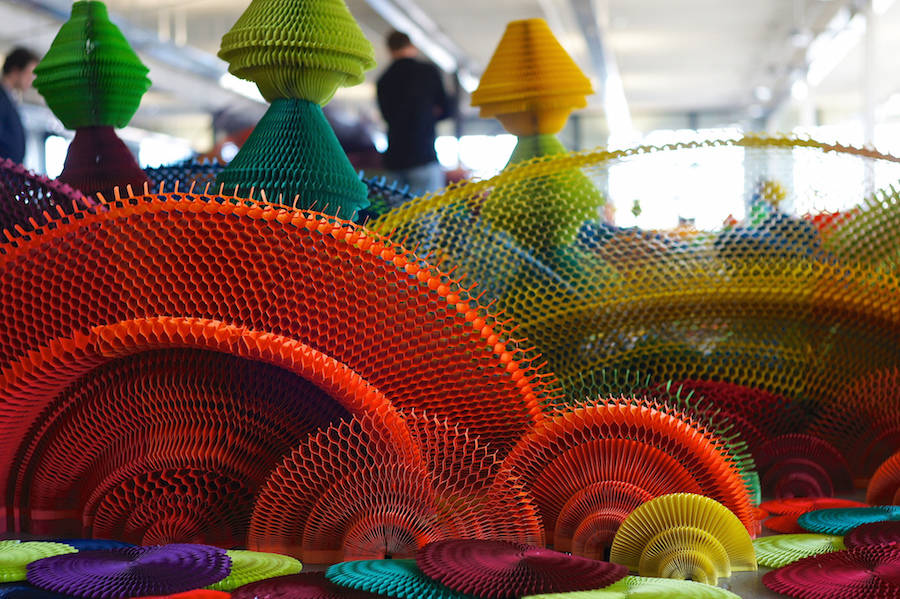 As a basis, the artist took the technique of creating ball-honeycombs: thin paper glued together in the form of honeycombs. Thus, building up layers, you get an “accordion” of absolutely any length. The author does not disclose the nuances of his own developments. It is only known that Li Hongbo uses special rubber glue to create such texture. A detailed study of the characteristics of paper, its texture and properties found the artist while working as an editor. Even then he came up with his first “toy” – a gun. It would seem, a formidable weapon of murder, but a moment – and in your hands there is an elegant ornament. Over time, the usual hobby turned into a lifelong business, which brought the author extraordinary popularity. 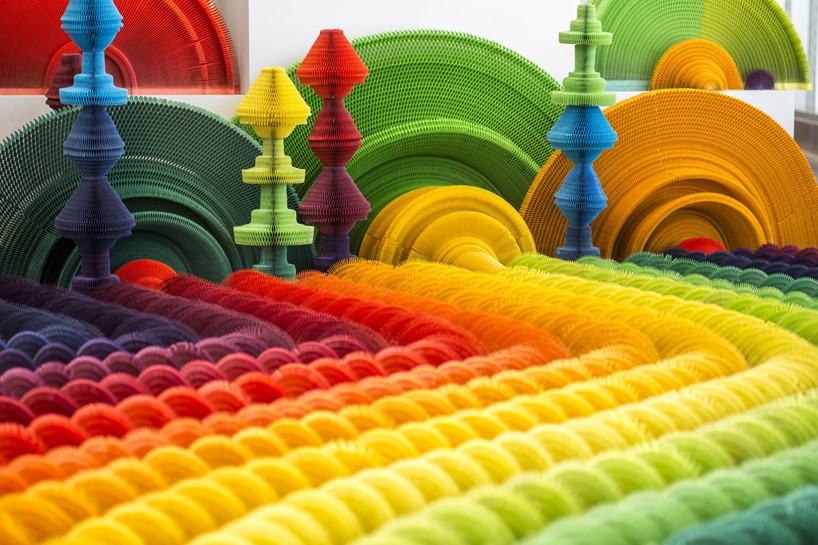 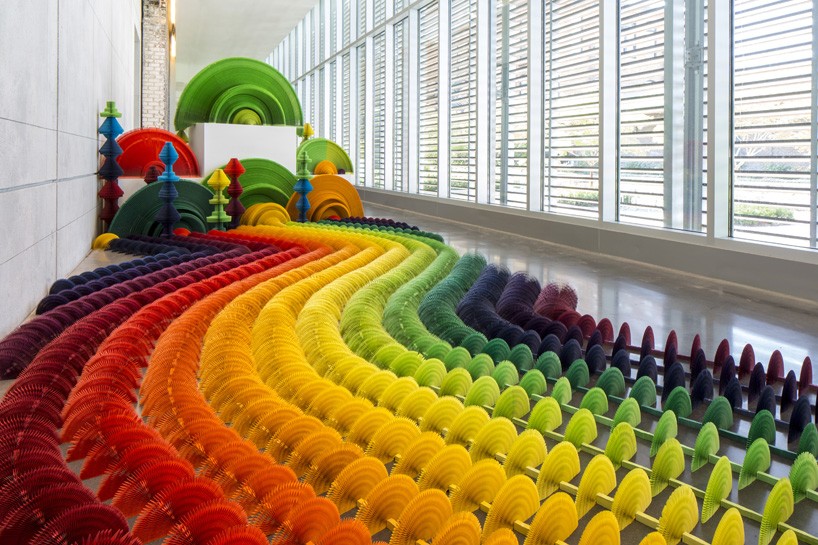 Each new work generates bipolar feedback. In some, these creations cause disgust and misunderstanding, others – admiration for the boundless imagination of a Peking artist. During the exhibitions that take place around the world, everyone can get acquainted with the work of Lee. Touching the sculptures is forbidden (for obvious reasons), so the exhibition staff independently stretches some objects, giving them unnatural volume for the human eye. 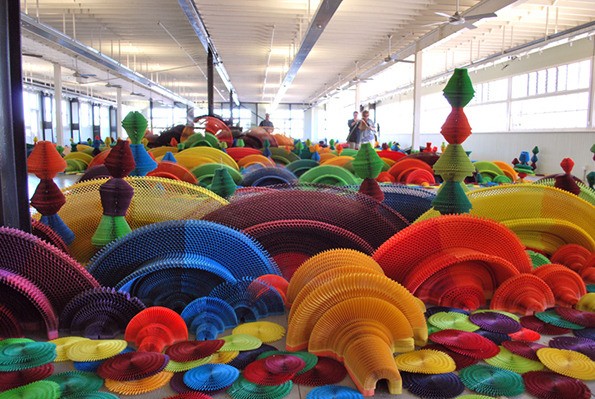 “In fact, people have a fixed view of the forms of man. Therefore, when you come across something unusual, you begin to reconsider the nature of the objects. This is exactly what excites me,” – the artist shared his thoughts. 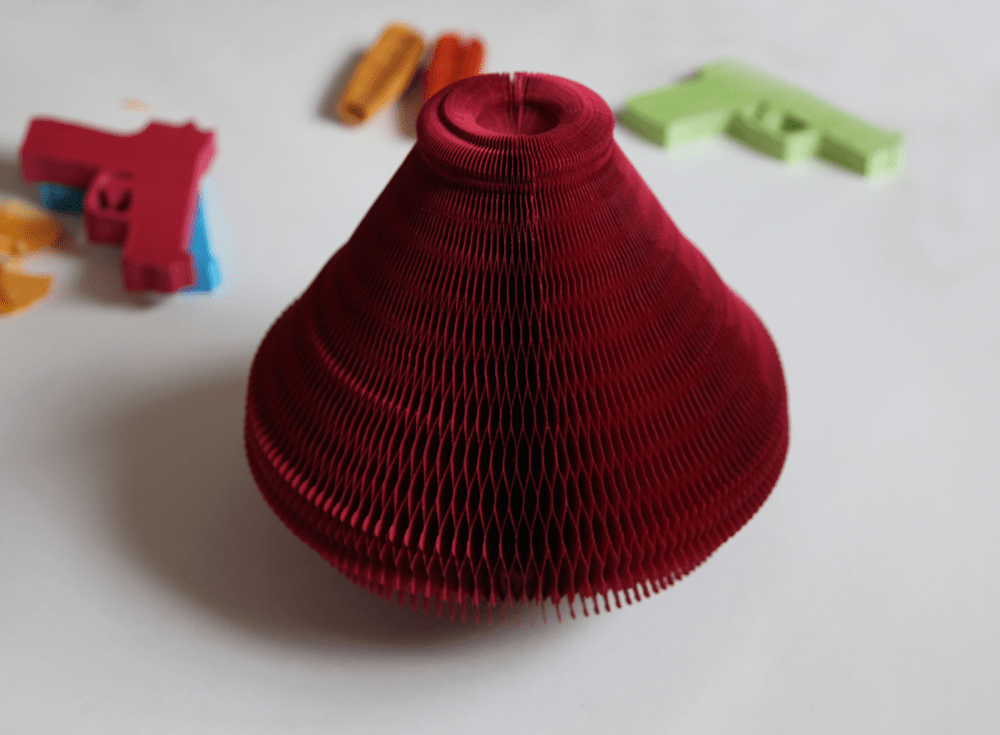 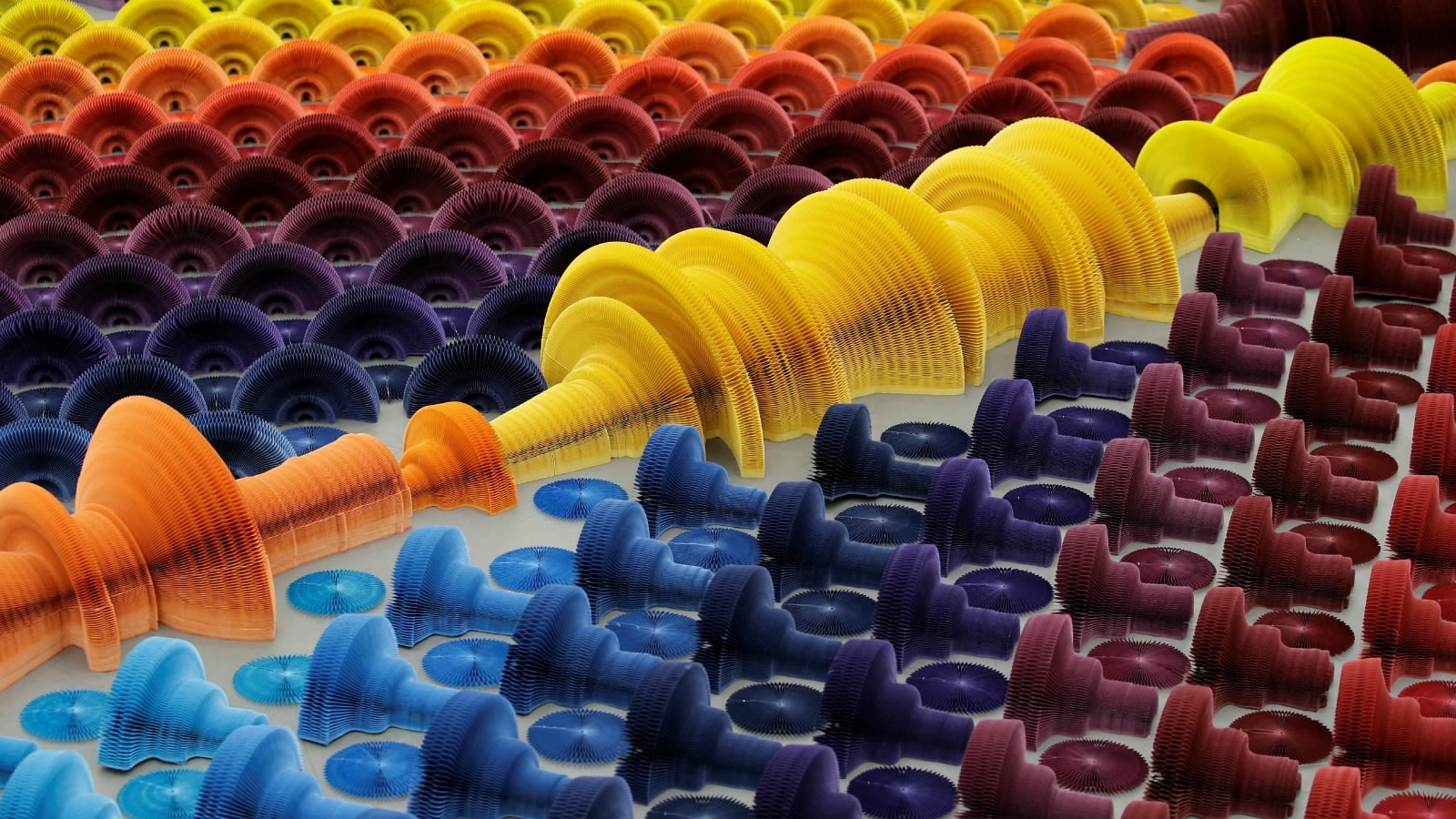 And, probably, he is in something right. In an age of information that makes people live and think cliches, not many can afford the luxury of lengthy reflections. A flexible sculpture, breaking all possible and impossible patterns, weigh a non-illusory kick to the mind, forcing it to think more widely. Like ribbon worms biting into the flesh of the mortal world, flexible sculptures burst into the art space. Twisting, deforming and taking unimaginable poses, they supplant more traditional installations that live out their time in museums and at “warehouse” exhibitions. 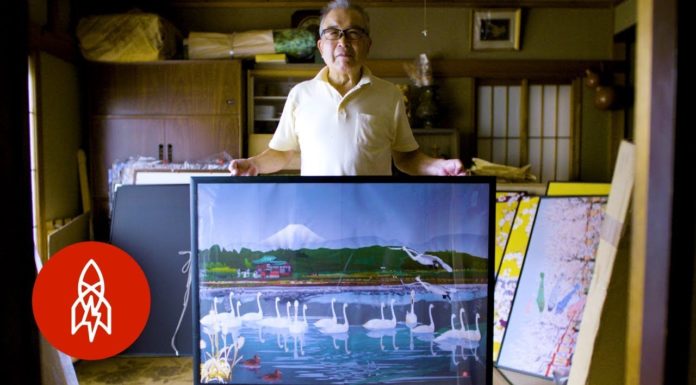 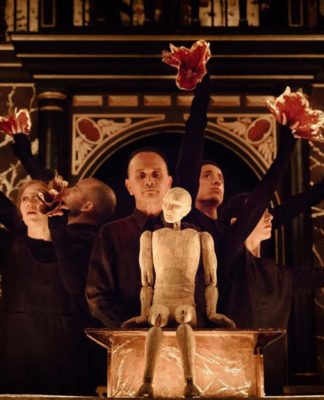 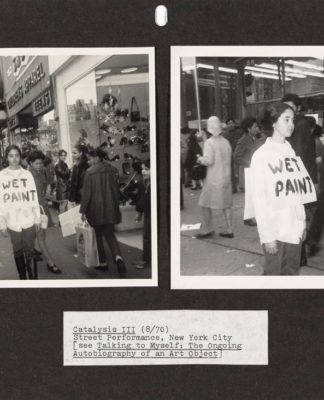 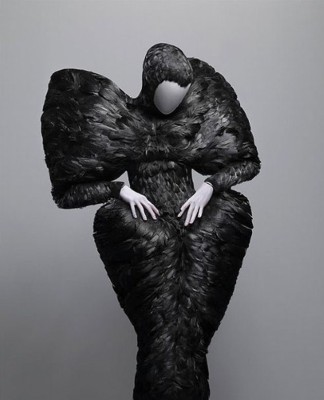