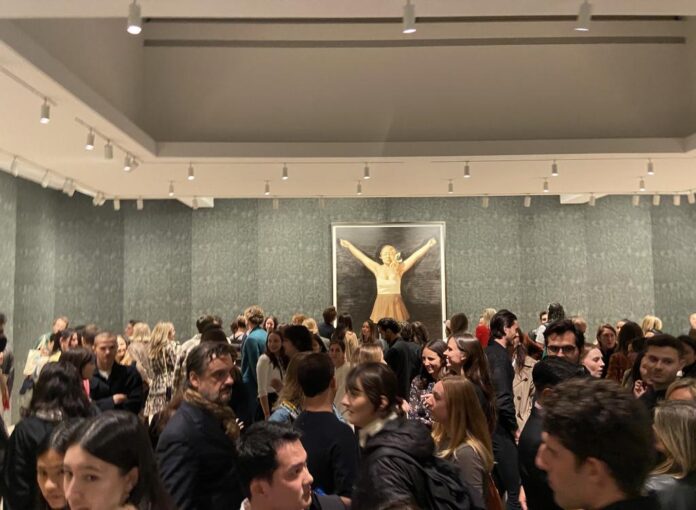 THE PRICE OF BUYIN’ WEYANTS

Remember a few weeks ago, when I compared myself to a fly buzzing around Larry Gagosian’s ear? Well, team Gago had better call David Cronenberg if they want to clip my wings; I was on my worst behavior at Anna Weyant’s debut solo show with Gagosian last night. Buzz buzz, baby.

At 980 Madison, the air was thick with the intoxicating aroma of gossip that follows the Canadian painter seemingly wherever she goes (and the rumors were the only intoxicating substance being served at the opening—no need for champagne socialites when there are, ahem “at least five billionaires” in the room, per one source). One deep inhale into the evening, and my head was spinning with information about who has access to what works, who put their paintings up for auction next week, who’s sleeping with whom, and, sadly, a bevvy of misogynist comments about whether she deserves this platform. (She’s young, but might I remind you all that Tyler Mitchell, another artist who got his first outing at Gagosian this fall, is also 27 years old? And she may well be dating Larry but hello, who’s to say both partners in a relationship can’t be supremely talented? Jane Birkin and Serge Gainsbourg, anyone?)

Between jostles no question was asked more often than: how much? Indeed, no one seemed exactly sure what the primary prices were for the seven paintings and ten drawings in the show. Before opening there was talk that none other than Larry himself knew the answer to the question, which was raised several times among a crowd that included Dasha Zhukova, Marc Jacobs, Tali Lennox, Emma Stern, and of course, the three muses for the evening, Sophie Cohen, Eileen Kelly, and Serena Williams, posing in front of their likenesses. 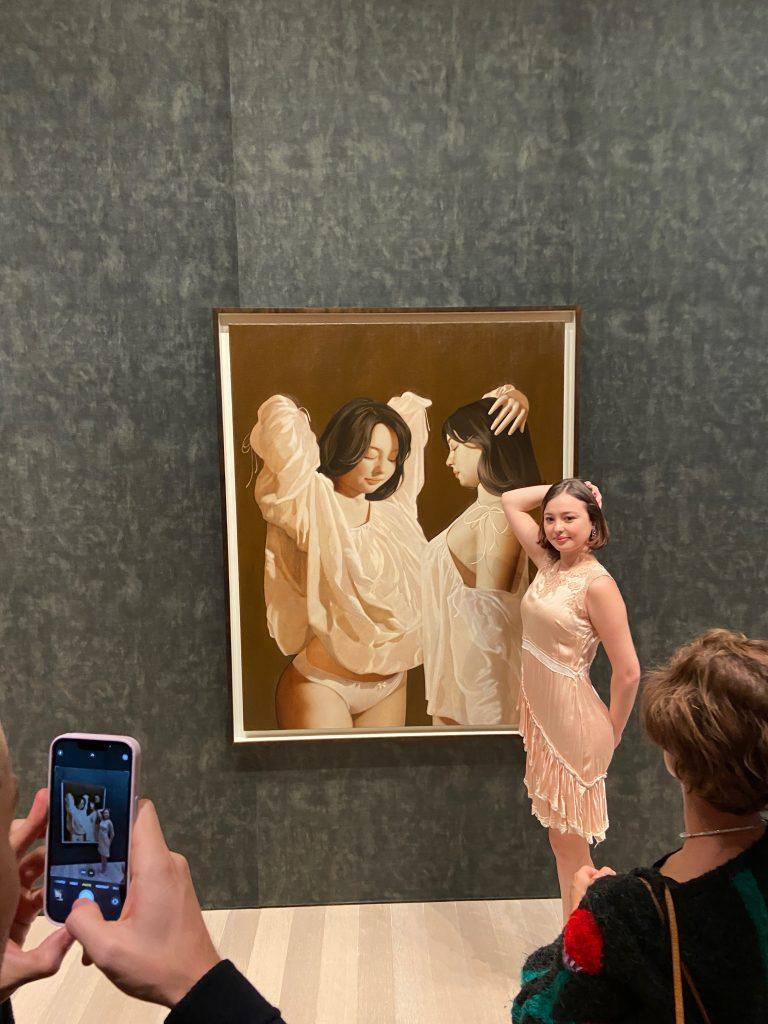 Wet Paint loves a good mystery. Of course, we all know where Weyant’s secondary market prices after her $1.6 million record was set at Sotheby’s in May. Privately, I happen to know that Weyant’s painting Bum (2020) was being shopped around for $950,000 earlier this year. (The piece is consigned to Phillips next week for their 20th century and contemporary art evening sale with an estimate of $200,000 to $300,000, which I imagine will be pretty quickly torpedoed.)

Compared to the $$$ estimates for her works going up at auction this month across all houses, the primary prices feel like a steal, (though, who am I to recognize a steal? I was stupid enough to not snag a $450 work on paper by Weyant at a fair in the Hamptons a few years back). At Christie’s 21st century evening sale, her piece Loose Screw (2020) is estimated to sell between $300,000 to $500,000, and Girl Crying at a Party (2021) is up for grabs at Sotheby’s for $250,000 to $350,000. It’s a pretty safe assumption that these estimates will be tripled by the time the hammers come down, so anyone in good graces enough for primary access is likely thanking their lucky stars. 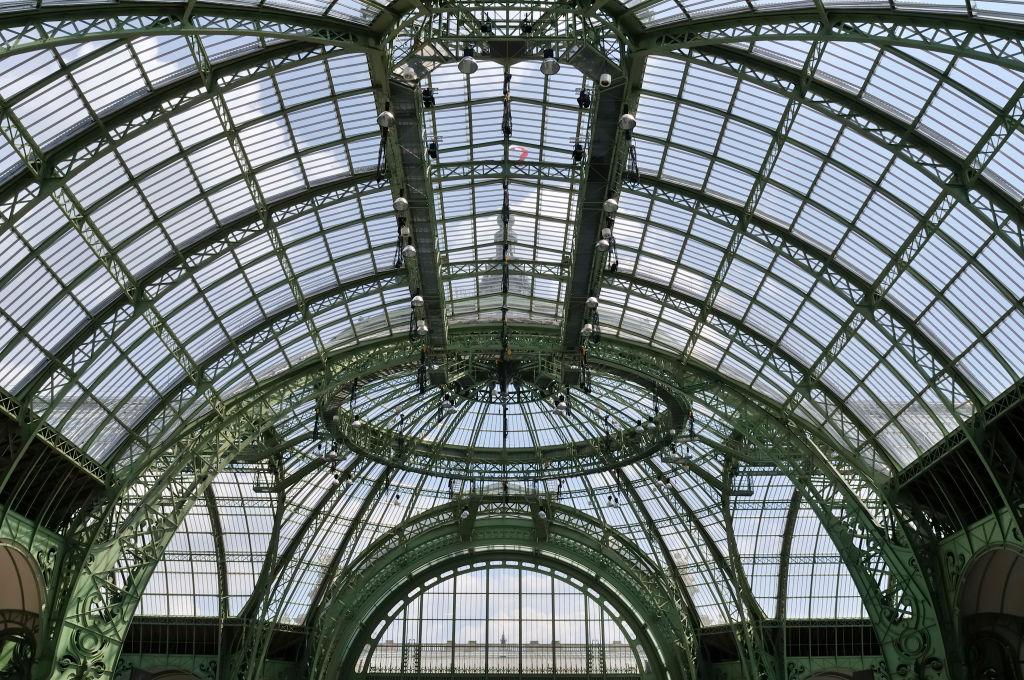 We all miss the Grand Palais… but down with the glass ceilings in the art world already. (Photo by Viennaslide/Construction Photography/Avalon/Getty Images).

This Tuesday, a new law in New York City went into effect decreeing that all job postings must publicly list the corresponding salary, which is being positioned as a major step towards righting patterns of pay disparity between genders and races. The law is currently in effect in the city, and similar legislation has been passed for New York state, its implementation just awaiting a John Hancock from governor Kathy Hochul.

I have to laugh when I think about certain arts professionals hearing this news. Our world is famously annoying, strange and even morally reprehensible when it comes to transparency with money. Once the law went into effect, I was pretty shocked that the website for NYFA (the New York Foundation for the Arts, which posts relevant job classifieds) was still up and running—I could have plausibly believed someone would have paid to crash it.

But no, there were numbers galore. The first posting to catch my eye is for a gallery assistant job at Vito Schnabel Gallery, which lists a salary range of $45,000 to $50,000 (Not that bad for an entry level position. Still, average rent in New York City is more $2,000). But it’s a bit bleak to see that a listing for a position at Lonti Ebers’s art organization Amant pays a similar yearly rate of $55,000 for an “experienced” role as their design and communications coordinator.

While there are some outliers—a gallery manager at 303 Gallery could earn up to $85,000, which is 85,000 percent more than what a spring intern would earn at the Rubin Museum of Art—most jobs listed write that their rates are in the general frame of between $50k and $60k. At the top end of that spectrum is a position at the Robert Rauschenberg Foundation as a researcher on their catalogue raisonné team for $55,000 to $65,000 per year, which, just for the sake of comparison, is about 0.03 percent of what one of his paintings sold for at Frieze London this year (there is also nary a mention of any healthcare benefits in the posting). The unionized Metropolitan Museum of Art pays their security officers just above minimum wage at $16.50/hour as a starting rate, which is pretty lean considering how many rogue children I imagine attempt to From-The-Mixed-Up-Files-of-Mrs.-Basil-E-Frankweiler the place on a daily basis.

On the more optimistic side, I was pleased to see that Dia pays their guides a whopping $110 per hour, and even pays $25 per hour for them to do the corresponding research and reading that the highly cerebral position requires. Even better, it’s listed that they encourage artists to apply for the part-time role, which would be a pretty sweet deal to support a studio practice, I’d think.

Still though, I didn’t see a single job listing in my research that cracked over six figures. So, to put it in industry terms, most of these positions aren’t even consignable to the day auctions. Better try FinTech if you’d like to collect one day. (BRB I’m going to go and ask for a raise—and I encourage all of you to do the same!) 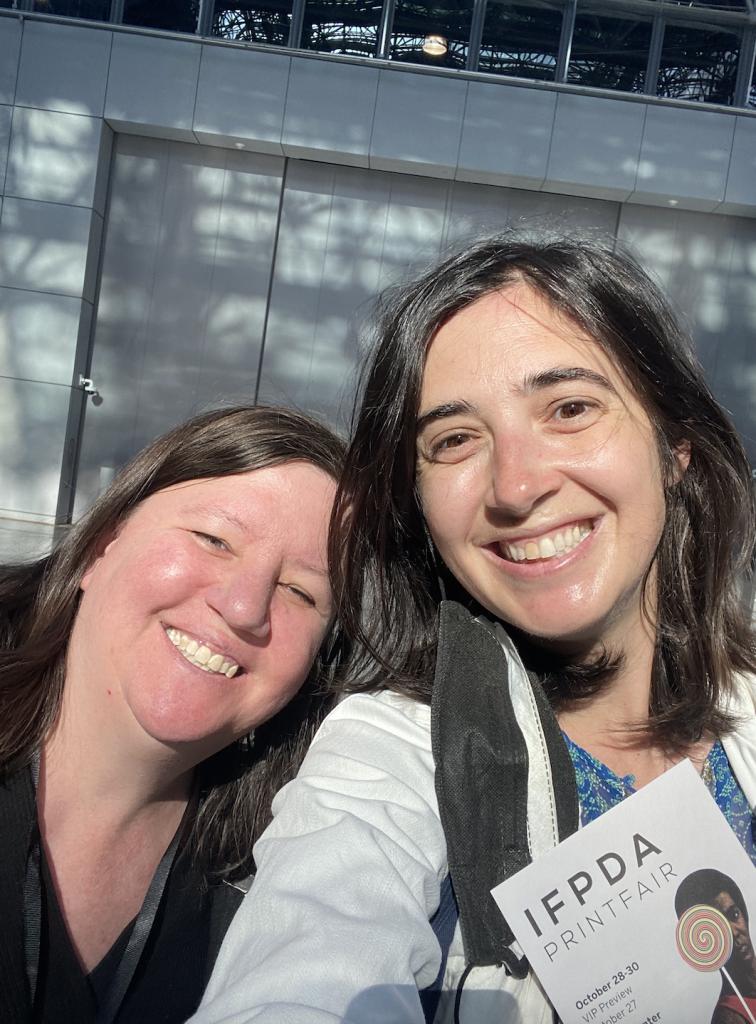 Tricia from Nathan Fielder’s “The Rehearsal” handed a fair guide to Sarah Cascone at IFPDA.

Kanye West’s wax doll has been removed from Madame Tussaud’s in London… The Bronx Museum is planning a $26 million renovation, slated for completion in 2025… Jeremy O. Harris was proposed to at the Crystal Bridges Museum of Art between a Kehinde Wiley piece and an Amy Sherald painting (congrats, Jeremy!)…According to her Perfectly Imperfect essay, Anna Delvey houses “Marguerite Wibaux sculpture installation on top of my stove with Mara Catalan and Graham Fortgang prints as a backdrop” in her East Village apartment, where she remains on house arrest, ordering take-out from Lucien***Al Freeman Jr’s opening at 56 Henry came complete with Popeye’s chicken biscuits and Campari sodas on tap…James Fuentes has picked up representation of choreographer Geoffrey Holder’s estate, beginning with a show curated by Hilton Als… “Trish The Dish” from Nathan Fielder’s “The Rehearsal” is an employee at IFPDA this week, handing out brochures, per my colleague Sarah Cascone…

Klaus Biesenbach and Michael Stipe sharing a soda pop after Klaus taught Michael how to ride an electric scooter through the streets of Paris  (I think Frank O’Hara has a poem about this?)***The New York Academy of Art’s annual “Take Home A Nude” was this week and honored Tracey Emin, and Warhol historian Bob Colacello, actor Ebon Moss-Bachrach, Eileen Guggenheim, Gary Indiana, Shelly Fremont, and Zoe Buckman***Speaking of the Fremont family, Casey threw a dinner in Soho this week for Leatherology, and well-heeled art world luminaries such as Hiba Shahbaz, Hannah Traore, Sheree Hovsepian, and Christine Messineo all came to sip champagne***No-wave legend Lydia Lunch did a reading at The River alongside Annie Hamilton and artist Matt Starr***Michelle Obama apparently had an art-filled week last week, dropping by the Studio Museum in Harlem’s annual gala and going on a bit of a Chelsea crawl, stopping in at Jack Shainman and Nicola Vassel Gallery, flanked by security***My gnarliest hangover of all Halloween-weekend came from Max Levai’s birthday party at Straylight in Chinatown, and I wonder if Lucas Zwirner, Annabelle Dexter-Jones, Alex Shulan, and Dean Kissick, among others, felt the same way***

Last week I asked who in the art world throws the best Halloween parties, and while my answer would have to be Oliver Clegg and Michael Nevin‘s cat party last year, which I wish they would recreate for this year. However, it seems also that Ivy Getty may take the cake for best Halloween party this time around, as her party at Chapel Bar last night attracted quite the spectacle.

My next question: What is your best guess as to where Marc Spiegler might land post-Art Basel? Email your answer to [email protected]

Could JPG Become the Tumblr of the NFT Space?