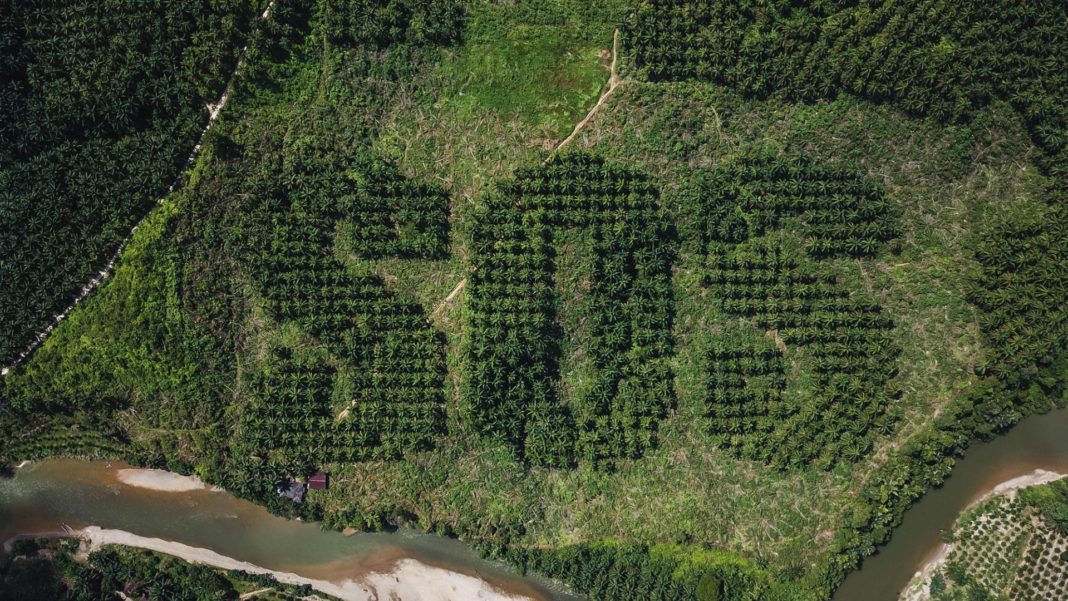 Indonesia is the world’s largest exporter of palm oil, the harvesting of which has been shown to have extremely adverse effects on wildlife and natural resources, including deforestation, fires, and the displacement of people and animals. Lithuanian artist Ernest Zacharevic witnessed this devastation during his time spent photographing and traveling throughout the country, and decided to found the initiative Splash and Burn to spread public awareness about the resource’s inhumane production. 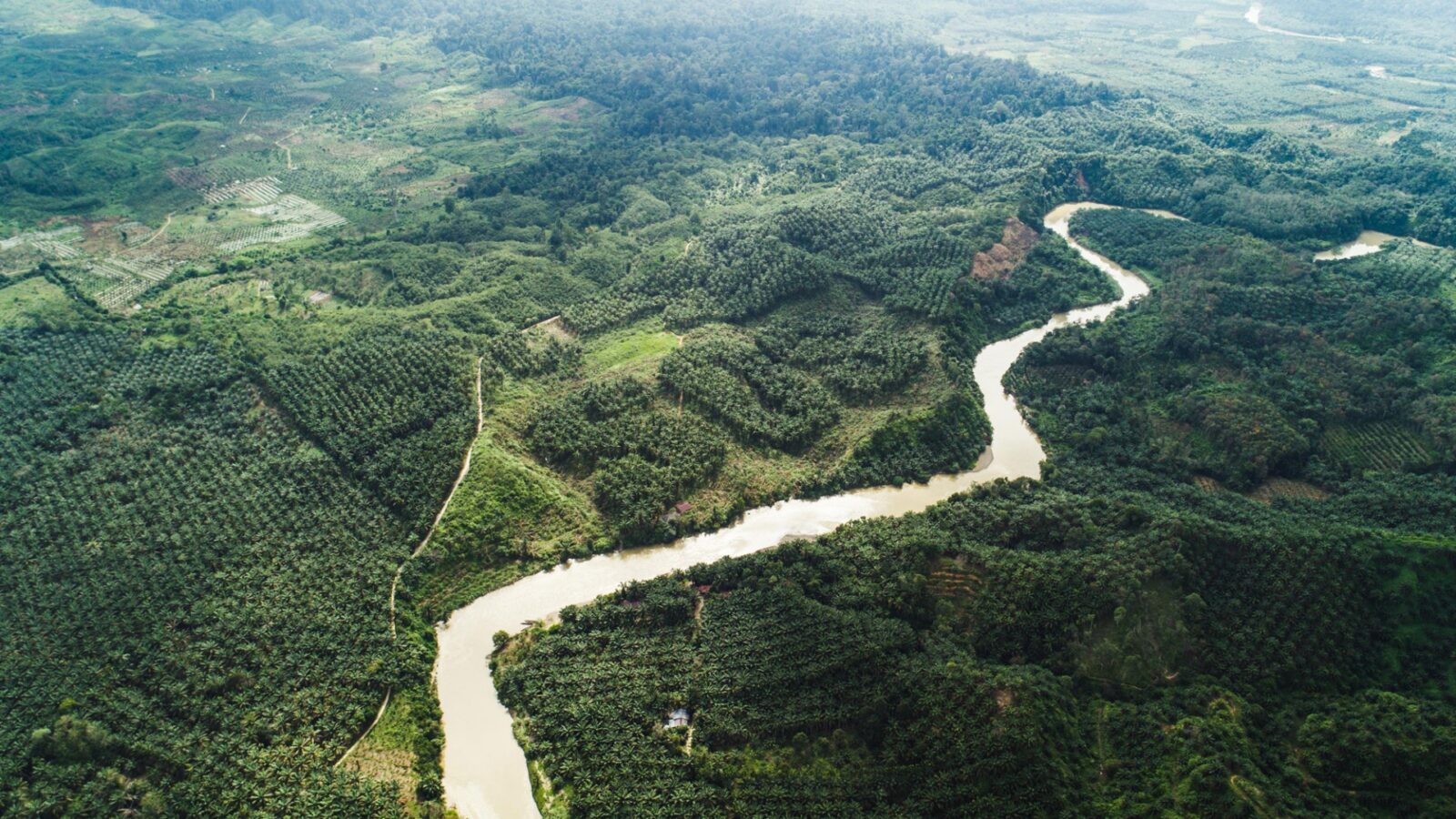 “A state of global environmental crisis is defining our generation,” Zacharevic told. “As consumers, we are so disconnected from the source of our commodities that we do not recognize the impact of our daily choices. This project is an effort to bridge that gap.” 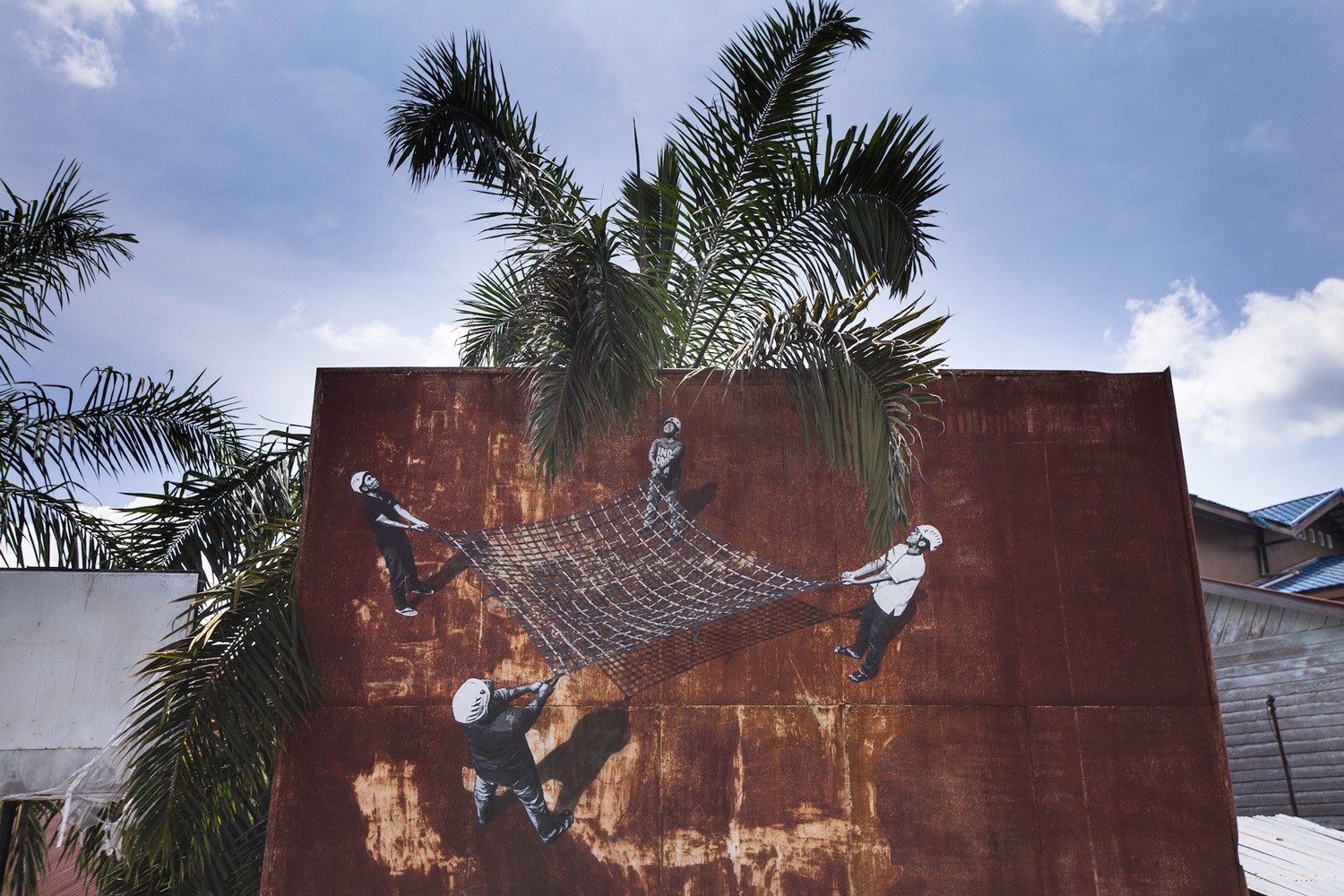 The organization’s name comes from slash-and-burn, the cheap practice of burning land to clear the way for new plantations, a method that releases toxic smoke, and has been linked to more than 500,000 respiratory infections. For two years Zacharevic researched these issues effecting Indonesia’s population, meeting with NGOs, locals, and wildlife sites to educate himself on the organizations fighting against the practices and attempting to heal from their destruction. 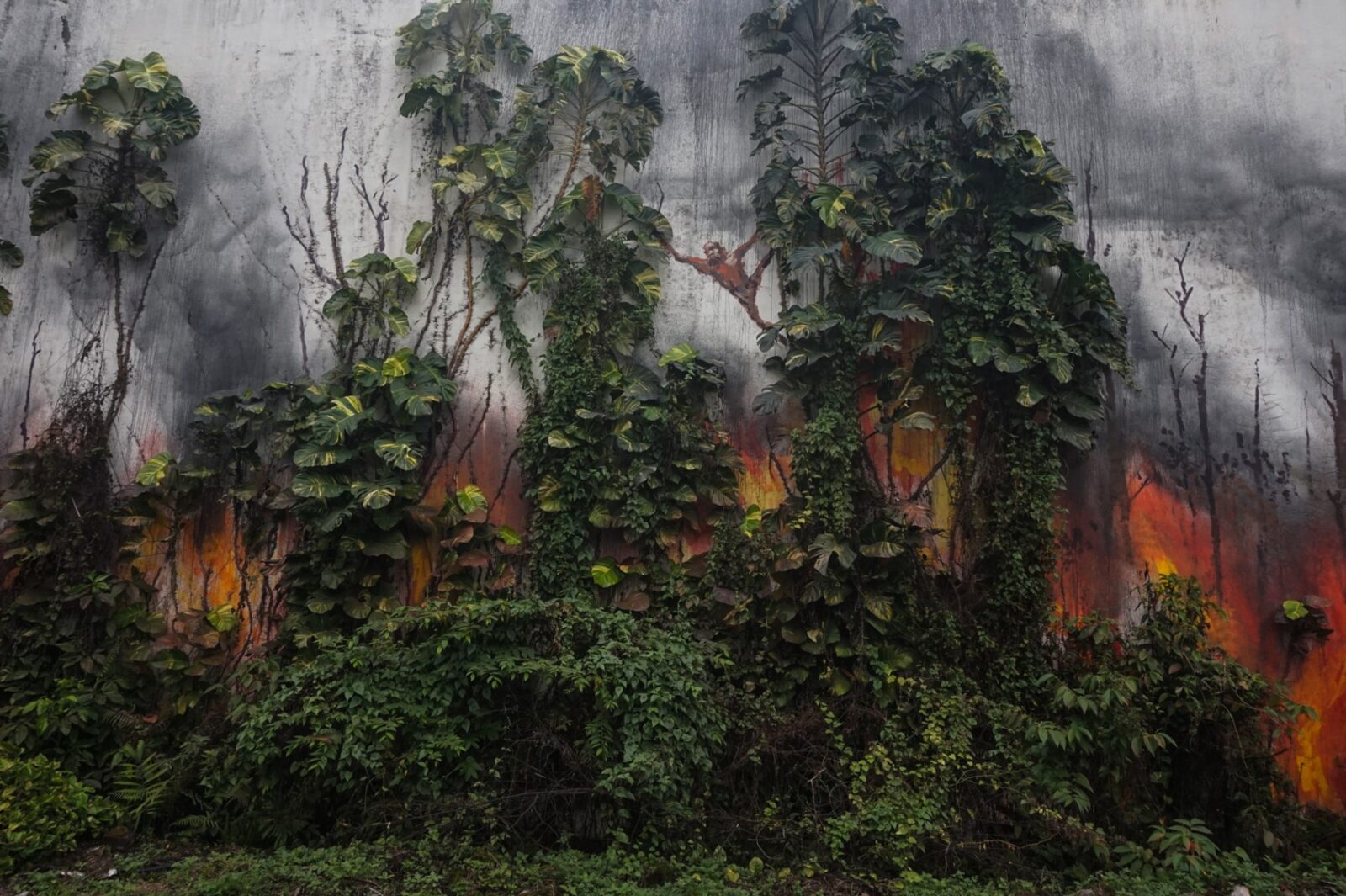 After researching the area and its local organizations, like the Orangutan Information Centre, the Lithuanian artist invited several fellow creatives to respond to the native landscape and the palm oil crisis through art installations. Since February, international artists have created murals, sculptures, and other works throughout Sumatra. Pieces include an orangutan mural painted by VHILS, Isaac Cordal’s miniature hazmat suit installation, and Zacharevic’s plantation intervention in which he inserted the message SOS into the landscape’s trees. 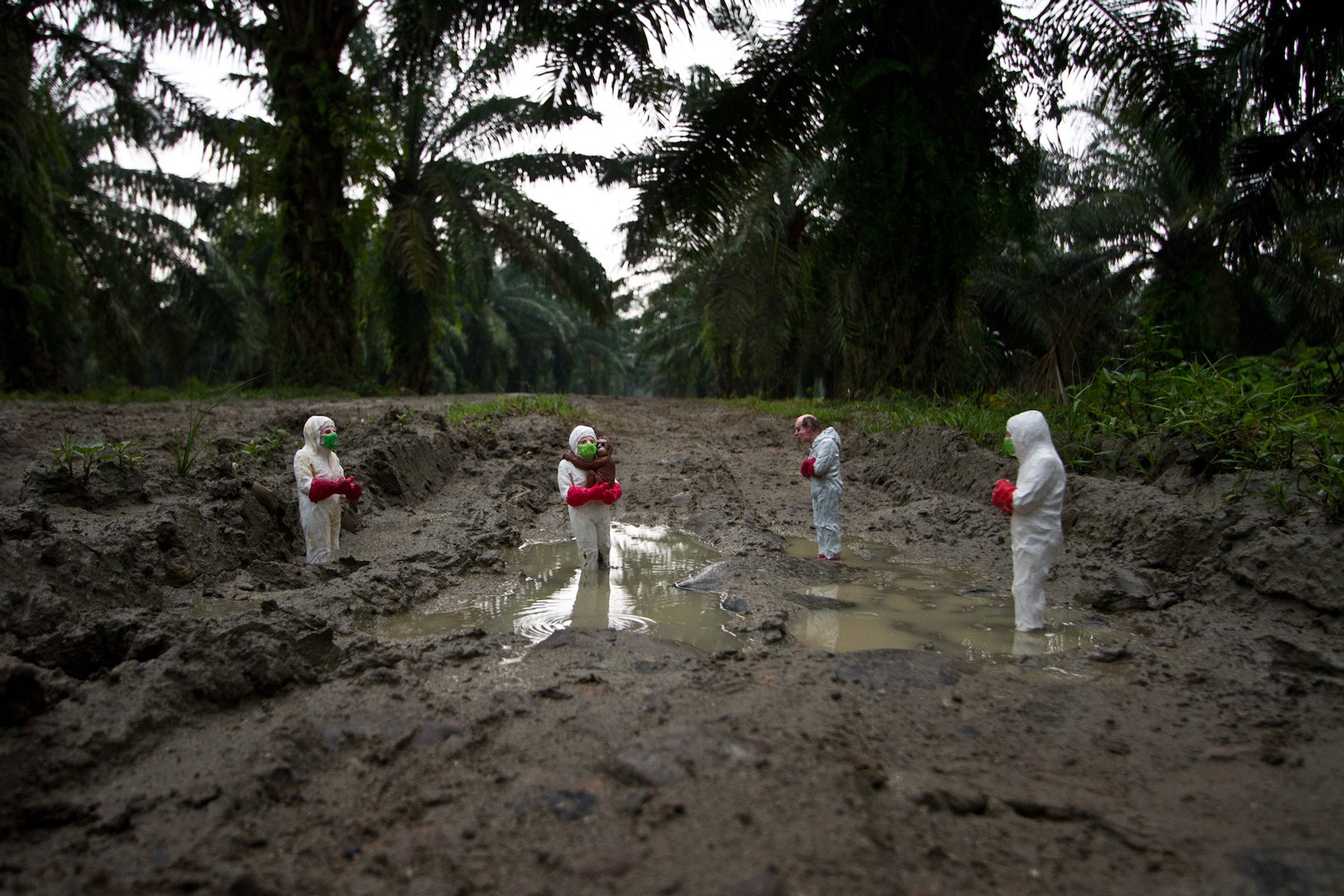 “I wanted to communicate the magnitude of the problem to a wider audience, as well as provide creative outlook, hope, and inspiration to local communities and conservationists,” says Zacharevic in a press release about the work. “From the ground, you would not suspect anything more than just another palm oil plantation, the aerial view however reveals an SOS distress signal. ‘Save our Souls’ is a message communicated to those at a distance, a reminder of the connectedness we share with nature. As more of the forests are lost, we lose a little bit of ourselves in the process.” 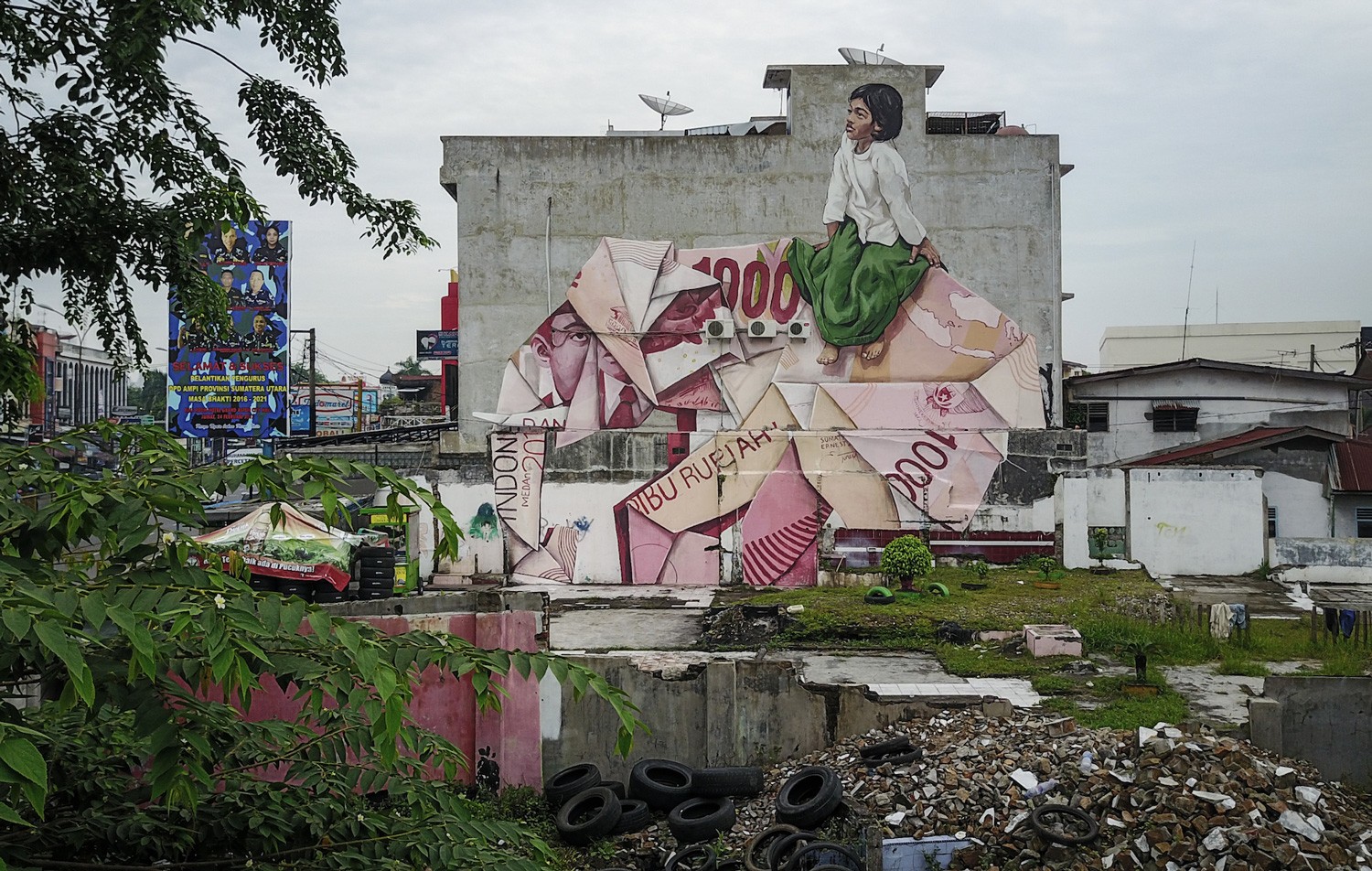 So far Splash and Burn has worked with Anders Gjennestad aka Strøk, Axel Void, Bibichun, Gabriel Pitcher, Isaac Cordal, Mark Jenkins, and Pixel Pancho. The ongoing initiative is curated by Zacharevic and coordinated by Charlotte Pyatt. To follow upcoming installations or support the project’s efforts visit the Sumatran Orangutan Society website or Splash and Burn’s Instagram.

10 Buzzy Gallery Shows Not to Miss in New York This Month, From Uptown to Tribeca

A 1,300-Year-Old Gold Necklace Found in an Early Christian Burial in...