Home News ‘Unsung Heroes’: A Show of Remarkable Designs Recognizes the Contributions Made by... 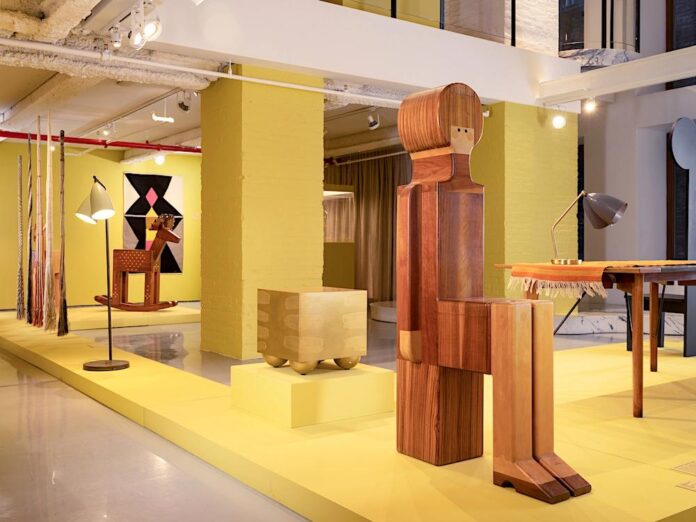 Twenty-five items form the colorful, tactile, and often humorous work of 14 women designers, both known and obscure, in the “Born Too Tall: California Women Designers, Postwar to Postmodern” exhibition at R & Company in Tribeca, New York.

“Southern California was a hotbed of creativity,” said Evan Snyderman, co-owner of R & Company and co-curator of the show with James Zemaitis, the company’s Director of Museum Relations. “And we thought, why not focus on unsung heroes—in particular the women who are often left out of the conversation, and are not in history books—and give them the credit they are due?” 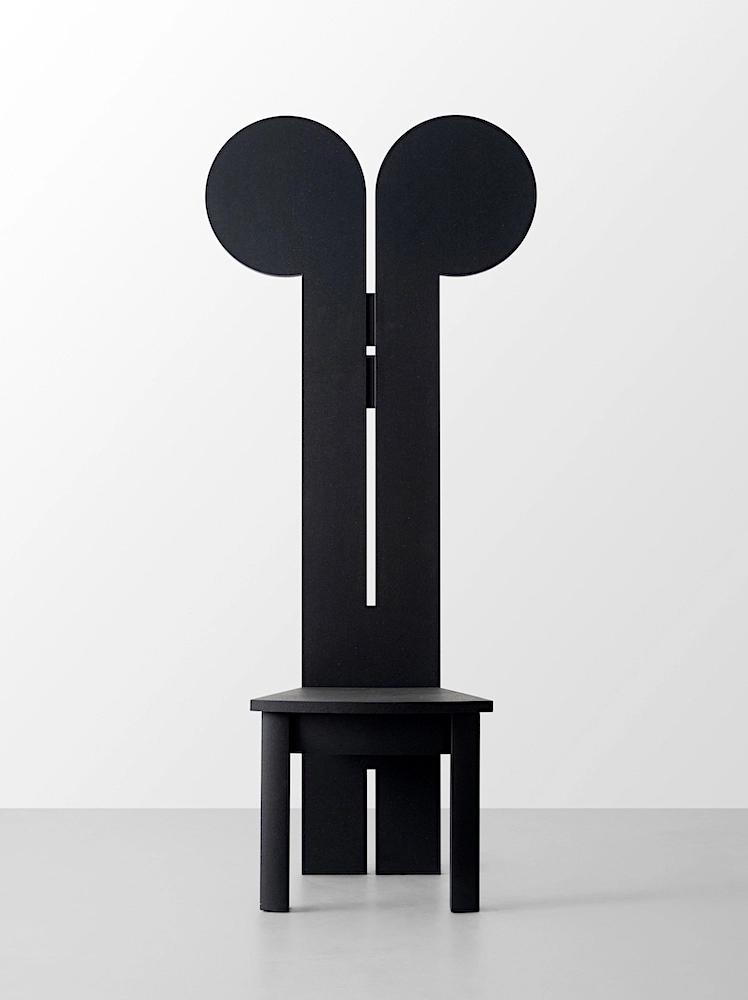 The show sheds overdue light on novel approaches by women experimenting with traditional processes and materials. A curved plywood sculpture by Ray Eames—newly reissued in a limited edition—is instantly recognizable, while animal-shaped furniture by Pamela Weir-Quiton comes as more of a delightful discovery. While still in college, Wendy Maruyama used then-verboten particle board, instead of wood, and car paint to create her chair (1981), which is today recognized as one of the earliest and most iconic examples of postmodern furniture. Arlene Fisch, in the early 1980s, incorporated sewing techniques to create unique pieces of gold and silver jewelry. 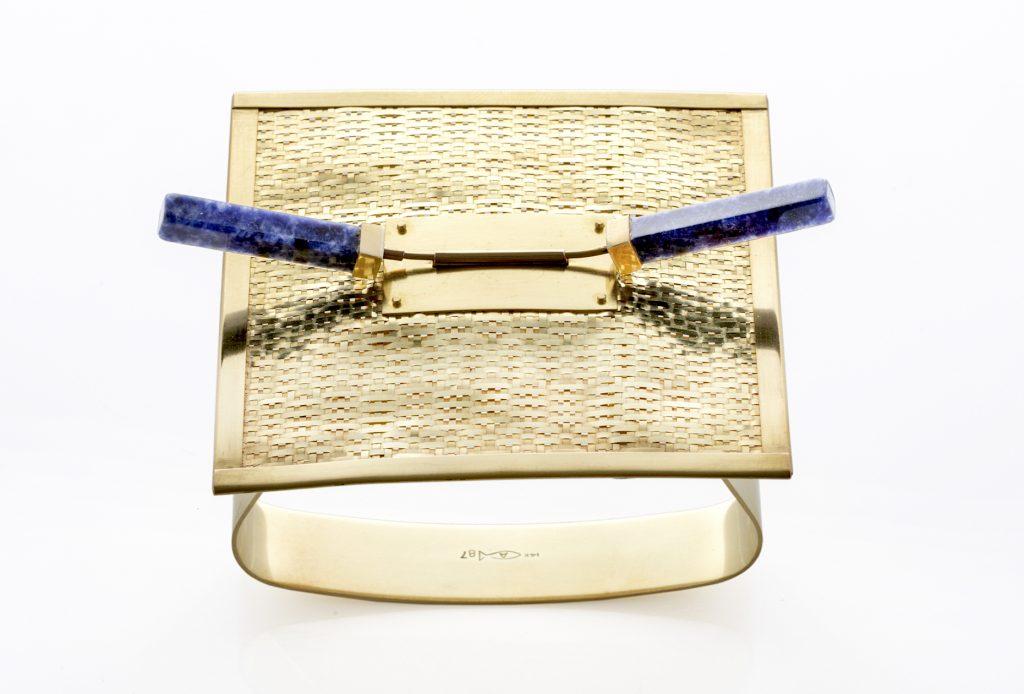 “This is something we have been championing for 25 years as a gallery, and is now finding its place in the contemporary design and art world,” said Snyderman. “We see this coming together of all these practices, and hierarchies breaking down between fine art, craft, sculpture, and design.”

The title of the show comes from a chapter title in , a bestselling memoir by Jade Snow Wong, whose pottery is featured in the exhibition. It refers to the writer’s dim marriage prospects but also typifies the “biology is destiny” trope that hampered the careers of so many female artists. 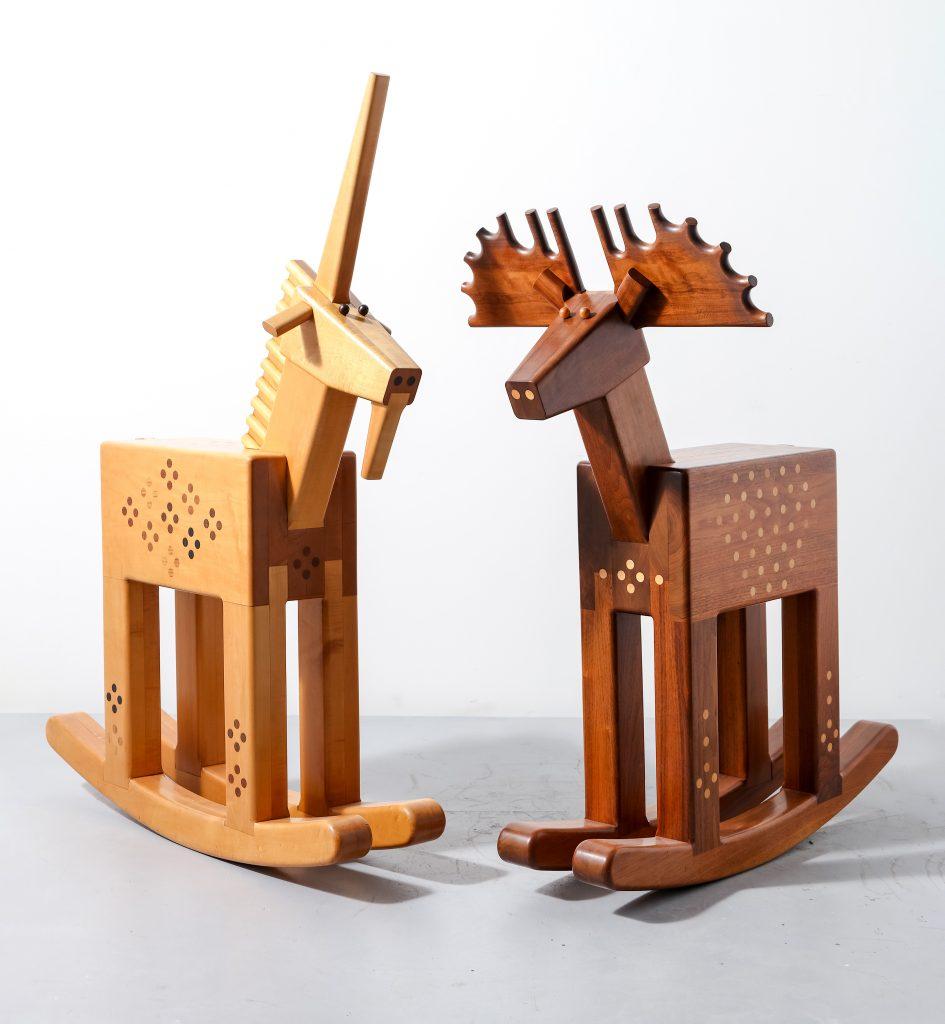 Some of the participants in the show had felt held back because they were doing something new. “There were no galleries around for me,” said Pamela Weir-Quiton, who, conversely, didn’t lack for commissions in her frenzy of creation fresh out of college (where she was the lone woman woodworker). It took close to a half century for a museum—in this case, LACMA, in 2019—to come around to acquiring one of her pieces, which is also featured in “Born Too Tall,” the figurative dresser and chair in a mix of walnut, birch and ebony. “My stuff never fit in to the brown woodworking of the ’60s,” said Weir-Quiton. “It was animated. It had eyes. It connects with you.”

California being a state larger than many countries, the geographic peg of the show doesn’t conjure any visual through-line. There’s a boho earthiness to some of the pottery and textile pieces from the 1970s, countered by the lyric midcentury elegance of Greta Magnusson Grossman’s double cone lamp of the late 1940s. Some artists acknowledge inspiration from the sunlight, openness, diversity, and “energy” of the West Coast. More than half of the artists are not from the state, but worked, studied, or taught there, and remain associated with it. 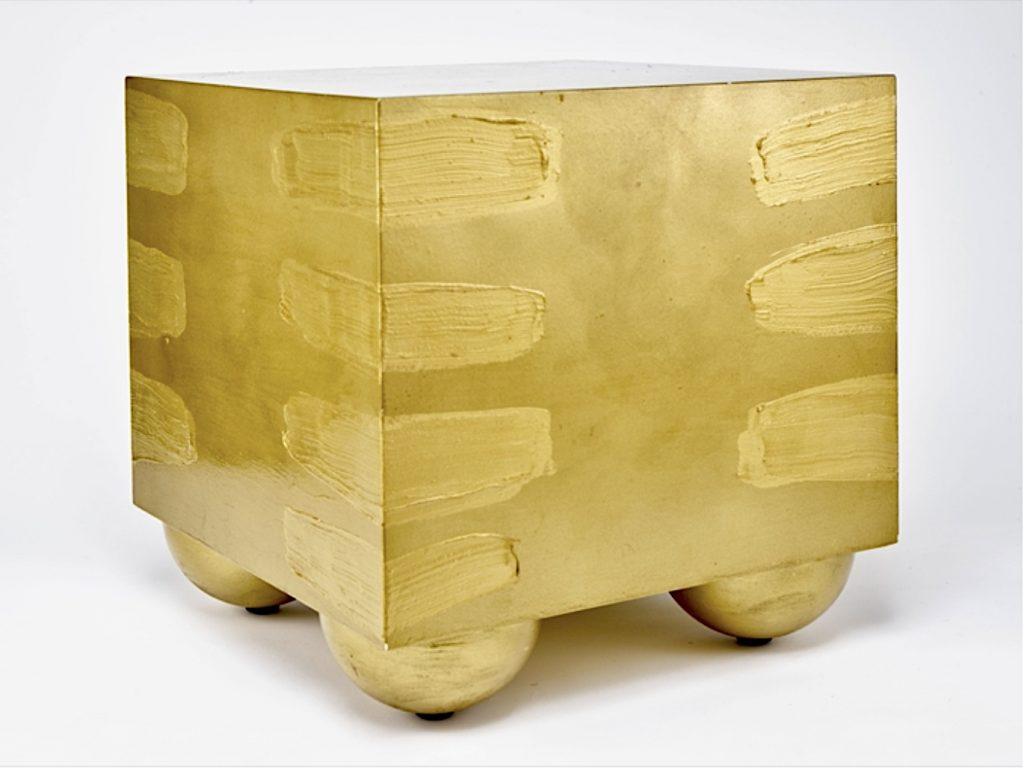 “I love the brightness, the light there,” said Cheryl R. Riley, a Texas native who lived and worked for two decades in San Francisco before settling on the East Coast. She has two cigarette tables in the show (a throwback to the time when a diminutive piece of furniture was designated for that activity). They easily double as stand-alone sculptures. She likens the medium to a sketch pad, or accessories, saying that their small size and low material cost allow for endless experimentation with shapes, colors, and finishes. “California is gold country, with the gold rushes, and there’s also the silver, with the Mexican culture.” She added, “I don’t have a fear of bling.”