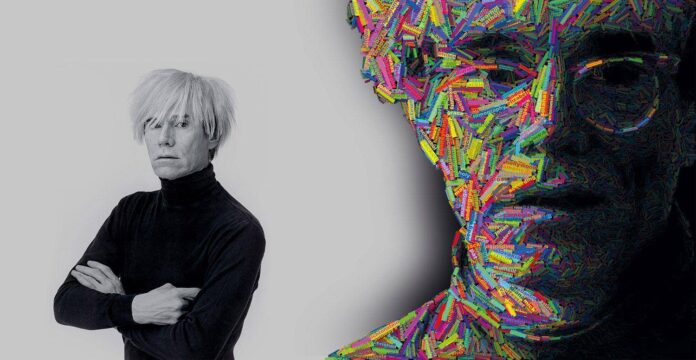 Andy Warhol is one of the most famous and recognizable artists of the twentieth century, but his Byzantine Catholic upbringing and his profound influence on his life and work remain a lesser-known side of his career. Andy Warhol: Revelation (November 19, 2021–June 19, 2022) explores the artist’s lifelong relationship with his faith, which has often appeared in his work.

The exhibition at the Brooklyn Museum explores lots of topics. Life and death, power and desire, the role and representation of women, Renaissance imagery, family and immigrant traditions and rituals, images and duplications of Christ, and the Catholic body and strange desire are among them.

The objects on display include rare source material and newly discovered items that provide a fresh perspective on Warhol’s creative process.  There are more than one hundred of them. One will be able to see some key paintings from his epic The Last Supper (1986), the experimental film Chelsea Girls. (1966), an unfinished film depicting the setting sun, commissioned by the de Menil family and funded by the Roman Catholic Church, and drawings by Warhol’s mother, Julia Warhol, when she lived with her son in New York.

The exhibition dedicated to Andy Warhol is available for visitors from November 19, 2021, to June 19, 2022. Brooklyn presentation hosted by Carmen Hermo, Associate Curator, Elizabeth A. Sackler Center for Feminist Art, Brooklyn Museum. The Brooklyn Museum is the ultimate venue for the exhibition that began in Andy Warhol Museum and later visited the Museum of Speedy Art, Louisville, Kentucky.

“Warhol was simultaneously flaunting his religion and his sexuality, and also hiding them, and these dualities explored in Revelation along with the push between sincerity and superficiality, disclosure and concealment, traditional and avant-garde, ”says Hermo. “This exhibition gives viewers are given the opportunity to reveal some of these touching – and very human -contradictions that were one of the driving forces of his artistic creativity. “

Andy Warhol was born Andrew Warhol in Pittsburgh to a devout family that worshiped in the tradition of the Byzantine Catholic Church, one of twenty-three Eastern Catholic Churches. Warhol grew up attending church with his mother, Julia, who has immigrated to the USA with her husband from modern Slovakia at the beginning of the twentieth century.

In the Warhola family’s Carpatho-Rusyn neighborhood of Ruska Dolina in Pittsburgh, a working-class immigrant enclave, life revolved around the church community and the young artist was deeply impacted by this environment.

Warhol continued to attend church in New York. The artist prayed in the Eastern, Roman, and Anglican languages. Even after the legendary parties at his studio, the Silver Factory, Warhol returned to the quiet house in which he lived with his mother, who prayed with him every morning before leaving for another day of fruitful, historic work.

In an era that favored abstract expressionism, Andy Warhol embraced an accessible visual language. Andy Warhol gained fame due to the fact that he extracted worldly images from common everyday images. He brought media to high art, using avant-garde approaches to the study of traditional themes of power, desire, and fragility of life.

The exhibition at Brooklyn museum is organized around topics such as role and representation of women, themes and models of the Renaissance, Catholic body and corporeality, family and diaspora traditions and beliefs, as well as imitation, and duplication of Christ.

His monumental crosses, appropriation by Western masterpieces and images of Christ directly reference biblical stories, but Andy Warhol also created works encoded with images of spirituality and others that confused strange desires with catholic imagery. Newly discovered items such as original popular 200 Eastern Parkway, Brooklyn, NY 11238-6052 718.501.6354 press@brooklynmuseum.org May 6, 2021, 3 of 3 encyclopedia sources for his epic series The Last Supper and ephemera from his baptism to his audience with the Pope at his funeral in New York and Pittsburgh provides an intimate look at Warhol’s creative process.

Get To Know Malnutrition And Its Common Causes