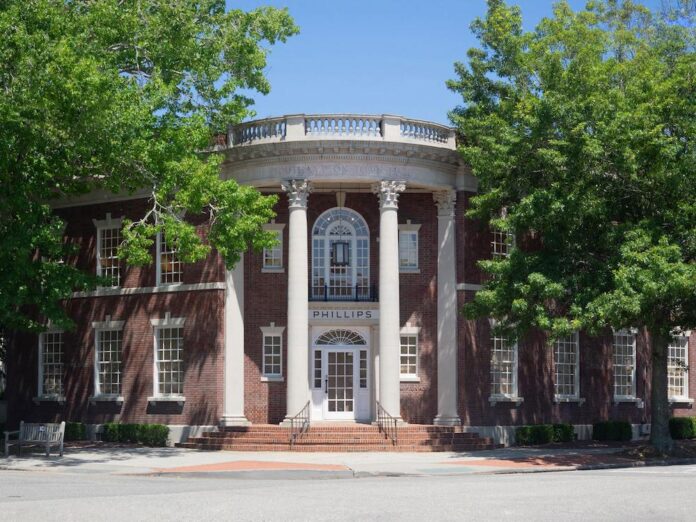 Just four months ago, this very outlet published a story with the headline: In 2020, Blue-Chip Art Businesses Flocked to the Hamptons. Are They in It for the Long Haul?

At the time, the answer seemed to be yes—but that was then, and this is now. Earlier this week, both Phillips and Christie’s auction houses confirmed that they would be vacating their Southampton outposts, established in 2020 and 2021 respectively.

In August 2020, Phillips set up shop at the 6,000-square-foot two-level building that originally served as the town hall before being taken over by Pottery Barn and then Saks Fifth Avenue. Phillips held its first live auction there this past June, which performed within expectations.

Wealthy collectors and art patrons decamped from New York City in the early months of the pandemic to the tony enclaves of East Hampton and Southampton, and amenities from hospitals to blue-chip galleries followed suit. Pace, Hauser & Wirth, and Skarstedt all set up outposts and launched successful selling exhibitions, taking advantage of the tight-knit community and abundance of discretionary income. Dealers like Eric Firestone, who has been in East Hampton for 12 years and now operates two spaces there, said that with the influx of new art spaces, “the whole landscape has changed.”

Now, though, the center of gravity has shifted back to Manhattan and industry talk is more likely to veer toward the looming recession as interest rates soar and Russian control of gas threatens the energy sector across Europe.

“Christie’s has enjoyed two active and successful seasons in Southampton; we thank the community for its support,” a spokesperson said. “Christie’s will be in the Hamptons during the 2023 season with programming and engagement opportunities, and we’ll continue to prioritize meeting our clients where they are across the Americas.”

Meanwhile, Phillips told  “The Hamptons remain an important and vibrant collecting community,” adding, “As we continue to diversify and expand our audience, we welcome all those in the area to join us for our sales and events at our 432 Park Avenue headquarters in New York City.”

Is This an Early Rembrandt? A Collector and Art Sleuth Believes He Has Found a Lost Work by the Dutch Master

Drake Is the Surprise Angel Investor Behind the Resurgence of Luna Luna, a 1987 Art Carnival With Rides by Haring, Basquiat, and Dalí